Flemish artist Johan Van Geluwe died unexpectedly at home less than a year after the public celebration of his 90th birthday. Van Geluwe knew how to combine the global dimension of his work with regional and folk culture. He followed the work of Ons Erfdeel closely. He designed the covers of the 2005 magazine.

In his everyday life, he worked creatively as an architect, as a professor of Architecture and an artist. In his other life, he undertook innumerable tasks and functions, otherwise unfulfilled by society, that provided mental oxygen to many in our confusing times. Van Geluwe's quirkiness was combined with great openness of spirit. Using a playful mixture of humour and seriousness he could simultaneously exhort and put things into perspective.

His life and artistry were closely interwoven, and the latter formed a nebulous network of factual and fictional elements. Those who look at a specific element too earnestly risk missing the underlying irony.

Yet, if we consider everything in a spirit of playfulness, we might not recognise how serious it is. For him, a fanciful thought could point to reality while a collection of objects could point to a subtle line of thought. His method was closely aligned to the art developments of the 1960s, 70s and 80s: the readymade, the use of language and performance, the elevation of ideas, collections and communication to art, the introduction of contemporary media such as mail-art, slides and art installations.

An important factor is the breaking-down of time and space. Very early, the artist saw his work as functioning in a wider world. His mail-art reached from Japan to South America and even penetrated the maze that was the Iron Curtain. He believed that fictional institutions such as the Museum of Museums were global in nature. He corresponded with several international artists, curators and architects. Unlike his contemporaries, he knew how to combine the contemporary and global dimensions of his work with folk and regional culture. He strove for a life that was embedded in Flanders and Waregem, his place of residence, and at the same time, fully international. Every art project was connected to the place where he exhibited it.

This connection to place started with the integration of architecture and many references to its cultural and social context. Everything he took into his hands comprised a utopian longing for a harmony that really exists only in spirit and is only occasionally approached in art and culture. In his work the cross-pollination of history and utopia, but also folk culture and 'high' culture, often had a disorienting effect on cultural iconoclasts.

As an artist-conservator, Johan Van Geluwe developed extensive collections of postcards, books and all sorts of objects. Before the age of the Internet, he possessed a mass of information about architecture and art gathered from everywhere. He left traces in museums in the form of stamps and postcards. No one knows how many of those traces remain in art archives and museum inventories.

In installations and fictional museums, he transformed objects into multiple layers of meaning. Every layer had value but was relativized by the other layers. A viewer could realise the futile character of kitsch but, paradoxically, this also increased the viewer's awareness of its emotional role for many people with the result that the installations acquired a conceptual beauty in their critical dimension.

Van Geluwe's work illustrates how different cultural levels, countries, eras and fields of expertise constantly interact with each other, although they often claim separateness from other life domains.

The critical aspect is omnipresent, but rather playfully admonishing. The questioning of power and hierarchy runs like a red thread through his work. This is revealed in his alertness to the art institutes, which should be free havens for artists and the experience of art, rather than a strict streamlining of values from management or government. Above all, Van Geluwe kept his art out of the commercial circuit. Inventiveness took precedence over serial production, content over market value. Not that the artist dogmatically expressed all the critical points of focus in his relationships or artistic opinion; rather, he applied the principles in the first place to his own practice by way of example.

All of this takes nothing away from an artist who enjoyed significant national and international honours. He exhibited often in Germany, Switzerland, the Netherlands and in his own country. The well-known Swiss curator Harald Szeemann honoured Van Geluwe with a place of honour in the "Visionary Belgium" exhibit at the Bozar. He received the national prize and became an honorary citizen of Waregem. He earned a great deal of press attention and respect from the cultural milieu. He became a well-revered figure throughout most of the art world. Today, he continues to inspire artists and art lovers. The Johan Van Geluwe Foundation supervises the exhibition and study of his work in close collaboration with the Waregem city archive. There is still much to discover about him. 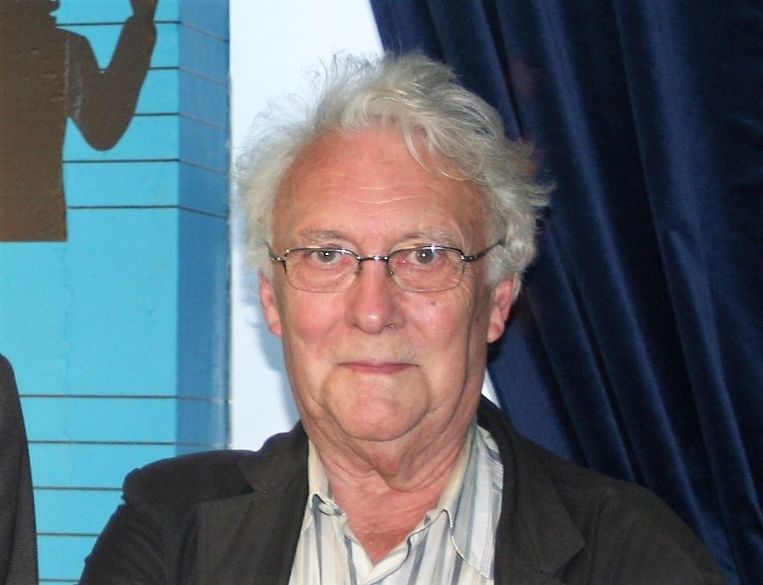