One hundred years after the Olympic Games in Antwerp, there are at first sight few tangible traces of the Olympiad of 1920 remaining in the city. An interactive walking route through the Olympic neighbourhood of the Kiel and a tour of the famous ring logo at several Olympic venues should change that.

Ask an Antwerp resident for directions to the Olympic stadium and there is a good chance that he will stare blankly at you, uncomprehending. Ask him the way to 't Kiel, however, and he will immediately direct you to the stadium the 'mannekens' (chaps) of den Beerschot football team call home. You can even go there by tram. Get off at the stop… Olympiad. 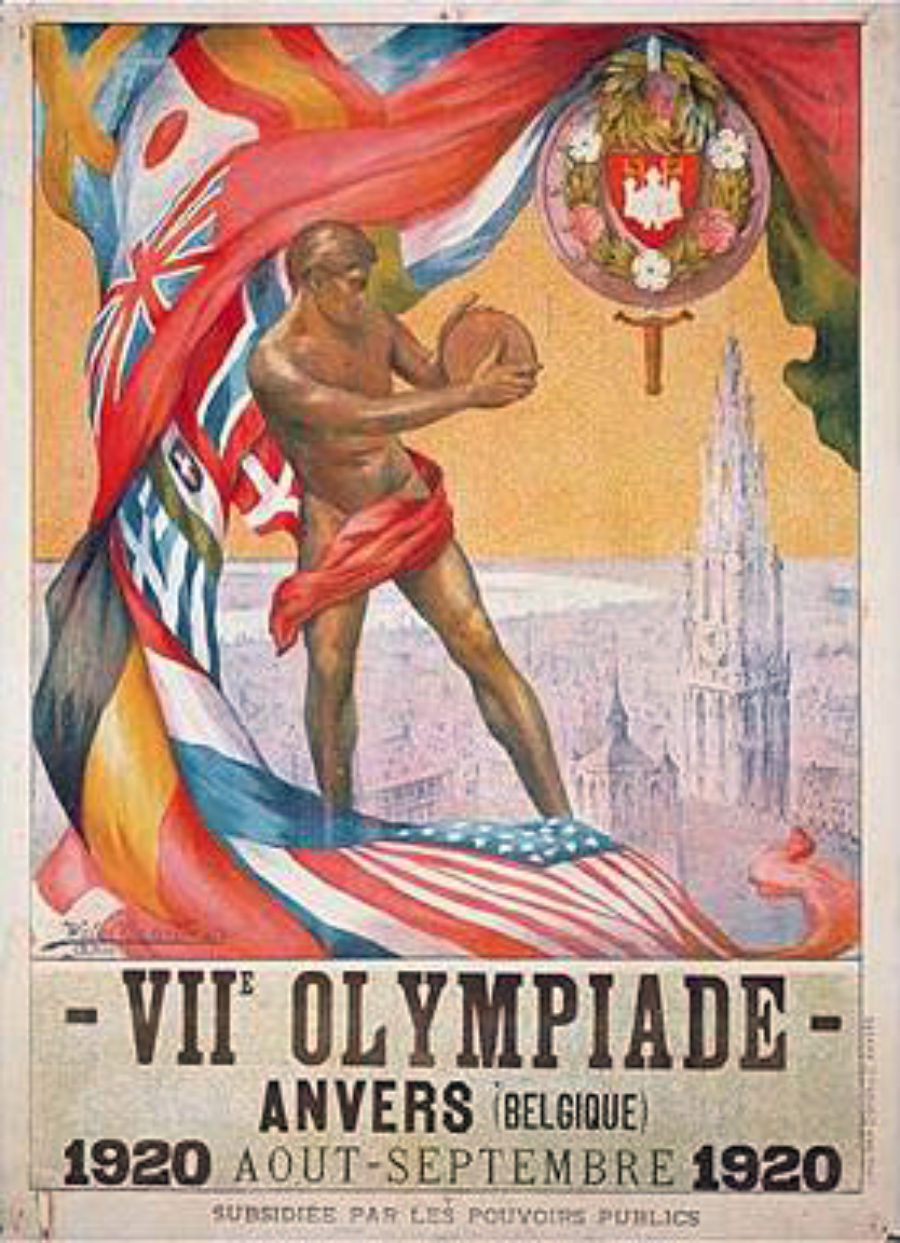 Poster of the 1920 Olympic Games © Wikipedia

The Antwerp Olympic Games are closely intertwined with the history of the Beerschot football club. We may have learned in school that the 1920 Olympics were awarded to Antwerp to support “brave little Belgium” after four devastating years of war, but a look at the history of the Antwerp event shows that the matter is altogether more complex than that. In fact, Antwerp’s lobby to bring the seventh edition of the 'modern' Games to the port city started in the years before the First World War and the founders of den Beerschot played a pioneering role in the process.

The Beerschot Athletics Club was founded in 1899 by Alfred Grisar. The initially multidisciplinary sports club occupied a plot in the Beerschotshof, in today’s Kiel district, which had belonged to Alfred's father, Ernest Grisar. The football section was started in February 1900. Alfred Grisar and the Beerschot chairman Paul Havenith were part of the committee that worked to bring the Olympic Games to Antwerp. To begin with, the idea of organising an 'Olympiad' had started to take hold in the minds of the upper-crust Antwerp population after the Olympic Games were held in Stockholm in 1912. From 1913 onwards, negotiations were started with Pierre de Coubertin, the founder of the modern Games, to have the 1920 event in Antwerp. Indeed, the Beerschot stadium had already been renovated to meet Olympic requirements.

During World War I, decisions about the next Olympiad were understandably not a priority. The final choice of Antwerp as host city was not made until 1919. Politically, things were running smoothly: on the one hand, de Coubertin wanted to avoid that the first Games after the war would have an atmosphere of allied victory; on the other hand, there was little enthusiasm for organising the Games in countries that had sided with the Germans. The choice of Belgium, which had been the battlefield of the war whether they liked it or not, was therefore a fairly pragmatic solution even if, in the showy rhetoric of those days people talked about 'un homage unanime' (a unanimous homage).

In practical terms, the football field already had a stand for 2,200 spectators and was surrounded by an athletics track and standing bays. A cafeteria and changing rooms had also been built. An Olympic stadium had to be able to accommodate several tens of thousands of spectators and had to include royal boxes and a press gallery with the modern communication equipment of the time. The club is still proud that their existing infrastructure so impressed de Coubertin that he promptly decided to allocate the Games to Antwerp.

Traces of the original stadium are scarce. In the past one hundred years, the venue has changed its appearance several times. However, the street names in the neighbourhood are silent reminders of the Olympic past. There, you will find Athletes Street (Atletenstraat), Discus-Throwers Street (Schijfwerpersstraat), Gymnasts Street (Turnersstraat) and VII Olympiad Street (VIIde Olympiadestraat). The fence around the stadium is decorated with banners highlighting its Olympic history, and a “Walk of Fame” nearby brings the Games back to life in an interactive manner.

This interactive route runs for about five kilometres along various locations in the Olympic district. The course was coordinated by Joost Van Der Vliet, sports expert for the City of Antwerp, who says: ‘With the Walk of Fame we want to put the Kiel district in the picture. The various “sports streets” in the area provide a thematic walk with the Olympic Stadium as the start and end points, while facts about the Olympic Games are printed on the utility cabinets in those streets. By scanning the QR codes on those cabinets, the participants learn more about the history of the Games in Antwerp. At the same time, they also get to see links to the wide range of sports on offer in the city today.’ 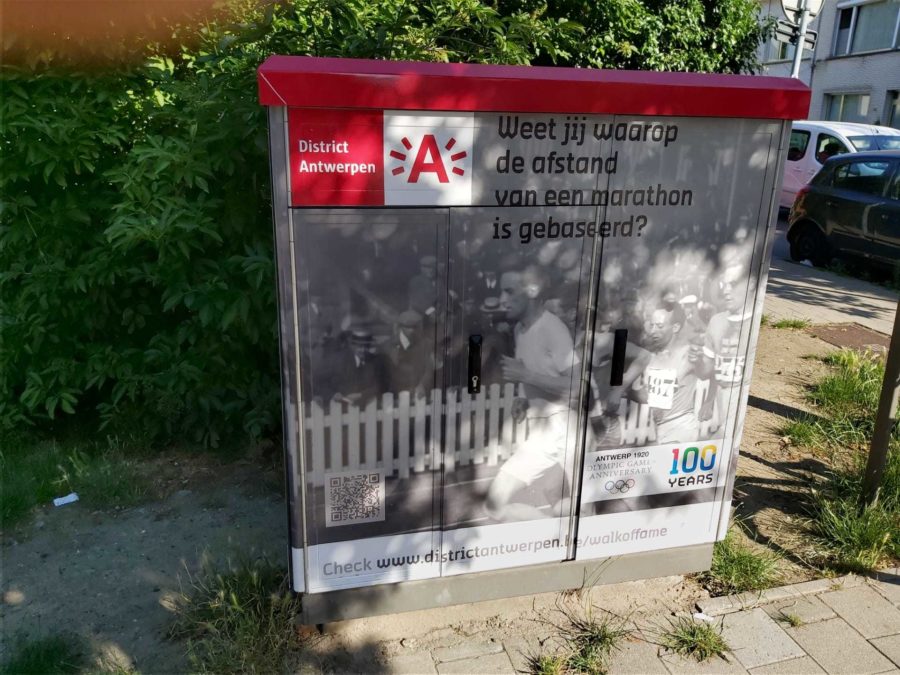 Rings on the road

No other Flemish city has treated its architectural heritage as carelessly as Antwerp. Little of the tangible infrastructure from the 1920s has survived at most of the stops along the route or anywhere else in the city. In order to make the city's Olympic past more accessible to a contemporary audience, a mobile exhibition with an Olympic Rings theme has been travelling through the various Antwerp districts since 7 May. 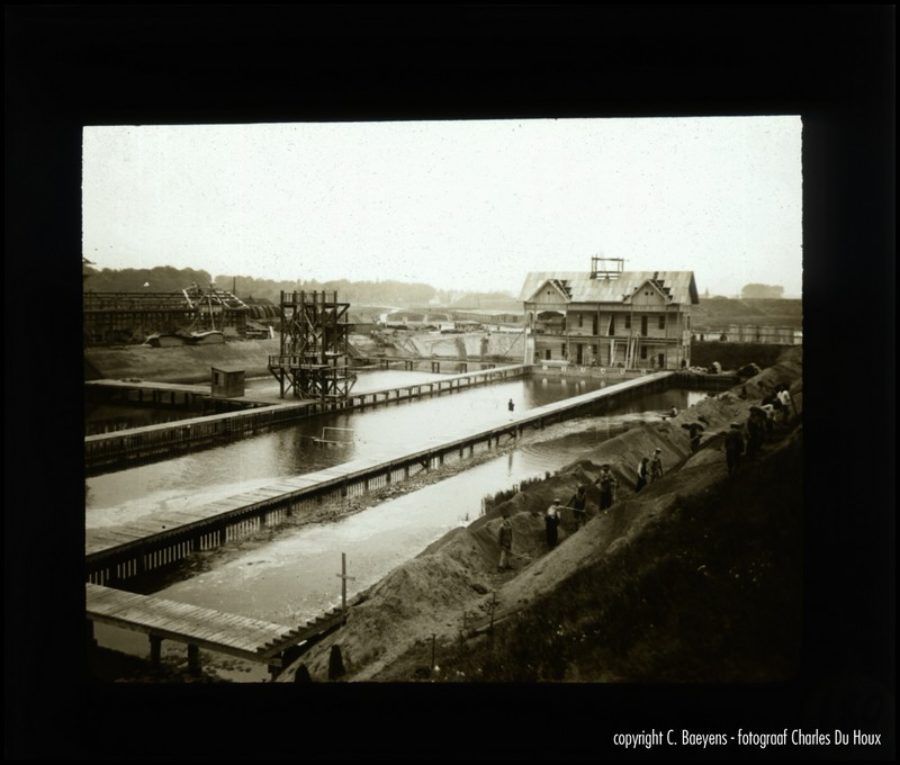 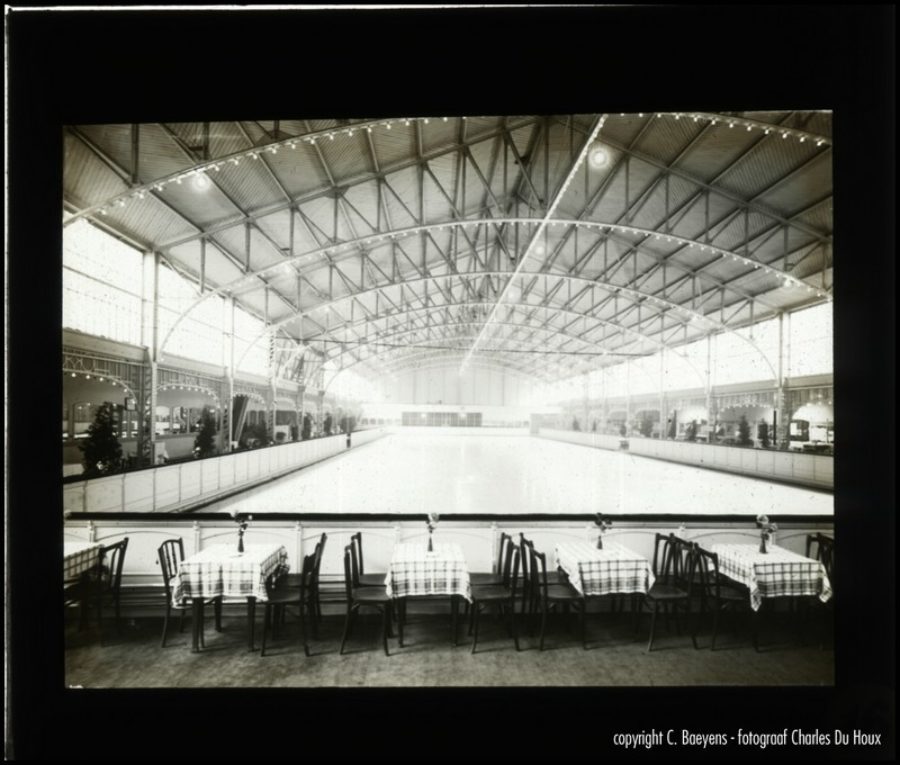 The rings can be seen in the coming weeks at the Antwerp Zoo and on the Operaplein, which is not far from where the Ice Palace once stood. The building made way for a parking garage in 2016, but until then it was considered the last relic of the Antwerp Olympic Games. The Rings have also stopped at the intersection of the Le Grellelaan and the Singel, at the Wezenberg Olympic swimming pool. In 1920, swimming, diving and water polo competitions were organised on the site of the current swimming pool/fitness centre. Back then, it was a modest open-air bathing complex. The current infrastructure was built in 1973 and recently renovated. De Wezenberg pool is still the home base of the Brabo swimming club, whose members include Olympians such as Pieter Timmers (Silver medal, 100-meter freestyle at Rio de Janeiro in 2016) and Kimberley Buys (holder of several European medals). 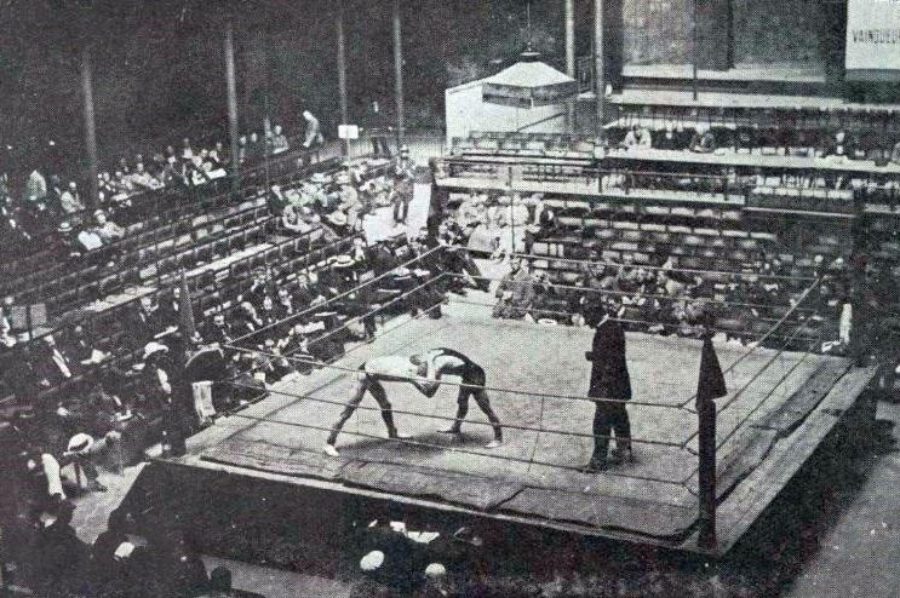 A wrestling match in the ballroom of the Antwerp Zoo © Wikipedia

Van der Vliet acknowledges that ‘the Games took place at various locations in Antwerp and its surrounding areas, but almost all of the venues have disappeared. The Ice Palace was considered the place to be, while boxing and wrestling matches were held at the Zoo. We want to bring these stories to life, for example with radio plays for adults and children that can also be heard via a QR code. Antwerp does not emphasise its status as an Olympic city enough. We want to change that now.’

On 12 September, the Olympic rings will come ‘home’ to a small park in the Kiel district.