At the Amsterdam Light Festival, which illuminates the city with the most wonderful works of art, one light installation refers to a dark page in Dutch history. Hiding in the Wolf’s Lair brings back alive the fact that during the Second World War, the Amsterdam Artis Zoo served as a hiding place for Jews and members of the resistance, while German soldiers continued coming to the zoo for entertainment.

The theme of this year’s Amsterdam Light Festival is 'Disrupt'. Republic of Amsterdam Radio, a 'storytelling' collective consisting of self-proclaimed 'history nerds', and design studio Nomad Tinker House created the light installation Hiding in the Wolf’s Lair, based on what is believed to be the most disruptive event in Amsterdam's history, the Second World War.

During the occupation, around 250 people hid in Amsterdam Artis Zoo to escape from Nazi persecution. Among them were Jews, resistance fighters, young men who didn't want to get sent to forced labour camps in Germany, and even entire families. Some sought refuge in the zoo for one or two days, some even stayed months or years. 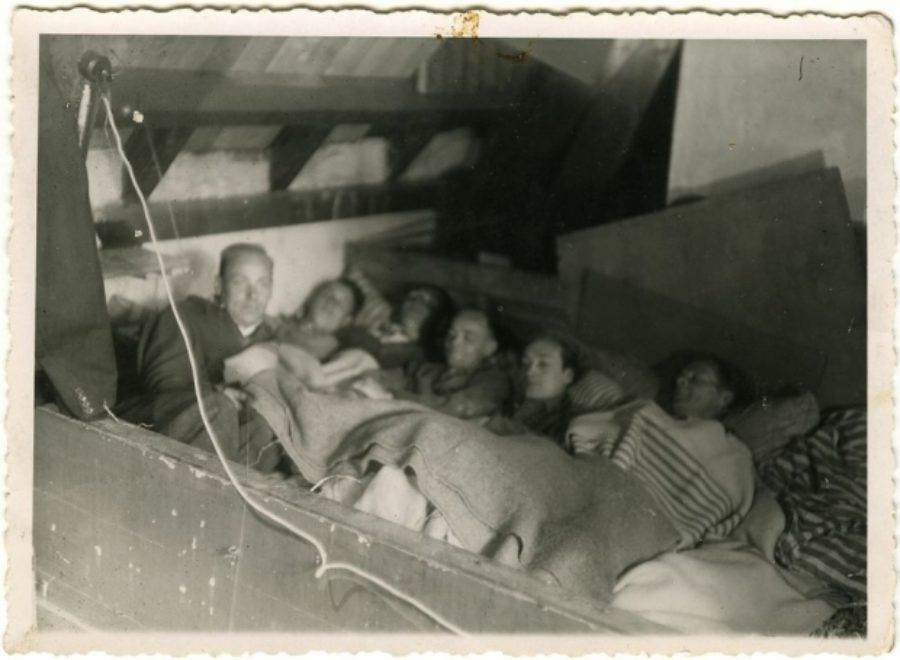 Hiding in the Wolf’s Lair is currently installed at the rear of Amsterdam Artis Zoo on the Plantage Muidergracht, opposite De Groene Olifant on Sarphatistraat. The piece shows four ominously glowing wolves roaming free around the zoo grounds, while a group of silhouetted figures hide from them in the attic of one of the zoo buildings.

The hostility between man and wolf, as expressed in Hiding in the Wolf’s Lair, has been used since days long ago as a symbol of our own fear of ‘different’ people, for instance in the well-known ancient Latin phrase homo homini lupus: ‘man is wolf to man’. Although our society nowadays is caught up in so many new issues, this installation reminds us of the disruptive consequences of fearing our fellow man. 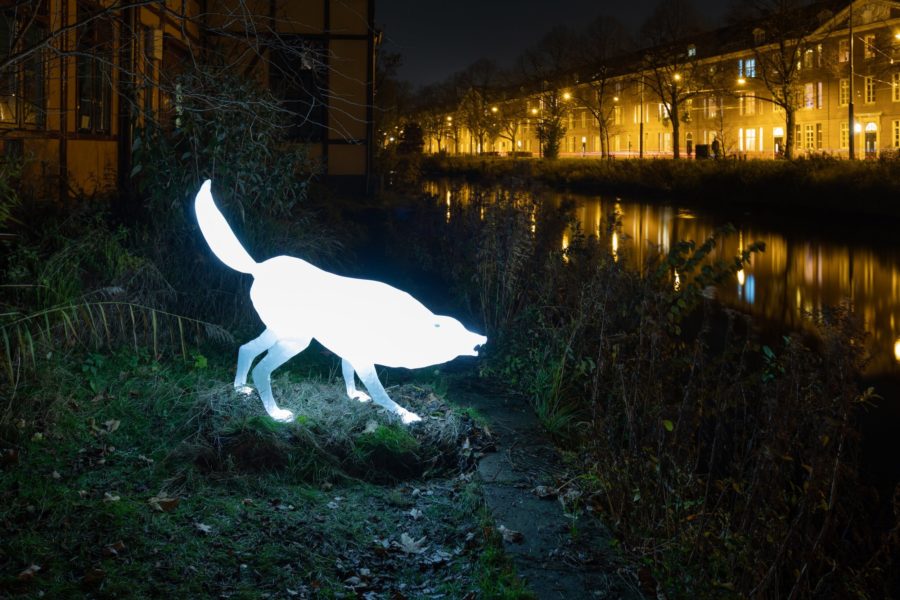 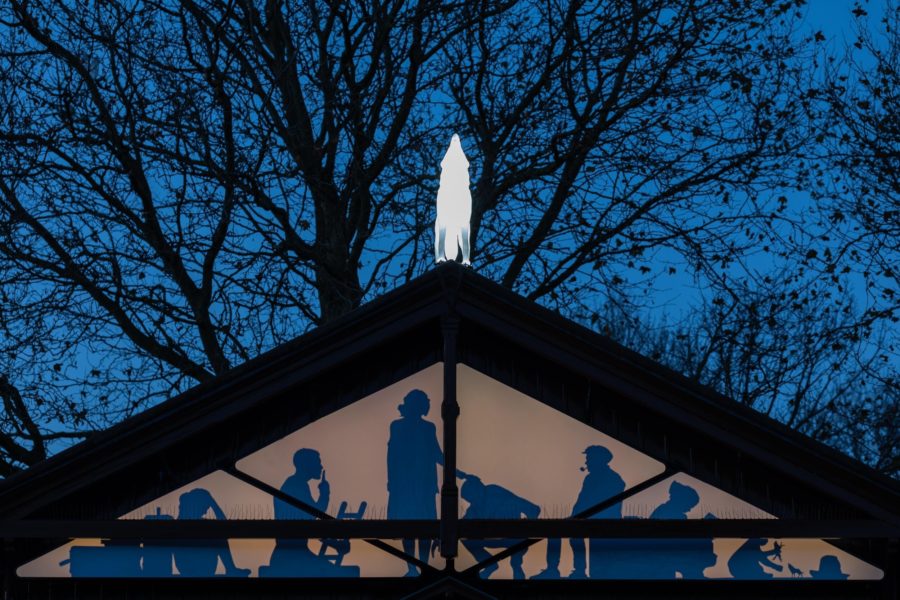 They hid in administration buildings, in storage rooms and even in animal exhibits, such as the monkey rock, the bear palace and the wolf house and were kept alive with the help of zoo staff. Amazingly, nobody who hid in the zoo was ever caught, which is even more remarkable given that Artis was one of the favourite places for occupying soldiers to visit in Amsterdam. 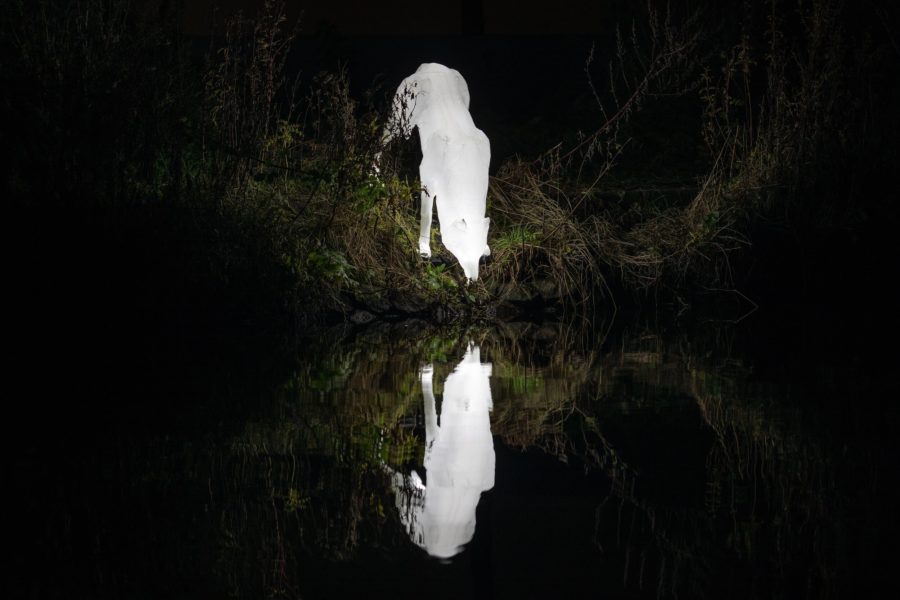 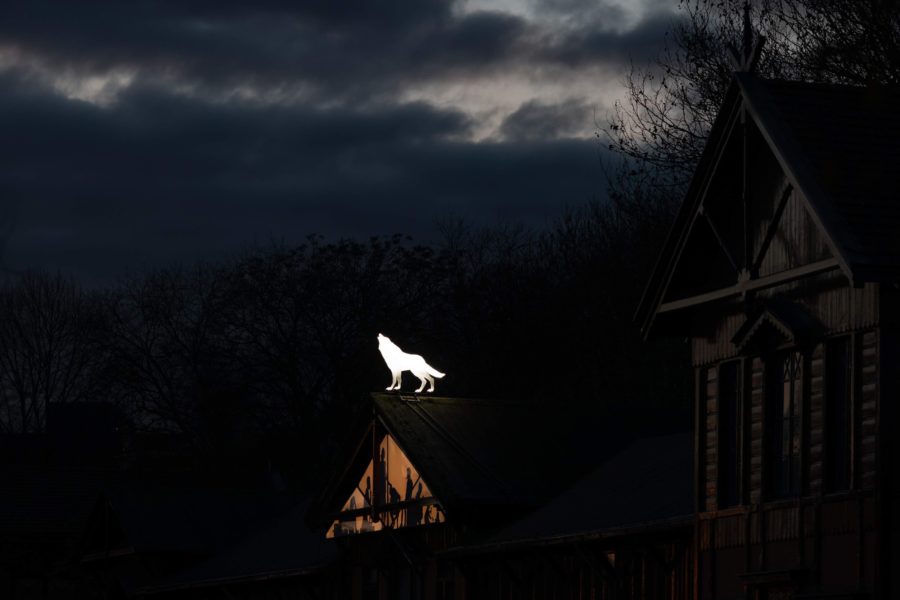 As a companion to this art piece, Republic of Amsterdam Radio created a special episode of their History of the Netherlands podcast and dives into the story of Amsterdam's zoo during the Second World War and the people who managed to survive by hiding there. To guide the listener through this story, Republic of Amsterdam Radio interviewed the former director of Artis, Maarten Frankenhuis, who wrote Overleven in de Dierentuin (Surviving in the Zoo). Frankenhuis himself is a Second World War survivor.