Breitner Versus Israëls: When Art Becomes a Boxing Match

This summer Kunstmuseum in The Hague focuses on the interaction between George Hendrik Breitner and Isaac Israëls, who were among the most important figures in Dutch painting at the end of the nineteenth century. The exhibition Breitner versus Israëls, friends and rivals, presented as a boxing match, revolves around the artists' friendship, competition and rivalry.

If you wonder if this is a new museum: it changed its name from Gemeentemuseum to Kunstmuseum Den Haag but remains located in the same spot in The Hague.

Enter this exhibition and meet the two men. Pay careful attention: included are two sets of boxing gloves - not for visitors' use! This exhibition treats visitors to several rounds, knock-outs, ending in a game-set-match and a chance to vote for a winner.

No worry: all it requires is an interest in art, some of your spare time, a stroll and a pair of keen eyes as well as a set of excellent ears when opting to use the audio tour as well. That's all one needs to enjoy this boxing match - sorry - exhibition. 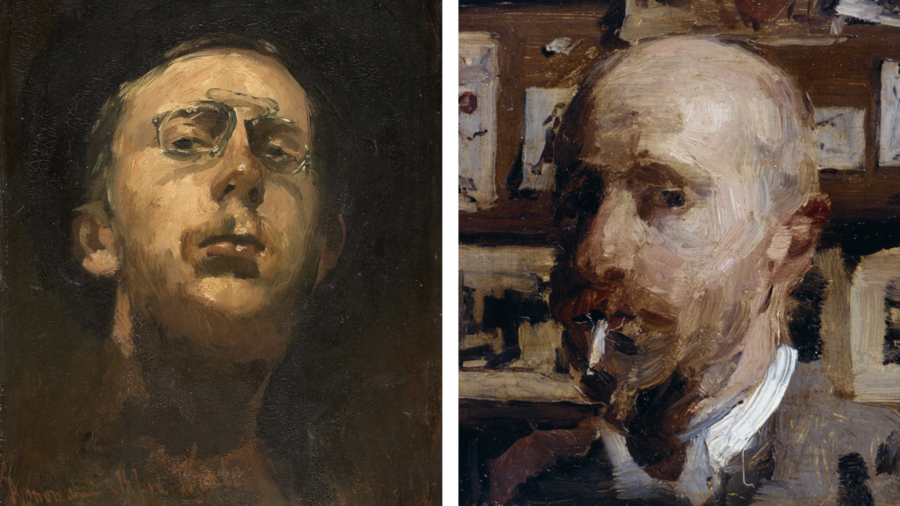 Round one: The Hague

The boxing match and exhibition start in The Hague. Both artists meet at its art college and become friends. George Hendrik Breitner (1857-1923) was supposed to become a clerk or official but opted to become an artist. An unconventional background ensures, he will have to battle inner demons like self-doubt and what he thinks is a lack of proper training, drawing, painting.

Isaac Israëls (1865-1934) on the other hand, is young and talented. His father is the famous Jozef Israëls. Having been trained as an artist and not lacking talent, he will have to crush his father's towering influence, as well as high expectations of Dutch art lovers and critics.

Isaac Israels, The funeral of the hunter, 1882 © Kunstmuseum The Hague.

While studying and training, Breitner meets Vincent van Gogh. He had joined brother Theo at a local branch of the French art dealer Goupil & Cie in The Hague. Both men draw and paint together, choosing similar topics. A few early works by van Gogh are displayed in this exhibition.

Meanwhile, Israëls and Breitner chose the same niche. Smaller and larger drawings and paintings show both creating military scenes. But their styles differ.

With the help of pa Israëls, Isaac's work showing a military funeral is exhibited at the Paris Salon. But the golden boy fails to obtain the first prize, fulfilling dad's ambitions and the high expectations of Dutch art lovers and critics.

Nevertheless: he portrays society ladies, while Breitner lacks upper-class contacts and is shunned by society. Israëls' portrait of Nanette Enthoven-Enthoven bowls Breitner over.

A few years later, both artists have moved to Amsterdam, each even having a studio at the same address. In 1892, Israëls passes an art dealer's shop window. It contains a wonderful, snowy city-scene which knocks Israëls flat out. Breitner painted it and Israëls is so impressed by it, he is unable to exhibit any painting for months: knock-out!

Things slightly improve for Israëls, when he starts painting similar scenes as Breitner, in a similar style. Both men now paint labourers, servant girls, the poor - and Amsterdam streets and shops. 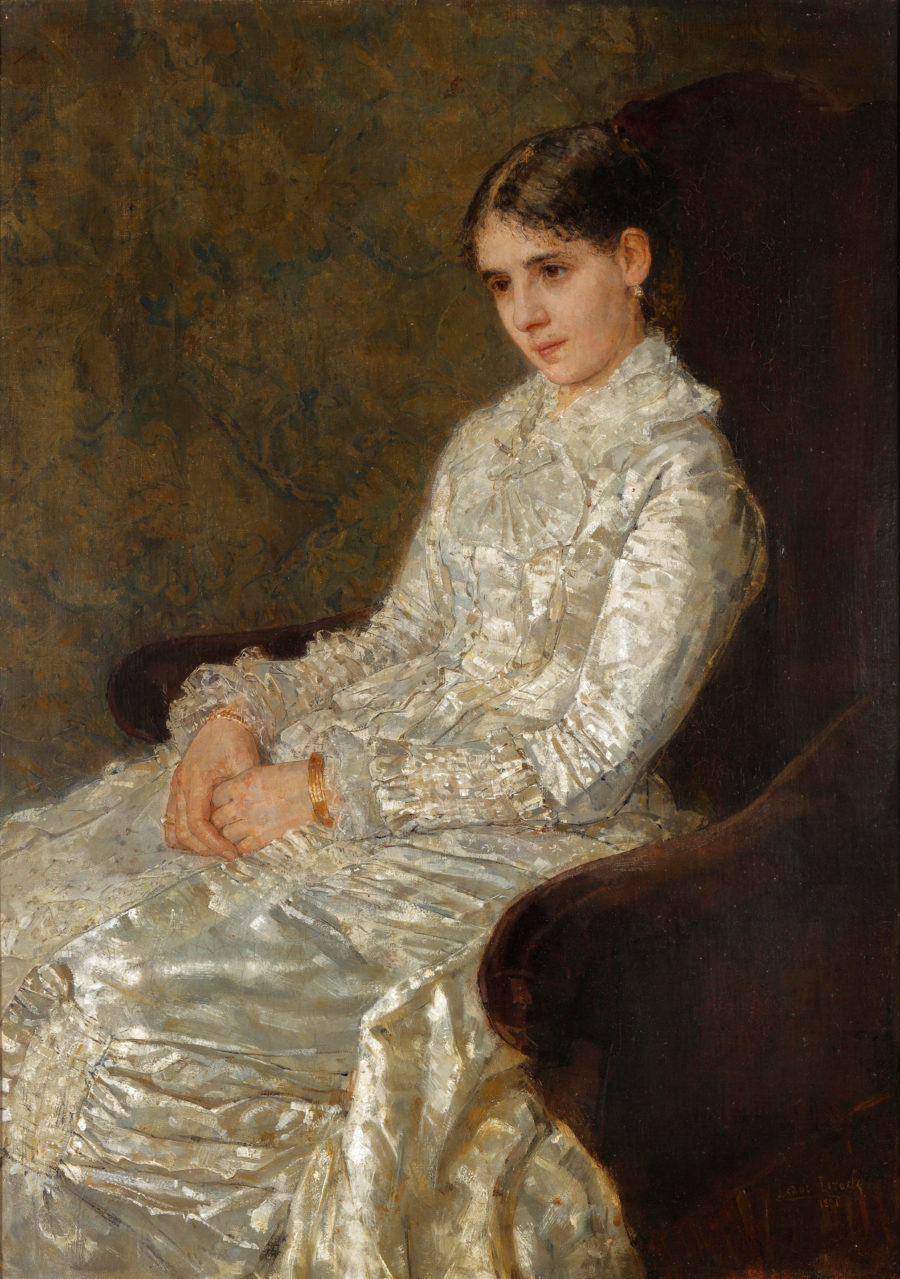 The exhibition shows contemporary costumes, once worn by members of the upper-class and servants. These seem to have stepped right out of the paintings exhibited in the large exhibition room. Interesting fact: as Breitner was shunned by upper-class patrons, he had his sister-in-law model as an upper-class lady with reddish fur, in one of his famous Amsterdam winter-scenes.

Next round: friends and rivals

Both artists strike up friendships with contemporary Amsterdam artists. The group is now considered to be the first Dutch avant-garde group. It consists of writers, painters and other artists and focuses on city-life, the nude, a new style in painting portraits, raw reality.

The stress on authenticity and the urge to break with all traditions fosters rivalries between members. What does not help, is artists falling in love with models and models falling in love with others. Moreover, Breitner and Israëls are drawn into heated discussions and argue. The rivalry and competition between both artists increase to breaking-point.

Last but one round: falling out

The competition, rivalry, heated debates become too much for Breitner and Israëls' friendship. While their styles draw closer, their friendship is crushed.

Breitner becomes more successful than Israëls and starts painting his now famous series of girls in Japanese kimonos. These paintings are linked to what is fashionable among the upper classes at the time: Japonisme.

Israëls has already changed his name to break free from his father's reputation and success. He paints lively scenes of streets, shops, lamplight, working girls and upper-class ladies, which belong to another popular style. 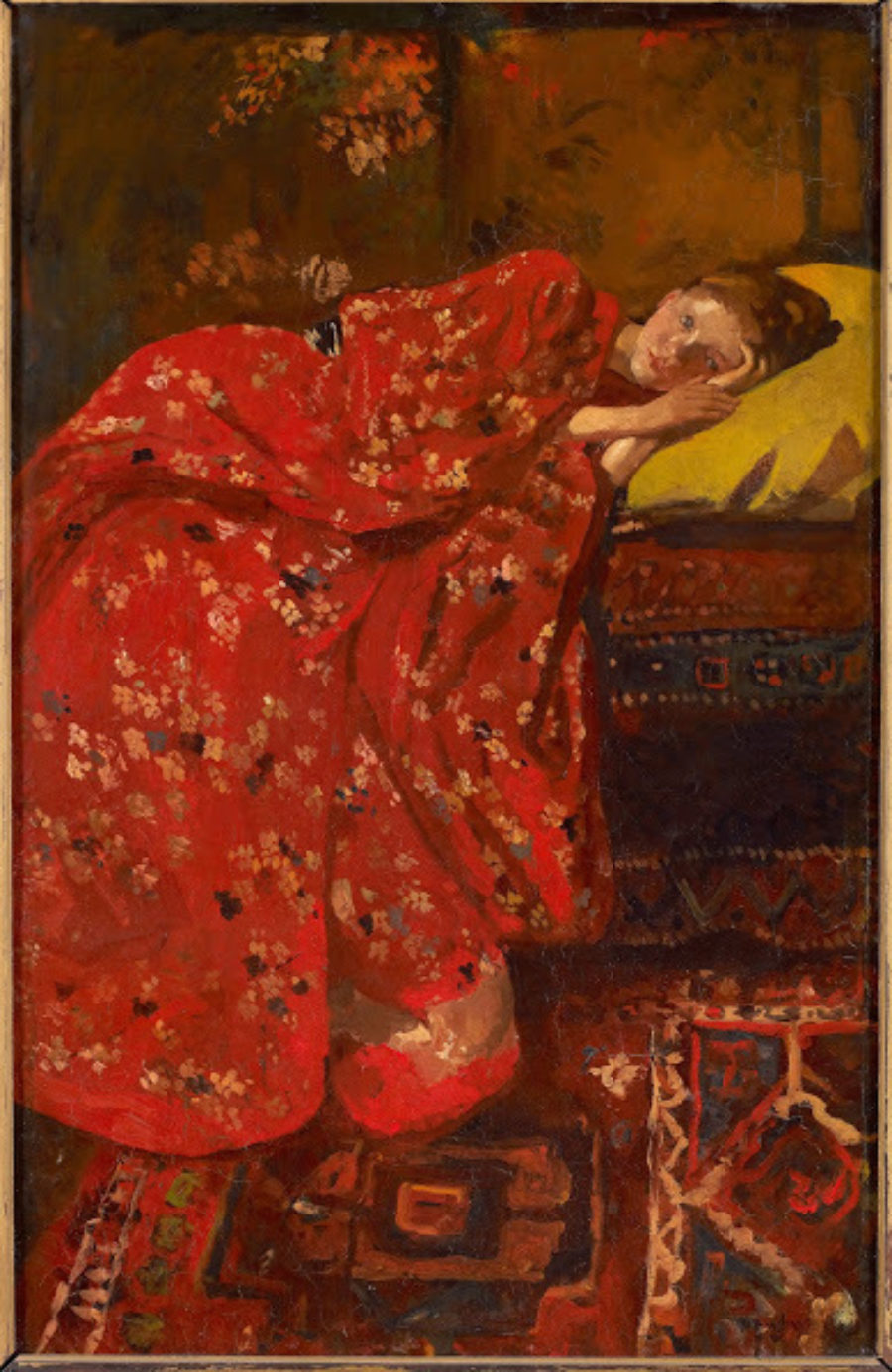 Smaller rooms behind the large exhibition room show, that Israëls continued to rely on fast sketches to capture Amsterdam scenes and was not afraid to work en plein air. When Israëls spots that snowy Amsterdam scene by Breitner which affected him and his art so deeply years ago, he writes friends he is no longer impressed.

Breitner, on the other hand, used modern means. He took a series of photos, some of which are displayed in this exhibition. Unlike Israëls, Breitner works in his studio, not en plein air.

Final round: calling it quits

The breach between the friends and rivals ensured, both artists did not meet for nearly a decade. In 1903, this changed at the grave of a mutual friend. As is so often the case, they wonder what their argument was about. Was it that important? Was it necessary to break off all contact?

They patch up things, but what also helps: both have found their own styles, their own subject matter, their own niche - and success. After ups and downs, both know they are talented artists creating works which art lovers like and buy. 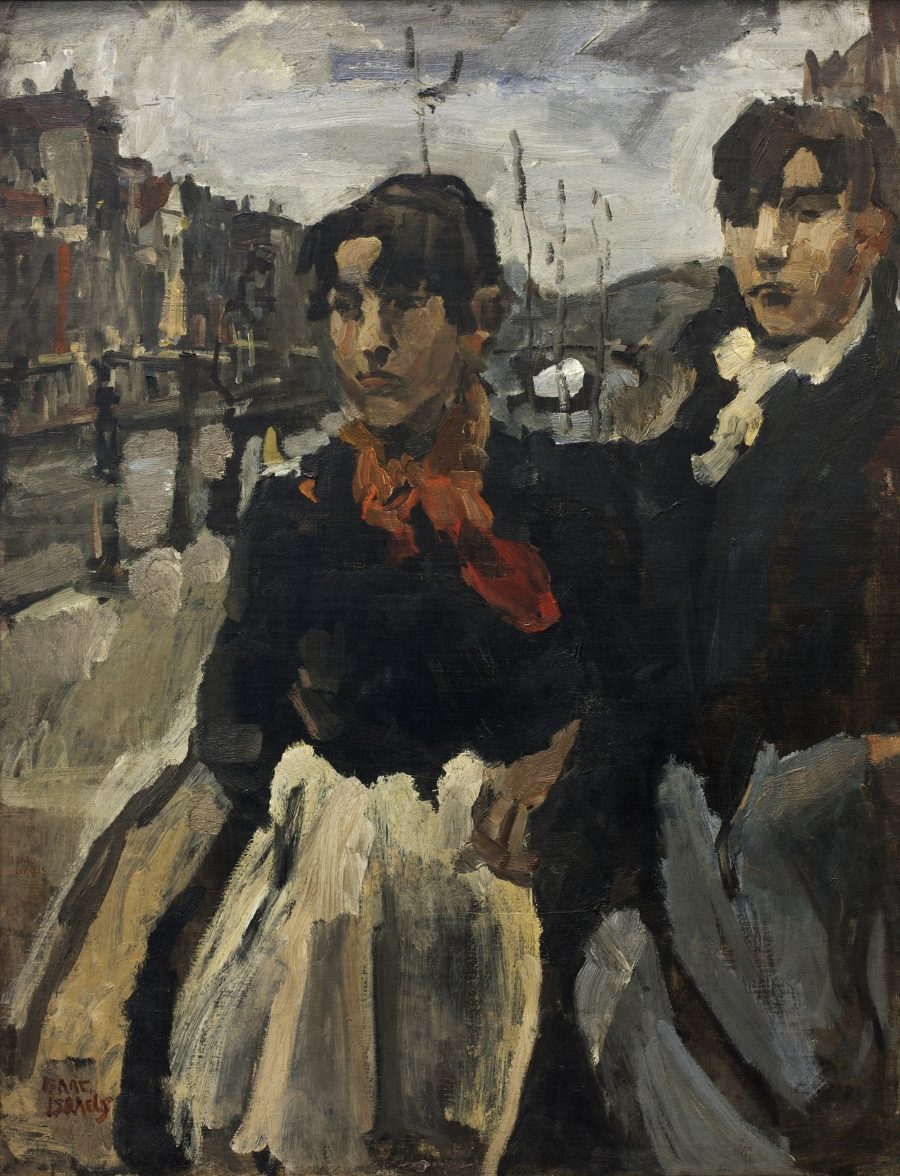 The museum's curators think this rivalry and competition ultimately brought out the best in both artists. They stated this boxing match with its many rounds ends with two winners. However, visitors have a say too. At the end of this exhibition, visitors can vote for their champion and enter a draw; perhaps winning a prize.

What can one say? I have a large poster of Israëls' donkey-ride on a wall. This painting has been temporarily loaned by the Amsterdam Rijksmuseum to this exhibition. It seems Israëls painted it not far from this museum. The scene is set on a nearby beach, maybe even Scheveningen?

Breitner and Israëls welcome visitors to their boxing match until 6 September 2020. Visit the museum's website to learn about lectures and workshops, some in English.