On 18 May, Philippe Herreweghe will be presented with the Ultima for General Cultural Merit, in honour of his complete body of work. The Ghent-born conductor will be awarded the prize by the Flemish Community for his ability to reach a wide audience without compromising on his art. Herreweghe founded the world-renowned chamber choir Collegium Vocale Gent, which recently celebrated its 50th anniversary and about whom we once wrote it 'has changed the world’s sound for the better'. In addition, he is widely regarded as one of the world’s authorities on Johann Sebastian Bach.

Philippe Herreweghe’s revolutionary and refreshing approach to baroque music allowed him to bridge the gaps between past, present, and future quite effortlessly. His tireless commitment and vision led him to become one of Flanders’ most significant musical professionals.

With those words, the members of Ultima’s jury aptly summarise Philippe Herreweghe’s (°1947) accomplishments. They also praise him for turning Collegium Vocale Gent into a world-famous classical brand. The chamber choir is without any doubt Herreweghe’s greatest achievement, and his name has become synonymous with it.

Herreweghe, a certified physician and psychologist, founded Collegium Vocale in 1970 in his hometown of Ghent. Back in those early days, the chamber choir was just a small affair. Together with a few fellow students, he started the ensemble out of a shared love for vocal music, baroque, and Bach. At the time, their approach was regarded as refreshing and authentic and quickly became all the rage, both in Flanders and abroad. Collegium Vocale Gent soon made an excellent name for itself, and half a century later, its reputation still holds.

In the meantime, Herreweghe has been lauded for the Tuscan spin-off Collegium Vocale Crete Senesi, as he had been before for his work as the conductor of the Antwerp Symphony Orchestra (or deFilharmonie as it was known at the time) as well as the French Orchestre des Champs-Elysées.

Herreweghe is widely regarded as one of the world’s authorities on Johann Sebastian Bach. His oeuvre, however, encompasses much more, and comprises forays into many centuries, musical genres, and arrangements. Besides baroque music, Herreweghe consistently set aside time to present 20th-century masterpieces and to collaborate with cinematographers, composers, contemporary musical ensembles theatrical producers. 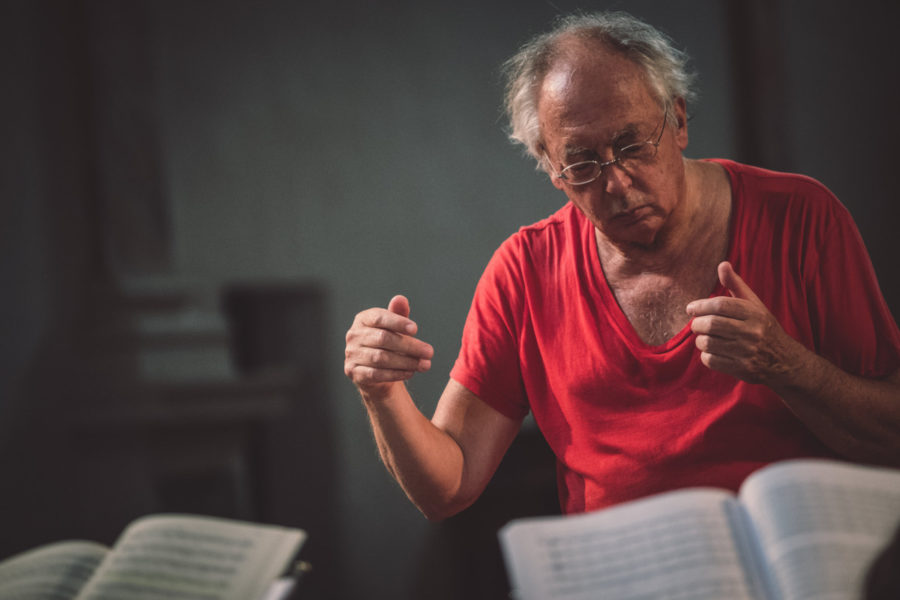 The way in which Herreweghe achieved success after success is nothing short of extraordinary: he would always seek out composers who appeared less accessible on paper, as well as genres that seemed less lucrative, complex ensembles and authentic materials of yesteryear. He nevertheless succeeded in tapping into a wider audience, without compromising or alienating international connoisseurs.

Considering his breath-taking list of accomplishments, the fact that Herreweghe managed to remain so down to earth is quite remarkable. He, for instance, referred to himself as a "tram driver" or even a "gardener", who helps maintain the enormous garden of musical history. The opportunities he gave – and continues to give – to young and up-and-coming talent allow the garden to thrive. In 2020, his Collegium Vocale Gent celebrated its fiftieth anniversary. According to the Ultima release, 'that impressive journey alone is deserving of this award.'

'he changed the world’s sound'

Over these past few decades, Philippe Herreweghe’s long, international career graced the pages of our Dutch-language publication Ons Erfdeel (in 2020, this publication changed its name to de lage landen) a few times.

In 1986, Herreweghe, who by then had already managed to 'make a name for himself in the music industry far beyond our nation’s borders', was mentioned the first time. 'Herreweghe and his collegium [provide us with] an experience, which is amazing to say the least. The ensemble excels due to both its vocal and stylistic homogeneity and because of the individual powerful and fully developed voices', according to Jan Herman.

In 2001, Jan Rubinstein wrote that it was by no means a coincidence that Philippe Herreweghe had 'gained recognition in various locations because of his consistent artistic vision and amiable connection to the music.'

Furthermore, in 2010, when Collegium Vocale Gent celebrated its 40-year existence, Rudy Tambuyser stated: 'They have, without so much as a hint of exaggeration, changed the world’s sound. For the better.'