A Fleming in charge of the Dutch pride

In Amsterdam, the Flemish Jan Raes leads the Royal Concertgebouw Orchestra (RCO), now widely praised as one of the best orchestras in the world. He was previously a professional flutist, but now considers the orchestra to be his finest instrument. In a world marked by boundaries, Raes knows how to transcend them with music and art. He promotes richness of diversity and searches for harmony in the arrangement of different chords that make Europe.

Despite its humble beginnings, the orchestra is now considered to belong to the ‘Champions League’ of orchestras – among the world’s best. It is mentioned in the same breath as other extraordinary ensembles such as the Berliner and the Wiener Philharmoniker. Moving from Antwerp to Rotterdam, then finally to Amsterdam; even cultural manager Jan Raes himself tracked a culturally diverse path. Since 2008, he has been the managing director of the RCO, an orchestra that represents different cultures and languages. Raes himself is a hedonist; someone who enjoys life, yet always maintains his focus. 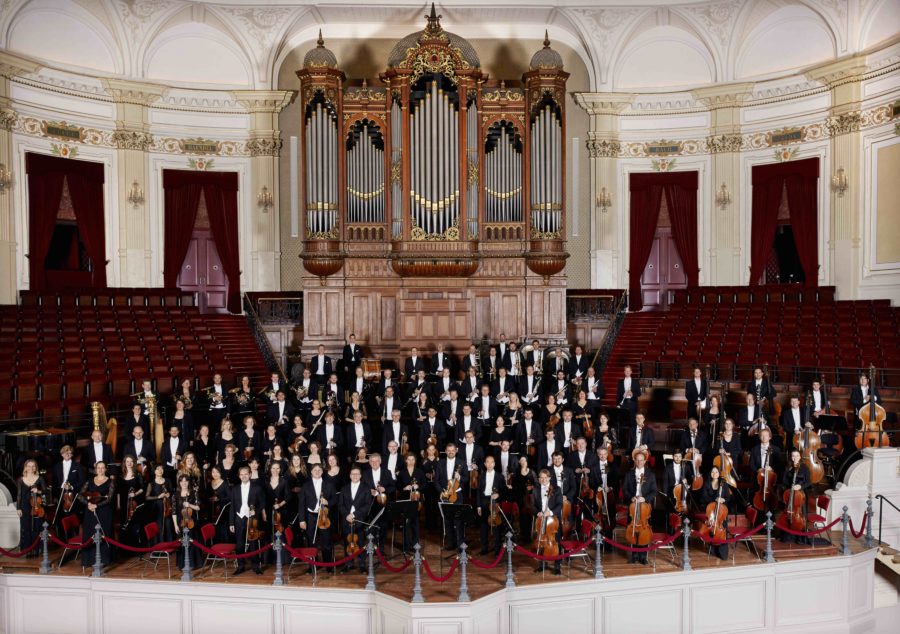 He believes the RCO is a result of the hundred-years-old polyphony that is Europe. He considers the diversity of interactions to be the breeding ground for outstanding musicians. “The music we play is a result of the mystery that arises from centuries-long mutual influence. Music makes people travel, both musicians and audience. All ensembles experience more internationalization as aspiring orchestra members come from all around the world. 25 different nationalities make up our orchestra. The music that we play doesn’t have national purity. We spread and encourage the richness of this impurity. The cultural and powerful Europe can make more of an effort in this regard. Europe should prioritize art and culture. We also wanted to take our own initiative here, so the idea emerged to perform in all 28 countries of the European Union; a project that will finish in Croatia, at the end of November.” 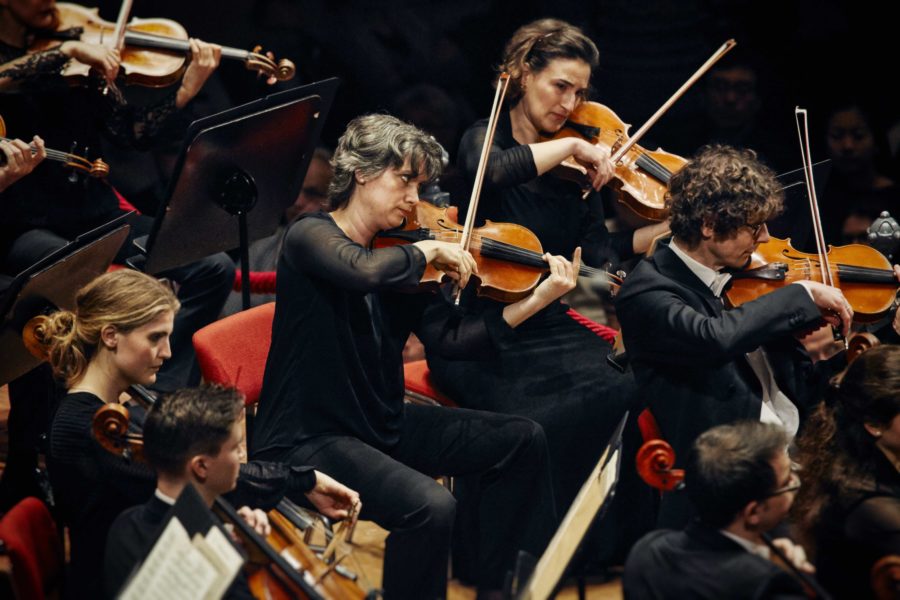 “We pushed both our physical and mental limits. It was a tribute to polyphony, but also a statement against nationalism. Polyphony is an example of creative and transboundary interaction. Originating in the Early Renaissance, it set voices and musicians in motion. The idea behind the concert series is simple. Although the practical implementation was time-consuming, we felt extremely proud to carry out the European project. It felt like we could somehow give something in return to Europe. Politically, the idea of polyphony translates into the multi-voicedness of Europe. We’re not fans of l’art pour l’art, but we do like l’art pour l’autre. During the idealistic and musical journey through the 28 EU countries, the RCO performed alongside local, young musicians. This part is called side by side, as we sit next to each other. It is an honour to pass all this on to younger generations.”

Belgians who have made their fame abroad; there are more of them than we think. Although he is hardly known to the general Flemish public, this is not the case in the Netherlands. Jan Raes didn’t stray far away from home, but now he is traveling the world. “Just like any other European institute for culture that operates well, we prefer to work interdisciplinary, as an inclusive culture. We have a social role to fulfil.” Anyone who is familiar with the Netherlands knows that what the RCO plays and performs, is part of the intellectual and political debate. “There is widespread support and a high degree of involvement in the Netherlands.” 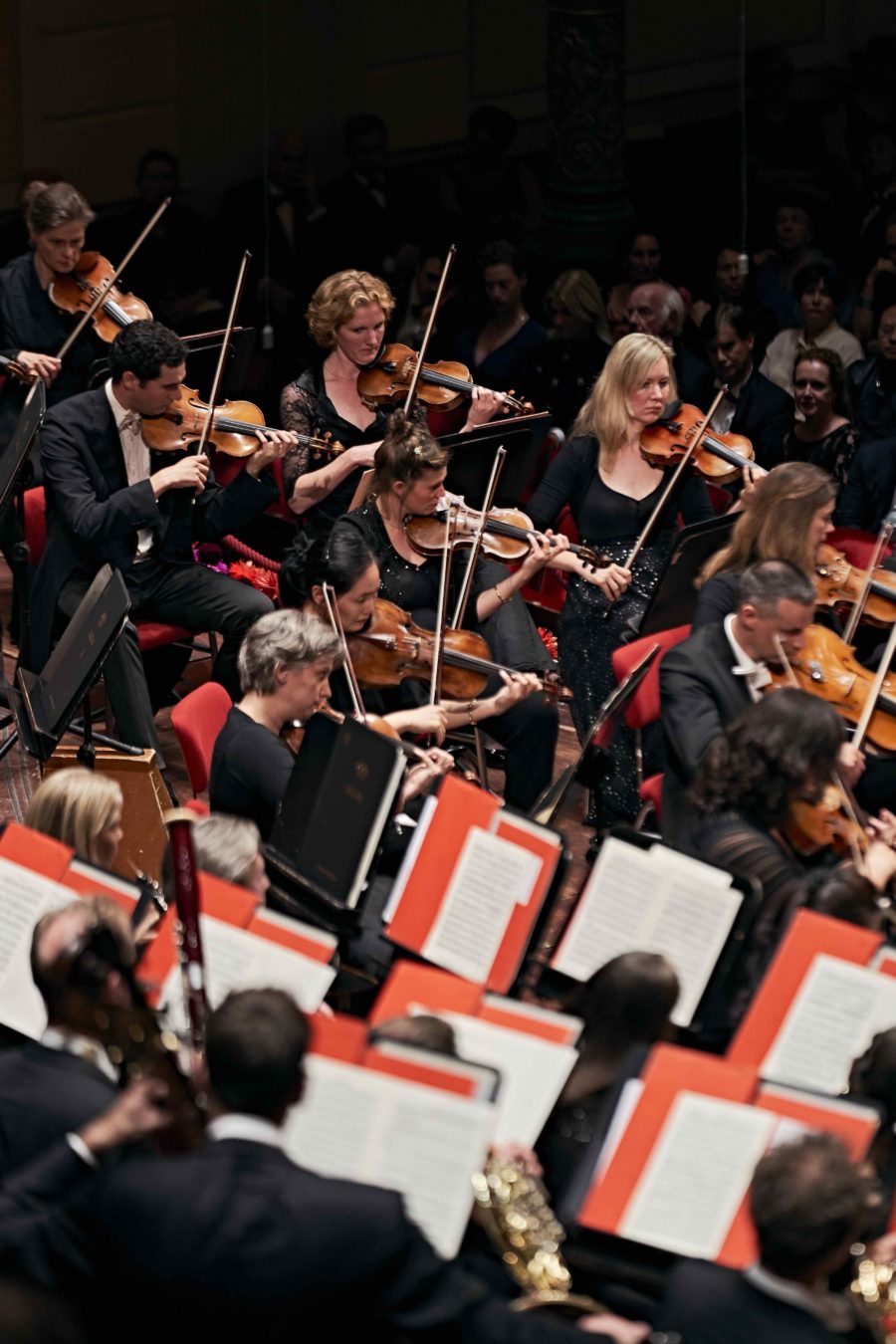 “This makes the RCO quite unique. The orchestra’s roots are interwoven within the identity of the Dutch culture. Powered by the wave of Dutch innovation and entrepreneurship together with the ambition to know and conquer the world, the RCO was founded 130 years ago. It is extremely unique that the orchestra still plays in the same hall, soon performing with the 8th chief conductor in their history. “Although we have a public role, we are guided by our dreams, our own programming. The methodology of selling and changing public affairs, yet aiming to achieve excellence, partly as a result of passion, remains the driving force.” Jan Raes takes the 19th century culture of quality to the level of the 21th century. After all, without innovation, no company can survive.

“I think of making music together as a metaphor for living together. The audience is a mirror of your destination: it is different in London, Amsterdam, and Peking. Other ways of listening, applauding even. The reactions and interactions are different. Interactions on stage as well. All these cultural differences are a metaphor for real life. And if you want a society to continuously evolve, you have to invest in art. Musical education is very important to me. It teaches you so much more than only the musical components, it especially provides insights into how to deal with both others and yourself. Allowing yourself to have doubts, self-respect, and empathy...all acquired through good education, which includes good musical education. Those who have discovered will continue to discover. We want to get the audience to listen carefully. And this good listening starts at school. I implore musical education: most people don’t know the multi-layered language of music anymore.” 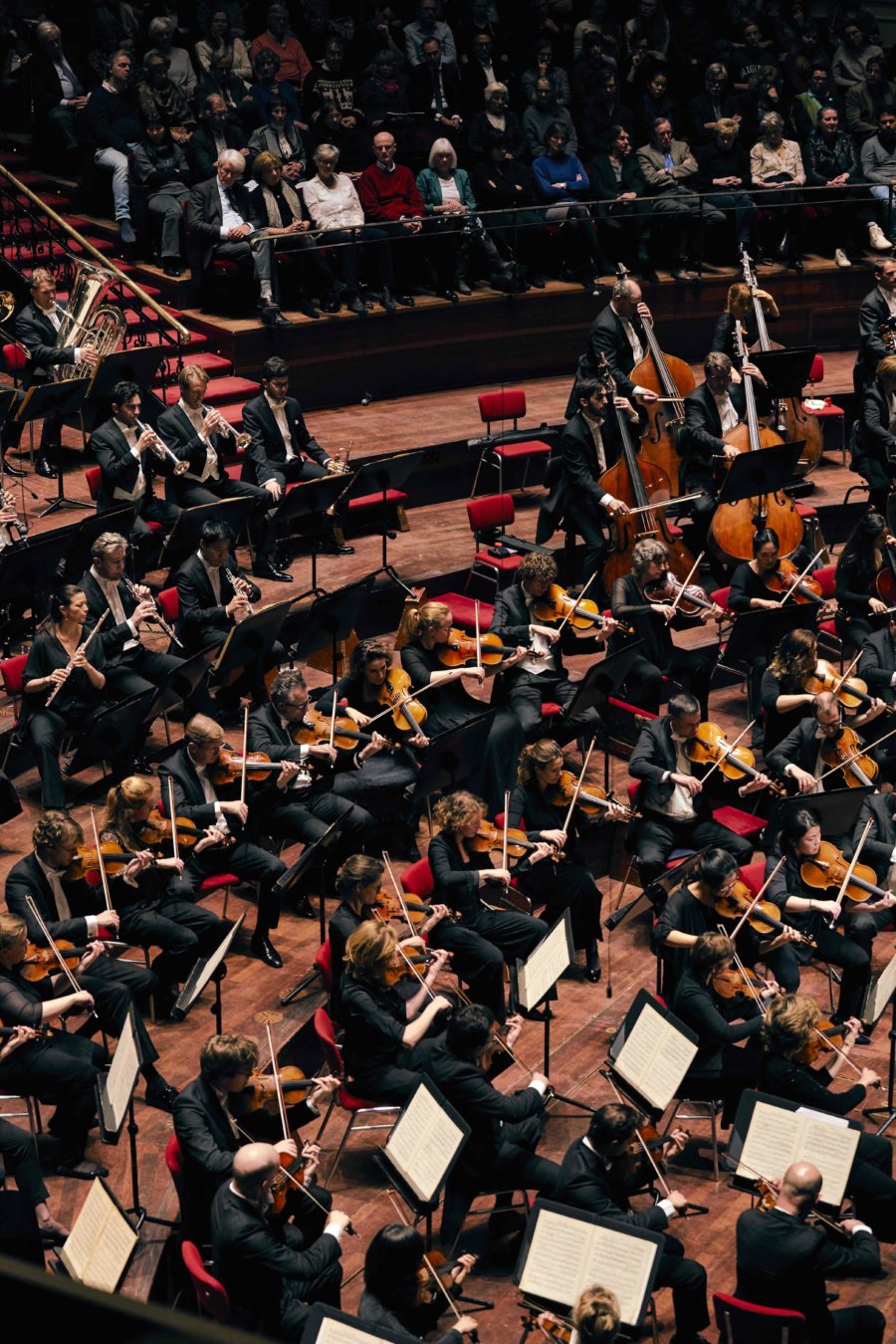 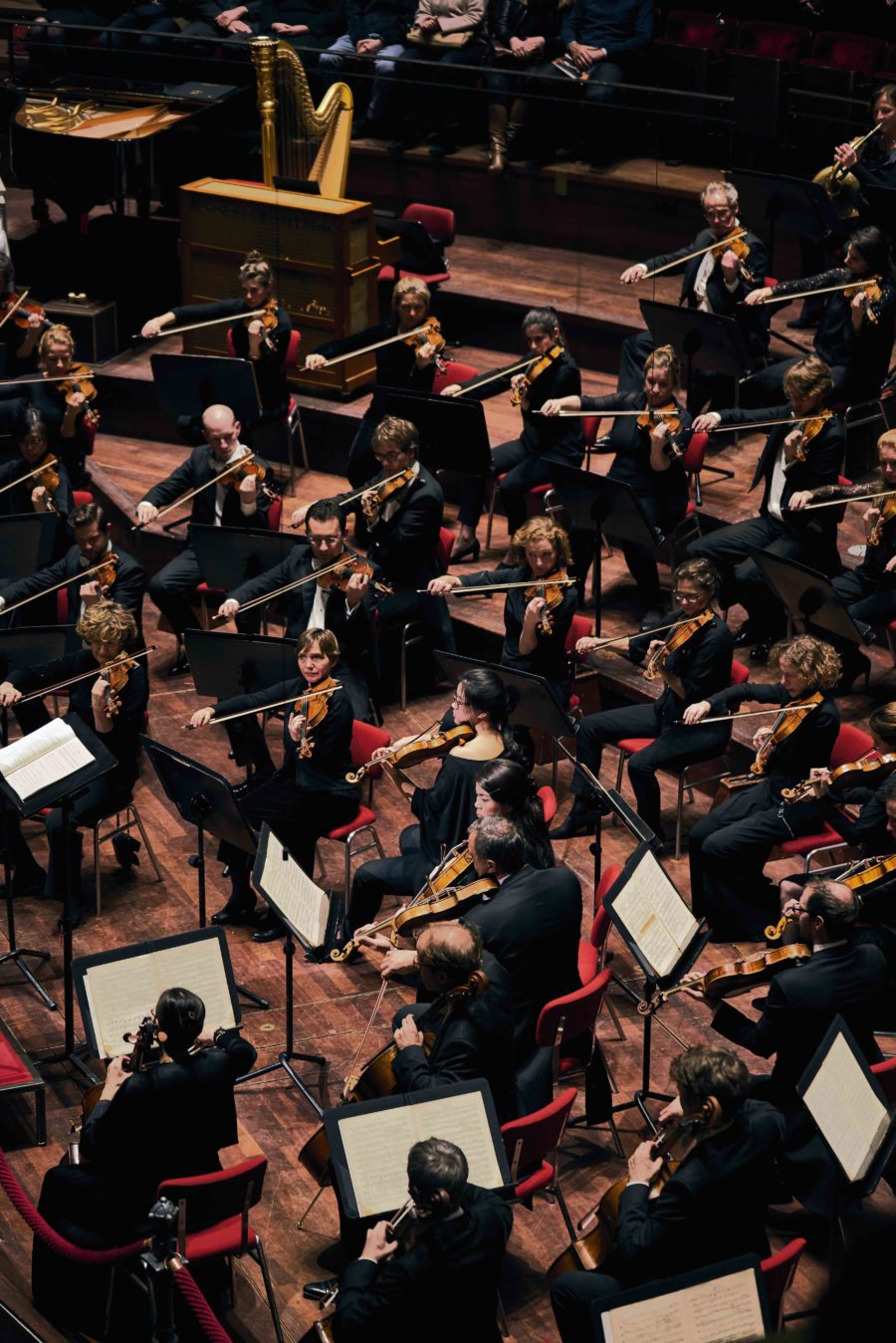 “I also enjoy concerts myself, but with mixed feelings. It is enjoyable, but also a never-ending critique, as I am also chairman of the artistic committee. We have a nice team, we often laugh with each other. But I stay sharp, even when we’re performing a concert under the stars in Cyprus. At such moments, I wonder whether the sound quality differs when listening to music outdoors? The fact that I have played an instrument myself helps. Doubt is an important factor and I allow myself to doubt. Maybe this distinguishes me from the Dutch. It is a lasting honour to work for this institution. For everyone, by the way. The procedures are strict and are becoming increasingly stricter. More and more musicians decide to audition.”

Jan Raes is co-author of the book Toonaangevend, a book on business operations. The collaborative nature of the orchestra is unique as it offers its members participation in decision-making processes. There are even members of the orchestra who are on the board of directors. For ten years now, Jan Raes has had a one-on-one meeting with an orchestra member every week. “The multilingualism, the various identities, together they make the orchestra unique. For decades, the musicians have had a say in policy. They are artists, not civil servants. By addressing their art, you create more involvement. This requires a specific kind of leadership. Top-down approaches do not work with these people. Listen, determine, then you combine their feedback with your own vision, prioritize and set a timeline”. 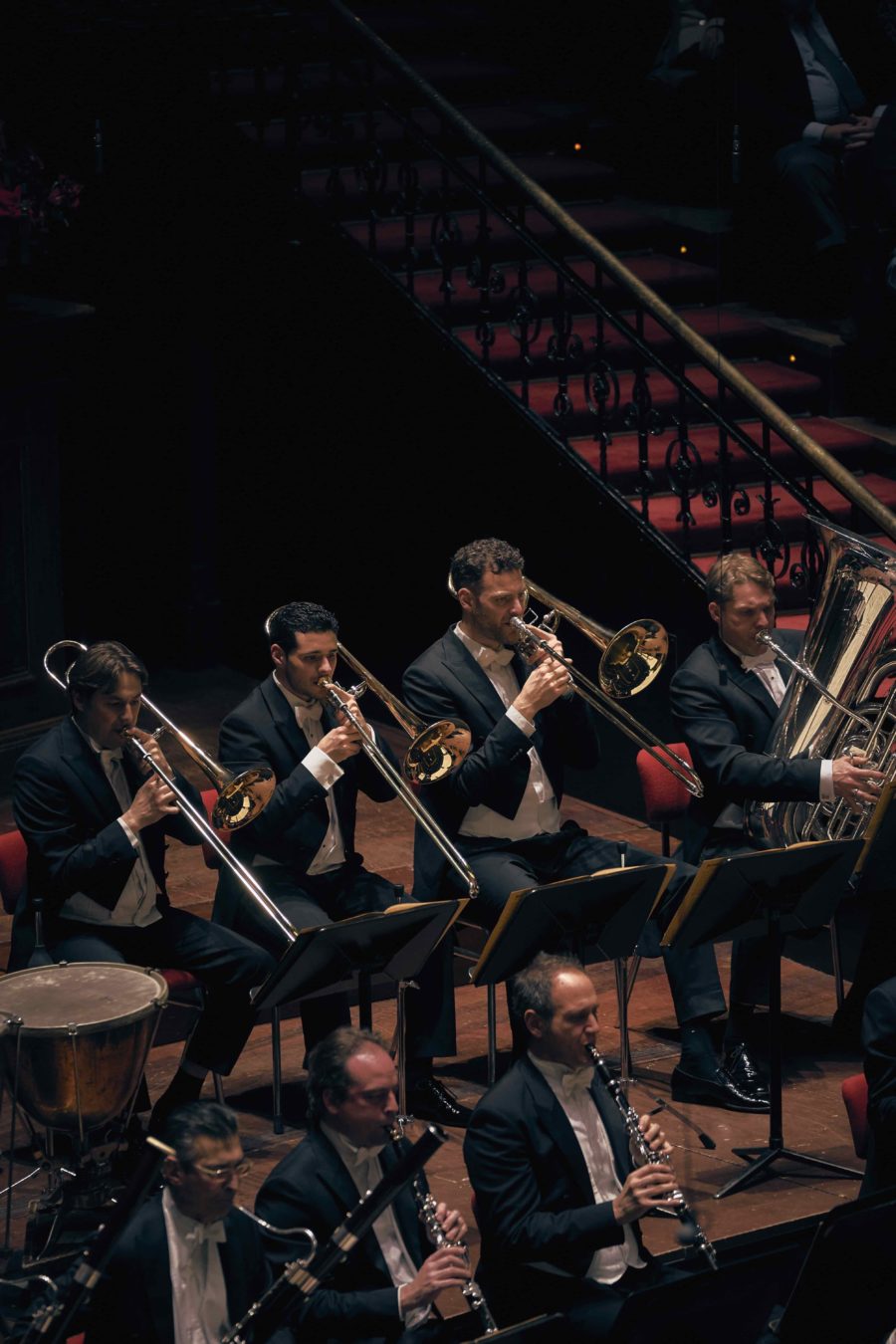 In essence, it’s about attracting the best people, and after this, to forge and improve the team. Everyone here evaluates one another, so as a director you can never outpace your team. However, at a certain point you have to do what is most important for the collective: to innovate, especially in an organization like ours. You have to connect with your younger, future audience, musicians and conductors. Teenagers and people in their twenties have different attention spans. Nowadays, parents come home after dinner when the children are already in bed. We change the experience but we remain faithful to our passion and mission: recreating musical heritage from Bach to contemporary composers.

manager Flemings in the World