Literature at the Push of a Button in Utrecht

Film director and café owner Francis Ford Coppola was one of the inventors of the machine. Coppola: ‘I wanted a machine in my café from which you could not get chips, beer or coffee, but art. And without having to pay anything for it. Actually, I think our city should put them everywhere, so that you can wait for the bus, a new passport or lunch to be picked up by a story’. 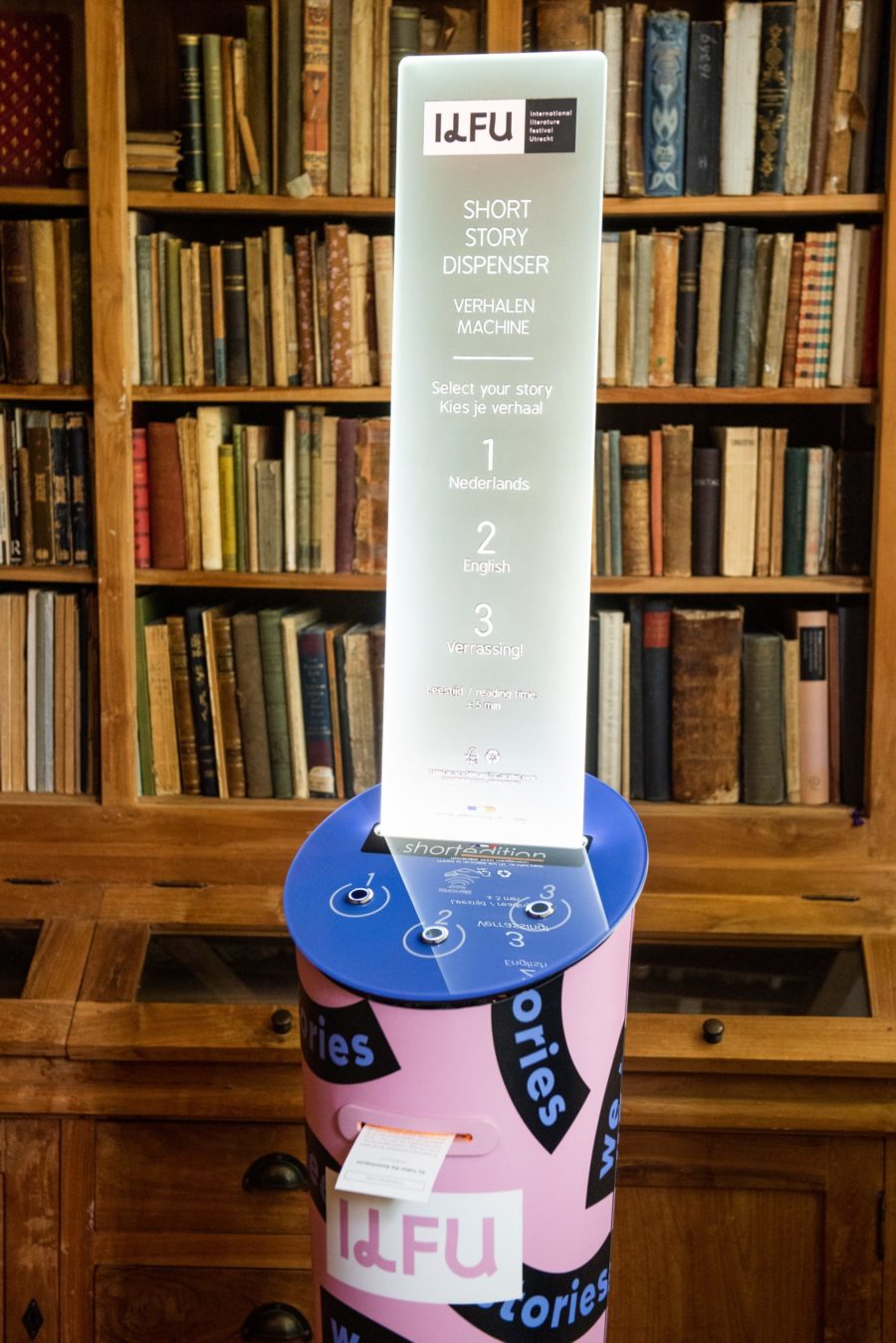 The French publishing house Short Édition met Coppola's need and developed a hip machine that prints a short story from world literature in seconds. There are now some 300 machines in train stations, airports, libraries and schools all over the world. In total they've printed more than 5.6 million stories, without ink and on biodegradable paper.

The ILFU now brings the machine for the first time to the Netherlands. The dispenser will provide short stories in Dutch and English by Remco Campert, Manon Uphoff, Lévi Weemoedt, Herman Koch, A.L. Snijders, Esther Gerritsen and Maarten Biesheuvel.

During the ILFU festival, the story dispenser will be at a different location in Utrecht every day. After the festival, it can be used for other festivals and events. 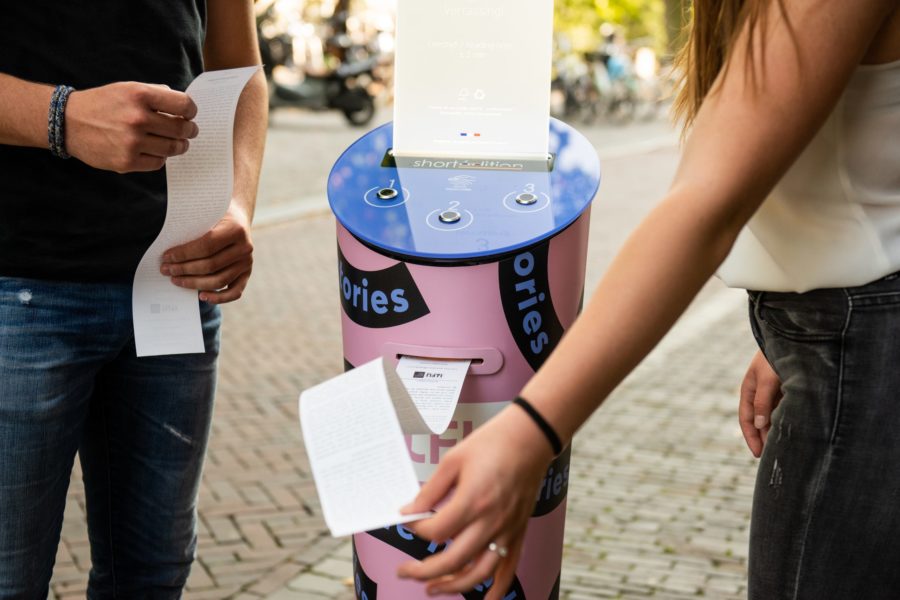 Festival director Michaël Stoker: ‘The ILFU's motto this year is “We need stories”. A short story can move or make you think in just a few minutes. Ideal for on the road. The story machine is a great way to surprise people in unexpected places with literature. And for once not on a screen, but old-fashioned on paper’.