Never Get Lost Again in Utopia

British journalist Derek Blyth is charmed by a map of the imaginary island that Thomas More had described in this work Utopia.

‘A map of the world that does not include Utopia is not worth even glancing at,’ wrote Oscar Wilde, ‘for it leaves out the one country at which Humanity is always landing.’

Wilde would surely have been pleased to discover the map of Utopia in Antwerp’s Plantin-Moretus Museum. It was made by the Antwerp geographer and cartographer Abraham Ortelius in 1595-96 and hangs in the same room as a copy of his famous world atlas 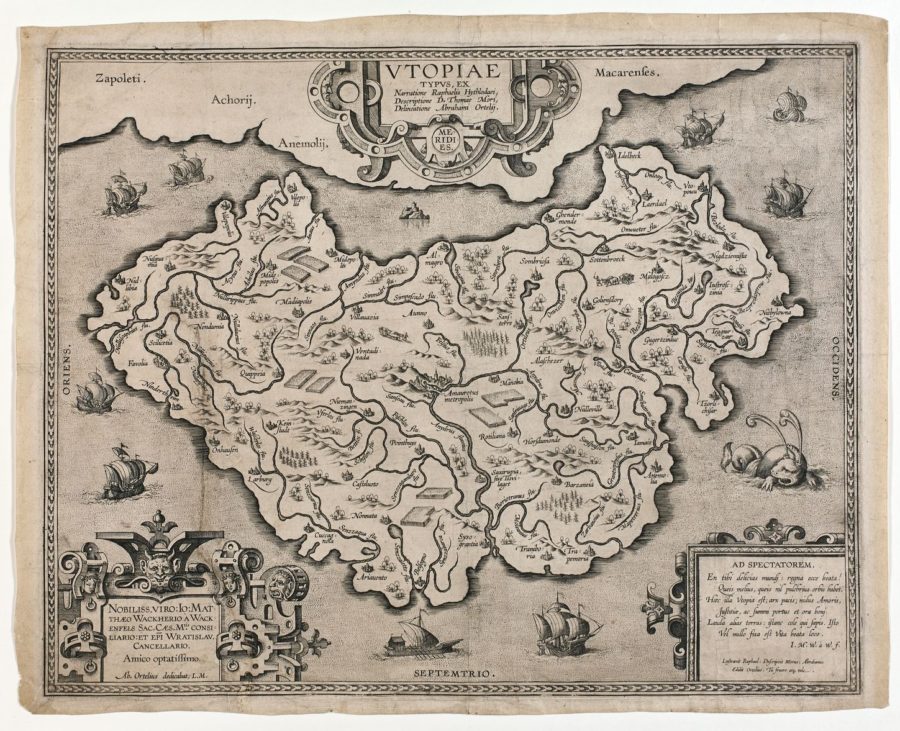 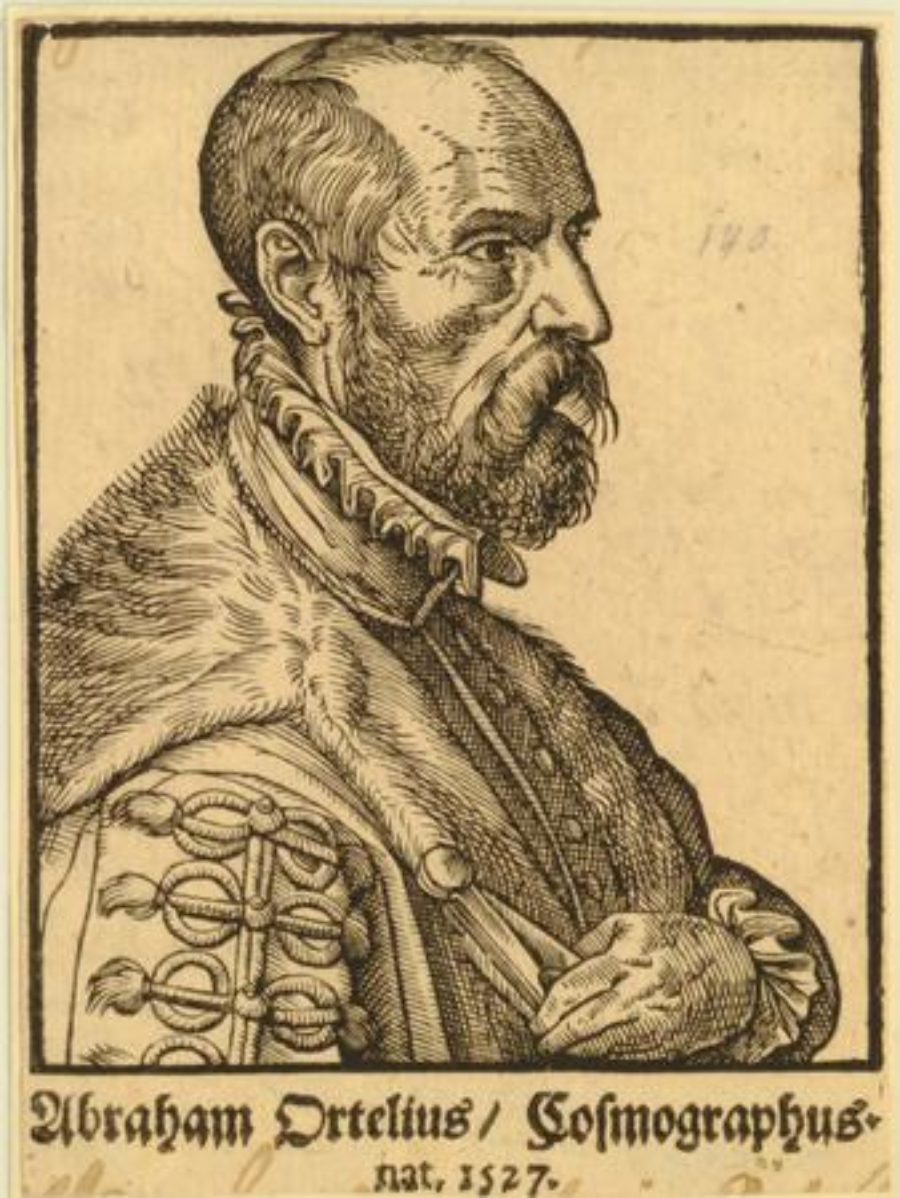 Less well known, Ortelius’ map of the imaginary island of Utopia was printed eighty years after Thomas More’s book was published in Leuven. More, who wrote the first part of Utopia in Antwerp, was long dead, but his political tract was clearly still being read in the Flemish city.

Ortelius is believed to have printed twelve copies of the map, but only one has survived. Acquired in 2018 by the King Baudouin Foundation, the map is currently on long-term loan to the Plantin-Moretus Museum in Antwerp, where it hangs in the map room.

The map is dotted with amusing place names that suggest the whole thing was a joke. There is a River Sanspoisson (Without Fish, in French), a Nulleville (No Town) and somewhere called Sottenbroeck (Foolish Breeches, in Dutch). 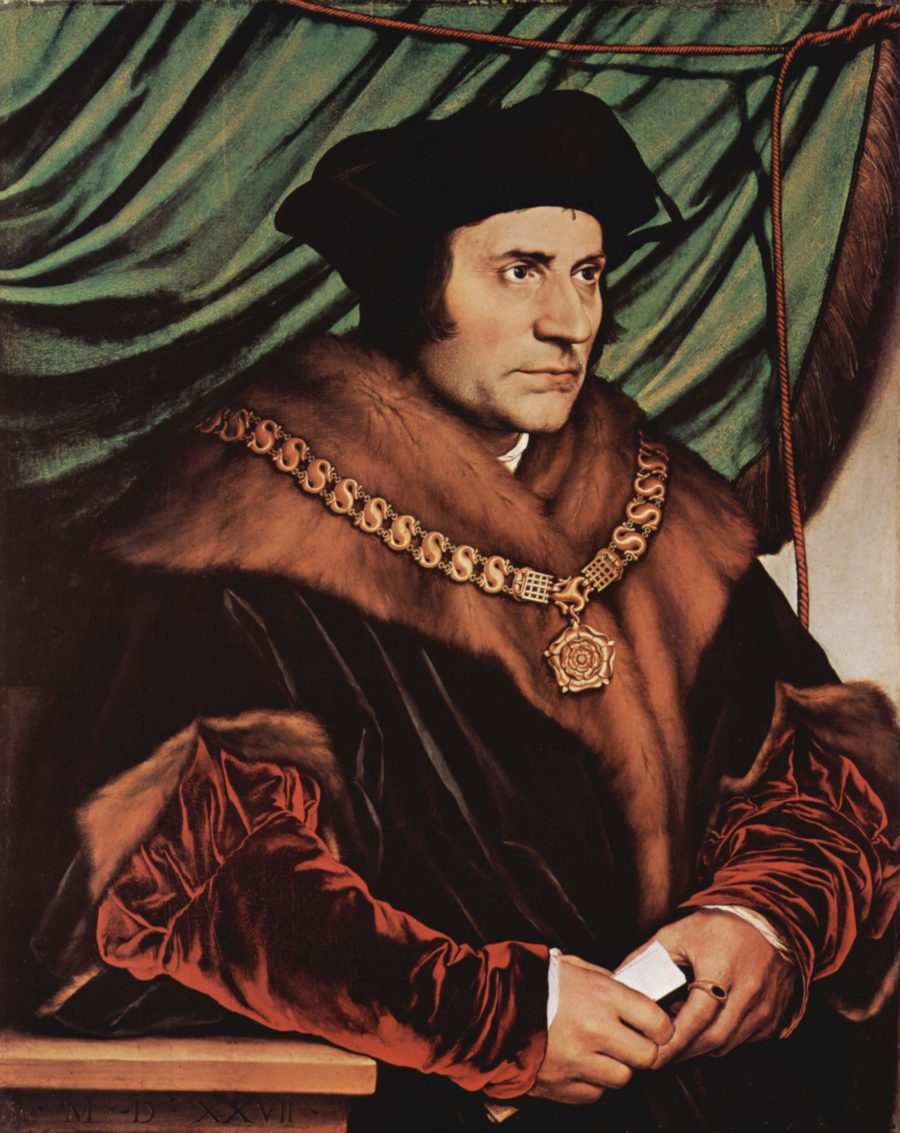 It might seem odd to find a map of an imaginary island among the museum’s detailed maps of Antwerp, Africa and Asia. But Oscar Wilde was in no doubt about the importance of Utopia. ‘And when Humanity lands there,’ he wrote in 1891, ‘it looks out, and, seeing a better country, sets sail.’

And the Flemish government apparently agrees with Wilde, for the map of Utopia has been added to the Topstukkenlijst (Masterpieces List), where it joins Flemish mediaeval fabrics and Ensor paintings. It means the map cannot leave Flanders without the government’s permission. The map of nowhere is not going anywhere.