Water as a Historical Timeline

The exhibition Dat wat blijft (That What Stays) on an inland vessel tells the story of the 200-year-old Belgo-Dutch Zuid-Willemsvaart (South Willems Canal) while navigating the canal.

The 122-kilometre-long canal Zuid-Willemsvaart was dug 200 years ago on behalf of King William I when the Netherlands and Belgium were still part of the same kingdom. During this period, this extension of the main transport routes, the waterways, was intended to stimulate and open up the trade between the North and the South. The Willemsvaart became a shorter and more reliable alternative to the Meuse, until then the most important connection between the industry around Liège and the large trading places. Nowadays, the use of the channel has changed drastically, due to the construction of other channels for transportation. 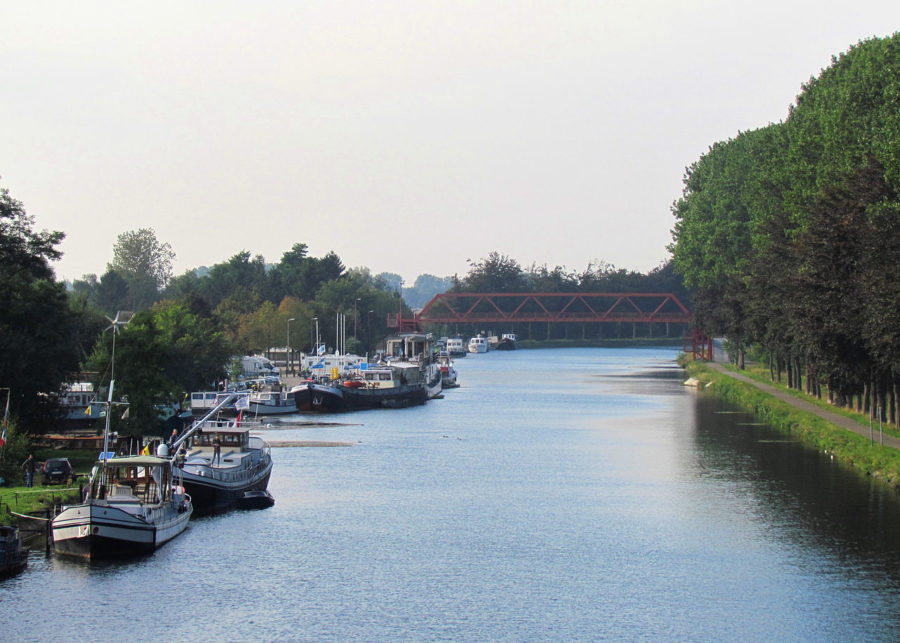 Neighbours along the water

Living alongside the Zuid-Willemsvaart in Den Bosch since 2007, Monique Broekman saw how this once important waterway has shaped the region between the Netherlands and Belgium. ‘Looking over the canal from my window, I realised what an important social and cultural role the channel must have played in shaping the relations between the different cities, and the people that live alongside the water. In a way, we are all neighbours. I started to wonder: what stories can the Willemsvaart tell us?’

So Broekman started to collect. Through organising open nights, archival research and word of mouth, she quickly came across some amazing stories. Personal stories of lives that changed due to digging out the channel and of companies that once thrived because of the water. And what better way to tell these stories… on the water that created them?

In 2019, Broekman created a pilot exhibition on an inland vessel, De Oostenwind (the Eastern Wind), that was quickly turned into the exhibition space of That What Stays (Dat Wat Blijft). Navigating the vessel from Den Bosch to Liège, feeling the water, allowed Broekman and her team to collect more stories and bring them to the people who still live in the surroundings of the canal. 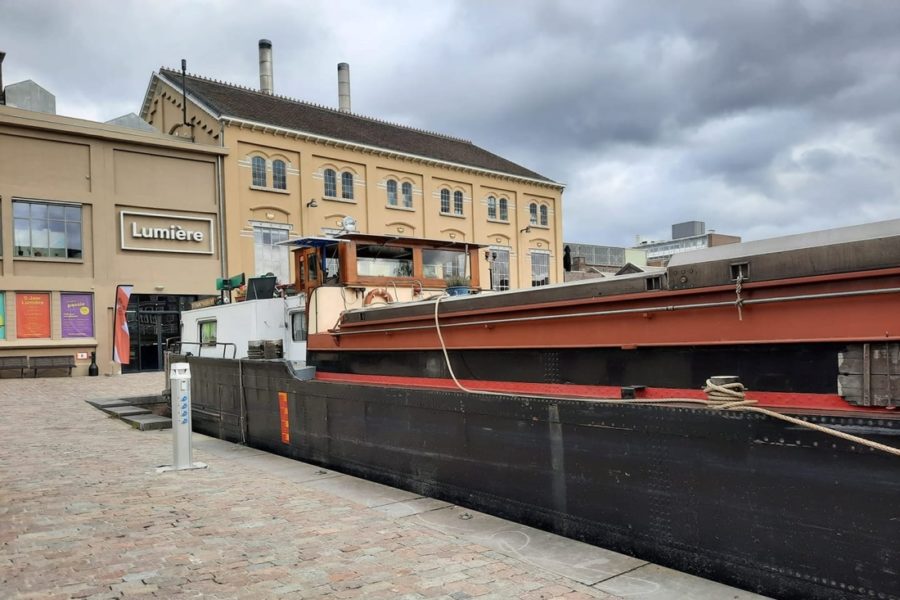 Broekman is a painter and visual artist by trade, but the exhibition entails much more than paintings. The exhibition in the hold of the vessel is ever-growing: historical photos on sailcloth, embroidery on large linen prints of historic pictures of the Zuid-Willemsvaart, collected objects, paintings, documents and large projected films, and even performance arts. ‘We are creating and curating the exhibition based on what we find and many volunteers are eager to contribute. The inspiring stories and people we meet are only the starting point.’ 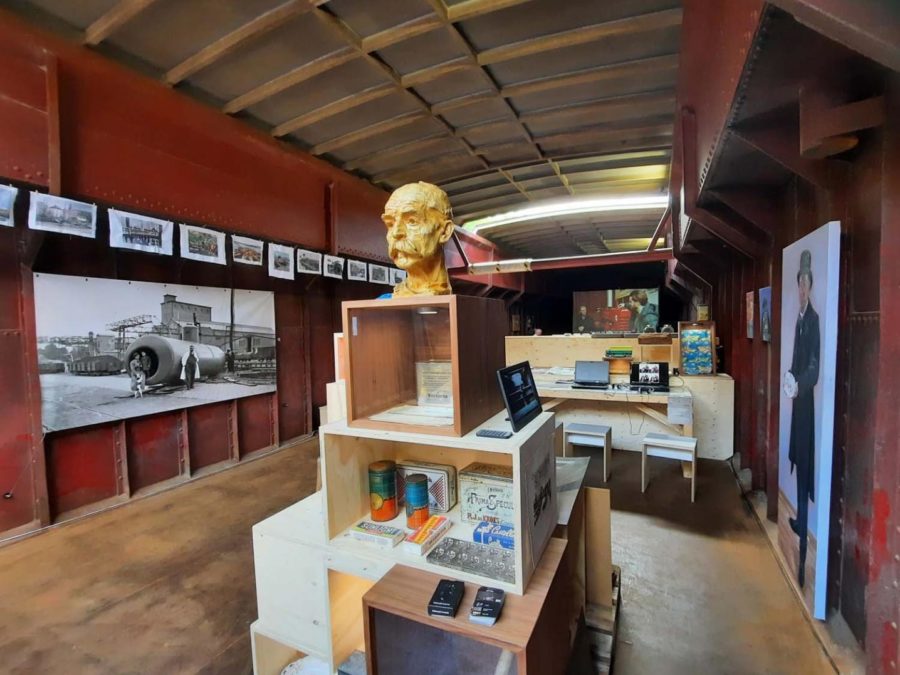 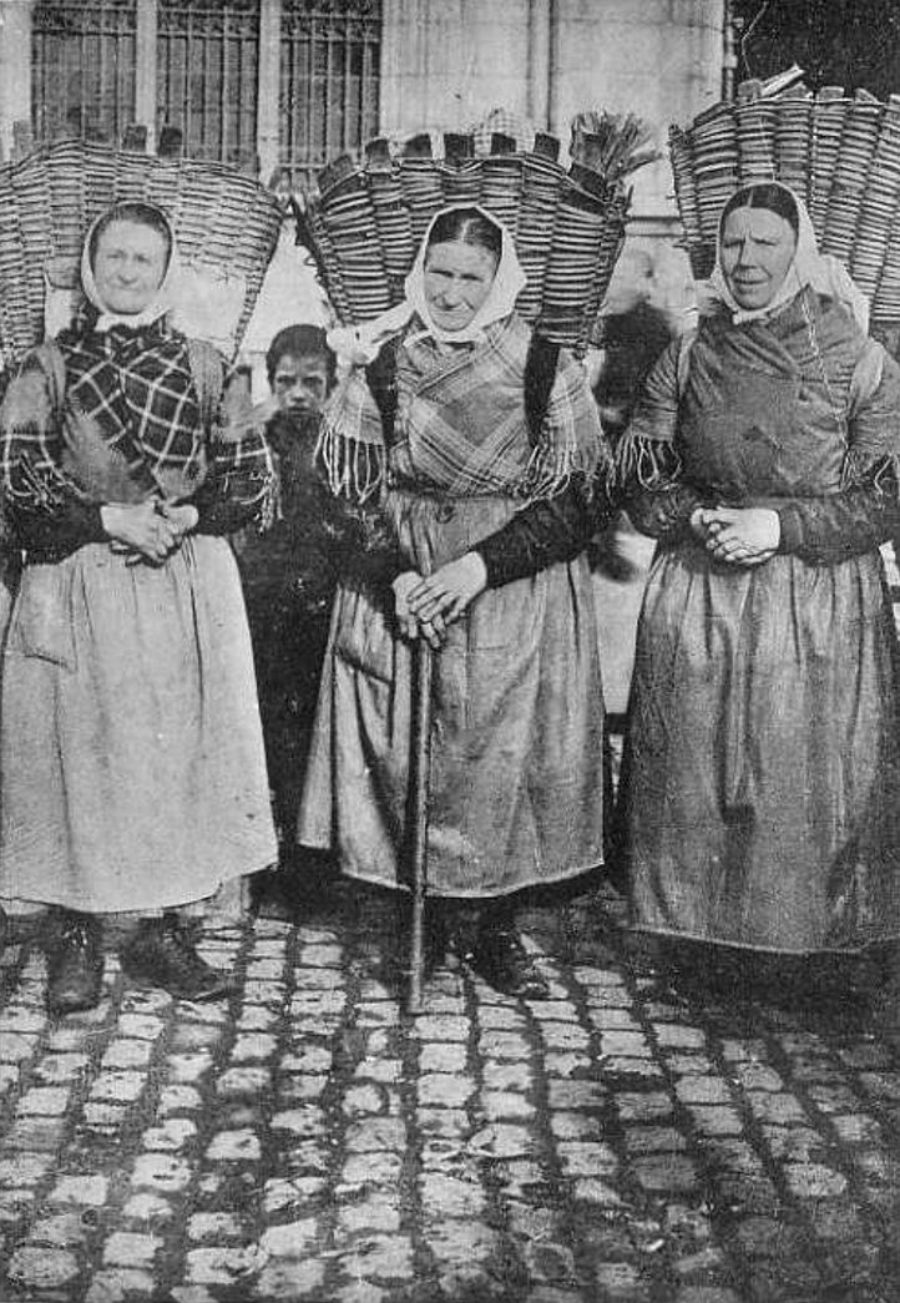 One of the stories Broekman discovered was about “botteresses”, hard-working women from Liège who, with their heavy baskets on their backs, participated in the construction of the Zuid-Willemsvaart while singing Walloon marching chants. Because they travelled a lot in the region, they also delivered letters and took news and stories from one location to another. Currently, together with the Musée de la Vie Wallonne in Liège, this story is turned into a small documentary.

She also came across the first zebra mussel in the Zuid-Willemsvaart, found by a pharmacist in 1834 in Maaseik. This exotic mussel comes from southern Eastern Europe. The new channels connected many waterways, allowing mussels to travel to new areas.

This international part of the project was made possible by a contribution from DutchCulture’s International Heritage Cooperation Matching Fund. Dat Wat Blijft ends at starting point Den Bosch, where the vessel will symbolically unload its cargo of stories and objects at the Noord-Brabants Museum.

This article was previously published on DutchCulture.