For two years in a row illustrator Fatinha Ramos was presented with a Global Illustration Award at the Frankfurt Book Fair. The Antwerp-based artist with Portuguese roots has put on shows all over the world, has illustrated a children’s book for The Museum Of Modern Art New York (MoMA), and at this very moment, passers-by in Antwerp can enjoy her colourful art work, as it adorns the scaffolding in front of the city hall. Welcome to the surreal worlds of Fatinha Ramos, whose characters’ hair blows with the wind.

Fatinha Ramos has been living in Belgium for almost two decades, but her roots go back to the Portuguese coastal town of Aveiro. There, the winds are always blowing, and alongside the colours of the houses and the bright blue skies, they feature heavily in her work. 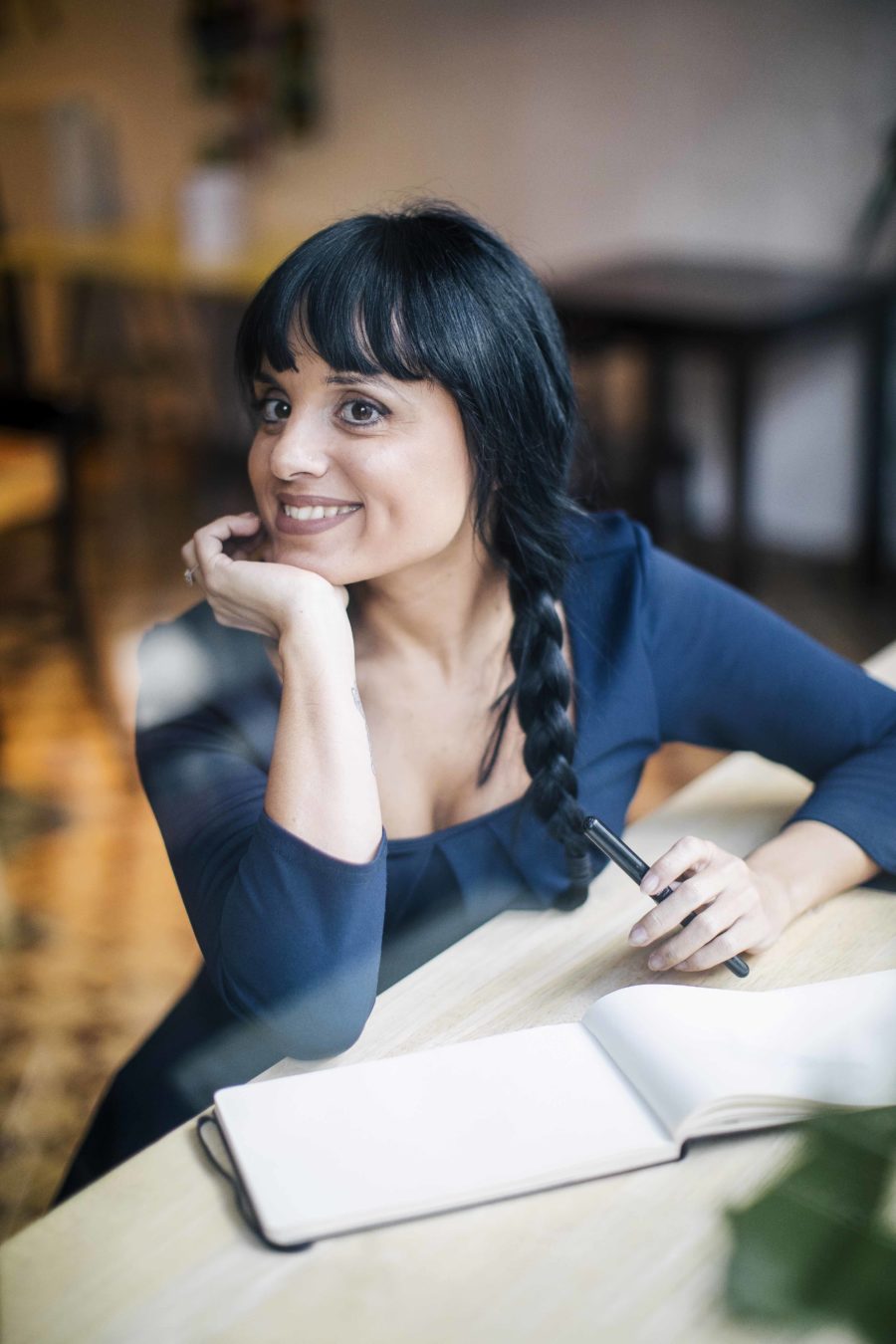 Ramos spent most of her youth near the Portuguese coastline, but unfortunately also found herself in various hospitals. Because of a bone disease, she ended up in hospital beds at regular intervals, up until the age of fourteen. She started drawing from a young age, and the escape her art offered became a vital part of Ramos’ time in hospital. "Drawing saved my life," she explains. "I dreamt up brand-new worlds in my drawings – worlds that made me happy." Art was her way to escape from reality. Today, she continues to create surreal worlds for others to dive into. 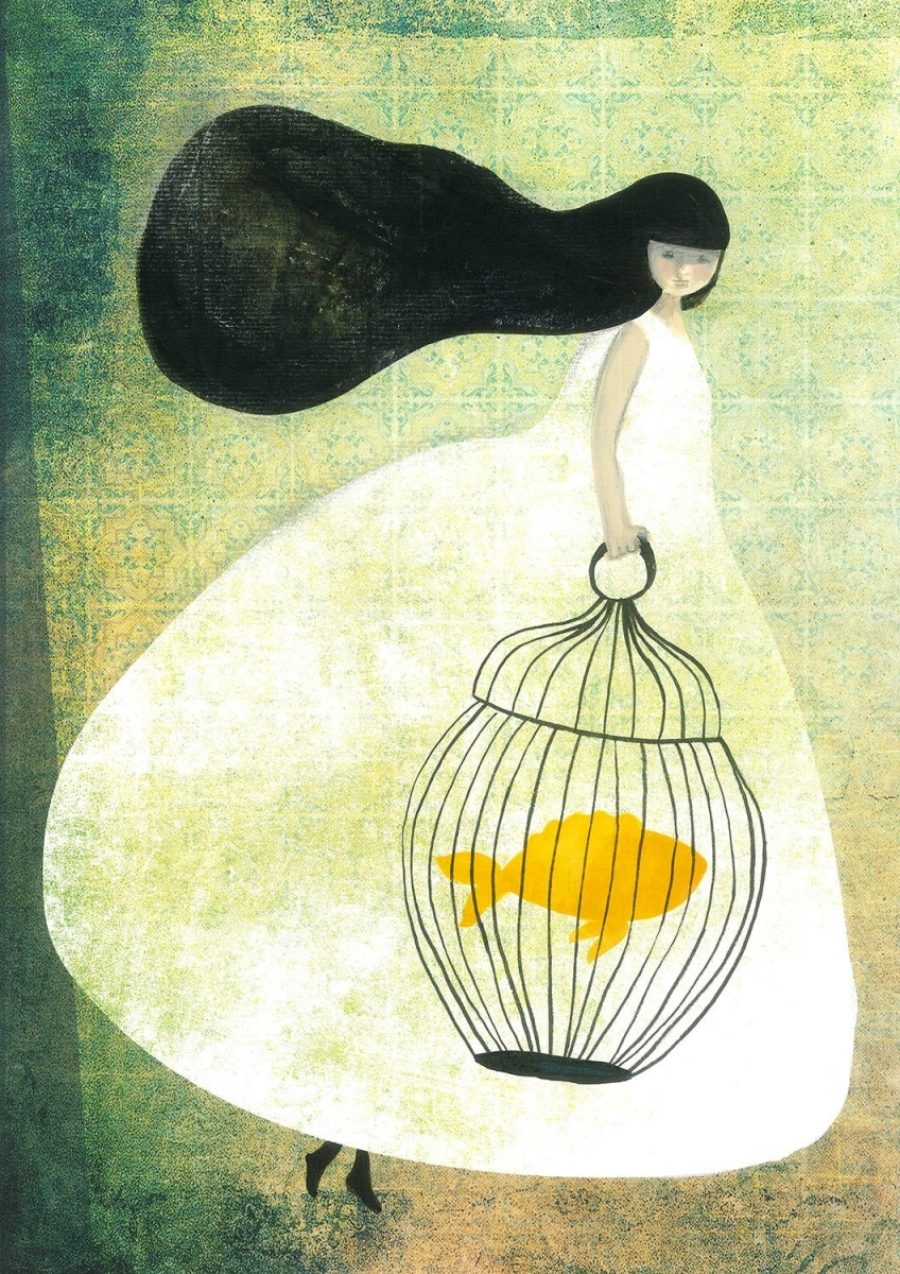 After meeting a Flemish man at Porto’s School for Fine Arts, she decided to follow him – and her heart – to Belgium in December of 2001. Unfortunately, the relationship did not last. Nevertheless, Ramos stayed put in Belgium. "Dutch is no easy language to learn," she chuckles, "so now I have finally mastered it, I want to keep on using it." Clearly, she is joking: she has lived in Belgium for about eighteen years now, and actually loves it here. Her artistic universe consists of two very different realms. Every single one of the illustrations she created in Belgium feature the winds from her native region, blowing through her characters’ hair.

In college, Ramos studied Graphic Design. Her parents actually preferred their daughter went down that path. Like so many of us, she chose a field of study that would allow her to be creative, but would also increase her chances of finding a job in the future. At the time, Ramos made that choice to appease her parents, more than anything. However, were she able to do it all again, she would probably make the exact same decision: "Graphic Design teaches you about a greater variety of things than you would do if you were to study Illustration." 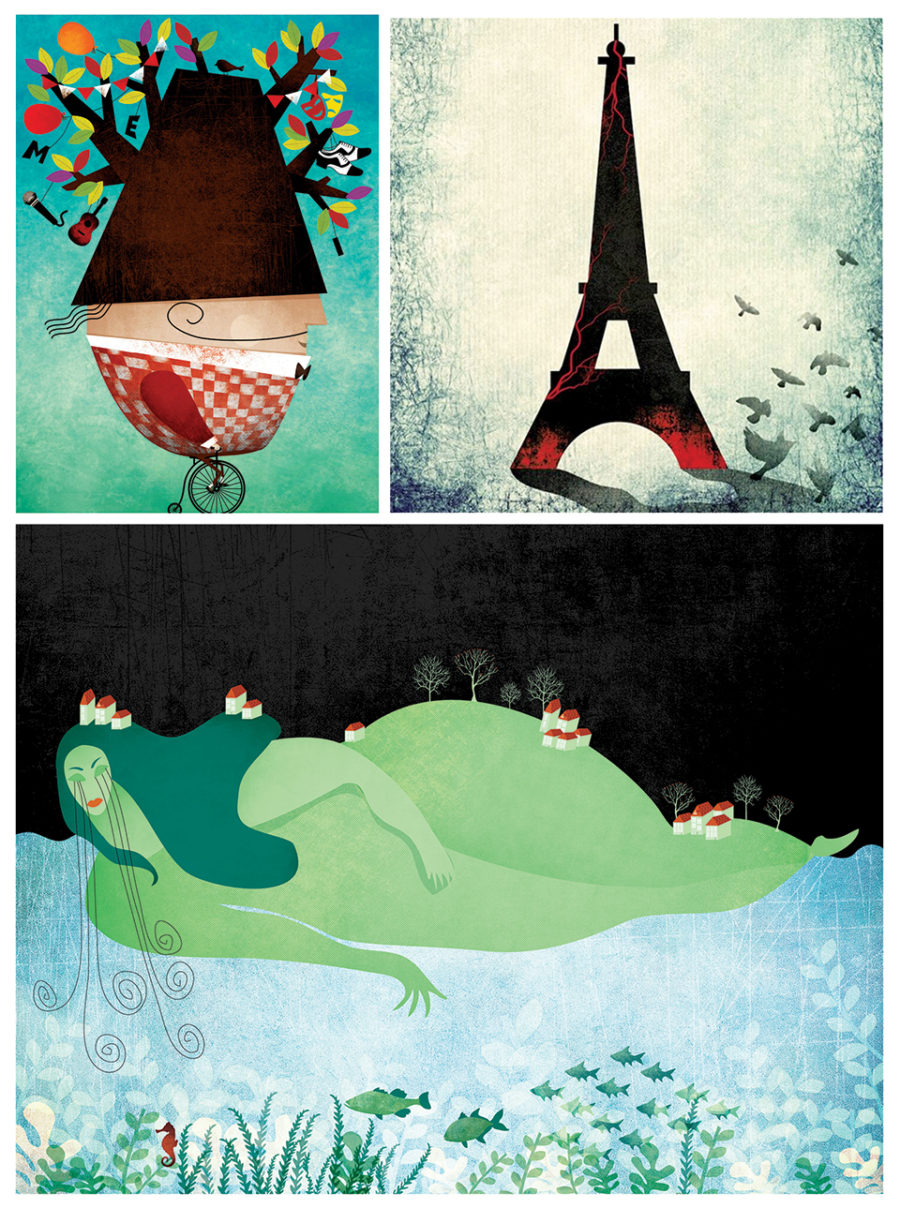 Ramos got a job as an art director, and after that, she was employed as a graphic designer for about twelve years. In 2013, she decided to dedicate her life and work to the art of illustration. She liked graphic design, but she would never call it a ‘true passion’. Drawing, however, does fit that description. Does she regret spending all those years in the graphic design business? ‘I used to, yes. Back then, I felt I had wasted a lot of time doing something I did not truly enjoy.’ Nowadays, she no longer experiences negative feelings when she looks back on those days. After all, we all want to change certain aspects in our past. Ramos is able to put things in perspective by stressing how much she has learned along the way. Many of those past experiences are still relevant in her life today. 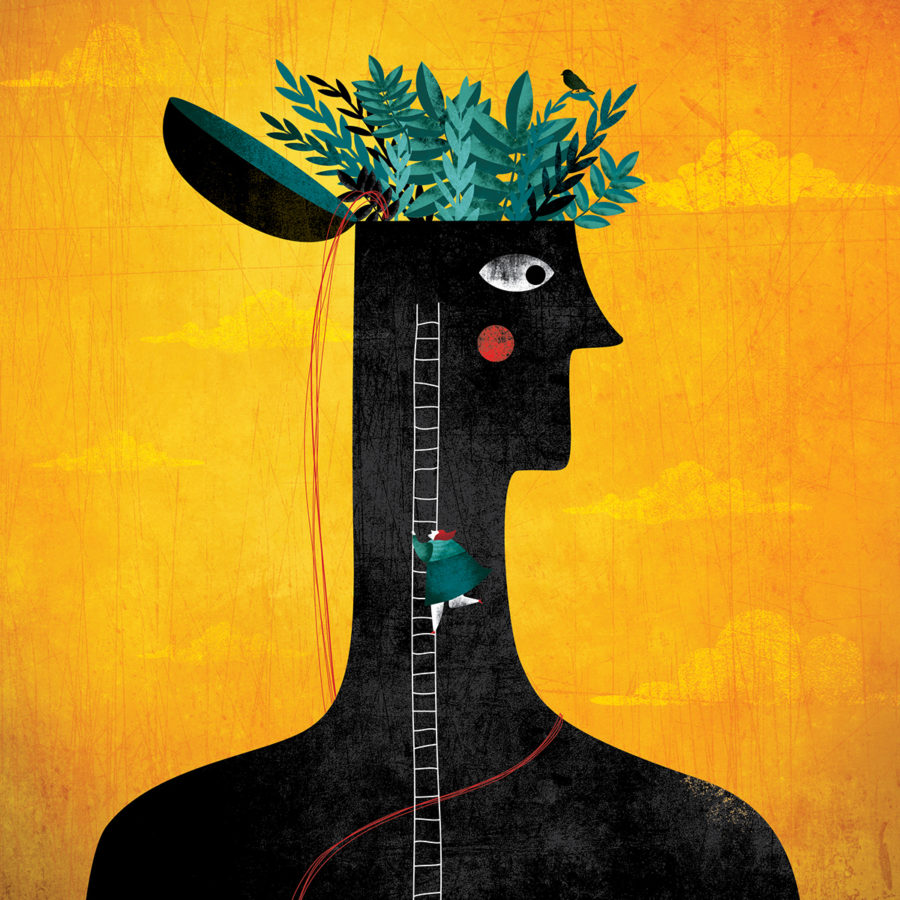 Becoming an illustrator allowed Ramos to finally put part of her personality in her work. She was never on the lookout for a specific technique. To Ramos, illustration equals going on a journey, as well as experimenting. She mixes various techniques, and opts for a mixed media approach, combining drawings, scans, prints, covering everything with additional layers of paint, et cetera.

Ramos’ illustrations – reminiscent of Frida Kahlo’s work because of the use of colour, but also because of the artists’ life stories – have reached a huge audience over the past few years. She was invited to exhibit her drawings at the Centre Pompidou in Paris, for one. She has also put on solo exhibitions in Belgium, Portugal, and Italy. Moreover, her work has featured in shows in Canada, Cuba, and the United States. The world was introduced to Ramos through international magazines, including Creative Quarterly, 3x3 Magazine, Communication Arts, and The New York Times. Furthermore, she was responsible for illustrations in various children’s books, an also designed a number of book covers. 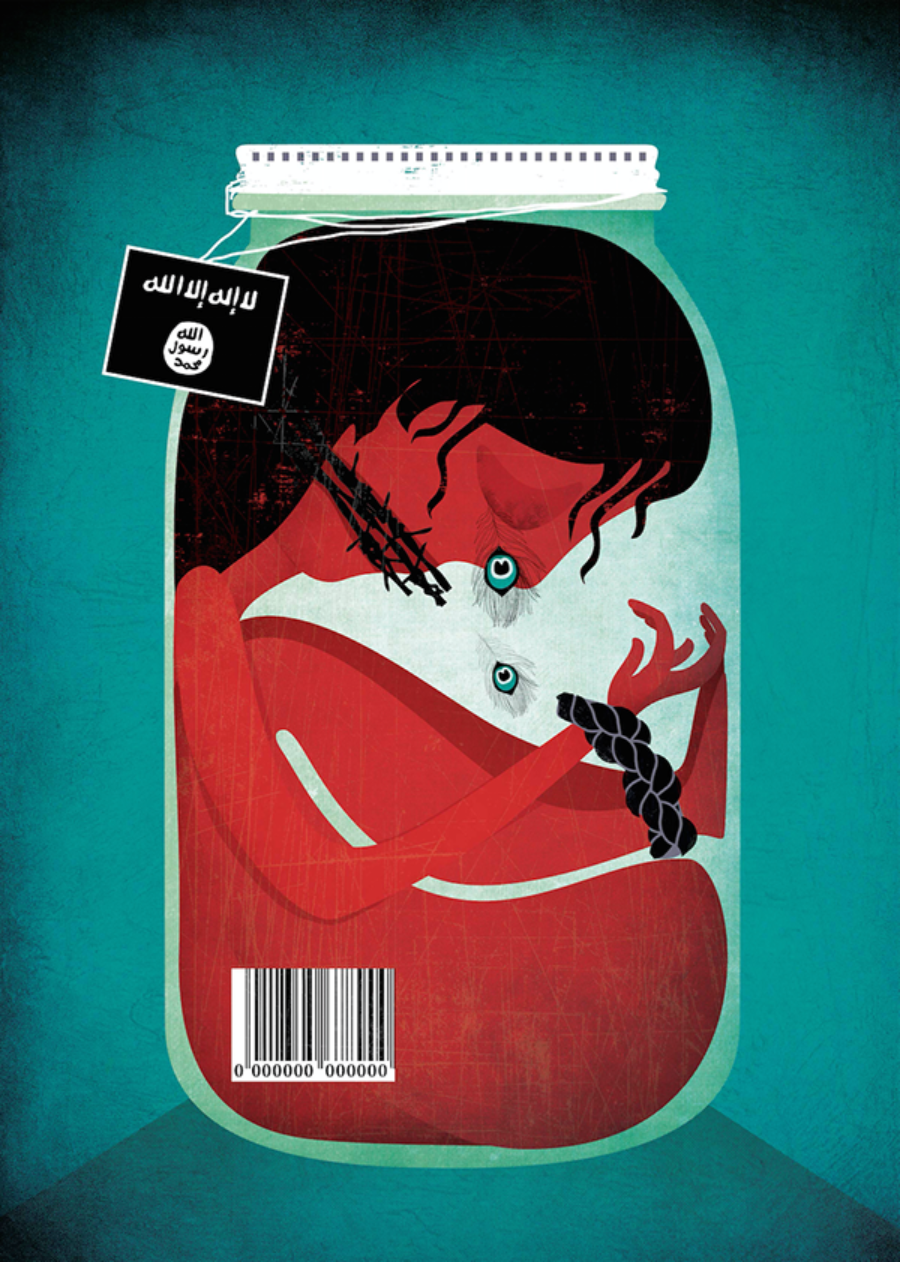 In 2017, Ramos was given an award by the Society of Illustrators New York for an illustration accompanying a story on Yazidi women in Mo*Magazine. Afterwards, the drawing became part of an exhibition in the Museum of Illustration. That was when the artist found out that the MoMA, the prestigious New York Museum Of Modern Art, had started working on a series of children’s books. "I had to be in New York to attend the opening of the exhibition, and thought I would kill two birds with one stone. I sent my portfolio to the MoMA, and was invited for an interview." It turns out that sometimes things are just that simple: Ramos was promptly asked by the museum to illustrate a children’s book about French artist Sonia Delaunay, entitled A Life of Color. 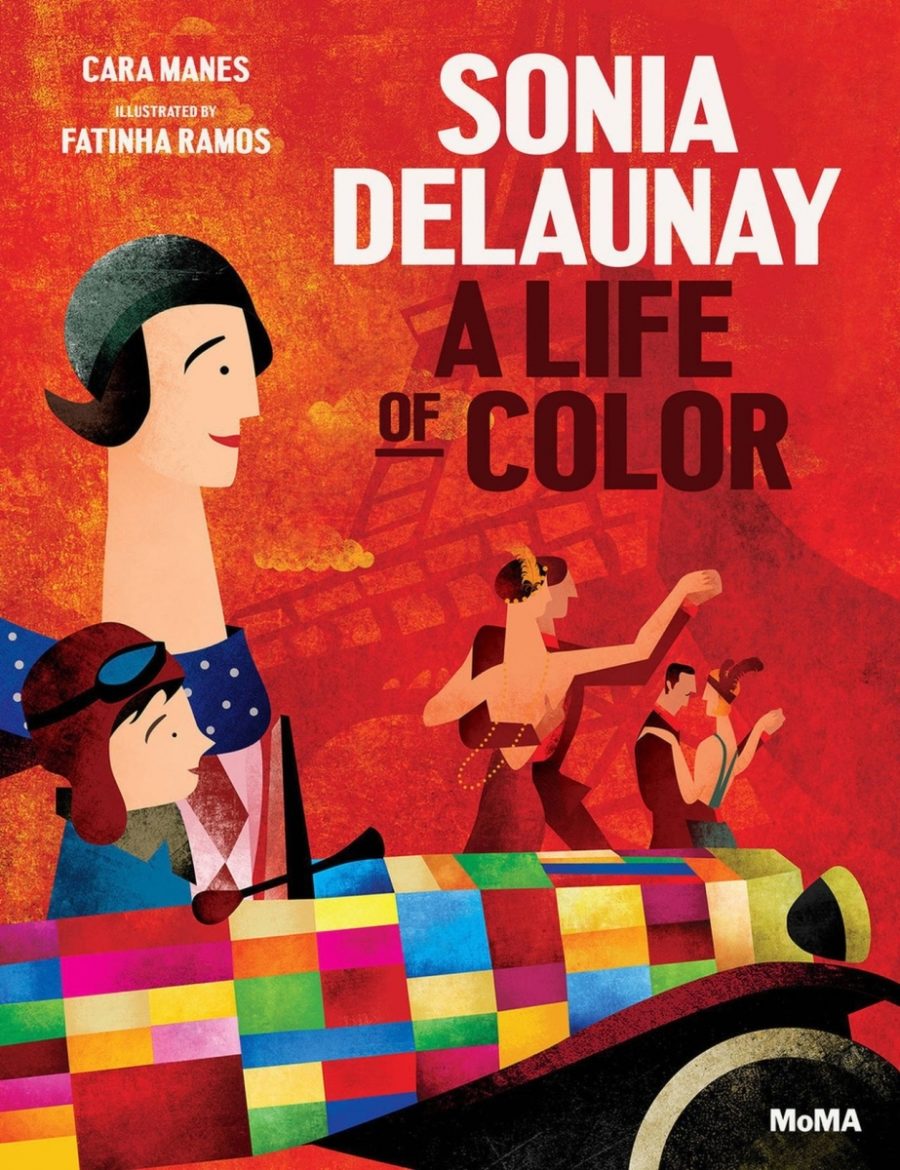 For these illustrations Ramos was awarded with a Global Illustration Award at the 2017 Frankfurt Book Fair, the world's largest trade fair for books. She received the award for Original Children’s Picture Book. In 2018, Ramos came out on top in the Theme Illustration category. She won a Global Illustration Award for her drawing for the annual Festival van de Gelijkheid (Festival of Equality) in the Vooruit in Ghent. That year, the festival focused on ‘discrimination’, which inspired Ramos to design a stamp featuring a symbol for inequality. "Winning awards encourages me to keep on doing what I’m doing," she explains. "Those accolades don’t make me the best illustrator in the world, but it does mean I stand out." 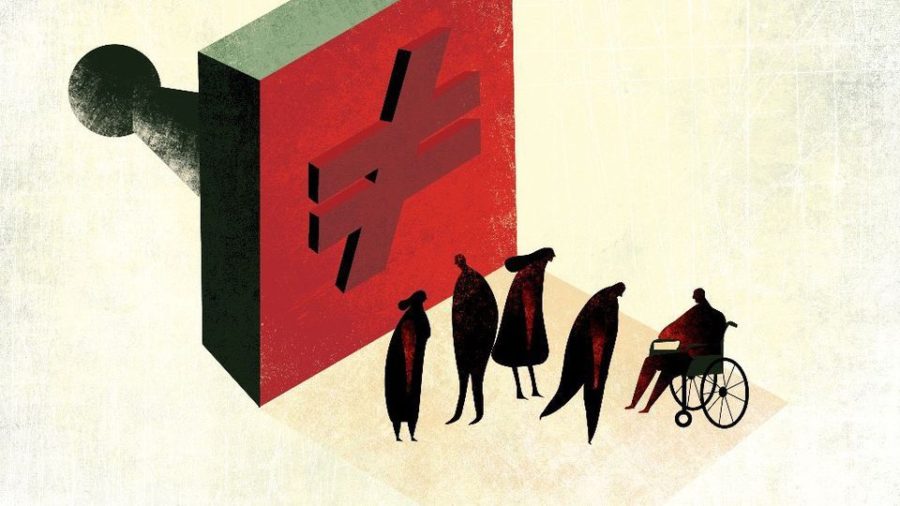 Looking back on her endeavours, what does Ramos consider her proudest moment? "Decorating the Antwerp city hall," she replies. While the building is being renovated, passers-by can enjoy twenty-eight monumental illustrations made by Ramos, some of them about four metres tall. Those who look closely can actually discover the artist in the midst of her own art work – in the Tower of Babel to be more precise. "I had never before created a work of that size," Ramos says. "It was an interesting experience, but I had to step out of my comfort zone." However, she decided to accept the challenge, and dealt with it in a way similar to how she would approach a children’s book: twenty-eight panels equals twenty-eight pages. "The council provided me with information about the city’s history and its identity. I used those ingredients to bake a delicious cake. I tried my very best to succeed." 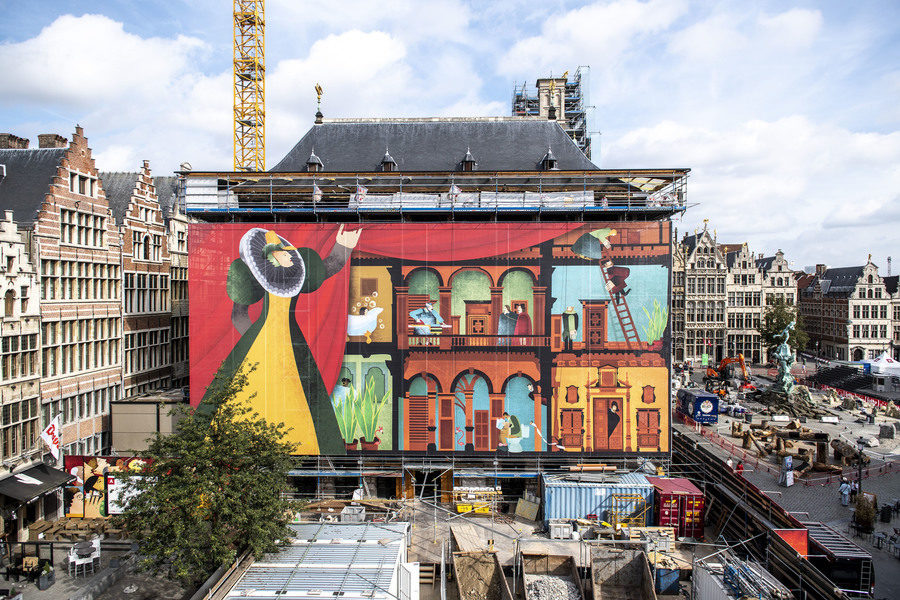 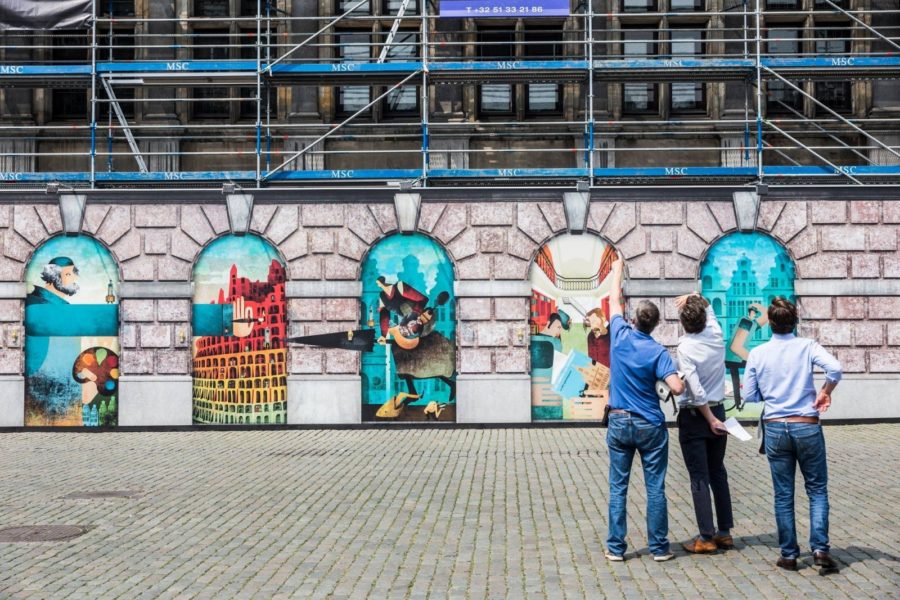