Yannis Kyriakides: Experimental Explorer of Sounds in Search of Harmony and Identity

Cypriot composer Yannis Kyriakides came to the Netherlands from England to study under Louis Andriessen and grew to be one of the Netherlands’ most exciting contemporary composers. Central to his music is experimentation with new techniques and conceptual problems, amidst a continual quest for cultural identity.

Kyriakides is a busy man. When I visit him at his studio on a business park behind the Olympic Stadium in Amsterdam, he’s working on two big up-and-coming pieces simultaneously. For theatre company Schweigman& and for the Calefax Reed Quintet he’s writing music for the poetic performance VAL, which premieres on 21 September at the Stadsschouwburg in Utrecht. With choreographer Keren Levi and percussion group Slagwerk Den Haag, he is working on uNmUTe, a performance for three dancers and two musicians, who control and manipulate digital voices via sensors on their bodies and algorithms written by Kyriakides. The show is set to premiere during the Dutch Dance Festival (Nederlandse Dansdagen) in Maastricht. “We’re totally out of our comfort zone in the making of this piece, because the technique we’re using is not very common and we’re trying to approach it in a new way.” 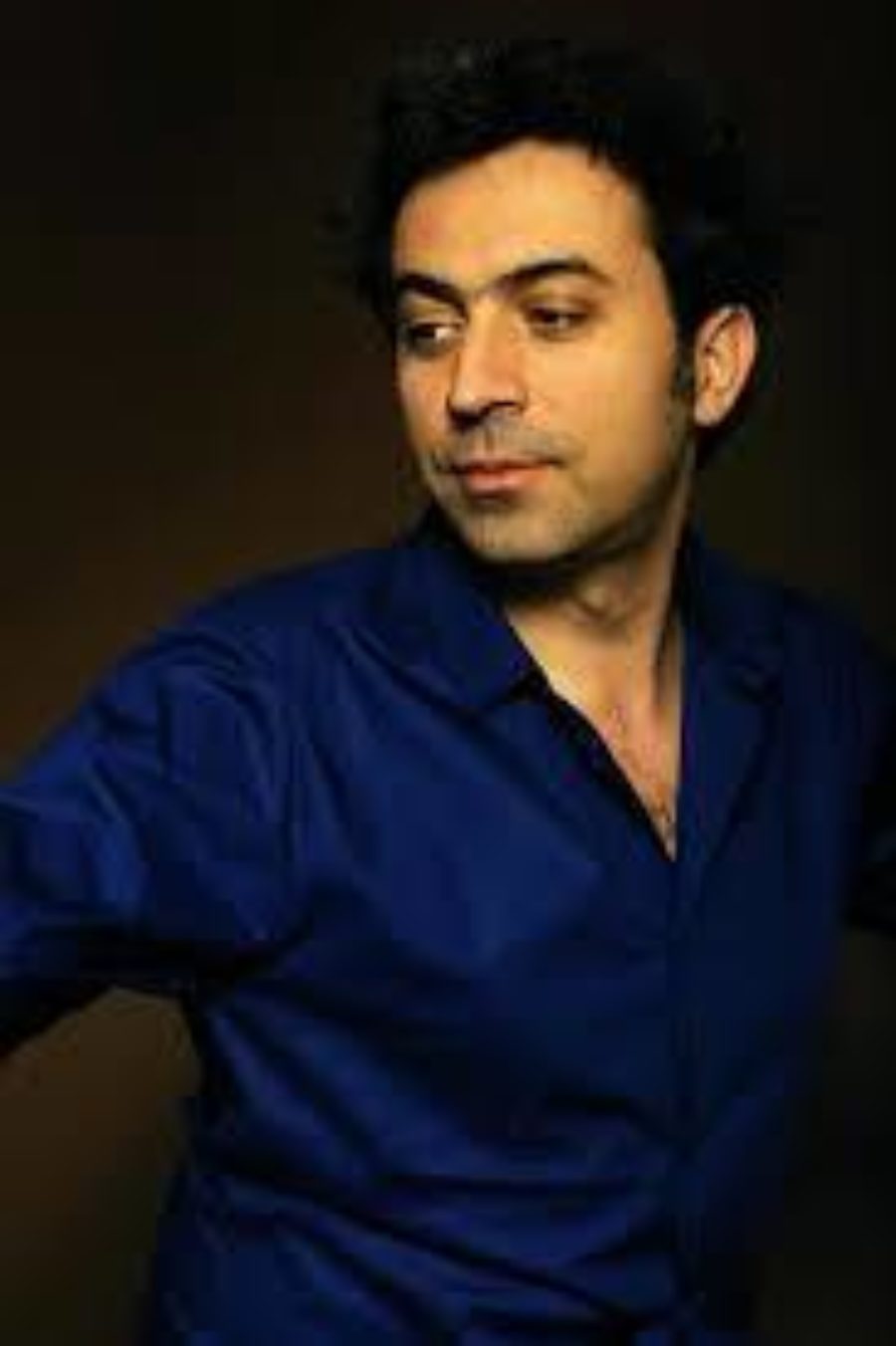 Aside from deadline stress – in September he’s also returning as a jury member for the Gaudeamus Award during Gaudeamus Music Week – Kyriakides’ favourite place is outside his comfort zone. He starts the artistic process of more or less every piece with an unfamiliar technique, or a conceptual problem to which he doesn’t yet have a solution. “I get inspiration from not knowing something, finding new ways of coming to music.” For Kyriakides the notes follow from the concept, never the other way around. For instance in a piece for solo viola (Music for Viola) he devised a code in which he transcribed the word ‘music’ in the 100 most commonly spoken languages in the world into musical notes. He also created a musical expression of all locations in Northern Cyprus that were renamed when the island was invaded by Turkey in 1974 (Toponymy). But his music is never intellectual: "I really like music that's very conceptual and detached, but it's not the way I work. I have to be possessed by the idea of the piece and then I work very intuitively with that and change the rules as I go along."

In search of a musical identity

The Turkish invasion of Northern Cyprus is also the focus of Varosha (Disco Debris). This is a mystifying sound collage of fragments of Turkish pop songs, with a female voice in an electronic soundscape reciting observations of a visit to the former Northern Cypriot holiday resort Varosha, which was abruptly abandoned when the Turks attacked. Kyriakides’ family were on holiday in the resort at the time and were among those who fled. It has since been deserted and closed off for more than forty years. In terms of technique the piece is a sort of forerunner to uNmUTe: the first version was a sound installation in which visitors walked around activating samples using sensors. The piece shows a combination typical of Kyriakides, involving urgent emotion and autobiographical content within a well-designed, rational conceptual framework.

Kyriakides’ family emigrated to England to escape the war in Cyprus, leaving behind their own nightclub and textiles workshop. Greek and Turkish music has been a theme permeating his work ever since. He rearranged Rebetiko songs – Rebetiko is regarded as the Greek blues – with guitarist Andy Moor from The Ex and wrote countless pieces based on Greek folk melodies and history. 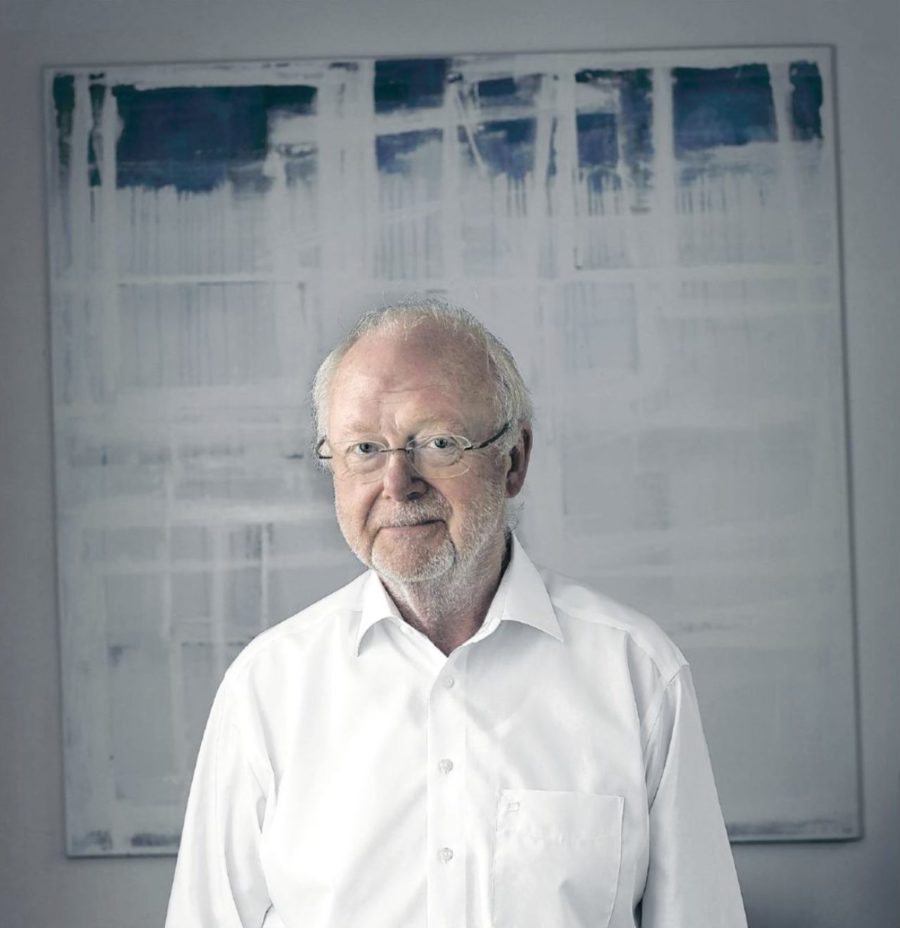 This was a consequence of a quest he began around the age of eighteen, when, after secondary school, he travelled through Greece to learn the local folk music and rediscover his own musical identity. “After I studied with Louis Andriessen, there was a period when I was really rethinking what kind of music I wanted to write and I ended up researching the ancient Greek and Ottoman modes again. That was me really consciously trying to sort of set my sight towards a more Middle Eastern way of thinking about harmony.”

With thanks to Andriessen and Raaijmakers

In England Kyriakides made his first steps in his career as a composer, but he only found his musical home when he first heard De Staat, the monumental masterpiece by Dutch composer Louis Andriessen, and was blown away by it. He moved to the Netherlands and immersed himself in Andriessen’s unorthodox teaching methods, in which late-night political discussions in the pub were as important as classes in composition. It was these classes, on top of a lengthy period as assistant to the influential electronic music pioneer Dick Raaijmakers, that shaped Kyriakides as a composer and which aroused his fascination for working with multimedia. When he won the Gaudeamus Award in 2000 with his work a conSPIracy cantata his career soared and his status as a Dutch composer became clear. As a teacher at the Royal Conservatoire in The Hague he himself now sees young international composers coming to the Netherlands in remarkable numbers.

“There was a lack of a really strong baggage in The Netherlands that you definitely did have in England, or in France and Germany. There was much more a search for renewal and innovation. You know, ‘we’ll look at an idea and we’ll decide if it’s good or not but we’re not gonna have history decide for us.’ Which made it easier for, say, a non-Dutch person to be accepted within the cultural sector. There was a sort of freedom of working here that I found quite exciting. And there’s still this big community of sound artists and composers who come to The Hague and end up staying here.”

As a restless, curious (re)searcher with a fragmented background, Kyriakides creates highly charged, intertextual music which avoids being too heavy-going and always leaves space for the listener to find his or her own way through it. It was Andriessen who taught him to think about music as if it were architecture, instead of simply narrative. “I try to create this kind of suspended space that the listener can walk around in. Not that my compositions have no direction, but I want to sort of stretch the piece out as much as possible so that you don’t feel like the music is leading you to a sort of climax.”

In his many interactions with other media, too, he is looking more for contrast and space than for synergy. He has participated in countless music theatre and dance shows, has written an opera and is fascinated by the many ways in which music and text can reinforce or work against one another – a subject on which he wrote his PhD. “I prefer to suggest things in my music rather than being concrete. I never really liked it when in opera or in songs the text is telling me something and the music is telling me the same thing. So my approach is always to contradict information or withhold information and explore how the listener fills in the gaps with his or her imagination. But how that works exactly is one of the things that, even though I’ve written about 30 or 40 pieces about it and wrote my thesis about it, is still something I don’t totally understand.” It’s no use looking to Kyriakides for answers, but he’s always ready with new and interesting questions.