Cultural Attaché Janette Verrijzer in Moscow: ‘Some of Our Partners Simply Don't Have the Means’

The Cultural Attaché is a series of interviews by DutchCulture, the Dutch network and knowledge organisation for international cultural cooperation, with cultural attachés of the Netherlands. How do these attachés help Dutch art and culture? What were their expectations when they were posted abroad, and what challenges have they faced? This edition: Janette Verrijzer in Moscow.

Janette, you are now working at the Embassy of the Netherlands in Moscow for almost a year. What were your expectations and have they been met?
Janette Verrijzer: 'My expectations were to get into a whole new field of work, to meet interesting new people and to do interesting new things. These expectations have been completely met, and more than that. I have come to a really stimulating, challenging work environment. Moscow is a vibrant metropolis.' 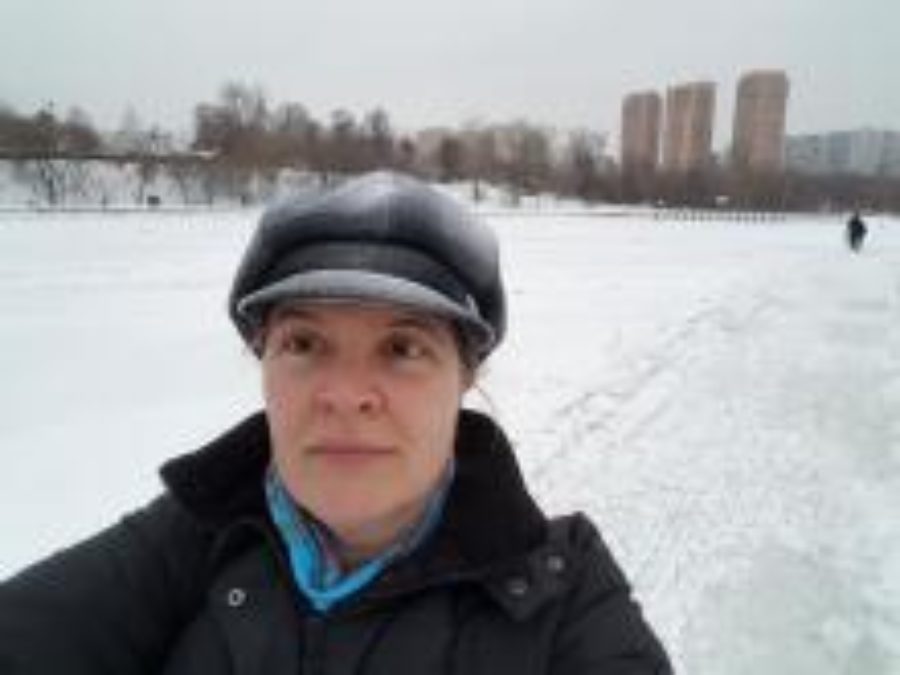 Janette Verrijzer, cultural attaché of the Embassy of the Kingdom of the Netherlands in Moscow

That’s good to hear. We will get back to the challenging part of your job, but first I would like to ask you which achievement or project of the last year you are most proud of.
'One of the many nice projects that come to mind is the exhibition 'Reuse, Redevelop and Design' about the reuse of existing buildings, which we exhibited in Moscow and St Petersburg. After being successful in these cities, it turned out there was a lot of interest from Russian partners in other cities in Russia to showcase the exhibition. So it is currently touring through Russia; it has already been in the cities Ivanovo, Ekaterinburg and Krasnoyarsk and it will still travel to Tula and Kazan. On a more general level, I am very happy that we focus more and more on the concept of liveable cities and that we get to collaborate more with the other departments of the Embassy, which enhances the image of the Netherlands in Russia.' 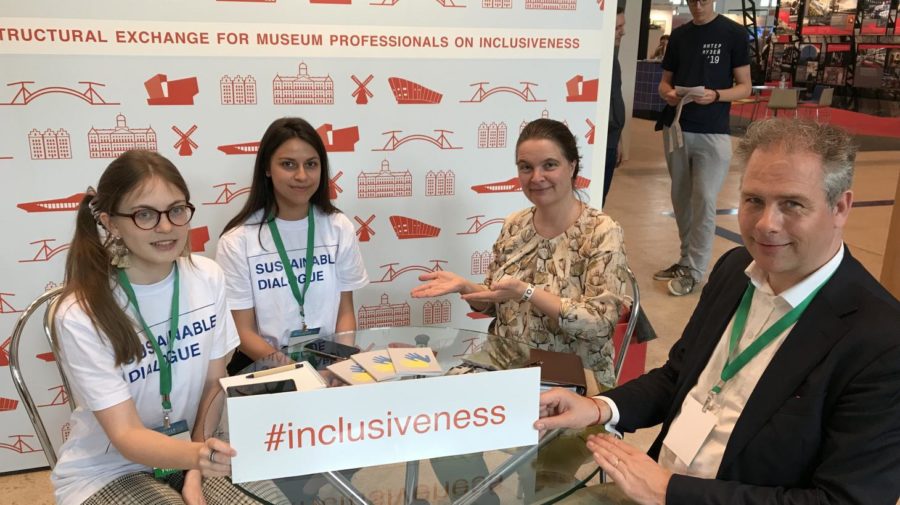 Janette at Intermuseum festival in Moscow

What does the cooperation with the other departments of the Embassy look like on a daily basis?
'The collaboration with the economic department is the most clear. If we focus for example on the topic of sustainable living cities, it is very clear where the synergy lies. If we invite the Chief Government Architect of the Netherlands (Rijksbouwmeester) or an architectural historian to give a lecture for example, there is also a chance for Dutch architects and urban planning agency's to jump on board and potentially get assignments in Russia. So there is a clear benefit to all of us to work together, because we benefit from the extra audience and they benefit from the market leads.'

I suppose that working together with the political department is also important in the case of an Embassy in Russia. Could you explain us a little bit about how the political situation influences your work and about other bottle necks you encounter?
'The bilateral relation with Russia is complicated. In the framework of the Dutch policy, cultural events can offer room for dialogue. As Mikhail Piotrovsky, director of the State Hermitage, likes to say: "Culture is the bridge that should be blown up last." Fortunately, there are still many Russian and Dutch partners that want to work together, and the dialogue continues to take place. Another challenge is that we fund projects up to 50% and we need local buy-in. Some of our very good partners simply don't have the means. If they would be able to co-fund more, we could have bigger projects. On a daily basis, this might be the biggest problem we face.'

So talking about the daily basis. What does a typical day at work look like for you?
'A lot of my work is done from behind my desk and involves connecting people by email and phone within and outside the Embassy. And then I often meet with cultural experts at the Embassy, who come to present themselves. They could be Russian or Dutch artists, researchers or institutions, who keep me updated about their projects. And luckily, I often attend cultural events for networking reasons and to stay informed. So I go to a lot of concerts, exhibition openings and performances.

One thing very few people know about my work is that I am the keeper of all the exciting tickets at the Embassy. We often get several tickets or invitations to any cultural activity we support, and I can bring colleagues. Some are hesitant to join for events that are less traditional, but they often turn out to be very exciting. For instance a concert of Tango and Organ. It might not appeal to many people on first sight, but it was extremely cool. "Kruto!", as Russians would say.' 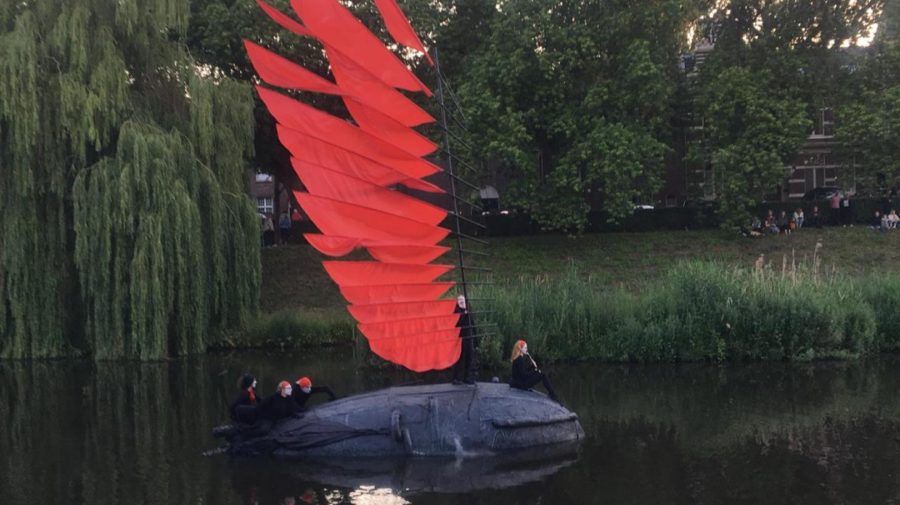 Alright, I know where I have to be next time I am in Moscow. So what kind of cultural activity in the upcoming year are you most looking forward to?
'One of the biggest projects we support this year is the festival of youth theatre, 'Gavroche'. The festival has invited ten Dutch youth theatre companies, like OOrkaan, De BonteHond, Urban Myth, De Krakeling and Stip, to attend the two-week festival. It is a very professional organisation with a broad audience, so it is a really nice opportunity to present the Netherlands as a country in which youth theatre is going through interesting developments.'

If I would give you unlimited time and money to spend on your work, how would you spend it?
'I think I would send more people from the cultural field on exchange programmes from the Netherlands to Russia and the other way around. Because however hard we try to get to know all the potential partners and developments in the cultural scene, it is most often the contact between artists and cultural organisations themselves that lead to collaborations. They speak each other's language.'

It is most often the contact between artists and cultural organisations that lead to collaborations. They speak each other's language

You studied the Russian language and you have been to Russia before. Did you always dream of getting this position?
'I have wanted to get a position at the Embassy in Moscow or the Consulate-General in St Petersburg already for ten years. I am very happy that I succeeded in getting a position in Russia and I am thrilled that it is the position of cultural counsellor. It's new to me, but it turns out to be really enriching and stimulating. It gives me a lot of energy to meet all kind of inspiring artists and cultural actors every day.

Before this, I have done economic and political work all around the world. One of the interesting parts about being a diplomat is that you get to work in different fields. What I like about working as a cultural attaché is that you meet many people who live their dream and passion, they are enthusiastic, think in possibilities and share their energy.'

What do your children like most about the Russian culture?
'Up until now they really liked the Maslenica celebration (comparable to the Dutch Carnaval), during which a doll made out of straw is burned in spring to chase away the bad spirits of winter. One of the traditions during this festivity is to eat pancakes. My son (10) really liked the burning of the doll and my daughter (12) loved the pancakes.'

Come to Russia! Have a look and find the cultural people that breathe like you!

What would you like to say to Dutch artists and cultural organization, who would like to work in Russia?
'Do come! Don't just send me an email asking about possible partners, but go to Russia, have a look! Go to festivals, go to galleries, attend performances. Find the cultural people that think like you, breath like you and then send me an email, so we can find a way to assist you.'

Want to know more about cultural exchange with Russia? Find everything here.