The Cultural Attaché is a series of interviews by DutchCulture with cultural attachés of the Netherlands. How do these attachés help Dutch art and culture? What were their expectations when they were posted abroad, and what challenges have they faced? This edition: Nanna Stolze, deputy consul-general in São Paulo and head of cultural affairs, on working in a country during politically turbulent times.

Brazil is a huge country. How do you organise the Dutch diplomatic mission and how do you support the cultural cooperation with Brazil? What exactly is your role in this?
Nanna Stolze: ‘It is indeed a very big country. That is why we have people supporting the cultural cooperation between the Netherlands and Brazil in three different places: at the Dutch Embassy in Brasília, at the consulate general in Rio de Janeiro and the consulate general in São Paulo. These posts have a considerable amount of autonomy, with each post working for its own region and a number of surrounding states. The places where Dutch heritage can be found fall under the responsibility of the post in Brasília. 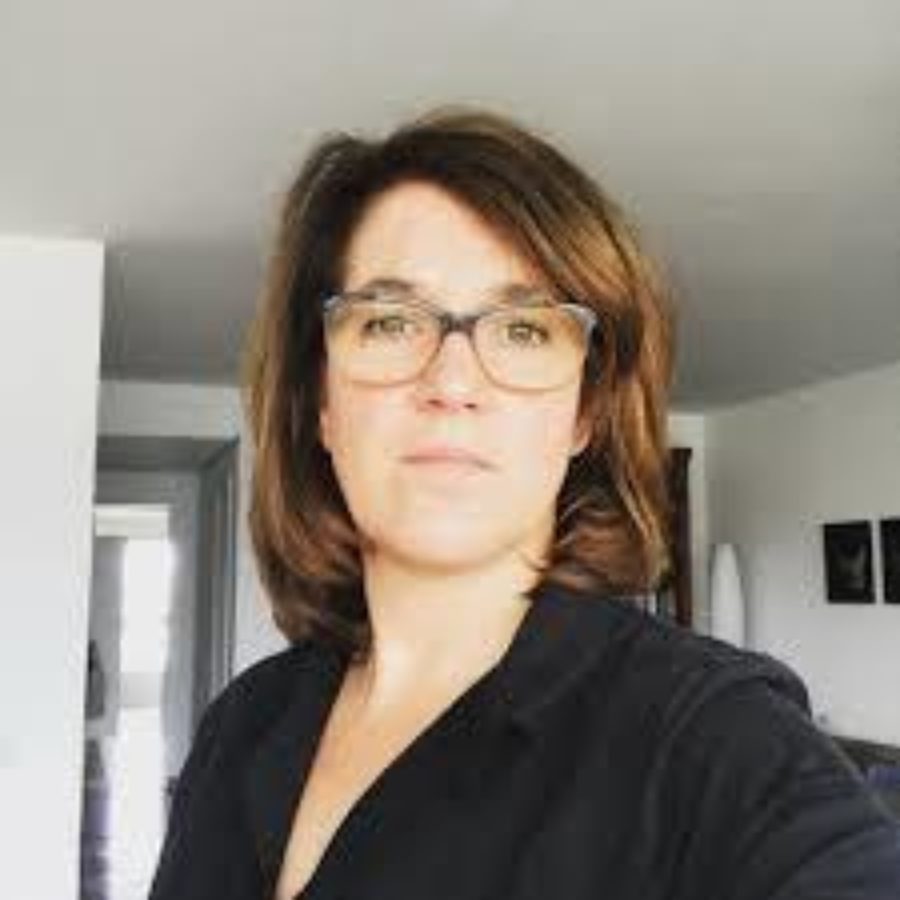 Our main job is to establish contacts, to support events, and to expand the network. The posts cooperate intensively and often consult each other. Suppose someone has been invited to Brazil by a cultural institution, then we will always see if this person could also visit other places in the country.

As the head of culture in São Paulo, I am usually the first point of contact for people in the Netherlands. I coordinate the cultural work for all three posts and am responsible for what we do collectively, as a diplomatic network.’ 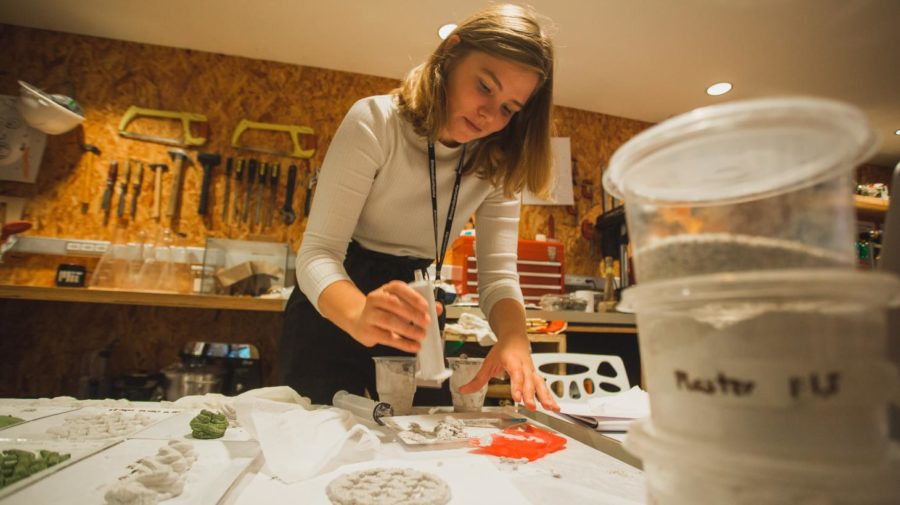 Designer Anja Zachau for Studio Tjeerd Veenhoven at the lab of the Museum of Tomorrow (Museu do Amanhã) in Rio de Janeiro, Brazil

Politically and economically, Brazil is currently experiencing turbulent times. This also affects the Brazilian cultural sector. How does this influence your work?
‘The current conditions do not affect our work directly. We operate according to a long-term policy framework, with ‘the liveable city’ as overarching theme. Our work focuses on urban development and inclusiveness. This relates directly to the issues of social inequality and contrasts affecting Brazil. And it relates to how art and culture can contribute to assuring the participation of vulnerable groups and to bringing together people from different sections of the population. This is an interest that parties from Brazil and the Netherlands continue to share. Dutch innovative and creative ideas can play a relevant role in keeping cities liveable.

The current conditions have much more of an impact on our Brazilian partners. Brazil’s new government has been in place for one year now, and our partners often tell us how much harder it has become to obtain financing. What’s particularly difficult is that the new authorities are publicly discrediting the importance of the arts. That is why the sector is joining forces in order to communicate a single shared message, for instance with a manifesto defending culture. They are also attempting to engage the federal government in a dialogue, but without much success so far.

Precisely because of these circumstances, we notice how much the Brazilian cultural partners appreciate the Dutch interest in collaboration and the support we provide. We represent a cultural stance which is very important to them. Although the influence of our limited contribution must be seen in perspective, of course.’

You have been in Brazil since 2016. Has it lived up to your expectations? What has stood out for you, and were there any surprises?
‘I must admit that I didn’t know much about Brazil before I came here. I really had to get used to the Brazilian attitude of tudo vai dar certo (all will work out fine): a wonderful expression that points to the Brazilian ability to improvise. I am now a great admirer of this ability to improvise, it’s something of a neglected skill in the Netherlands.

What really surprised me is the range of culture that’s on offer here. I am referring now to São Paulo since that’s where I live. A lot of art and culture is accessible free of charge, and even casual cultural events are of a high quality. And the audience also continues to surprise me. I remember the first time I attended a classical concert at the city's music hall, the Sala São Paulo – it was an audience of all ages and walks of life, eager and boisterous – and the same goes for all sorts of cultural events. People are very hungry for culture, and very open.’ 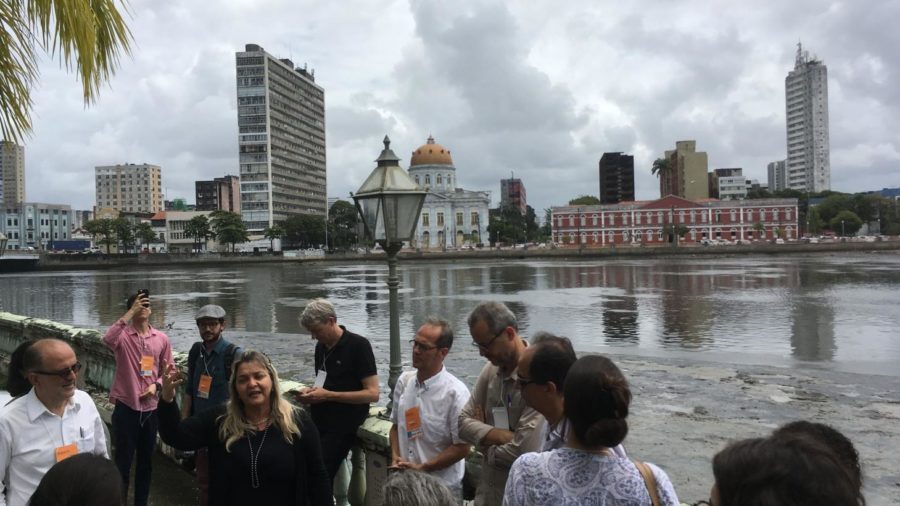 Which cultural activity do you remember fondly, or are you really looking forward to?
‘A couple of things stand out for me, looking back. We organised a number of musical collaborations involving Dutch musicians and young people here in Brazil, such as the collaboration between the junior orchestra Leerorkest Amsterdam and the Ricciotti Ensemble. The former conductor of the Ricciotti, Leonard Evers, recently performed with the Orquestra Moderna and deaf young people. These are special collaborations. We have also developed a good relationship with the Museum of Tomorrow in Rio de Janeiro, where several Dutch designers did an artist's residency at the museum's lab and have displayed their work.

I am enthusiastic about the reciprocal visits of heritage experts to exchange knowledge. Also, a game has been developed for schools which explores the historical past between Brazil and the Netherlands. And what truly makes me happy is the festival concept in which art and innovation go hand in hand. There are lots of such festivals here. Furthermore I am very proud of the fact that we have been able to present a Prince Claus Award three years in a row, with the philosopher Djamila Ribeiro as this year’s recipient. In terms of looking forward: next year marks the sixtieth anniversary of the founding of Brazil’s capital city, Brasília. We are contributing to a collective examination of solutions for urban challenges. This effort is part of a much larger multidisciplinary Dutch-Brazilian programme on liveable cities in 2020. So there is much going on, it’s hard for me to choose!’

What are your tips for Dutch makers and cultural organisations wishing to work in Brazil?
‘My first tip is to invest in local relations. It just won’t work to come here once and to think that’s enough. You need to take your time, but then you will be richly rewarded. My second tip is to involve the Dutch Embassy in Brasília or the consulates in São Paulo and Rio, since we have an extensive network that could be useful. My third tip has to do with the state of mind required to work with partners here in Brazil: you need to be comfortable with a bit of improvisation. For instance, it has happened several times that electrically-powered art installations failed to work at first, because the grid voltage can vary here. But don’t worry, in the end tudo vai dar certo!’

Cultural Attaché Beate Gerlings in Berlin: ‘Germany is a Candyland for Everyone Active in the Cultural Field’