Working with light takes Antwerp-based duo Daems van Remoortere in different directions. On the one hand, they produce gallery works that draw on geometric abstraction and astrophysics. On the other, they make challenging multimedia installations that raise questions about public space and society. One of these public works proved so challenging in 2020 that Antwerp cancelled its installation, judging it too provocative for the city centre. Lena Daems (b.1988) and Frederik van Remoortere (b.1986) met at the Royal Academy of Fine Arts in Antwerp and collaborated in their final years as students. Daems specialised in photography, graduating in 2011, while van Remoortere followed the academy's In Situ programme, which focuses on site-specific art. He graduated in 2008.

While at the academy, van Remoortere set up a collective called Lampekap, to develop projects involving different media and forms of performance. Membership varied according to the project, with film- and theatre-makers, writers, musicians, and performers contributing as required. Daems was also involved in some of these Lampekap projects, which now feature among the early works of the duo Daems van Remoortere.

The first project to make an impact was Het Raam (2012), in which filmed scenes from a murder mystery were projected in windows around Antwerp's Meir shopping district, after dark. By moving from window to window, spectators could see into the rooms where the mystery played out and piece together the narrative, becoming voyeurs in the process. Fresco (2013) moved indoors, inviting some 30 spectators to lie on a large circular sofa, facing the ceiling, where a film projection created a window to the sky. Nude figures walked, rolled and sprawled against the blue and the clouds. Once again there is a hint of voyeurism, and a nod to the long tradition of trompe l’oeil ceiling paintings. The installation also contained a hidden image: seen from above, the arrangement of spectators around the sofa resembled the iris of an immense eye. Fresco, 2013. Seen from above, the arrangement of spectators around the sofa resembled the iris of an immense eye. © Daems van Remoortere

The relationship between private and public space in these two Lampekap projects would become an important theme in the work of Daems van Remoortere. But looking back, the key work appears to be Lichtlijn (2013), their first in which light and geometry play a significant role.

For this installation, a series of circular and square holes was cut in a staircase in De Studio, an Antwerp arts centre. A light beam projected down through the holes layered circular shadows on square holes, and vice versa, creating a geometric abstraction that pierced the building. The lamp casting the shadow rose and fell as people climbed the stairs, causing the shadows to expand and contract. The artists’ inspiration was the American ‘anarchitect’ Gordon Matta-Clark, who in 1977 cut holes through the floors of an Antwerp building to create Office Baroque. But Lichtlijn is more discrete, more precise, almost like a maquette for a bigger project, in a bigger building.

Alongside these Lampekap installations, the duo of Daems van Remoortere began to make independent gallery works that developed their interest in geometry, light, time, and the interplay of public and private space. While clearly in the tradition of geometric abstraction, these works are unusual in maintaining a clear connection to observable reality. Blues of Pools (2019), for example, reproduces the geometry of lane lines in a swimming pool, distorted by movements in the water. Then there is Blinds (2018), a circular venetian blind with slats made of glass. As geometrical abstraction this can be seen as a composition of lines and a circle, but as an object it subverts the function of a blind, letting in both light and sight. This gallery work was also a way for Daems van Remoortere to explore ideas for new installations. Their 2018 solo exhibition Meetingpoint, at the Callewaert Vanlangendonck Gallery in Antwerp, proposed a public sculpture that would allow people to experience a solar eclipse. When the sun reaches its highest point in the sky, it lines up with a disk on the sculpture representing the moon, and an eclipse can be seen from a stepped viewing platform. The pieces in the exhibition included a maquette for the structure, diagrams showing the lines of sight involved, and representations of the eclipse process.

Once again, this is geometry in observable reality: one circle moving to obscure another. Yet at the same time it concerns a momentous change in the world around us, movements in the heavens that are awe-inspiring even when we understand them. If there is a hint of theory in this work it remains a hint. There are no formulae, no texts to wrestle with, scarcely any explanation, even though the artists admit to having a detailed narrative (initially developed as a script for a sci-fi film) that inspires their formal language.

Meetingpoint remained a gallery work and did not develop into a public installation. Instead, Daems van Remoortere turned for their next public work from astronomy, arguably the world’s oldest science, to one of the newest: artificial intelligence. Track Tracy (2018) is designed for an open space surrounded by high buildings, after dark. The squares found in many Flemish and Dutch towns are ideal. Two large spotlights high on one of the buildings are controlled by a computer that monitors people passing through the space using a thermal imaging camera. Then, following its own logic, the computer selects a person and lights them up, following them until they leave the area, or it decides to switch to another subject.

The artists describe this as an interplay of biological and artificial intelligence, a choreography in which it is not always clear who is taking the lead. This might seem a charitable view of spotlights picking people out in the night, yet the reactions of the public wherever the installation has been set up (so far in Antwerp, Leuven, Tongeren, and Kasterlee in Belgium, Basel in Switzerland, and Vlieland and Breda in the Netherlands) is extremely varied. Some people try to get out of the light, or react angrily to being picked out. Others playfully try to dodge it, or attract its attention if the machine does not single them out. Some dance in the spotlight. Track Tracy makes us think about social media and celebrity culture, the intense attention that focuses on individuals for a short time and then stops, for apparently arbitrary reasons. It makes us think about our relationships with computers, about being seen and processed, whether it means something or nothing at all. And perhaps most of all it makes us think about surveillance, the ability of computers (and those who control them) to follow our movements, whether we want it or not.

This last aspect of Track Tracy has proved the most problematic for the artists. Its first appearance in Antwerp was at the MAS Museum, in a gentrified area of the city’s docks. This presented no problem. But when the city’s culture department proposed setting it up over central square last year, the office responsible for security stepped in to cancel the invitation, on the grounds that it would create fear among residents. When a journalist pointed out that Antwerp is full of cameras tracking people’s movements, the city spokesperson protested, without irony, that this was different because they would feel they were being watched.

While Track Tracy was on tour, Daems van Remoortere completed a further installation: Ballooning a House (2019), once again conceived for a public space at night. It consists of a film, showing a small, square brick house. At first nothing appears to happen, but there is a creaking, groaning sound which turns out to be the bricks protesting as a large, black sphere expands inside the house. The sphere gradually forces the walls apart, ultimately causing the structure to collapse. At night, the edges of the screen on which the film is projected melt into the darkness, so the house appears to be real. On several occasions, the screen has been placed in a lake, so that the image of the house reflects in the water. This is also the setting of the house that inspired the piece, a refuge on the Dutch island of Tiengemeten for workers cut off by high water.

According to the artists, the growing sphere can be seen as the unstoppable power of nature, which confronts the human urge to organise and define. And again there is geometry, a succession of shapes: a sphere bursts through a cube, one of many cubes built on the sphere of the Earth. The relationship between Daems van Remoortere’s installations and gallery pieces becomes clearer in their most recent work. The installation After Hours (2021) consists of a shape cut from the wall of an empty factory on the outskirts of Antwerp, the gap filled with a giant pink venetian blind. Seen from outside it is a patch of colour and a change in the texture of the steel shell. Inside, it scatters light in a dramatic way. The halo created when the sun is behind the blind brings home that this is another eclipse, or perhaps Earthrise seen from space.

The artists call it an ode to Gordon Matta-Clark, following his example of turning architecture into sculpture, cutting from public into private space. It also brings home how much Daems van Remoortere are working on a long-term project, pursuing themes from one piece to the next, creating many layers.

After Hours is continued through a number of pieces in their latest gallery show, with variations on the shape, the colours, and the structure of the venetian blind. But the title work of the show, Are we movin’ too slow? develops a new idea for a public installation. In the front of the gallery there is sculpted hill of red earth. Above, a spotlight on a long arm rotates, stopping periodically at a point representing the present position of the sun, casting light and shadow across the hill. It rests, and then spins again. Part of the gallery show Are we movin’ too slow? at the Callewaert Vanlangendonck Gallery © Geert Van Hertum

Then there are further iterations of lines and circles. In Meeting Point Palace (2021), a metal grid lies over two touching circles, an eclipse in process. And in End (2021) a circle, a square and a grid of lines are superimposed; yet they are not all visible at the same time, changing intensity and colour depending on the angle of view. This clearly falls in with their geometric series, yet there is something about the surface that also suggests semi-conductors, the shimmering geometry that hosts artificial intelligence.

Are we movin’ too slow? is at the Callewaert Vanlangendonck Gallery in Antwerp until 26 June. Information on future installations can be found through Berserk Art Agency. 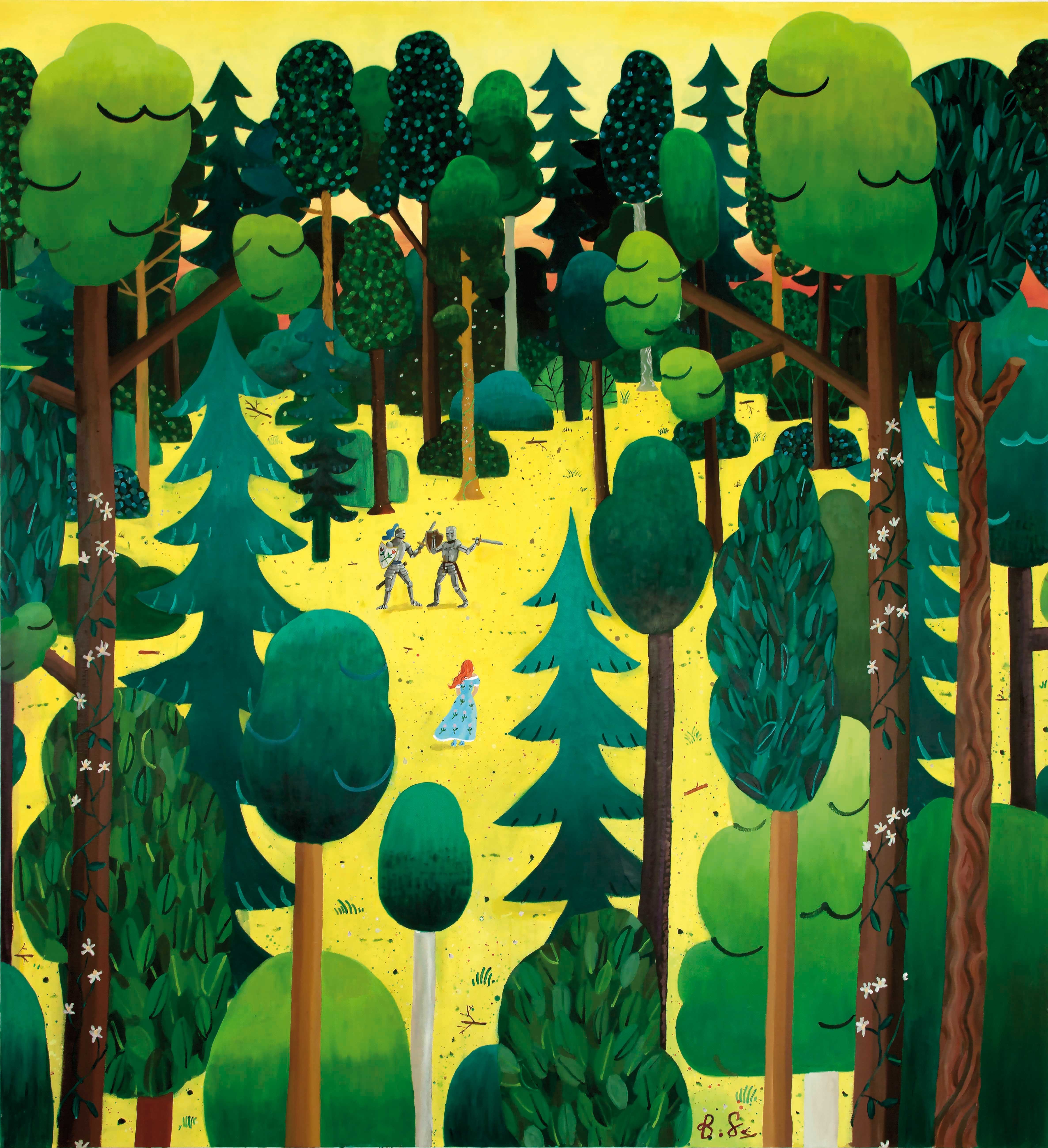 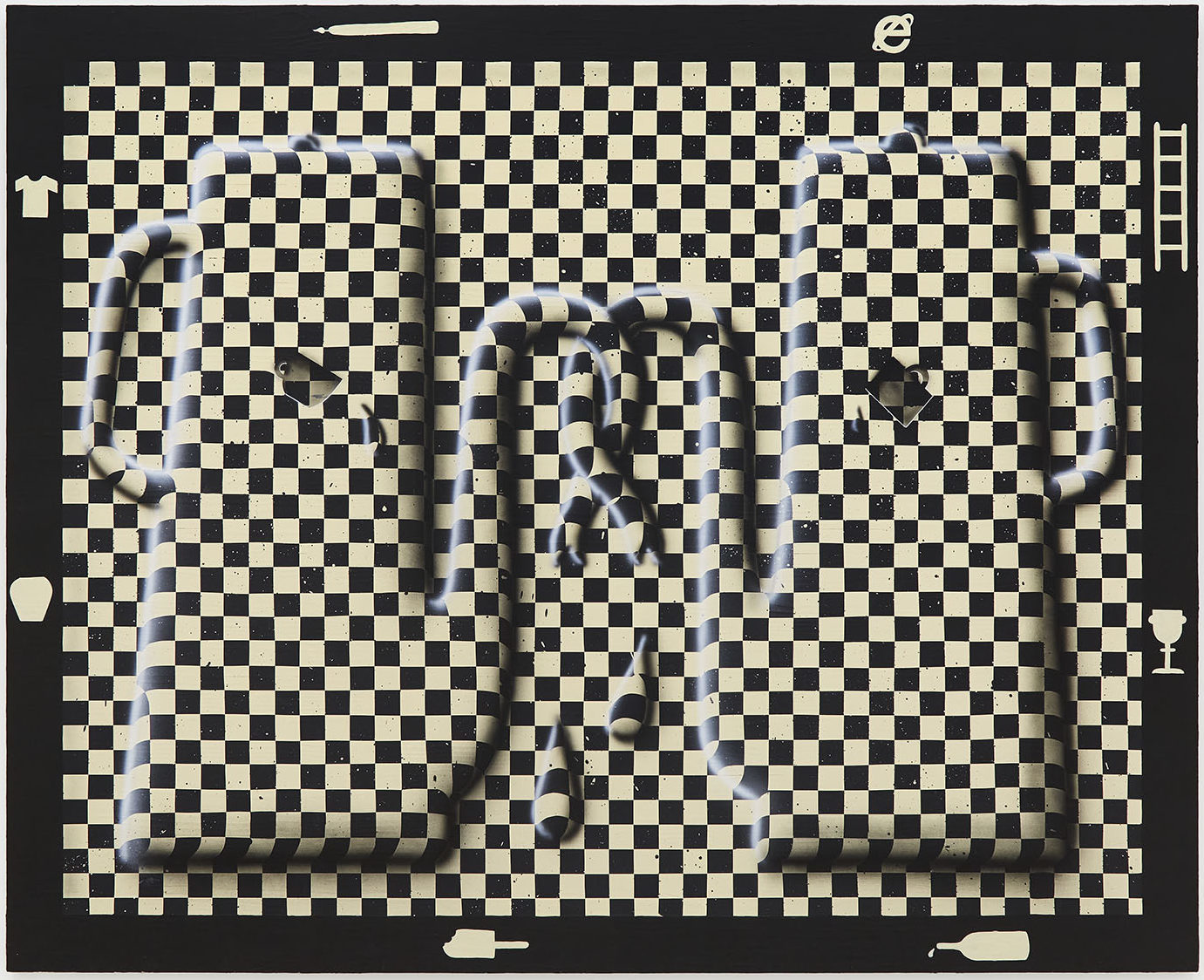 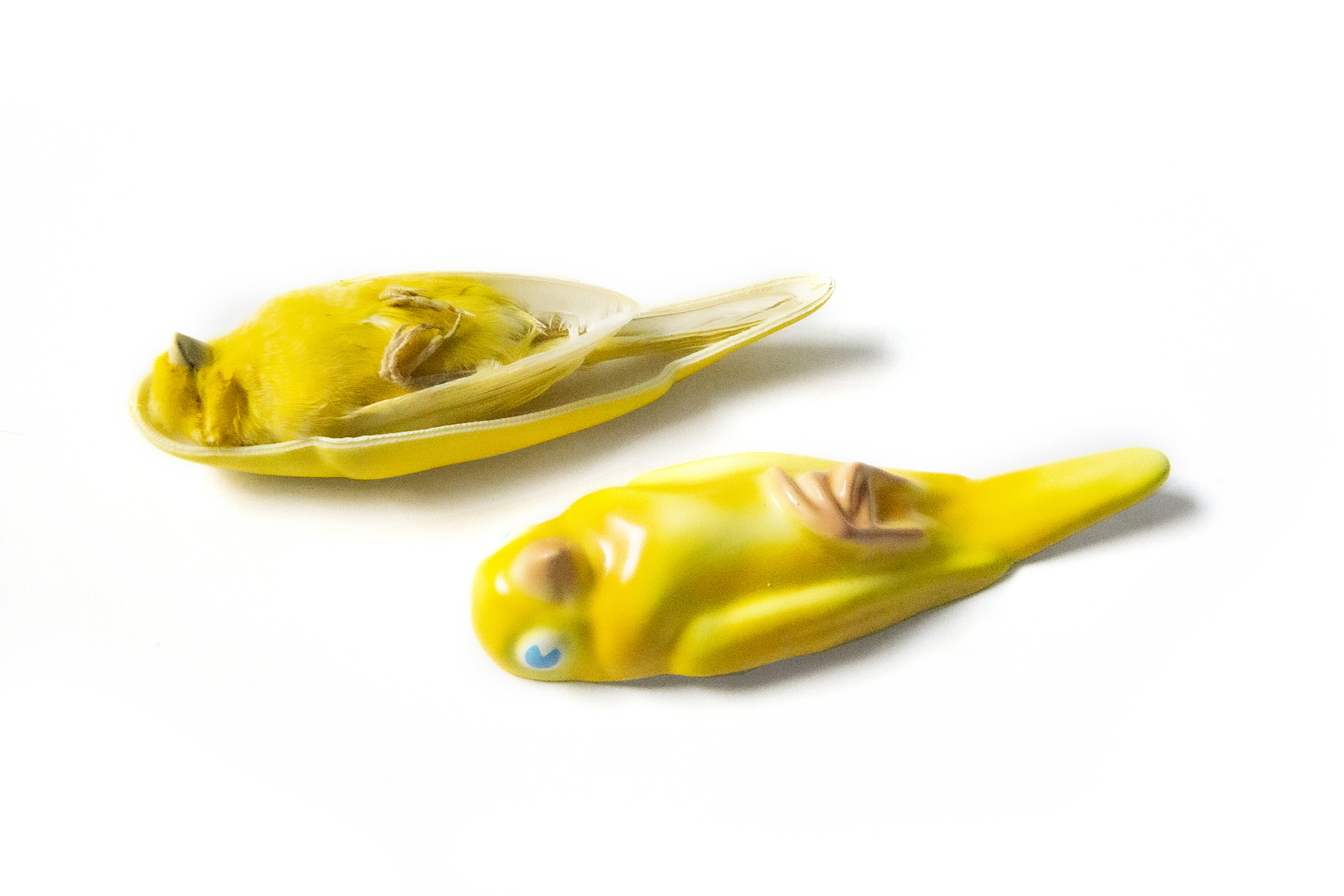