How the Dutch Got on Their Bikes

Have you ever wondered why the Dutch are so bike crazy? British journalist Derek Blyth figured it out. ‘Most people assume the sensible Dutch have always cycled. But the story is more complicated.’

I wobbled a bit outside Centraal Station. It was tricky on a bike. But once I had joined the flow, it was bliss to swoop through the city, pulling up to grab a coffee or take a look inside a bookshop.

‘But of course, the Dutch are different,’ my British friends will say when I describe the joy of cycling in the Netherlands.

It’s true, in a way. No one else cycles as much as the Dutch. Not even the Danes. There are 1.3 bicycles for every Dutch person, according to the latest count. The Dutch cycle a total of 15 billion kilometres every year on about 35,000 kilometres of dedicated cycle routes. 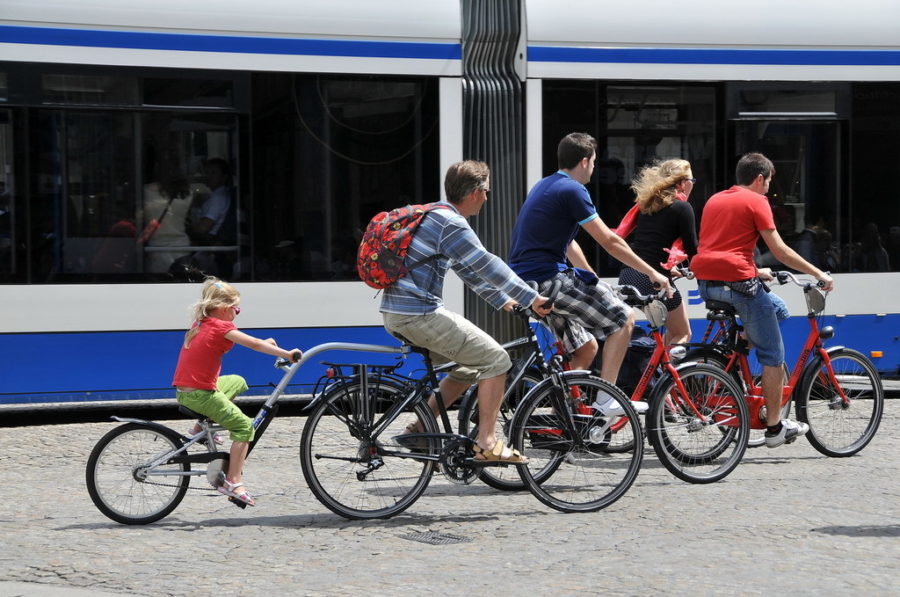 Most people assume the sensible Dutch have always cycled. But the story is more complicated. Back in the 1960s, the Dutch were doing like people in every other advanced economy. They were driving everywhere. Parking anywhere.

Then came the 1965 Amsterdam municipal elections. The radical Provo politician Luud Schimmelpennink won a seat on the city council. Trained as an engineer, Schimmelpennink wanted to cut car use in cities and introduce safer and more ecological alternatives. He now had the opportunity to put his ideas into practice. 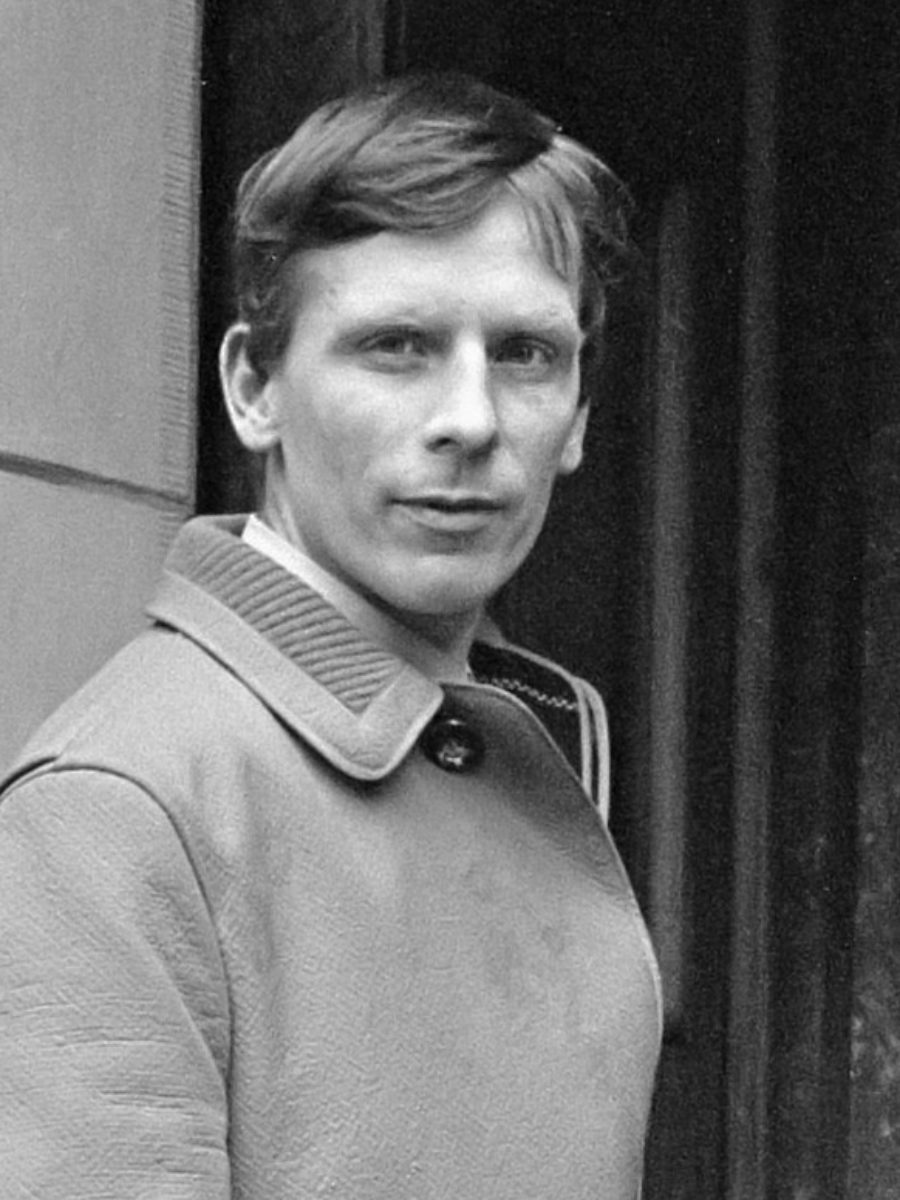 Not long after the election, Schimmelpennink tried to introduce the White Bicycle Plan. It involved the city buying 22,000 white bikes which would be left out on the streets. Anyone who wanted to get around could simply use one of the white bikes for free. The plan also aimed at banning cars from the city centre and increase public transport frequency. 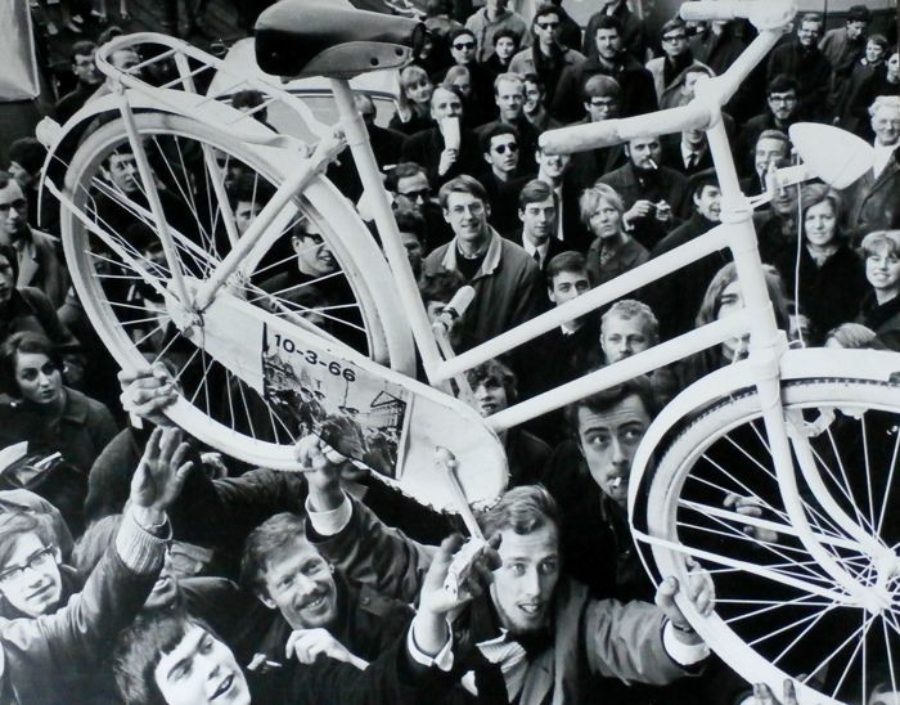 The White Bike Plan was rejected by the city council of Amsterdam, but the Provos went ahead. © Wikipedia

Schimmelpennink’s proposal was rejected by the city council, but the Provos went ahead anyway. In July 1965, they painted several dozen bikes white and left them on the streets for anyone to use. The police immediately impounded the white bicycles because they broke a law requiring bikes to be locked.

The Provos retaliated by stealing several police bikes. When the police returned the white bikes, the Provos fitted them with combination locks but painted the number on the frame.

By the early Seventies, the car culture was as dominant in the Netherlands as it was in Germany or France

The White Bike Plan fell apart within a few weeks. Before the summer was over, every last bike had been stolen and repainted, or dumped in a canal. The free bicycles were never seen again on the streets of Amsterdam, although visitors to the Kröller-Muller National Park can still use one of the free white bikes.

The white bike fiasco was a turning point in Dutch transport history. It contributed to cynicism in Dutch society. By the early Seventies, sustainable transport had become a dead idea. The car culture was as dominant in the Netherlands as it was in Germany or France. 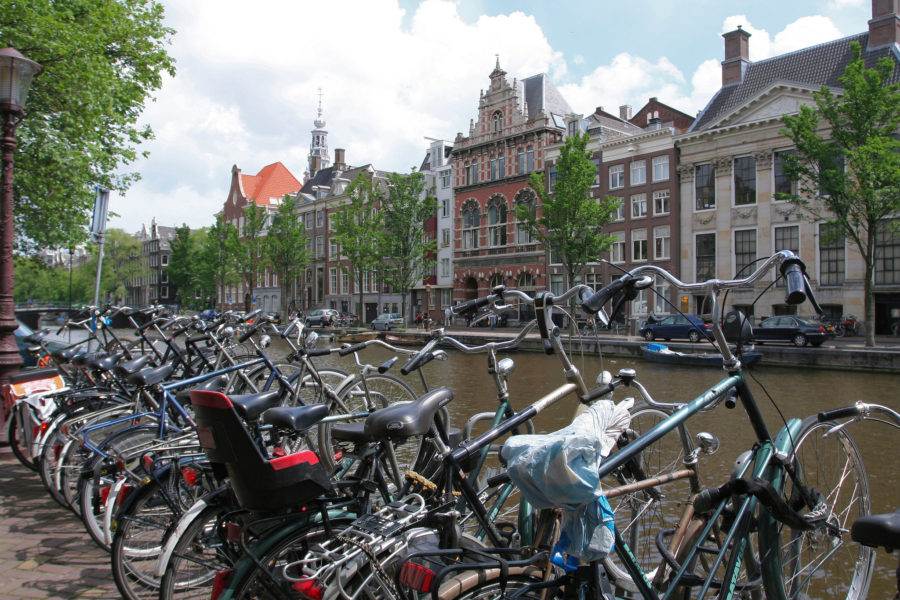 Bikes in the Prinsengract in Amsterdam © Joel Mann / Flickr

But Dutch cities were not designed for cars. They were mostly laid out in the seventeenth century when people and goods were moved by boats. The narrow city streets, as a result, were constantly blocked by cars while pavements were used as parking spaces. The government’s unimaginative response was to widen roads by tearing down houses and creating car parks on city squares. 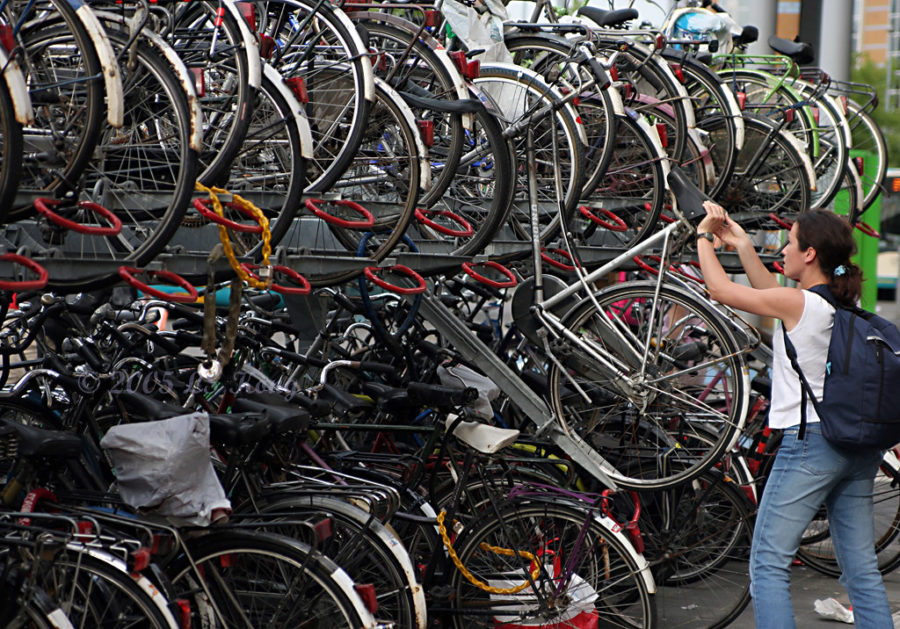 So much for the sensible Dutch. The death toll on Dutch roads in the early 1970s was horrific. In 1971, 3,300 people were killed in traffic accidents, including 400 children under the age of 14. Finally, people began to protest. They blocked the traffic, lay down on the road, painted bicycle symbols where they wanted bike lanes created and held up banners with the message Stop de Kindermoord – Stop the Child Killings.

A car-free Sunday in Amsterdam, 1973 © Wikipedia

The oil crisis of 1973 helped to focus Dutch minds. The government started to organise car-free Sundays in an attempt to conserve fuel. These car-free days showed that cities could be different places without cars. By 1975, the oil was flowing again, but the complacent car culture was still being challenged. In The Hague and Tilburg, dedicated cycle lanes were introduced. In Delft, the city created a cycle network. More people started to use bicycles in these cities, leading the government to adopt a national cycling policy.

As a result, the number of children killed on Dutch roads fell steadily over the years, from 400 in 1971 to just 14 in 2010. The Massacre of the Innocents was over. The bike revolution had begun. 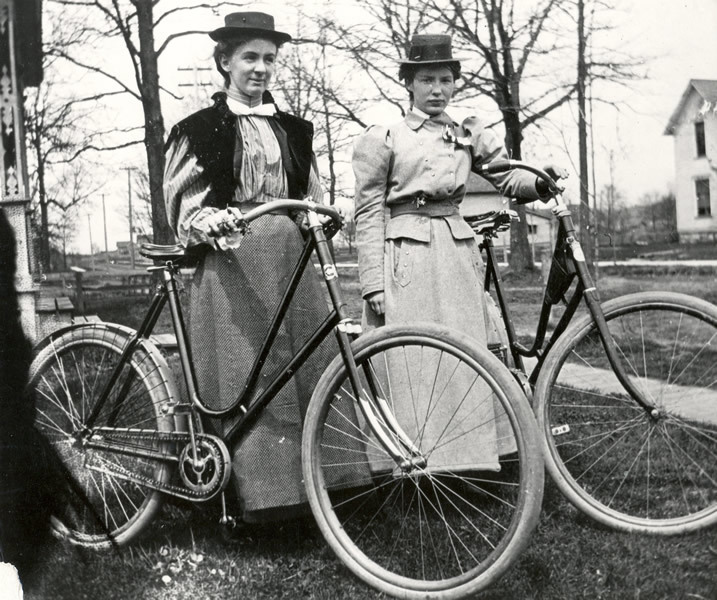 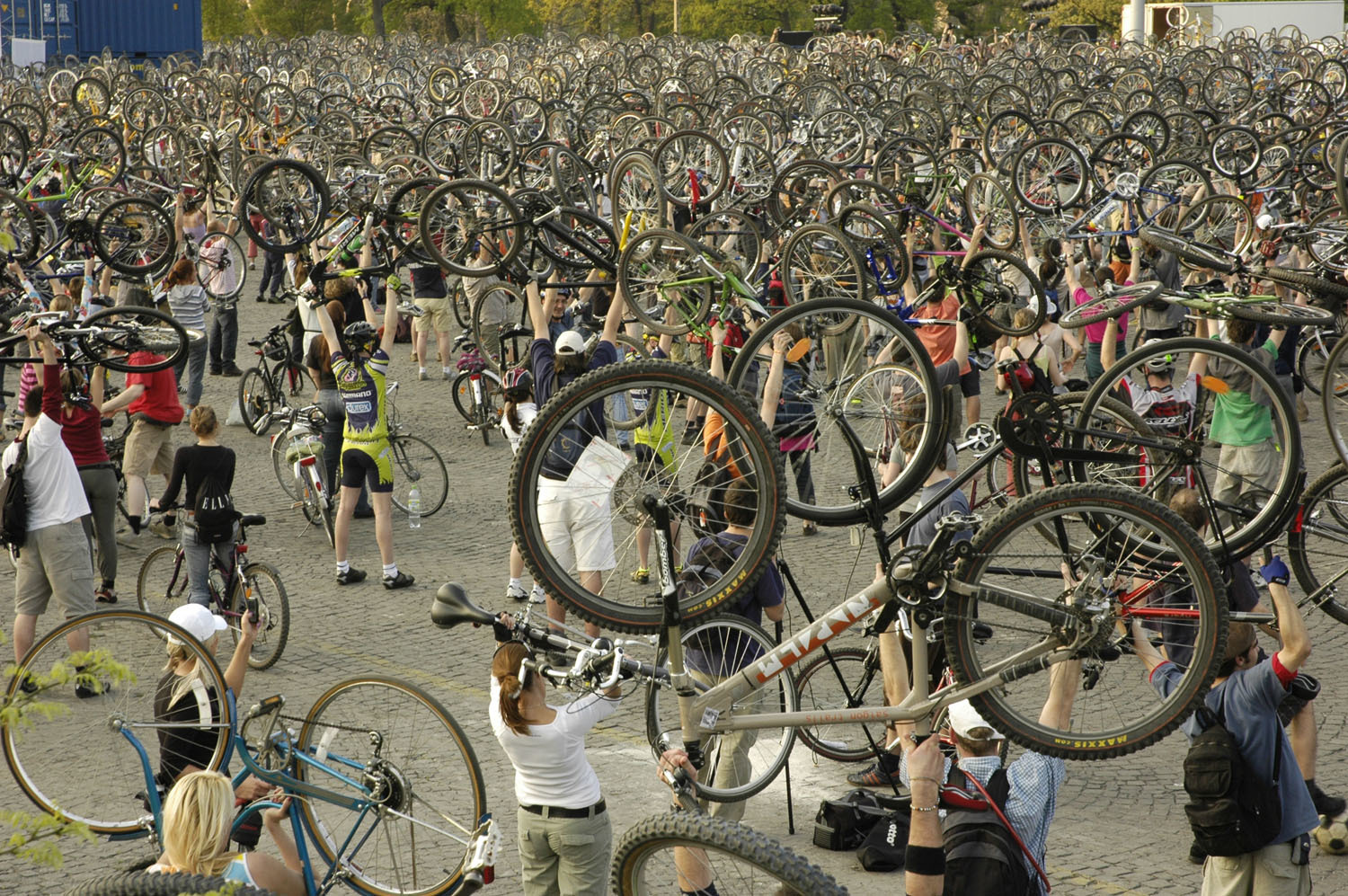 Eating Snacks From the Wall Is as Dutch as Tulips