Publications
In Joe Biden’s Bible, You Can Read a History of the Low Countries
0 Comments
delen

In Joe Biden’s Bible, You Can Read a History of the Low Countries

The performance of the young poet Amanda Gorman was not the only remarkable thing about Joe Biden’s inauguration. The Bible on which the 46th president of the United States swore his oath was also noteworthy. The large, heavy book has a four-hundred-year history that reaches back to a biblical translation that originated in the Low Countries.

That American presidents swear their oaths with their hand on the Bible is a tradition that started with George Washington. It is not a requirement, but almost every president has done it. And mostly, not on just any Bible, but on a special version with a history behind it. For instance, Dwight Eisenhower, Jimmy Carter and George Bush, Sr. used Washington’s own Bible for their oath-taking. In 2009, Barack Obama chose the Bible Abraham Lincoln used in 1861 and, for his second term, he used the Bible that belonged to the black civil rights leader, Martin Luther King. Donald Trump was sworn in using a Bible his mother had given to him when he was a child. 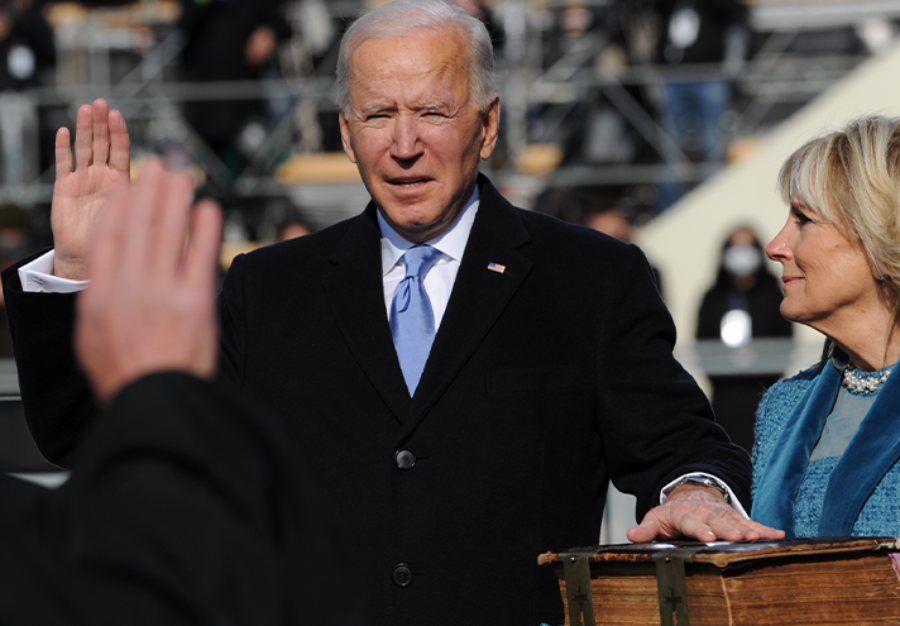 Joe Biden, after John F. Kennedy only the second Catholic US president, chose a Bible that has been owned by the Biden family since 1893. The book, with its heavy metal lock, is no less than 12 cm thick and the cover is embossed with a Celtic cross. The devout Biden also used this book when he took his senatorial oath in 1974 and both times he took the vice-presidential oath. His son, Beau, used it when he was sworn in as attorney general for the state of Delaware. These dates have all been recorded in the family Bible.

But those who have taken a closer look at the images of Biden’s swearing-in may have noted the words “Holy Bible – Douay & Rheims” printed on the back of the book. And this is where the Low Countries become part of the story. 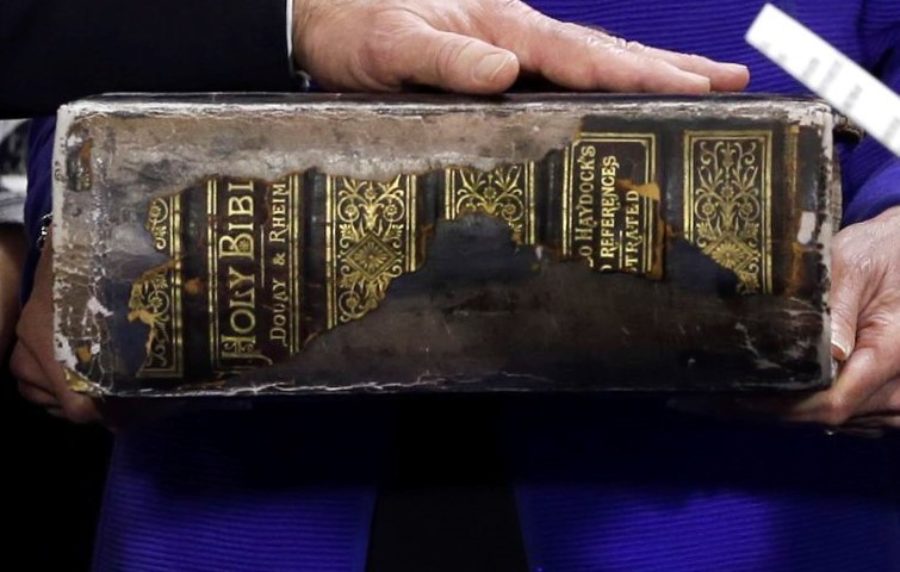 Today, “Douay” or Douai is a city in the north of France, but until 1667, it belonged to the Southern Netherlands and was one of the most important intellectual centres. On 31 July 1559, the Spanish King Philip II gave his permission for the establishment of a university on the model of the university at Louvain. The mission of this new institution was to “protect the purity of Catholic belief against the errors of the Reformation.” With this, Douai became an important centre of the counter-Reformation and the training ground of the intellectual elite of the French Netherlands. 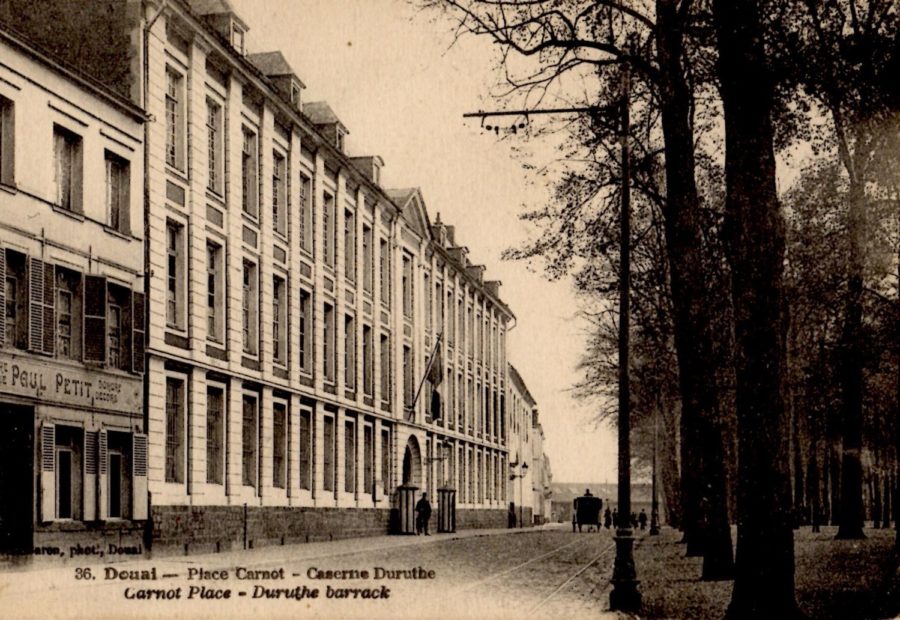 Postcard circa 1910 depicting the building that housed the English College at the time of its dissolution in 1793. © Wikipedia

But in the sixteenth and seventeenth centuries, it also became the centre of English Catholicism. During the reign of the English Queen Elizabeth I (1558 to 1603) Catholics were seen as traitors, with the result that many were forced to escape from England. The very presence of a Catholic university often made them choose to flee to Douai. Alongside the professors from Louvain, there were also many professors from England, most of whom had come from Oxford. 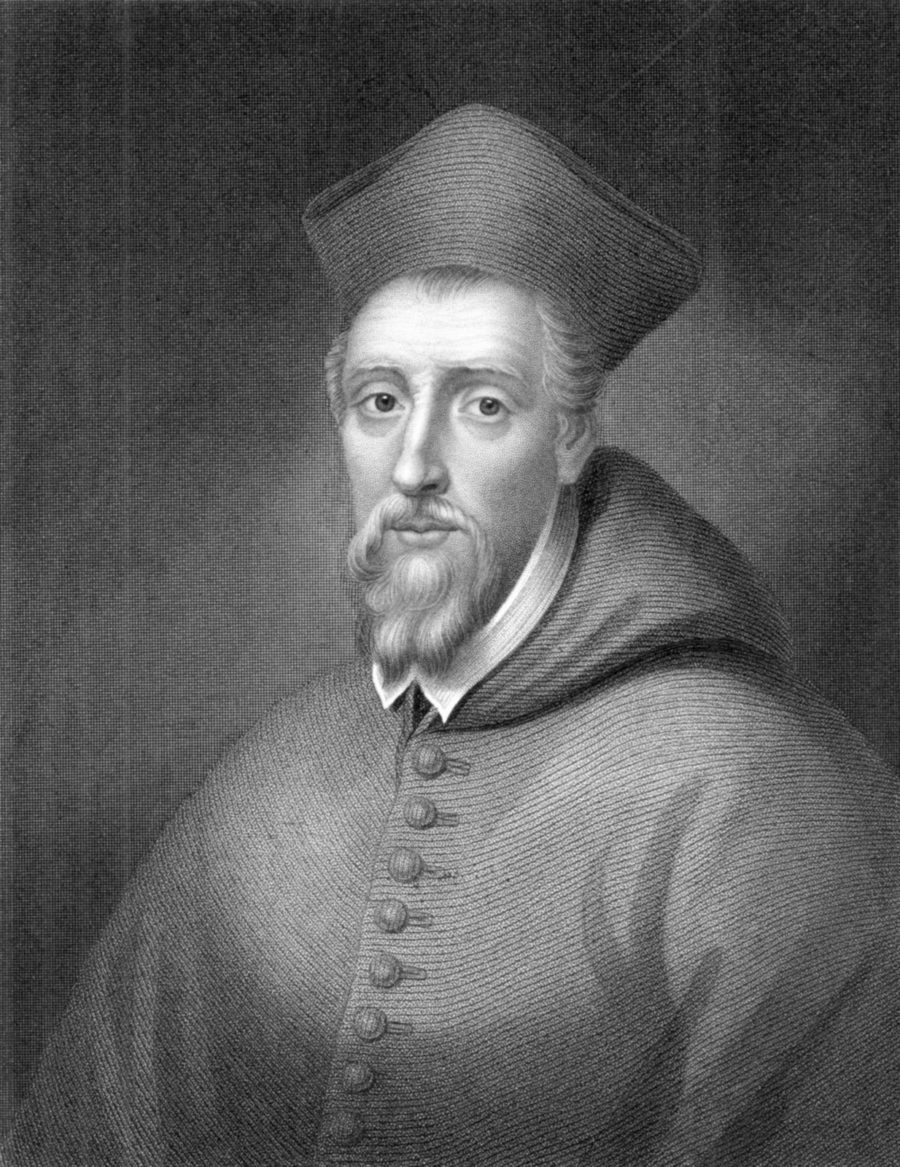 Cardinal William Allen supervised the preparation of the Douai-Reims translation of the Bible into English. © Britannica

One such was cardinal and scholar William Allen. He had studied at Oxford and Louvain, arriving in Douai in 1560, where he established an English College in 1568. There, priests were trained who would later be sent back to England to reclaim souls for the Catholic faith. One very suitable way to re-establish Roman Catholic dogma in England was to offer an English translation of the Bible. This important task fell to the English College in Douai and took nearly 30 years to complete.

When Douai revolted against the Spanish in 1578, the English left the city and settled instead in neighbouring Reims. There, the English translation of the Bible was finished and printed, which explain why Biden’s Bible is called the “Douay-Rheims” version. Once the situation had calmed down in Douai, the English returned to their trusted English College. There, the Old Testament was translated, and then published in 1609. It was the first complete translation of the Catholic version of the Bible into English.

This translation is based on the Vulgate, the fourth-century translation of the Gospels and most of the Old Testament into Latin, done by St. Jerome. The Greek and Hebrew texts were also used as source documents. Still, the “Douay-Rheims” translation stayed close to the Latin, which means the text is not always very clear. This version seems to have been so inaccessible to most readers that there was not much demand for reprints. 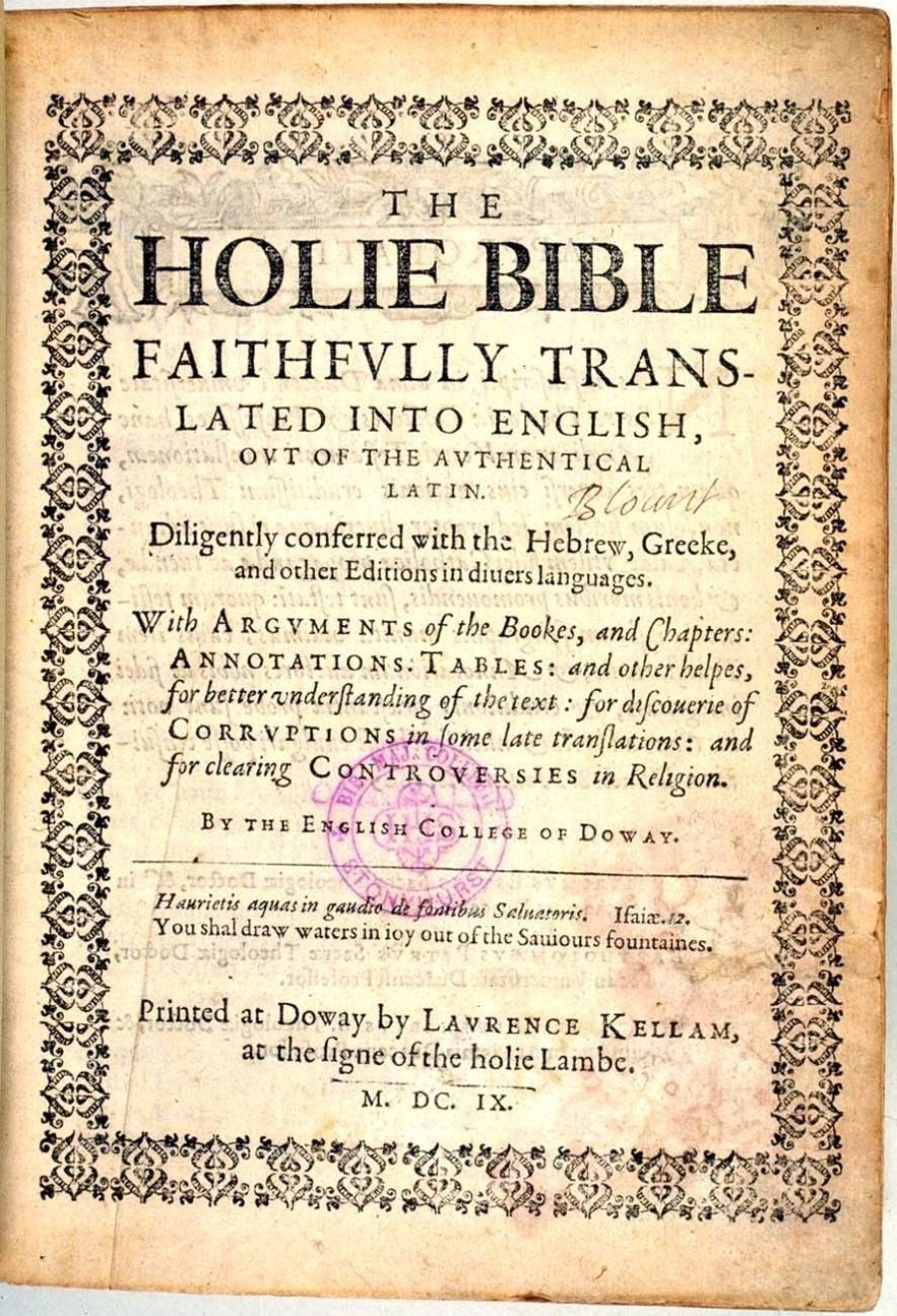 Curious whether the brand-new American president is aware of this. 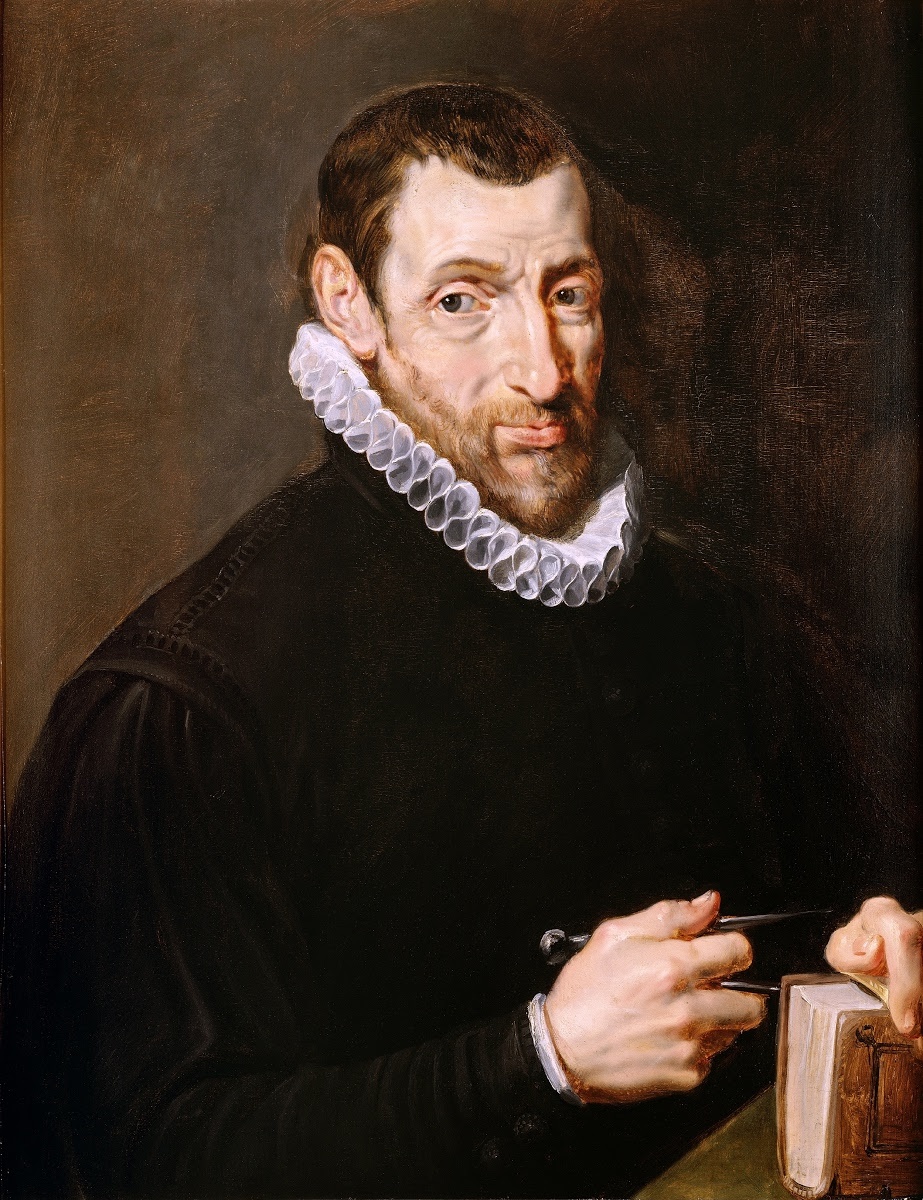