Ten Art Books to Bring the Museum Into Your Home 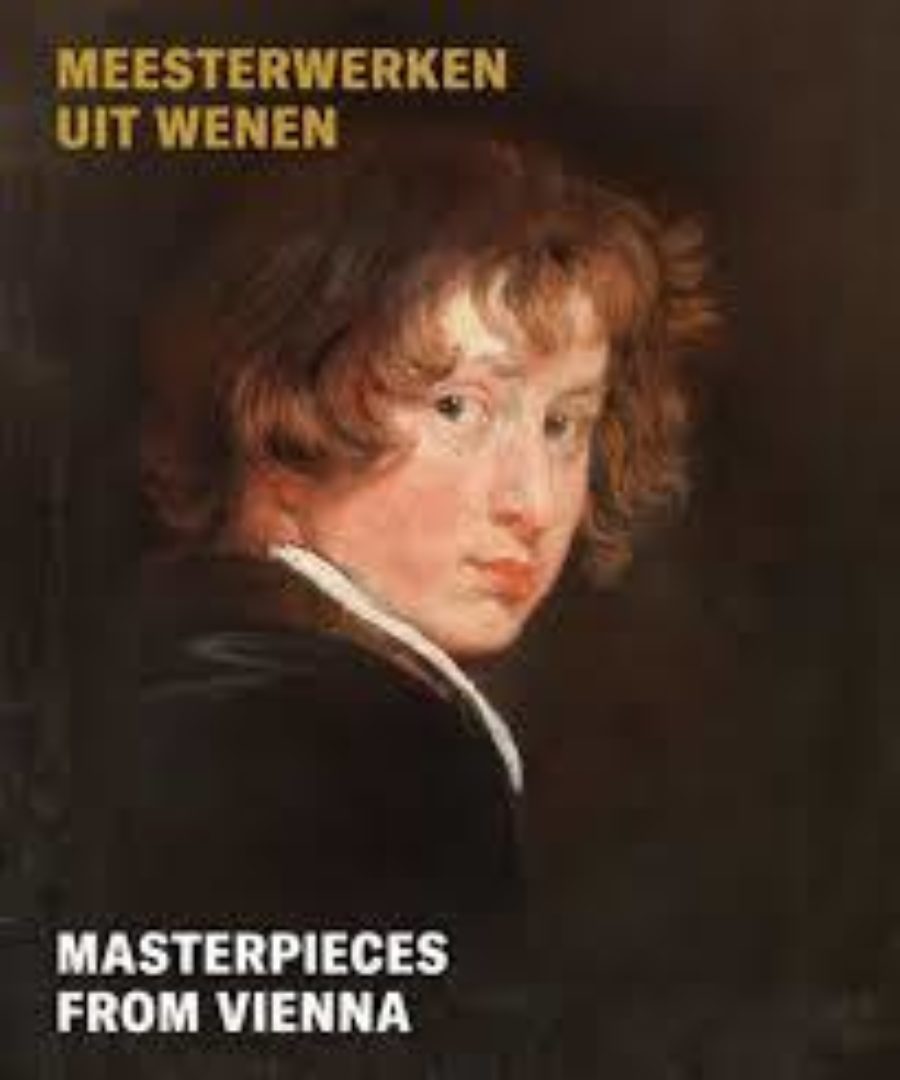 The exhibition Masterpieces from Vienna in het Noordbrabants Museum in ‘s-Hertogenbosch shows a selection of 17th-century paintings and drawings taken from the as yet largely unknown collection of the Academy of Fine Arts in Vienna. It encompasses a large number of works by Flemish and Dutch masters, including Peter Paul Rubens, Anthony van Dyck, Jan Weenix and Rembrandt van Rijn.

In this publication, attention is paid to the individual works of art and to the unique story of the Academy itself. 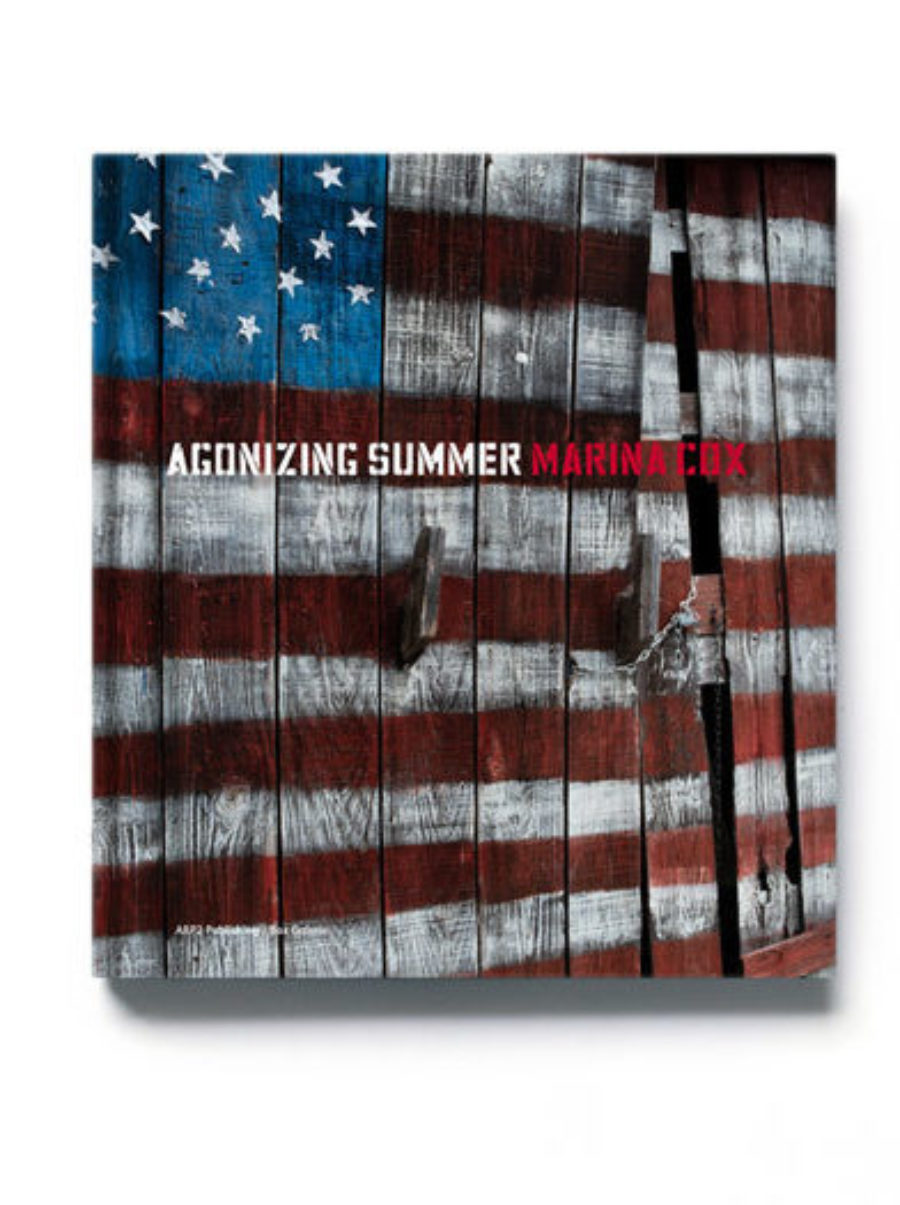 Forgotten graveyards, restaurants in the middle of nowhere, deserted juke-joints, abandoned motels, shacks from a bygone age… The photographs of the South of the United States by Belgian photographer Marina Cox read like pages by Carson McCullers or James Baldwin, play like the blues of Jessie Mae Hemphill or Robert Belfour, and evoke pictures by Walker Evans or Alec Soth. When asked to describe her work, Marina Cox readily defines it as ‘poetic documentary’. 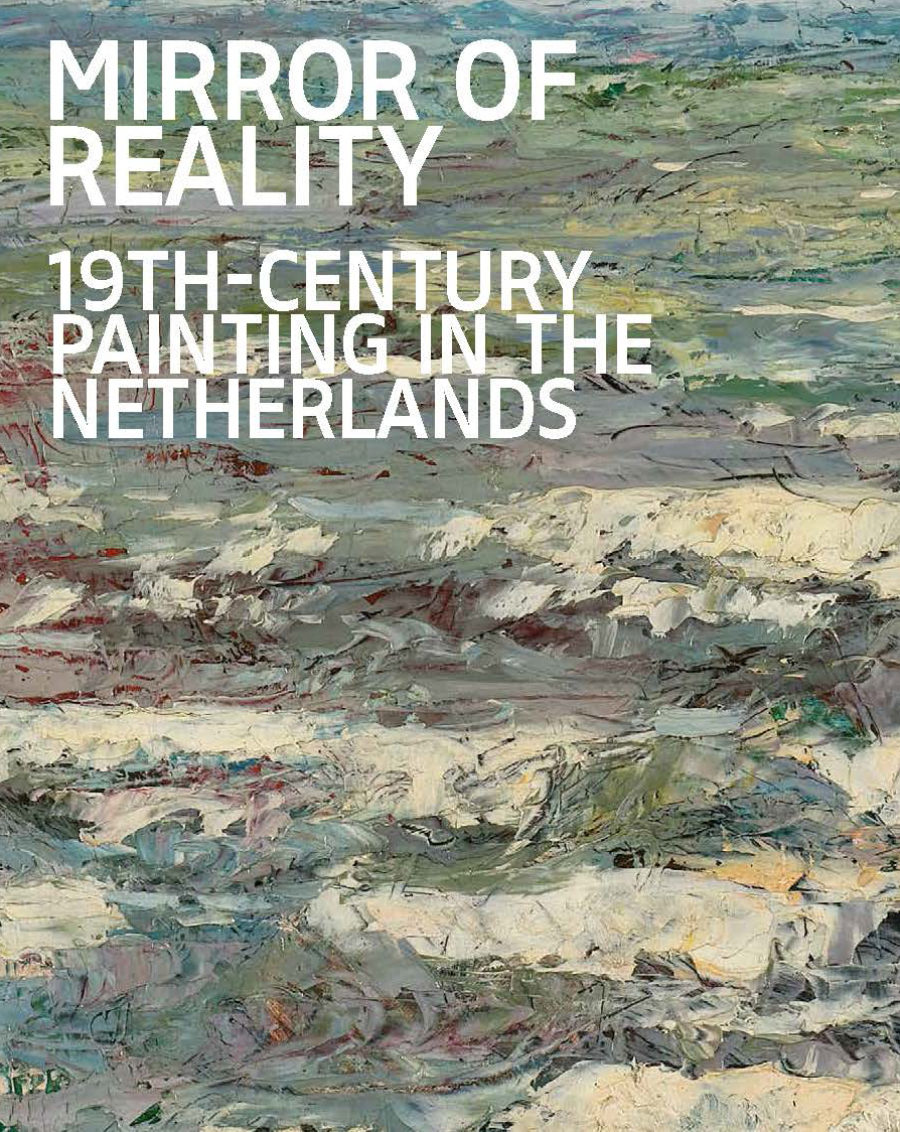 Vincent van Gogh, George Hendrik Breitner and Jozef Israëls are internationally renowned nineteenth-century Dutch painters. But the art of the Netherlands of that era has much more to offer.

Mirror of Reality is the first comprehensive overview of nineteenth-century Dutch painting in the context of the (international) art world. Over 500 of the best and most relevant paintings have been selected: from famous to scarcely known works, and even a few discoveries. 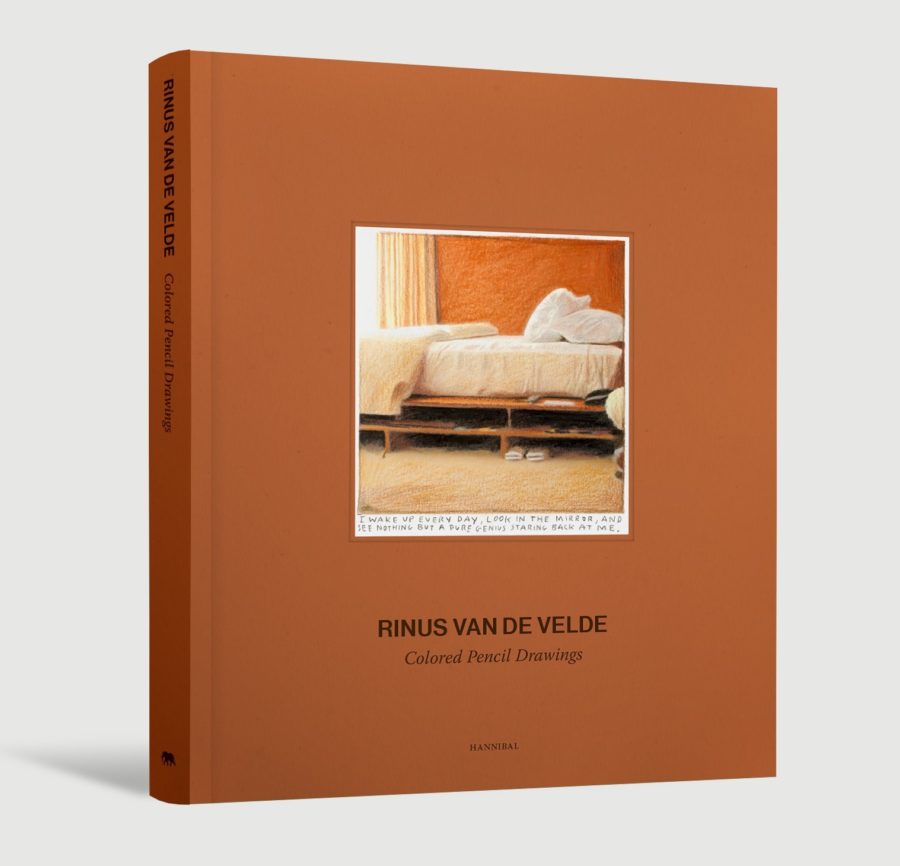 Antwerp artist Rinus Van de Velde (b. 1983) has built up an extensive oeuvre of drawings, sculptures, installations and film. He is best known for his monumental works in charcoal. At the start of his career, however, he also created small drawings in colour pencil, a technique he reintroduced into his work in 2018.

With these drawings, Van de Velde returns to a very classical and direct style of draughtsmanship with coloured pencil on paper. His technical qualities receive optimal expression, and the work is often characterised by a high degree of realism. This is the first publication in which the colour drawings of Rinus Van de Velde are collected and interpreted. 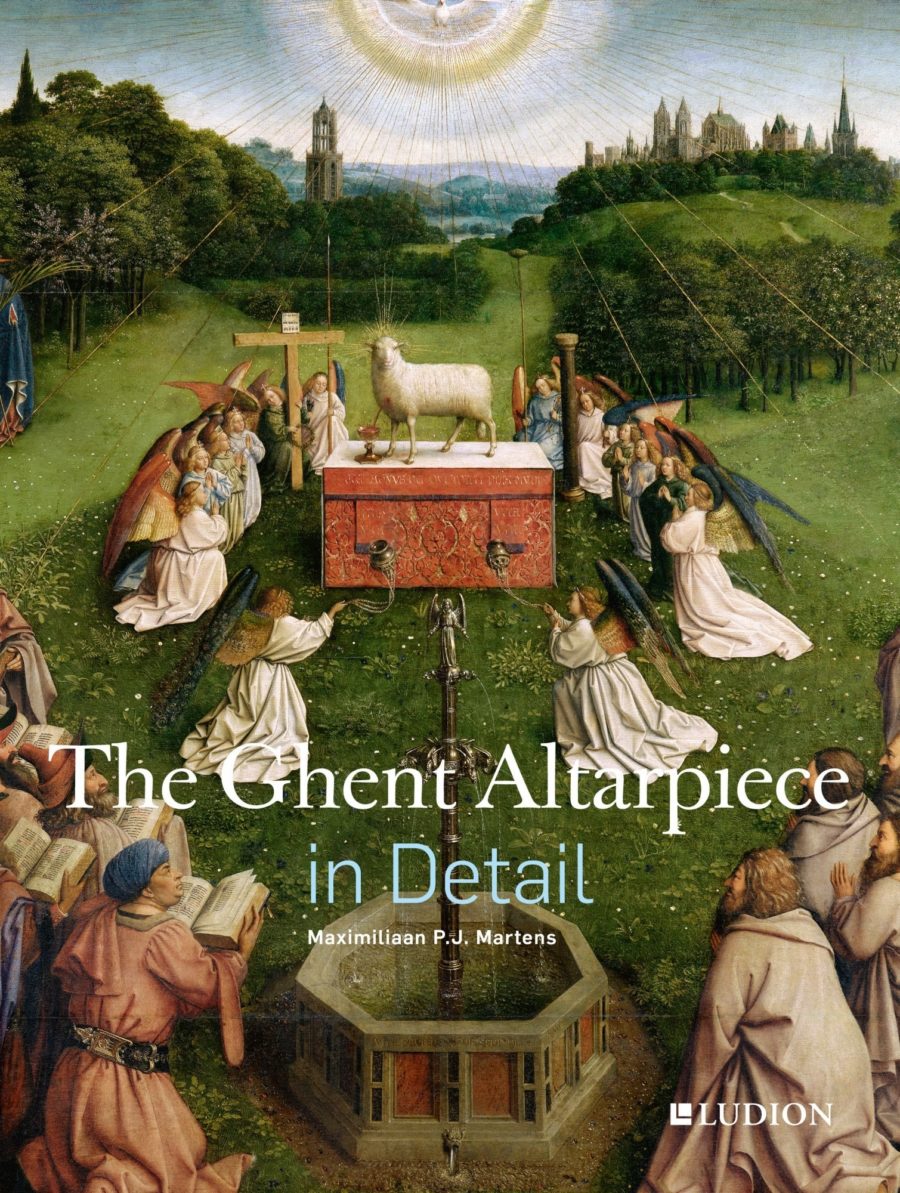 Anyone seeing the altarpiece of the Adoration of the Mystic Lamb in Ghent's Cathedral of St Bavo for the first time, cannot help but be profoundly impressed by the splendour of what is incontestably one of the world's greatest masterpieces. But the informed viewer wants more than simply to be gripped by its profusion of colour and formal perfection.

He or she will also be keen to learn more about the history of this work and to gain a better understanding of its contents. This is what this book offers, through a razor-sharp analysis of details from the Van Eyck brothers' masterpiece which often cannot be observed with the naked eye. 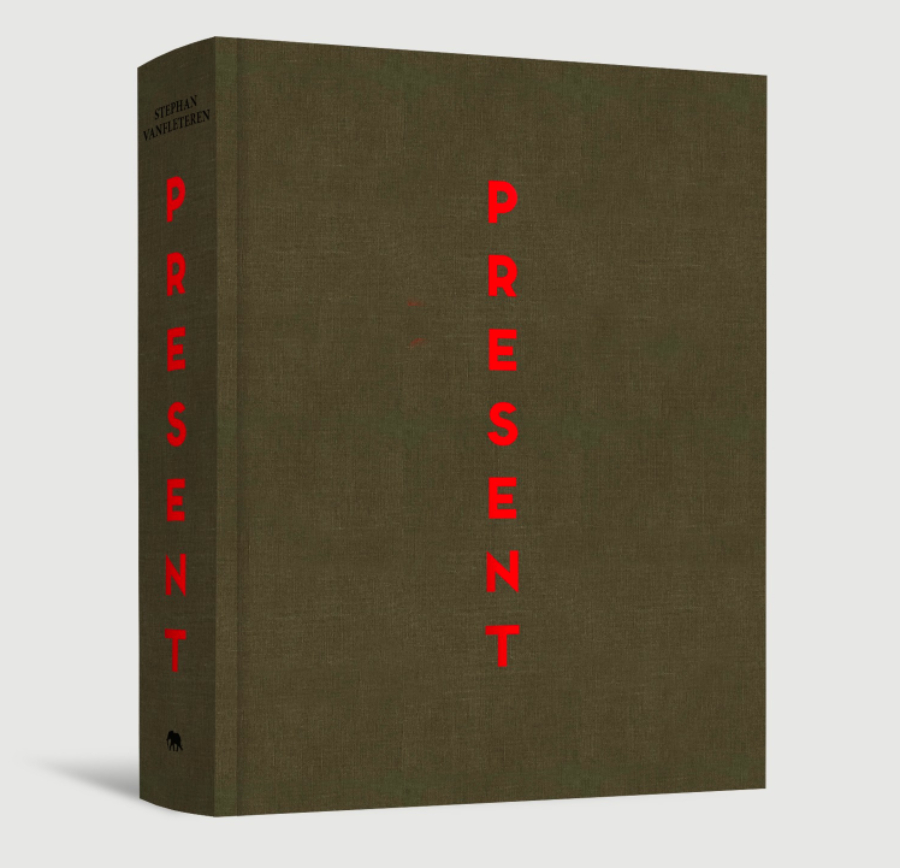 Stephan Vanfleteren (b. 1969) is mainly known to the general public for his penetrating black and white portrait photography, but over the past decades his work has ranged to documentary, artistic and personal pictures.

From street photography in world cities to the genocide of Ruanda, from storefront façades to the mystical landscapes of the Atlantic wall, from still lifes to intense portraits. The iconic images sit side by side with unknown treasures in this heavy tome containing no less than 505 photographs. 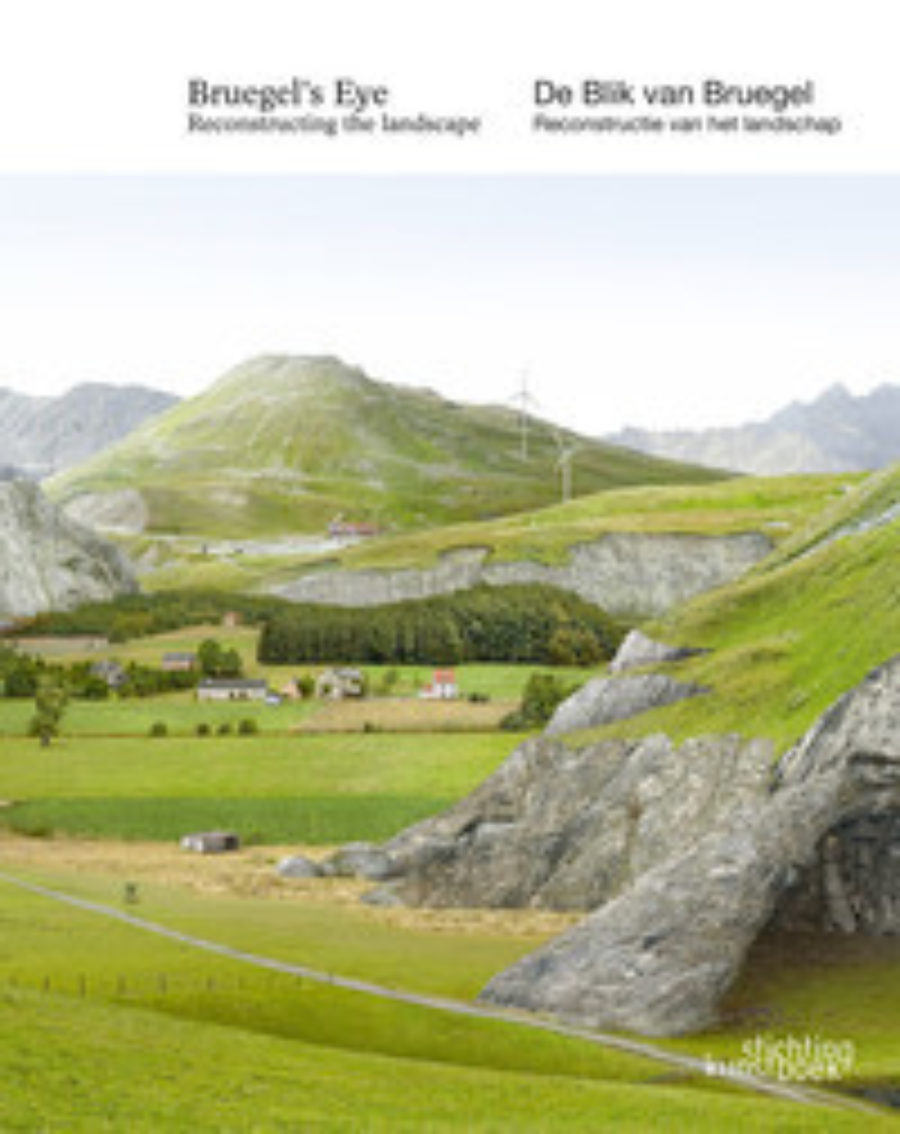 2019 commemorated the 450 anniversary of the death of Pieter Bruegel the Elder. The city of Dilbeek celebrated this with an open-air exhibition with installations by several international artists. Fifteen artists, designers and architects designed a trail through the landscape that inspired Bruegel five centuries ago.

They constructed pavilions, made structures, designed with plants, imagined landscape figures and told stories that interact with places, played with the perception of the space, created new unexpected environments, worked disorienting or helped to focus attention. 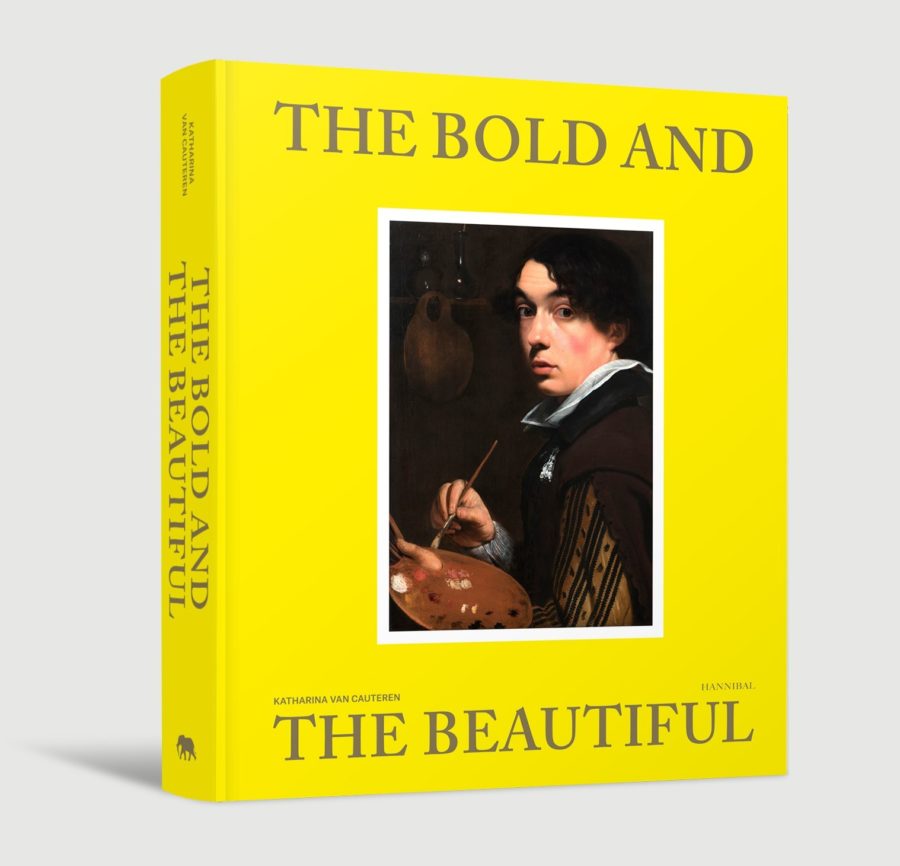 Men in stately black, women with huge ruffs, children with golden rattles, old women with wizened faces, and self-satisfied artists… These are the main players in just about every portrait ever painted in the Southern Netherlands.

From the fifteenth to the seventeenth centuries, the tract of land that we today call Flanders was the economic, cultural, intellectual and financial heart of Europe. And money flows – with everyone who could afford it investing in a portrait.

The book The Bold and the Beautiful takes masterpieces from The Phoebus Foundation collection and outlines the broad context in which they came into being, peeling back levels of meaning like the layers of an onion. 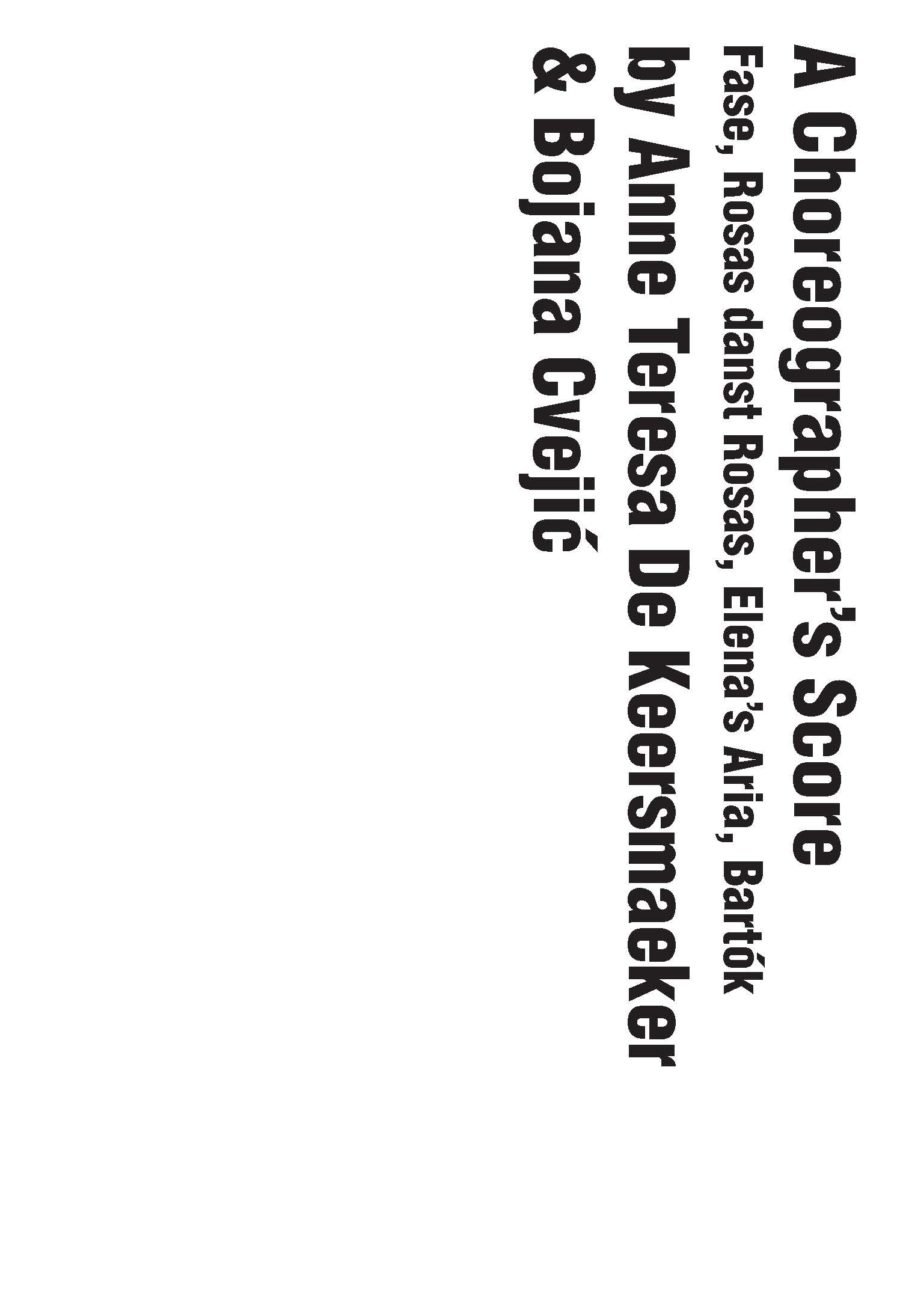 A Choreographer’s Score: Fase, Rosas danst Rosas, Elena’s Aria, Bartók is a conversation in which the Belgian choreographer Anne Teresa De Keersmaeker offers the performance theorist and musicologist Bojana Cvejic´ wide-ranging insights into choreography and into the making of the four early works (1981-86).

Searching for a way to mediate the rich and diverse material that forms a choreography, De Keersmaeker and Cvejic´ create a compound score for Fase, Rosas danst Rosas, Elena’s Aria, and Bartók’s String Quartet No. 4. The score for each of the four choreographies combines a detailed verbal account, illustrated by numerous drawings, schemes, photos, and postperformance documents. 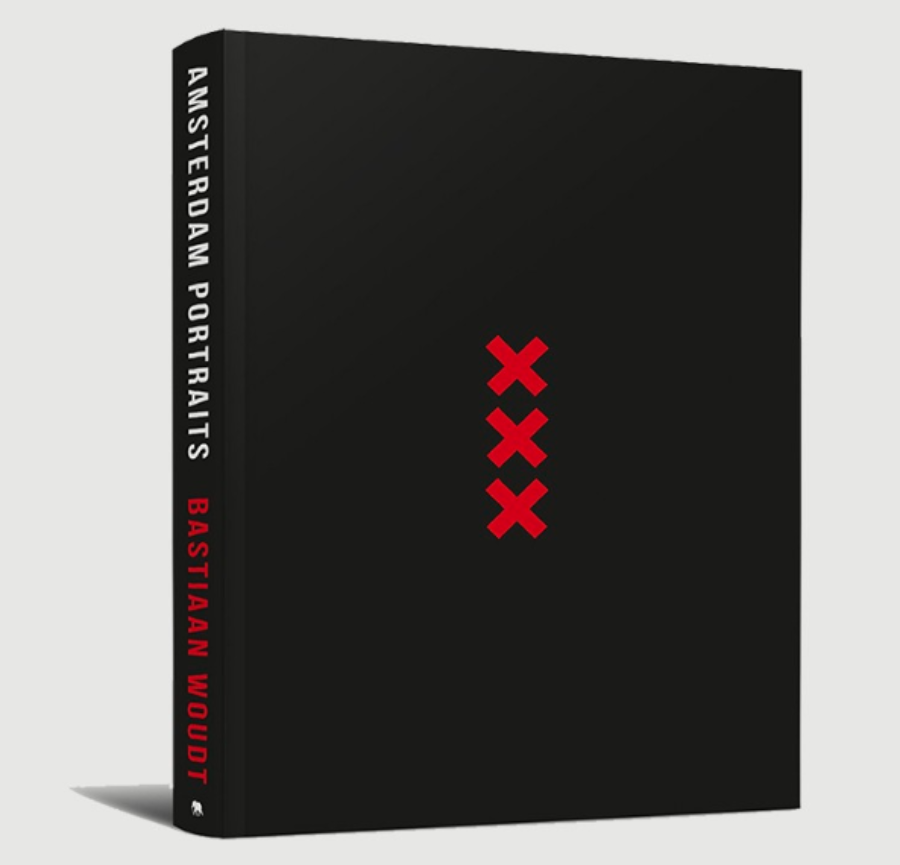 In 2019, Bastiaan Woudt parked his mobile photography studio in every corner of Amsterdam, in order to bring a wide variety of Amsterdam inhabitants in front of the camera. The resulting book, Amsterdam Portraits, presents a cross-section of Amsterdammers of all ages, origins and professions – from well-known actor to anonymous tramp, schoolchild to retiree. It gives a wonderful picture of the diversity that Amsterdam currently radiates. This is what Amsterdam looks like today. 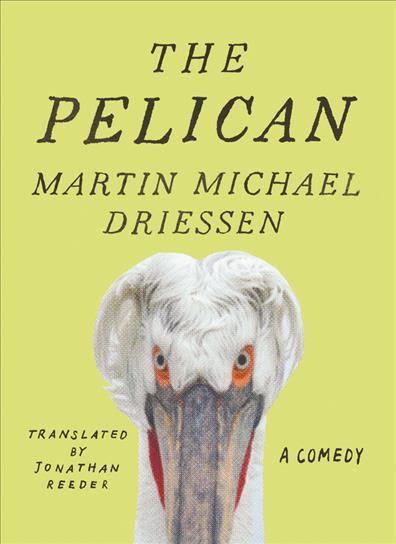 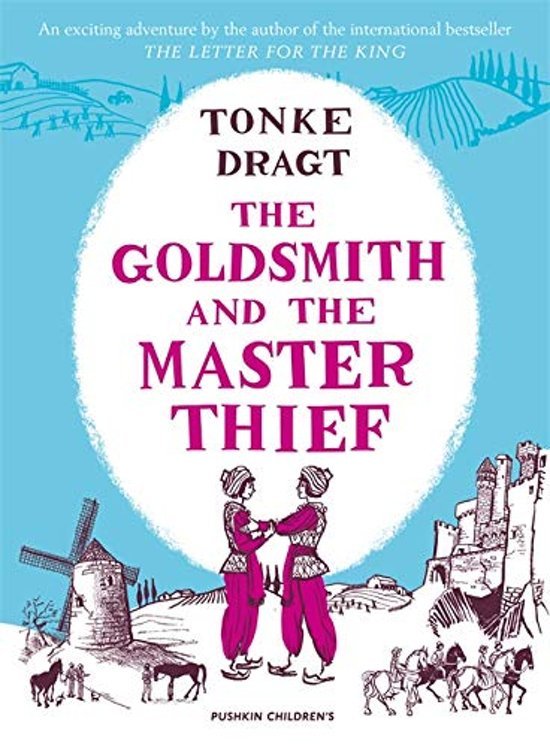 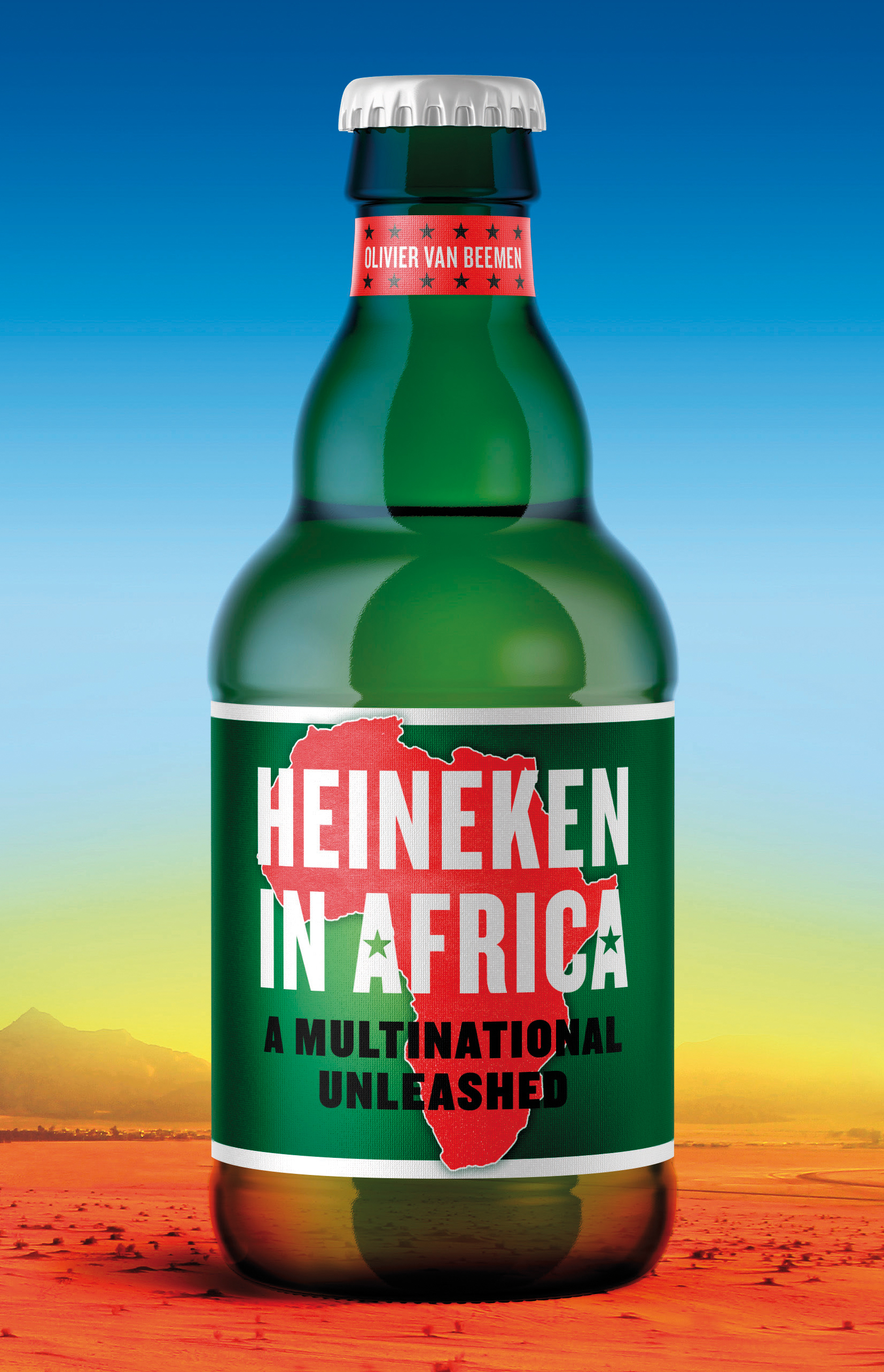