These Books Have a Chance of Winning the Vondel Prize

The Dutch Foundation for Literature has announced the books contending for the Vondel Translation Prize. That is a biennial prize for the best book translation into English of a Dutch literary or cultural-historical work. The winner receives € 5,000.

Numbers of the Dutch Foundation for Literature show that Dutch translations into English are currently experiencing a great boom. They are even becoming as important as German translations, traditionally the main export market for Dutch literature.

The jury of the Vondel Translation Prize, consisting of the previous winner Michele Hutchison, poet Jane Draycott and translator Susan Massotty, was able to consider a wide range of translations published in 2019 and 2020, from works across many different genres.

This is the longlist (translator, title, author): . David Colmer, Will by Jeroen Olyslaegers

Read our profile on Koch . Kristen Gehrman, The Tree and the Vine by Dola de Jong . Jonathan Reeder, In Search of a Name by Marjolijn van Heemstra

. Laura Watkinson, Lampie and the Children of the Sea by Annet Schaap

. Judith Wilkinson, The World as Evening by Menno Wigman

Read our profile on Wigman.

The shortlist for the Vondel Translation Prize 2022 will be announced on 16 November and the winner in February 2022. 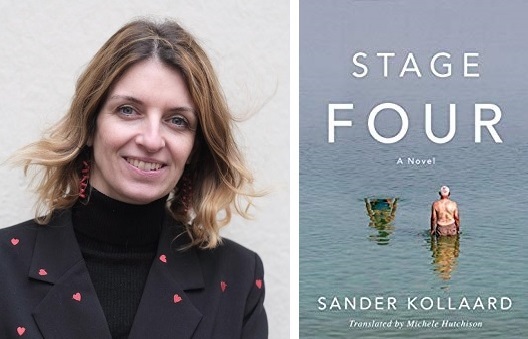