Publications
'Bult' by Marieke De Maré: A Poetic Story About the Silence of the World
0 Comments
delen
review First Book

'Bult' by Marieke De Maré: A Poetic Story About the Silence of the World

With Bult (Bump) Marieke De Maré has written a dreamy, poetic story about how people who at first live apart eventually come together, because after all they live in the same world, with similar dreams, desires, traumas, and fears.

The keywords in this introduction do not appear in Bult (Bump), the debut novel by the West Flemish author Marieke De Maré. Her story is much more subtle, the major themes are encased in a minimalist, fragile story set in a small, intimate community: three people who live on a bump, a bulge in the landscape that can hardly be called a hill. 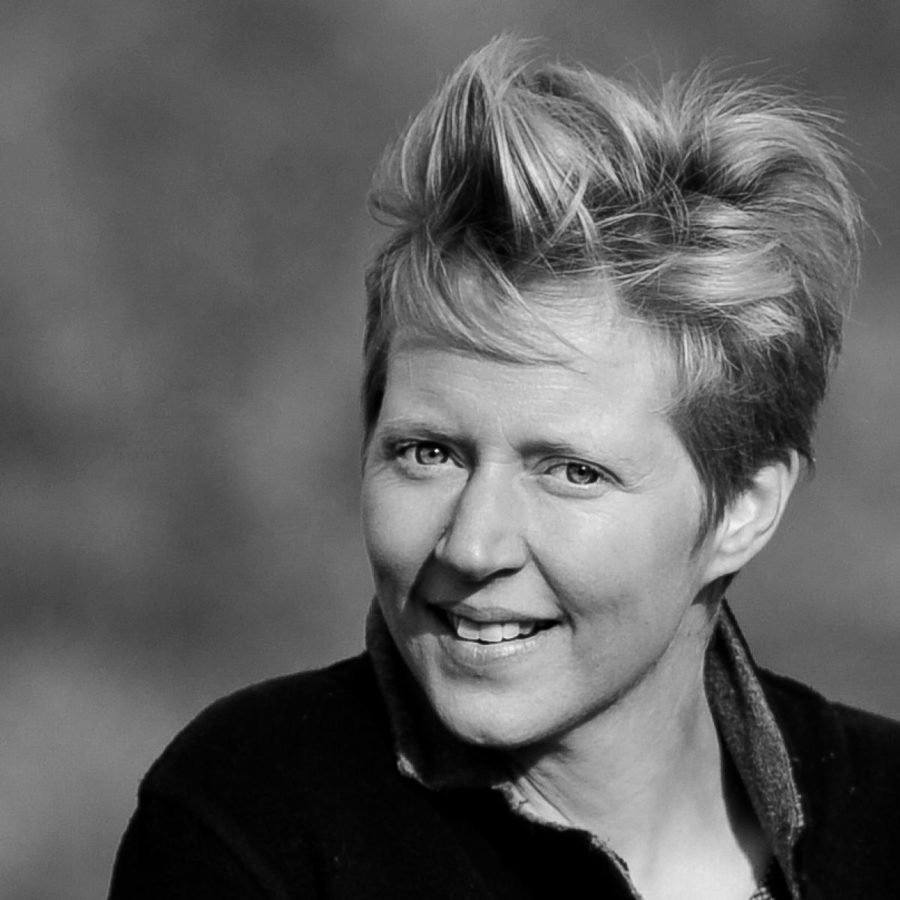 Two women live on one side of the street, an old woman, and a younger woman. They live in adjoining houses that once belonged to two brothers, which is why there is a hole in their shared wall. Across the street from them lives an elderly gentleman, whose main characteristic is that he goes out for a walk every day with his Phalène or moth-eared toy spaniel.

The young woman, who was the last to move to the bump, visits her neighbour to request that they plant a hedge between their gardens. She is hoping for some privacy, because after all she moved there for peace, for silence, the mellowness of few stimuli. That seems to work fairly well, because not so much happens on the bump. People go for a walk, bake cakes and gaze into the distance, and no one interferes in other people’s affairs, or so it seems.

That is the book’s premise. It is deceptively simple, but in it a world is hidden that De Maré patiently brings to the fore, like a pipette releasing drops little by little. De Maré does this in a poetic language: some fragments read more like poetry than prose. This encourages slow and careful reading, which is recommended, because going too fast could mean you miss a clue. These are lavishly if subtly scattered through the text, concealed in the story of the young woman and her companions on the bump.

Some fragments read more like poetry than prose. This encourages slow and careful reading

Thus, life’s major themes bubble up, inescapably, with death as the most important of all. The death of the mother, in particular; a fate that has afflicted all three residents. But how they deal with that loss, how defining it has been for their lives, is different for each of them. But also not that different. A poetic soul such as De Maré has sculpted this into a gem of a book that is as fragile and as strong as her characters.

The dreamy passages, especially those about death, are at times reminiscent of Grief is the Thing with Feathers by Max Porter, the storytelling style is akin to The Buddha in the Attic by Julie Otsuka. It is poignant, precisely because the small events, the fleeting thoughts are so defining. Most of the bad outside world seems to be shut out. There are only these three people on the bump, hardly any static enters from the world outside. No intrusive televisions, no crackling ringtones. Here are just three people and a wooden bench in the distance that has yet to reveal its secret. Only the young woman’s sister and her ‘luminous’ children occasionally visit and disturb the peace, but there are reasons for this. 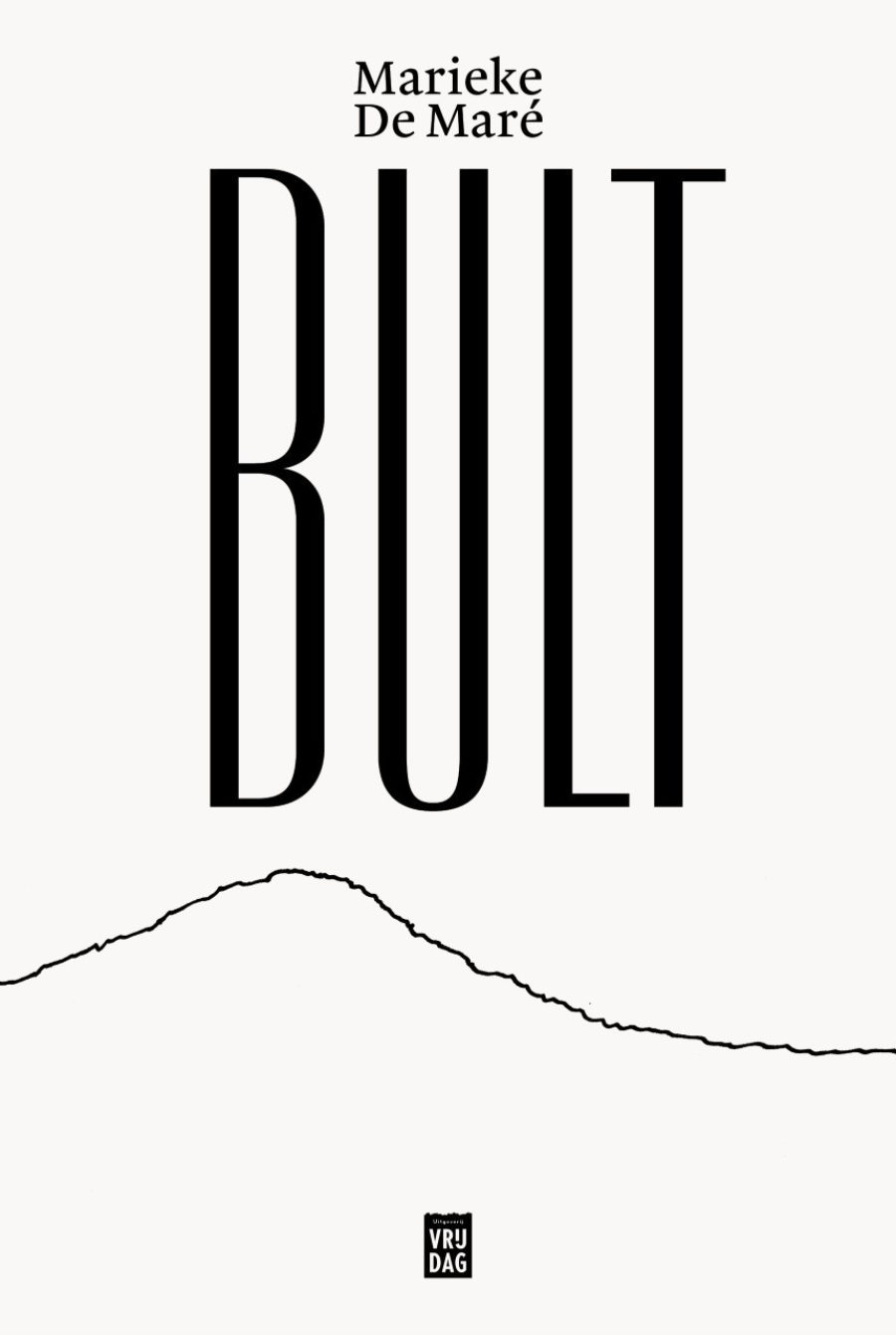 That limited world lends the story a fairy-tale air. The setting is bare, as in a theatre show where players rely only on their voices. This deliberately bare setting goes incredibly well with De Maré’s sparing use of language, and this combination amplifies the story. Sometimes few words are needed to create a world, to tell a story, just as in life we look for that sweet spot between saying too much or too little. Marieke De Maré has found that spot, and in her novel she gives us a glimpse of that, through the gaze of three people who are searching too for that same subtle balance.

Excerpts from ‘Bult’, as translated by Paul Vincent

During the planting of the taxus baccata the old woman asked the gardener with nine fingers whether he missed his tenth.
‘I miss my brother,’ he said, and showed his hand.
Four nice fingers and a stump.
‘In the year when my brother died, I lost a finger too. And there were five of us at home.’ He held his hand in the air and stared at the stump.
‘Do you understand?’ he asked. ‘And my youngest sister is dying,’ after which he let his left little finger, next to the stump, drop.
He was sweating a little from the planting.

They drank a cup of coffee.

‘A young hedge has one wish,’ said the gardener. ‘Anyone who has a high hedge too soon won’t have a beautiful one. The more you trim it in the beginning, the nicer and fuller it will grow with the years. I suggest you give it a trim this year in June, August and September.’

The two women looked at each other.
They laughed.
They had never trimmed a hedge.

In the house of the tall slim man there was almost no connection with the outside world.
The young woman rang his bell one day because she needed someone to help her move her Agapanthus, which was growing in a large, heavy earthenware plant pot. It took a long time for the door to open.
‘Excuse me,’ he said, ‘I was sitting on the cupboard.’
‘I’m sorry?’ she asked.
He let her in and showed his cupboard. There was a stepladder in front of it.
‘I sit up there a lot.’
Next to the cupboard was a dog basket.
‘I only have a connection up there, which doesn’t mean I don’t have a connection with you.’
He burst out laughing.
She said nothing.
‘Have a seat,’ he said.
The tall slim man didn’t ask if the young woman wanted anything to drink, but poured her some jasmine tea. He was drinking tea, so she was too.
‘What do you think of the hill?’ he asked.
They were sitting directly opposite each other.
She didn’t say much. He did.
He talked about shades of green and about the wave movement of a day in his life. About the way the earth vibrated, and hence man too. Or the fact that that a dead body is not motionless. About the sun that sometimes shines dazzlingly. About the fact that it is always night somewhere.
He talked about his dead mother when the moth dog suddenly became restless because it thought it heard a noise coming from the kitchen.
‘Nothing can squeak or creak here,’ said the tall slim man,’ without him thinking that my mother is coming to get him.’
‘How do you know he thinks that?’ asked the young woman.
The tall slim man looked into her eyes for a long time.
‘That’s a good question,’ he said.
And then again.
‘That’s a good question.’

‘I heard my mother breathe her last sigh,’ he continued.
He opened his mouth, and breathed out briefly and audibly.
‘That’s how it was,’ and he repeated it. ‘It was a sigh.’

I always believed I would die myself if I thought of my mother’s death, but a few hours after she died I rode back home alive and well, I sat down at the table and ate a juicy pear. But anyway,’ he said, ‘the dog stays here. You wanted to ask me something?’
‘No. No more questions,’ replied the young woman.

Afterwards she moved the agapanthus by herself, with much tugging and dragging. Sometimes she preferred things to be twice as difficult than to be helped.