Elderly Dutch people will remember him from the 25 Guilder banknote, but many have no idea who their compatriot Christiaan Huygens was. Yet, the seventeenth-century astronomer and inventor was one of the most important scientists the Netherlands has ever produced. A new biography gives Huygens the credit he deserves. 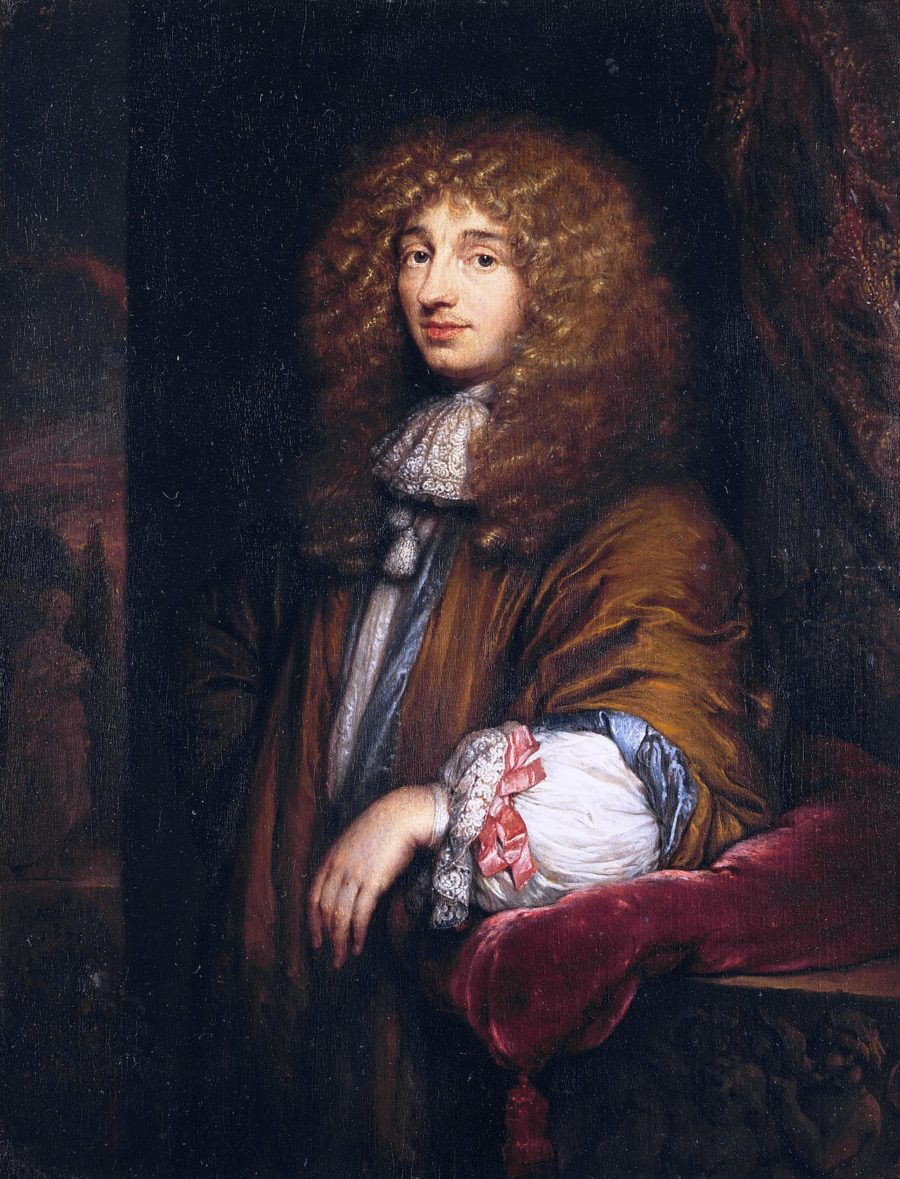 On 14 January 2005, Huygens made a soft landing on Titan, the largest moon of Saturn. The European Space Agency’s (“ESA”) probe was named after Christiaan Huygens, the Dutch naturalist who discovered Titan in 1655 – the first new object in the solar system since Galilei observed four Jupiter moons in 1610. Huygens had built the telescope that he pointed to the sky in The Hague together with his brother Constantijn. With its four-meter length and fifty times magnification, Huygens’ telescope overshadowed those of his Italian competitors. This was due to the quality of the self-sharpened lenses, a craft the brothers mastered to perfection.

When Huygens was sufficiently sure of his case and had determined the orbital period of the moon, he recorded his discovery. He did so by means of an anagram, a method that was often used in the seventeenth century. In his letters to colleagues in London and Prague, he mentioned a quotation from Ovid, ADMOVERE OCVLIS DISTANTIA SIDERA NOSTRIS, plus a series of movable type: VVVVVVVCC CRRHNBQX. Properly rearranged it gives Saturno luna sua circunducitur diebus sodexim, horis quatuor: “Saturn’s moon orbits in sixteen days and four hours.” A year later, in March 1656, Huygens made his discovery known to the world through a pamphlet. 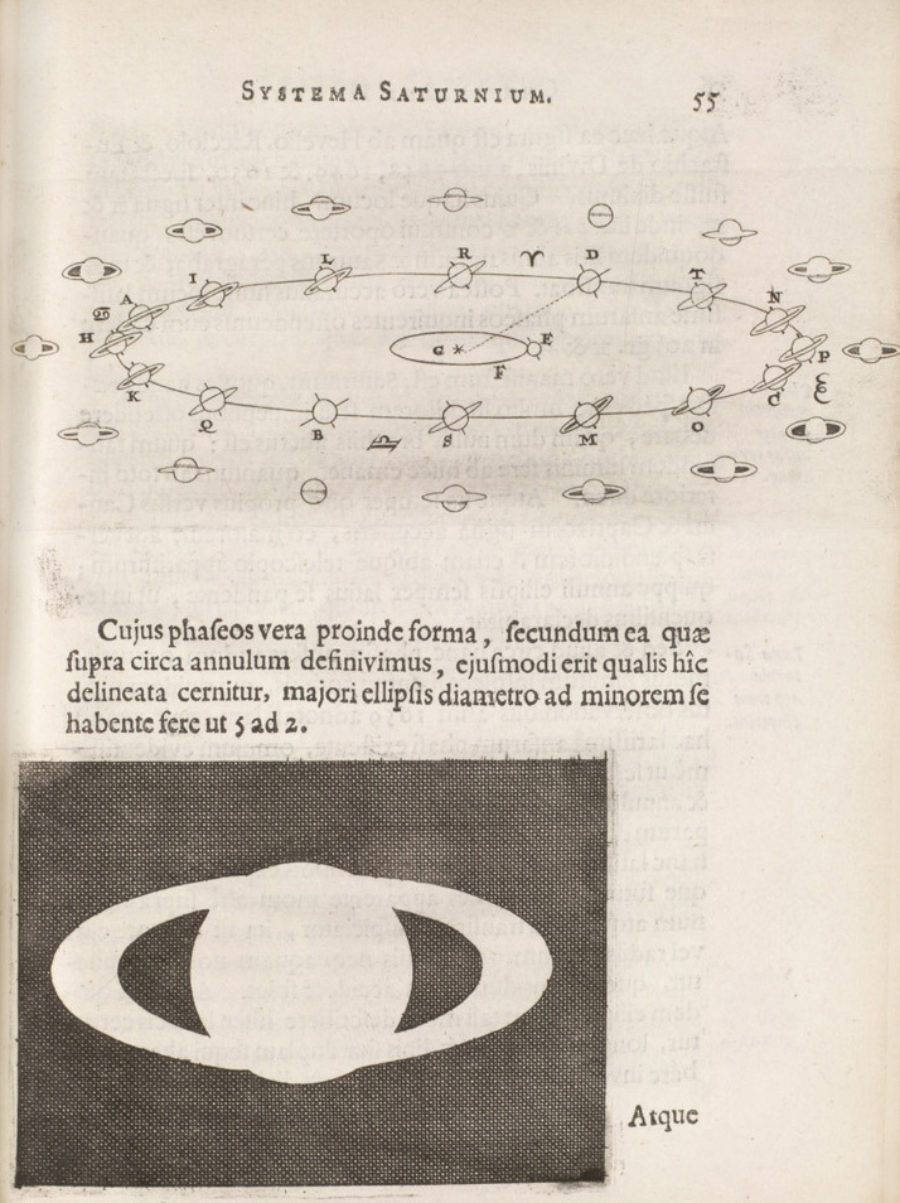 Huygens' explanation for the aspects of Saturn, Systema Saturnium, 1659 © Wikipedia

At that moment, he shifted his attention to the mystery of the strange appendages of Saturn. Careful observation and visual insight – Christiaan was good at drawing – brought him to the conclusion that these were not “ears” varying in size, but a thin ring or flat disk around the planet. Depending on the position of Saturn, the ring visible from earth seemed more or less oblique. In the extreme case, if you looked exactly from the side, the ring seemed to disappear. In 1659, Huygens published his analysis in the book Systema Saturnium, which he sent to sixty colleagues in Europe. It made him the most famous astronomer of his time.

Christiaan Huygens did much more than astronomy. As a descendant of a rich patrician family, he was raised in the humanistic traditions of his time. Father Constantijn was a prolific poet and served as a diplomat in the House of Orange. Christiaan enjoyed home education in classical and modern languages, mathematics, theology, logic and (natural) philosophy, but he was also taught how to ride a horse, fence, dance, play music, draw, and paint.

At Leiden University, he took mathematics classes with Professor Frans van Schooten and became influenced by Descartes’s ideas, even though he demonstrated the inadequacy of his laws of motion. Financially supported by his father, and from 1644 in paid employment at the Académie Royale des Sciences in Paris, Christiaan could devote himself to theoretical and practical research in many fields: mathematics, astronomy, time measurement, light, microscopy, mechanics, cosmology, and music. Every enticing problem had his unremitting attention.

In all these fields, Huygens knew to distinguish himself. His mathematical contributions concerned the shape of the “catenary” and the properties of the cycloid. This figure came back in the accurately running pendulum clocks that he designed. Huygens’ wave theory of light – with pulses, as with sound – knew how to deal with refraction and reflection. He ventured into probability theory and music theory, and launched the thirty-one-tone system (31 equal temperament).

Spring-driven pendulum clock, designed by Huygens, and a copy of his treatise on the pendulum, Horologium Oscillatorium, Museum Boerhaave, Leiden © Wikipedia

In the field of mechanics, Huygens derived the formula from centrifugal force and he was the first to formulate the principle of relativity of motion. Furthermore, at the end of his life, he speculated about otherwordly civilizations, a reality according to him. Fear of religious resistance, also against his Copernicanism (the earth revolves around the sun), prevented him from publishing his cosmological views during his lifetime. 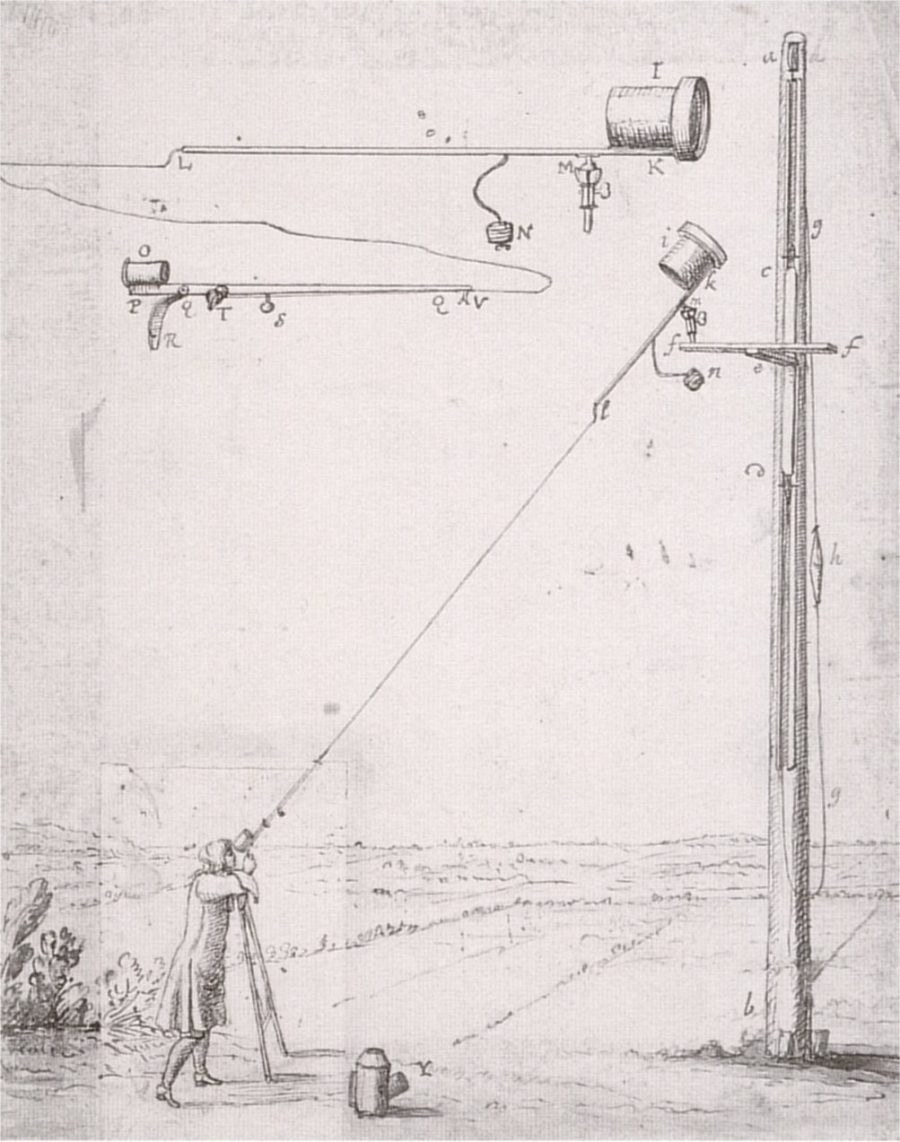 But Huygens was anything but a theorist. In addition to sharpening lenses and building telescopes, he distinguished himself with ingenious designs consisting of the most diverse instruments and technical innovations. Lens grinders, air pumps, clocks, carriages, anemometers, barometers, microscopes, depth gauges, and shoes with spiral springs fixed under the soles to increase walking comfort: they were mostly practical applications of his theories. Huygens himself approached the surrounding world with the gaze of a mathematician.

Christiaan Huygens is the subject of numerous international science historical studies. They gratefully draw from the twenty-two volumes Oeuvres complètes – in which all Huygens’ publications, letters, and manuscripts are mentioned – published between 1888 and 1950. In addition, they used papers from his collection that he bequeathed to Leiden University Library – all available online.

We are still waiting for an in-depth analysis. However, two Dutch biographies, aimed at a wider audience, have previously appeared: by physicist Cees Andriesse (1993) and by science historian Rienk Vermij (2007). They were recently accompanied by a third book by the British author and journalist Hugh Aldersey-Williams. With: Dutch Light: Christiaan Huygens and the Making of Science in Europe, he delivered a very accessible and easy-to-read biography. The book does not provide any new insights, nor does Aldersey-Williams quite grasp the personality of Christiaan Huygens. Nevertheless, it is refreshing to see a Dutch renowned scientist through foreign eyes. 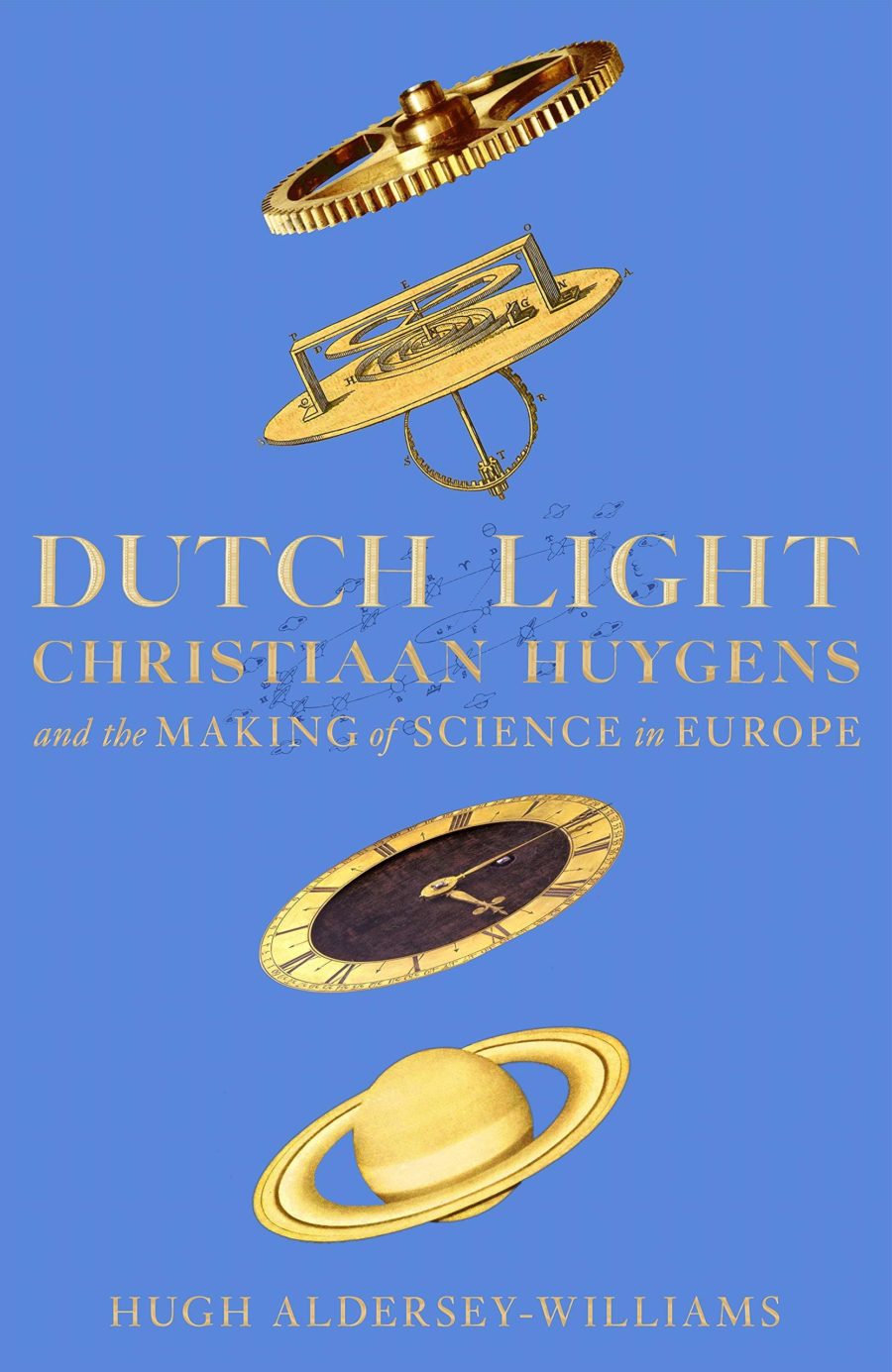 What is immediately striking, is that Aldersey-Williams conducts a more thorough investigation than Andriesse and Vermij. Although most attention is paid to the life and work of Christiaan Huygens, there is also considerable focus on the ups and downs of father Constantijn and the rest of his family. The invention of the telescope also passes by in all its complications and side-plots, and, furthermore, Aldersey-Williams sketches in great detail the political situation in the Republic of the Seven United Provinces of the Netherlands, including wars with foreign countries. He also focuses on minor characters such as Simon Stevin, Cornelis Drebbel, and Baruch Spinoza. All this context gives the books added value over Vermij’s biography, while speculations, such as in Andriesse’s biography, are absent. It does lead to Christiaan making his appearance only after a hundred pages, a quarter into the biography.

Attention to the seventeenth-century political, cultural, and scientific context, and a glimpse into the colorful microcosm of the Huygens family, gives the biography color and depth

Attention to the seventeenth-century political, cultural, and scientific context, and a glimpse into the colorful microcosm of the Huygens family, gives the biography color and depth, and brings the main characters to life. At the same time, the author carries it too far, resulting in an imbalance; Just as the readers has been able to move into the inquisitive mind of Christiaan, Aldersey-Williams switches to an exhaustive description of an engraving of one of father Constantijn’s many girlfriends.

Incidentally, despite all its context, the biography pays disappointingly little attention to the process of scientific revolution, with its mathematization and pivotal position for experiment. The dominant role of religion in the scientific discourse of the seventeenth-century Netherlands also remains underexposed.

Every now and then Aldersey-Williams makes a mistake: that Huygens came up with “a largely correct wave theory of light” is unfounded. The author is unaware that in an Antoni van Leeuwenhoek-microscope, the lens is clamped between two metal plates secured with rivets, and his claim that the publication of Oeuvres complètes was an international project is incorrect. These are minor shortcomings in a further excellently documented book provided with an extensive bibliography and a convenient register. 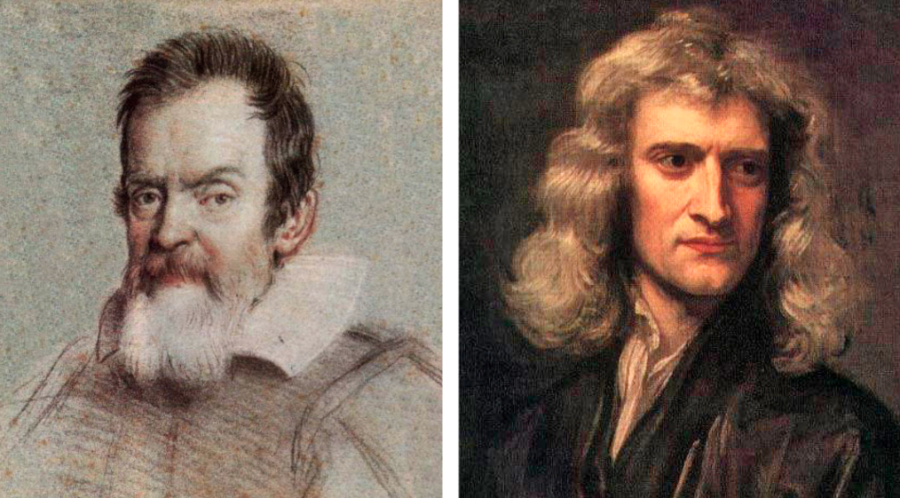 Christiaan Huygens, according to Aldersey-Williams, is the greatest European scientist between Galilei (left) and Newton (right). © Wikipedia

Christiaan Huygens (1629-1695), according to Aldersey-Williams, is the greatest European scientist – natural philosopher, as it was then called – between Galilei (1564-1642) and Newton (1643-1727). His merits are undisputed and of enormous value. While alive, the Dutchmen found scientific recognition in France and England, as witnessed by his prominent positions in the Paris Académies des Sciences and the London Royal Society.

While Christiaan Huygens is considered to be one of the fifty “windows” in the Canon of Dutch History, he is almost forgotten in the Anglo-Saxon world, Aldersey-Williams notes. If you pull up Google, you will notice that the search query “Galileo Galilei” yields about 18,000,000 hits, “Isaac Newton” roughly 12,000,000, while “Christiaan Huygens” lingers at 700,000. Why the difference?

Aldersey-Williams’ analysis of this neglect makes sense. Of course, Huygens had the bad luck that Newton came right after him and overshadowed him. Newton’s huge authority and his particle theory of light ensured that Huygens’ superior wave theory became invisible, until Thomas Young’s interference experiments and Augustin-Jean Fresnel’s wave theory, at the beginning of the nineteenth century, meant the rehabilitation of light as a wave phenomenon. Newton admired Huygens and in their own time they were equals. But while public perception of Galilei grew greater than that of Kepler throughout time, Huygens was outperformed by Newton thanks to the impact of the Principia.

Newton admired Huygens and in their own time they were equals

In addition, it was not Huygens’ job to achieve an overarching worldview: he did not have a “program.” There is no Huygens equivalent for Cartesian or Newtonian. He dispersed his attention on the most diverse issues, simply because they came his way and were of his interest. By not publishing important research results during his lifetime, he hid his light under a bushel. With fragmentation and without a penchant for large systems, you don’t make a name for yourself.

It is to Aldersey-Williams’ credit that he lets Christiaan Huygens tell his multifaceted story from his own strength, instead of showing Newtonian condemnation. The result is an entertaining and instructive book, which, despite sometimes giving excessive attention to other members of the Huygens family, non-Dutch and Dutch readers can benefit from; If only by associating the NASA rotorcraft Dragonfly with Huygens in 2034, when it once again explores Titan’s atmosphere and soil. 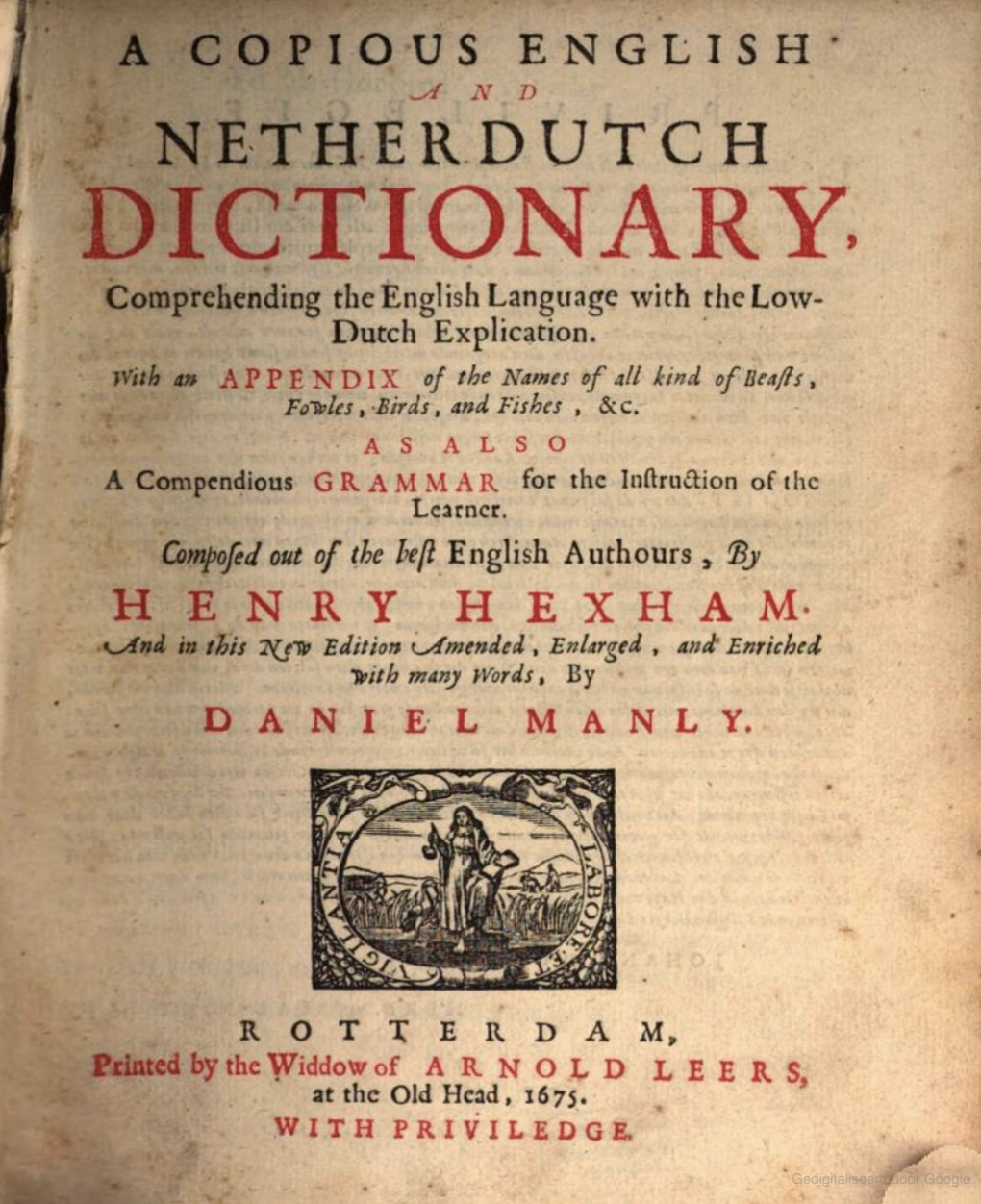 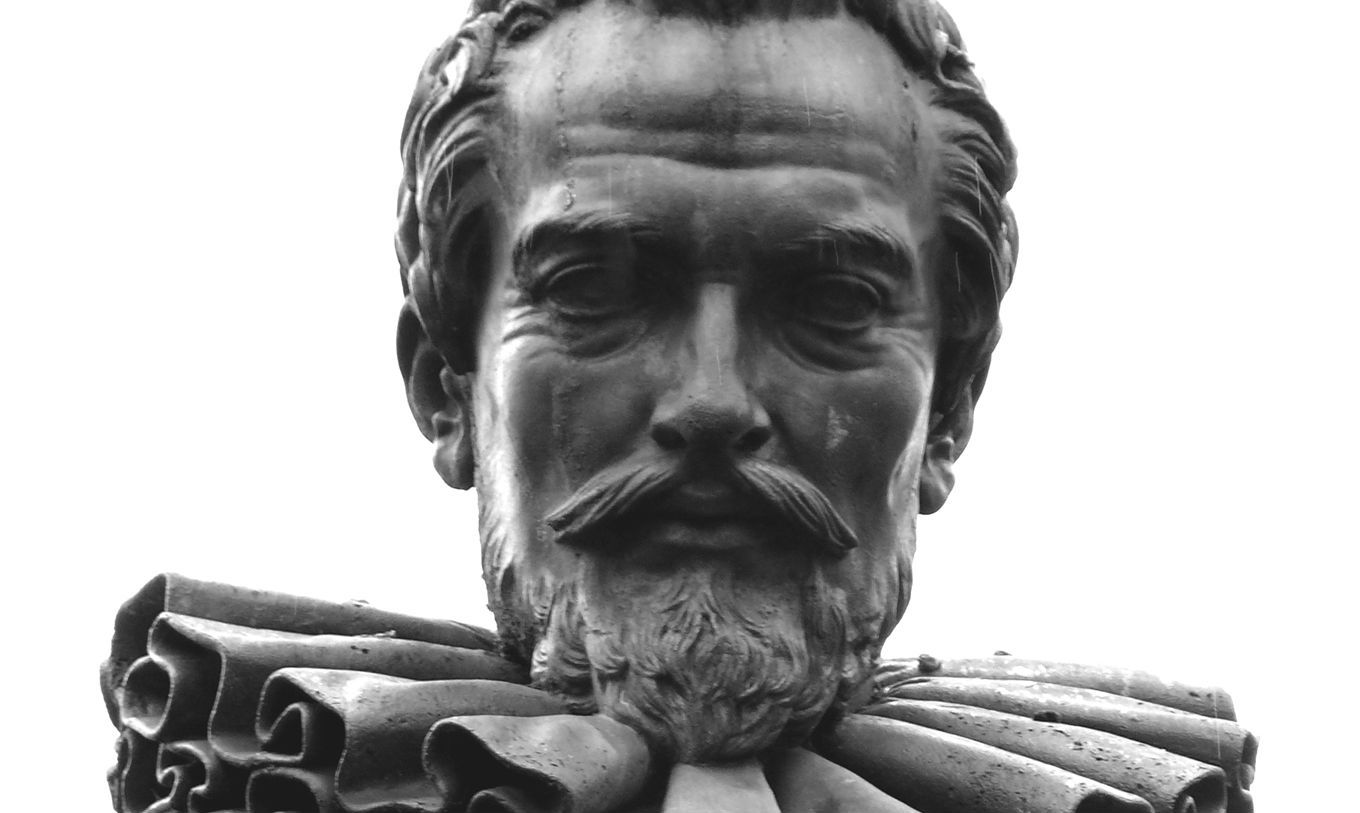