Violinist and singer Diamanda La Berge Dramm is one of the most notable arrivals on the Dutch contemporary music scene. The tiny, hyper-expressive musician is rewriting the rules of the classical music concert-world and is stringing genres together to make them sound as if they have always been closely connected. 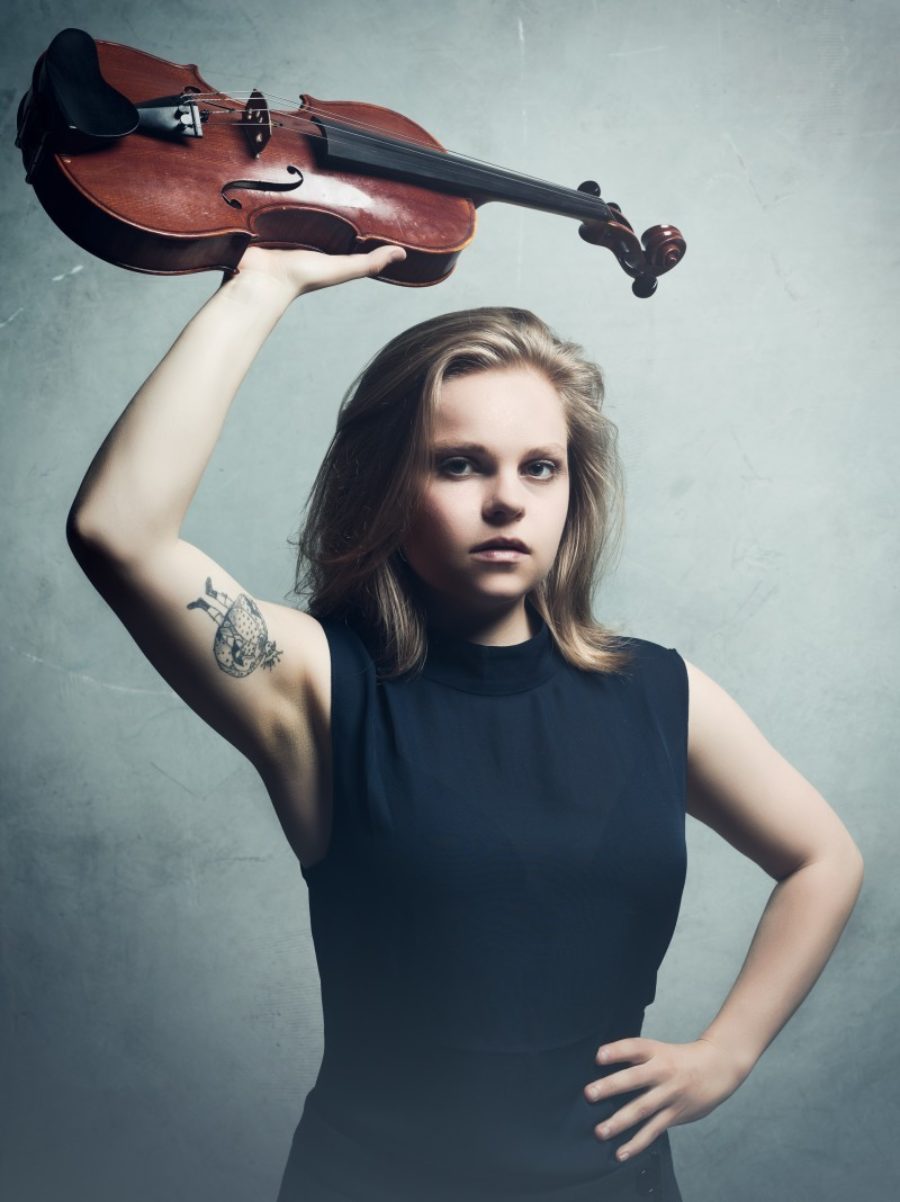 Diamanda La Berge Dramm is the daughter of two key figures on the Amsterdam music scene: composer David Dramm and flautist Anne La Berge, two Americans who came to The Netherlands for the rich local music scene, and had their daughter grow up in a world where Dutch greats such as Louis Andriessen were coming round for tea on a weekly basis. With her whole youth so devoted to music - she describes her childhood, ’even when we were talking about a book, it would often be that we would talk about the sound in that book.’ - it was practically unavoidable that her own life would now be permeated with it now too.

Ives and the Frontier

To find her own musical path it was necessary for her to leave her musical home for a while. Studying in America she developed her own musical friends and interests. ‘On a certain level, the world I grew up in was also really small. It was important to be at a distance to be able to see that.’ Being in America was also finally a way of relating to the country where her family came from, something that she had previously not known how to deal with. The music by the early twentieth century American composer Charles Ives - a quirky mix of folk melodies and progressive avant-garde techniques - helped Dramm to rediscover America as a source of cultural inspiration and a part of her own identity.

‘When I think about Europe, I think of a world which keeps on building on what’s already there. In America everything revolves around the idea of the frontier. So you’re always shifting. America’s twentieth century experimental music and art feels like a step into the unknown for me, without it being a reaction to something else. You see this a lot with Ives. His music is strongly connected to the music that he heard around him, and also with Europe in a way. But then he takes a totally self-taught, strange direction that has nothing to do with anything.’

La Berge Dramm too is walking her own, intuitive path on which she organically brings together different genres and forms of expression. She enjoys playing avant-garde music by contemporary composers in modern ensembles such as Musikfabrik as much as she does baroque music by Purcell. She was a part of the experimental radio play The Danish Detective by the Rosa Ensemble, but also performs in musical theatre performances for children. ‘I know that I inhabit many different musical worlds, but to me it feels like I do that from the same position. I don’t have the feeling that I’m having to constantly crowbar myself into different boxes. If I do ever get the feeling that a project doesn’t really fit with the other things I’m doing, I just stop doing it.’

Dramm’s playing, much like her mother’s, is very physical and corporeal. When listening to recordings, for example Violin Spaces, which she developed together with composer Garth Knox, one doesn’t hear pure, exclusive sounds, but rather a very earthy and tactile ones. Fingers gliding over the strings, a bow bouncing up and down on them, her arms moving the air. Increasingly she has also been using her voice in solo performances in a very pure and unschooled way. ‘For me, my body, my voice and my violin are all connected and they propel one another.’

‘To begin with I was interested in my voice because I thought I could learn a lot from it as a violinist’, she explains. ‘The violin has traditionally always been an imitation of the human voice. I then got to the point where I no longer had a teacher and I started to think: who or what is now my teacher? As a violinist it seemed totally logical that I would start to study my human voice.’

The direct relationship that singers put between music and their bodies is an inspiration for Dramm. ‘When you have an instrument in your hands it’s a tool, but it’s also a kind of mask. So how do you get away from that? As a singer, your technique is the only kind of psychological mask you have. Because I’m not a trained singer I don’t even have that and so it becomes very direct. I think it’s so interesting to find the directness in my violin playing whilst also using my technique.’

La Berge Dramm is the kind of versatile and multi-talented musician that composers like to write for, but following in the footsteps of her father, she is increasingly writing more herself - with her own voice at the fore. She added to her already impressive list of musical identities that of experimental singer-songwriter with her EP Beastings, released in November 2019 on the label Pretty Purgatory. ‘I’ve never seen myself as a composer, but two years ago I met the British poet S J Fowler and I started to hear melodies when reading his words. He sent me poems and songs came out of our correspondence. I’m working on new music at the moment, again using his words. So in a weird way that’s kind of become part of my DNA.’ In 2021 a new album is planned to follow Beastings.

A clear folk influence can be heard in her songs and projects, for example in her collaborations with cellist Maya Friedman. ‘At home I played a lot of folk music together with my parents. But also in the projects I do with musicians from other genres, like friends in the pop world, we often find that folk is a musical influence that we have in common. It’s the basis of so much other music. Ives comes from it too for example.’

But pure classical music still interests her. She is also working on a solo album for the German label GENUIN following a prize she won at the radio station Deutschlandfunk, which will include adaptations of Bach.

Increasingly La Berge Dramm seeks out more theatre and performance art in her solo performances, and she carefully considers decor and the layout of the space. ‘I think it’s really interesting to rediscover the space in relation to my violin. When you play violin upside down you hear the sound differently too. My main motivator is to constantly hear sound afresh. It’s a way for me to get out of my head.’

She commissioned the fashion house Maison the FAUX to design a costume for her most recent solo performance, with the set created by the designer Ascon de Nijs. ‘The theatrical world that I build for myself provides a kind of safety, but it also allows me to dare to be more vulnerable in other ways, for example in my musical choices and expression. When you create a clear framework you can go deeper within that in certain ways.’ The attention she pays to scenography could suggest she is a creator who is strongly focussed on audience experience, but that would be a misconception, ‘I do it for myself. If I don’t become a better violinist by doing something, then I’m not interested in it. It has to come from the question: what am I learning from this?

Where many violinists are constantly trying to play even faster and even more faultlessly within the strict framework of concert practice, La Berge Dramm is choosing a different path. ‘You come to a point when you’ve played Ferneyhough (a composer notable for writing unplayable music), and you’ve done your best with Tchaikovsky. I felt like I wasn’t really getting any better when I was playing according to the rules. But then I also didn’t think that that was enough. After all I have my whole life ahead of me and I’d rather it remains fun.’ 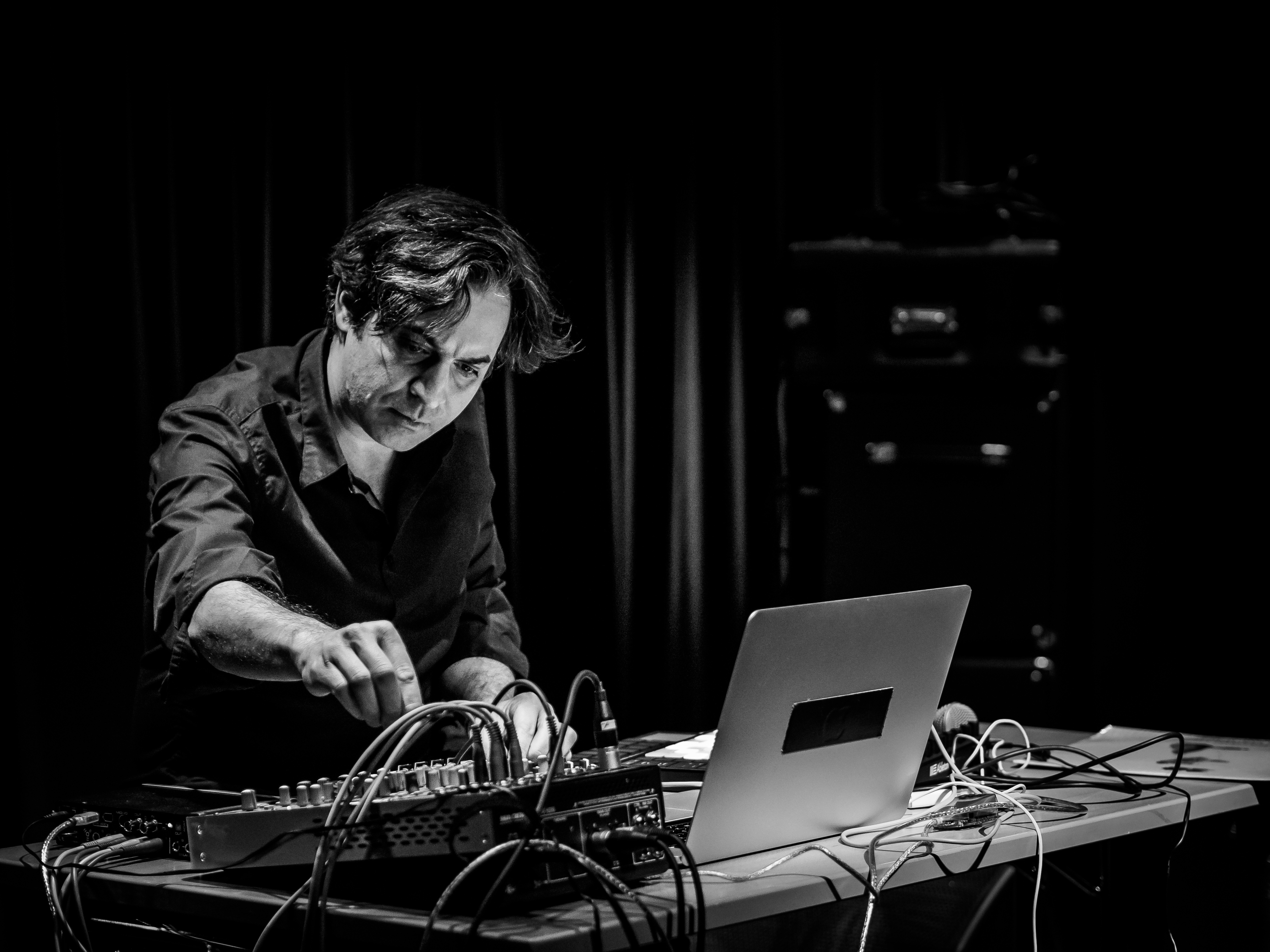 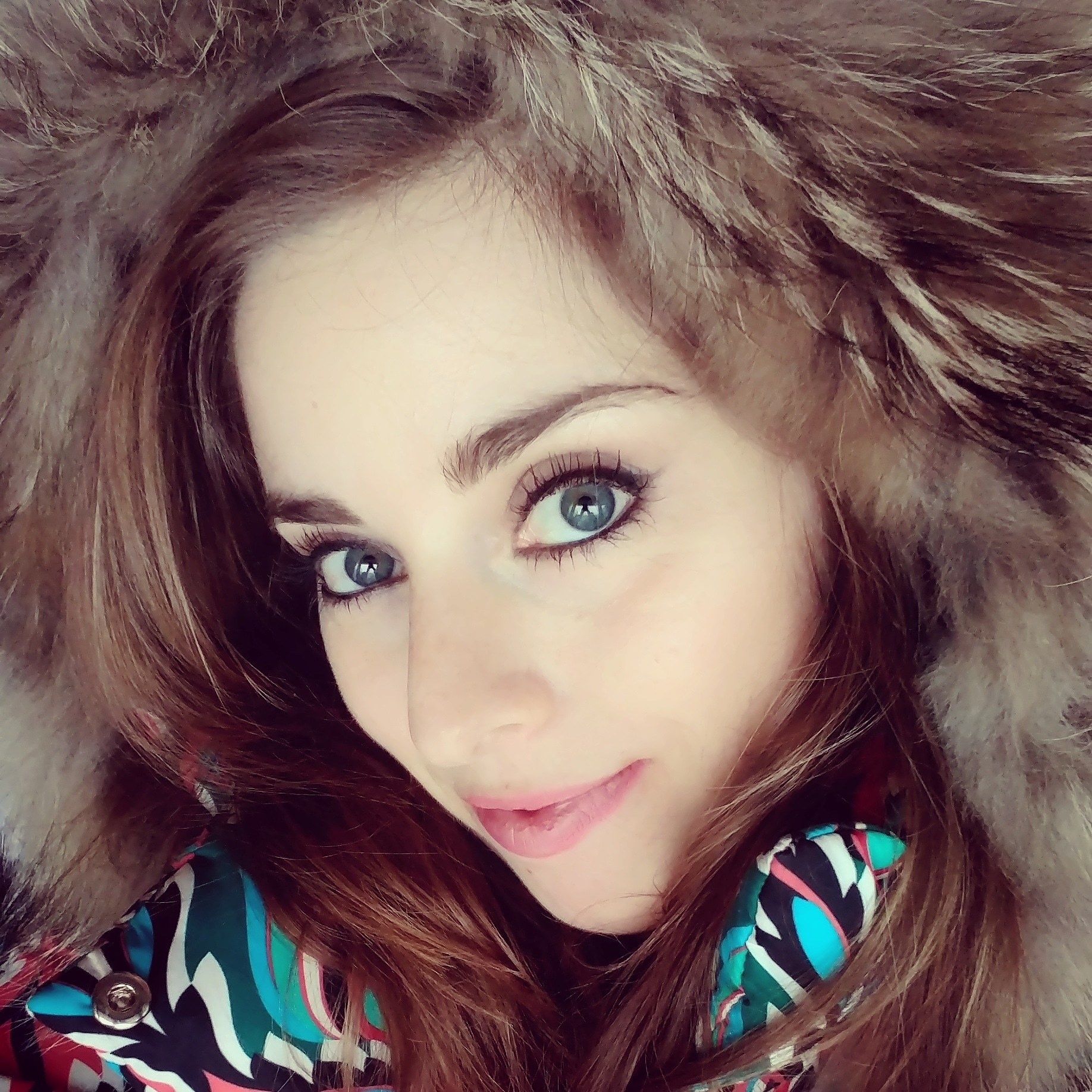