Many Dutch people live a stressful life. The Netherlands Institute for Social Research has reported it time and time again. Many have difficulty combining work, care, education and leisure, and always feel behind schedule. When under such pressures, it is not uncommon to envy one’s ancestors’ slower-paced lifestyle. But has stress really become normalised in the Netherlands only recently? Diaries written by Dutch men and women born more than two centuries ago suggest that ambitious schedules do not just belong to the present day.

The culprit of our stress is often said to be the ‘acceleration’ of modern life. Before the arrival of smartphones, cars and steam engines we supposedly kept a considerably slower pace. De Volkskrant, for instance, published a two-page spread a few years ago in which Martin Sommer argued for a simpler, slower, more autarkic lifestyle as found in past centuries, because ‘the essence of modernity is acceleration’. Researchers of history, too, have considered stress to be a peculiarly modern emotion. It was caused, they say, by advances in technology such as the railways and the telephone, which increased the speed of communication, and the proliferation of clocks and timetables, which created people who are acutely time-conscious. Or it rose with industrial capitalism, which operates on the premise that time is a costly asset that should be spent well. 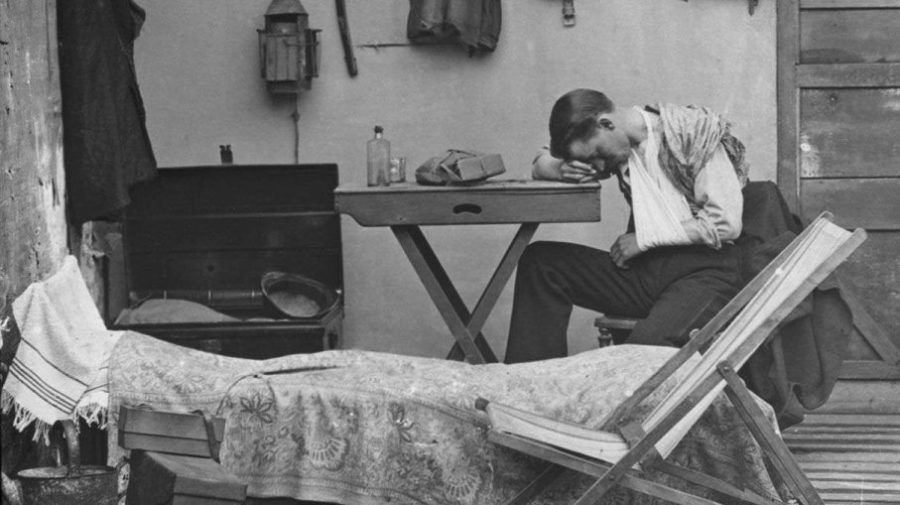 In this short article, I will introduce four personal accounts which suggest that even before the industrial revolution took hold of their country, the Dutch were in fact already imbued with the idea of the preciousness of time, and frustrated when their ambitious expectations were not realised.

The idea that time should be spent efficiently, and accounted for as if it were money, forms a prominent presence in a travel diary written by Cunera Wilkens-Hubert in 1820. 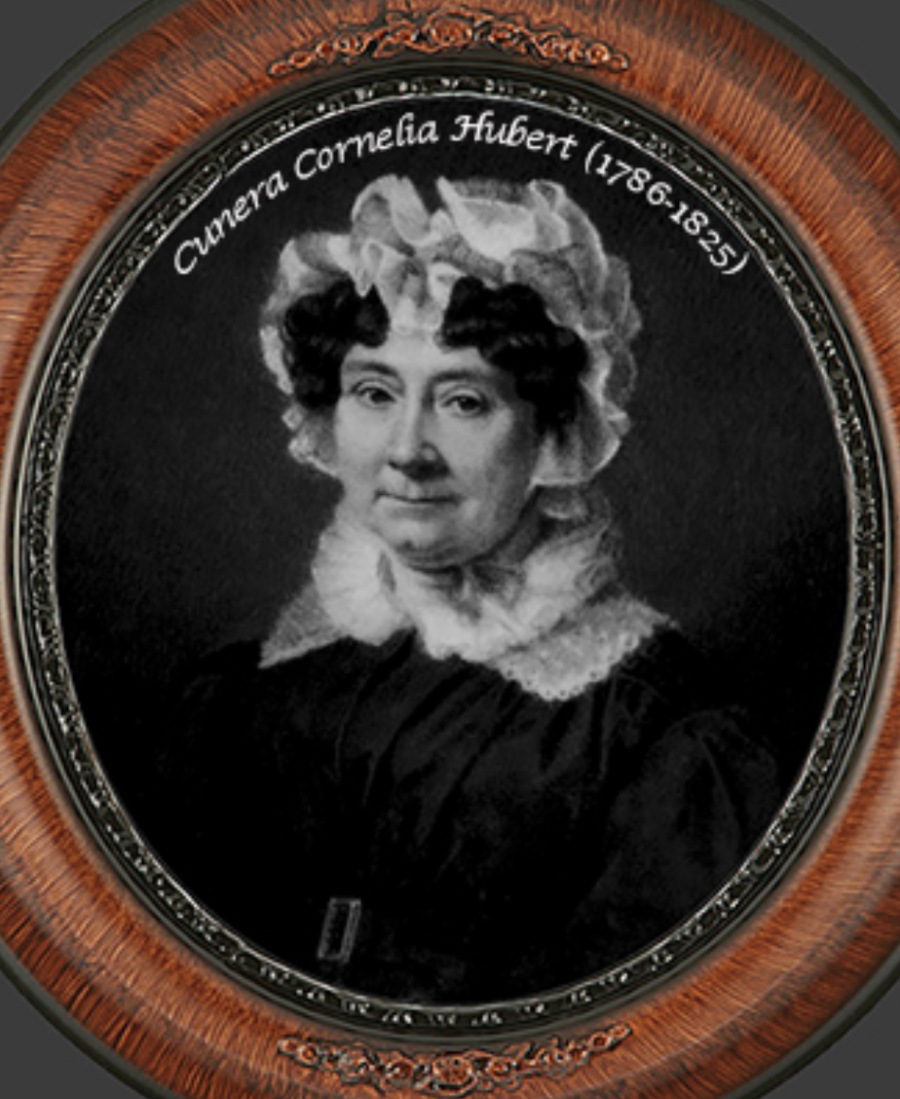 Wilkens-Hubert travelled from Rotterdam to the southern Netherlands and Germany with her husband, young son and one male servant, giving her husband time off work in order to recover from an illness but also to distract him from the work-related anxieties from which he had been suffering. The family formed part of the Dutch establishment and were clearly not pressed for time in order to make a sufficient living. Nor did they yet live in a period when railway timetables, time zones or the almost-instantaneous telegram commanded the lives of the rich. 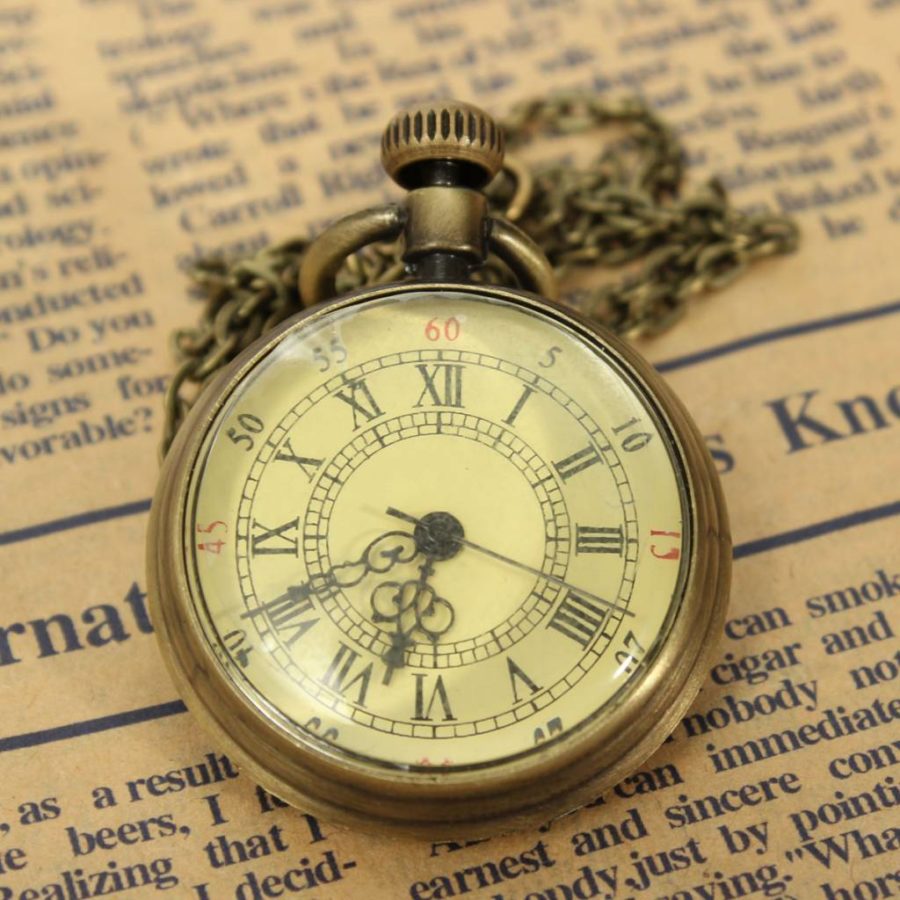 Nevertheless, Wilkens-Hubert showed a clear interest in clock-time. Her diary is larded with specifications of when something happened. She also felt a need to be accurate about the timing of their activities: she corrected time-notation mistakes in her diary. Moreover, she was very precise about the moment some events happened, up to the 15 minutes. This can only have been possible if the family had clocks at their disposal along the way, which contradicts the common idea that clocks only became ubiquitous in western Europe over the course of the nineteenth century. In fact, the Wilkens-Huberts probably carried their own watch(es) with them. All in all, these people felt they had to account for their use of time. Keeping a diary, moreover, offered an excellent way of doing so.

The Wilkens-Huberts also had a long list of things to do. Whenever they could, they arranged a busy programme, seeing substantial sights in only a small space of time.

On 29 July they woke up in Brussels, visited a museum (the municipal museum, in all likelihood), parliament (probably the current National Palace), Saint Gudule’s Church (the present cathedral), and ‘la salle du spectacle’: a theatre or assembly rooms, all before dinner, which they usually had around 3pm, concluding the day with a walk. 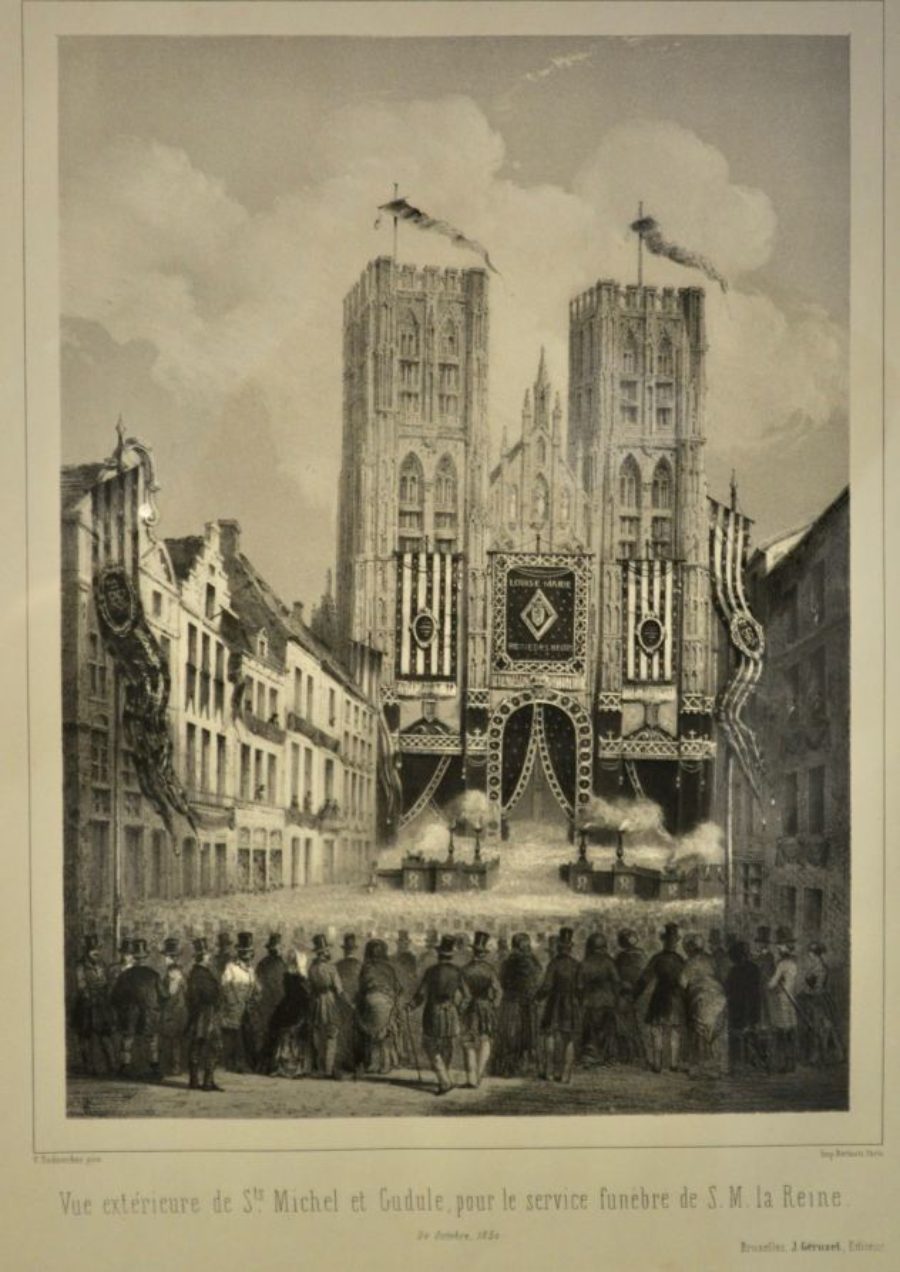 Another example: on the morning of 7 August, they travelled from Liège to Chaudfontaine, where they had their déjeuner. Afterwards, they paid a visit to an acquaintance and took a disappointing walk in the environs. But at 11am they were already back on the road again, this time for a six-hour journey to Spa. Having arrived there, they took their dinner and their walk.

On 11 August, they packed their belongings, left Spa at 10am, arrived in Aachen at 6pm (probably having had their dinner by then), settled down in their hotel, took tea and a town walk, and paid a visit to a friend. Besides, they did not finish the day without a supper.

On 28 August, finally, they saw the Leiden botanical gardens, zoo, and museum (probably the Archaeological Cabinet of Leiden University), all between 10am and 2pm, after which they had dinner and visited an acquaintance.

A similar picture is offered by the diary of economist Jan Ackersdijck who travelled central Europe. One day in 1823, after having spent the night in a carriage to Chemnitz (now in Germany), he visited an acquaintance, drove on to Kremnica in Slovakia, visited the smelting ovens and town of Kremnica, and returned to Chemnitz on the same day, arriving there around 6pm, when he met another friend. The next day he got up early to conduct a lengthy visit of the local mines, saw a school, the town, the market, had dinner, presumably, in an inn, and still undertook the journey to Tesa (now Ŝahy?) at 11pm. There, he checked in at another inn but slept only briefly because he had to depart again that morning at 5.30am. 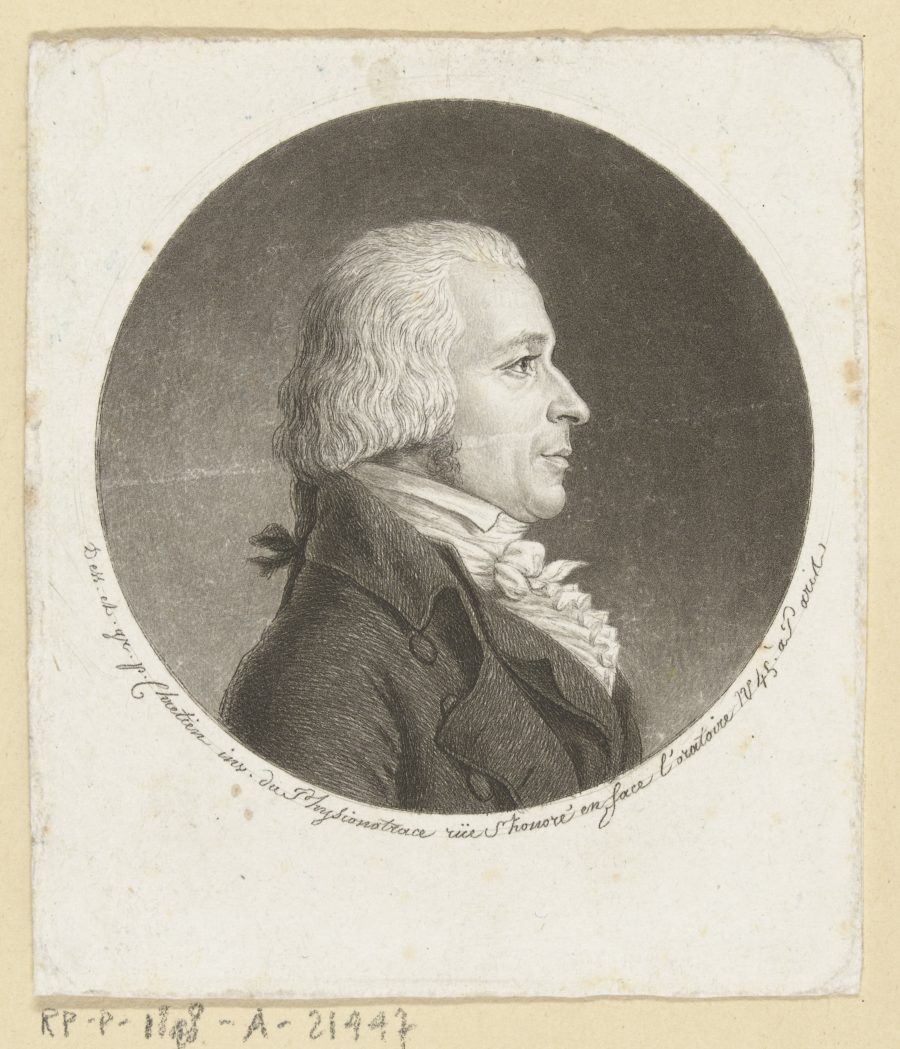 Or take a look at the even earlier diary of Martinus van Marum in 1782, when the Haarlem scientist and his wife Joanna had their honeymoon. Having arrived in Antwerp the previous night, they took a carriage to two successive private art collections, Saint Michael’s Abbey, the Exchange building, the Art Academy, and the Cathedral and its collections. Then, after a midday dinner, ‘out again’, to another monastery, the brewers’ ‘waterhuis’, the Hanseatic offices in the Eastern House, and, it seems, Saint Walpurga’s Church; next the Citadel including its chapel, the Friday Market with the Plantin Press, the Comedy House and City Hall. The next day, they left Antwerp at 6.30 am.

Of course, such a busy life could be experienced positively. Yet it could also lead to the anxious, strung-up sense that we have when facing a seemingly never-ending list of things to do. Such stress originates not just from working hard. What makes us stressed is the mismatch between what we expect from ourselves and what we accomplish within the limited time that is given to us. This mismatch results in a sense of disappointment; not a resigned kind of disappointment but one that leads us to think that if we only worked a little harder, we could still reach the mark.

And so, Wilkens-Hubert’s ambitions sometimes led to stress. In museums for instance, it was normal for people of their day to pay a lot of attention to each individual item. At the same time, collections were by no means always small. When Wilkens-Hubert visited the museum in Leiden therefore, she had the feeling that their visit had been incomplete and not up to standard: it was a museum ‘which we have only been able to rush through […] that is how many curiosities there were to see.’ 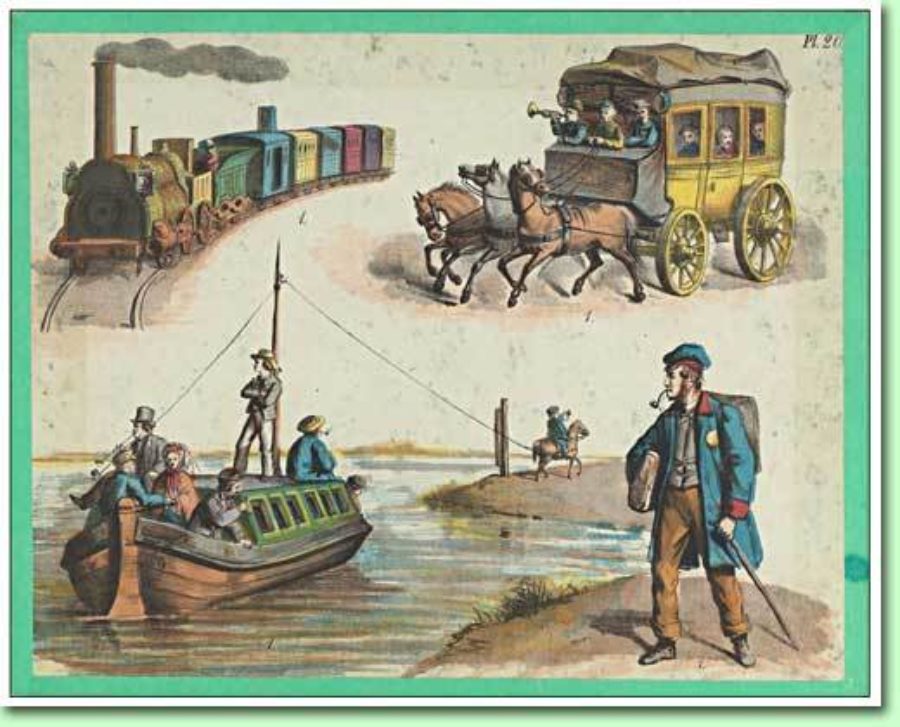 Travel in the nineteenth century

Her frustration became especially pronounced at transport delays, which were often caused by a temporary unavailability of horses and which prevented her from doing all the things she had in mind. She noted down several such ‘tribulation[s]’ in her diary, indicating how much time and energy they had cost. One such episode had ‘delayed our arrival in Namur by a good hour […] it was not until ten thirty that we arrived in this town, very tired’. Equally telling is the fact that the Wilkens-Hubert tried to use these moments to do something else, for example eat their dinner: time was never wasted.

In 1829 another diarist, the young Frederik Drieling, had an equally packed agenda. When he arrived in Italian Domaso one morning and discovered he was early for his steamer across Lake Como, he tried to get another boat to an interesting villa on the coast to spend his waiting hours there. Consequently, when his local guide was slow in arranging this boat and he missed the opportunity of seeing the villa in time to catch his steamship, he peevishly remarked he had found no better way to while away the time than to saunter along the quayside in Domaso. 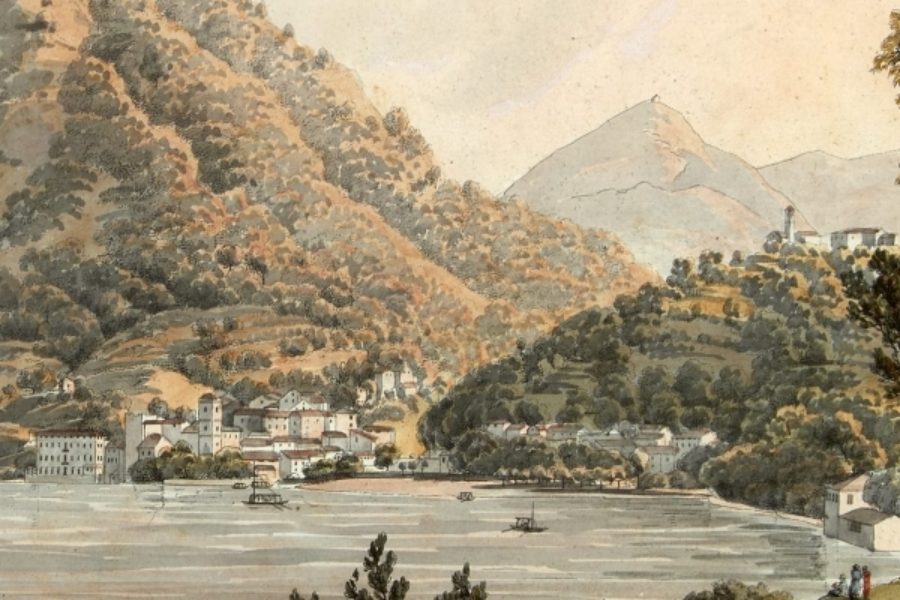 A different response was also possible. Wilkens-Hubert stayed in Spa for the family’s health – for her husband’s throat but also for her own asthma – and here, she engaged in fewer different types of activities than during the rest of her journey, focusing on her physical equilibrium rather than cultural knowledge or socialising. She writes that she followed a ‘régime’, which generally meant a restricted daily programme focusing on drinking or bathing in the medicinal waters, combined with walks and possibly an adapted diet. Although this régime suggests that she was still keeping strict time (she was still doing the accounting), she also took ‘des ménagements!’. That is, she took particular care, which might refer to a conscious attempt to take a calmer pace during these days of recuperation. 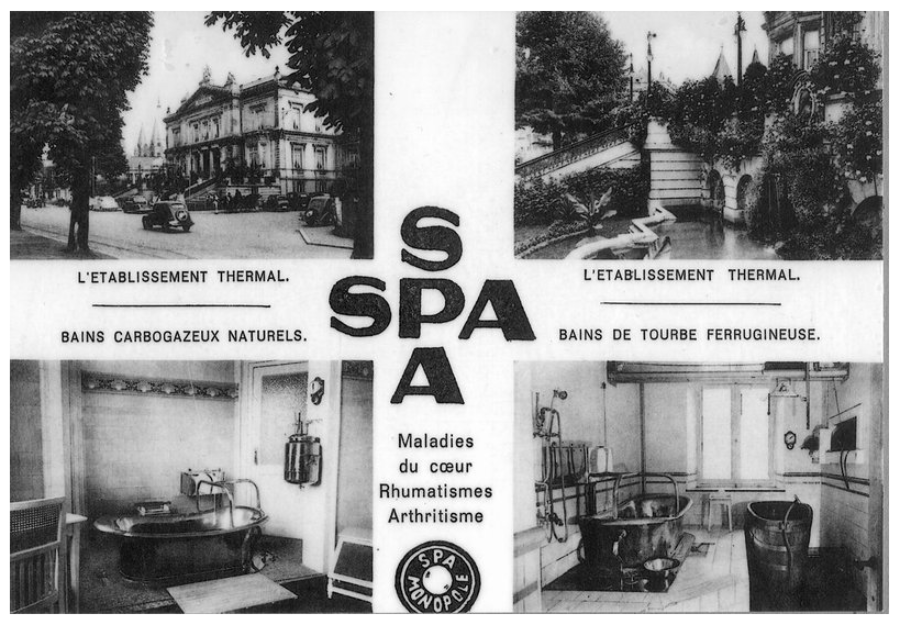 Publicity for the thermal baths of Spa

Still, she and the other diarists presented here generally chose to live with an ambitious schedule. Two centuries ago, many Dutch already grew up with the idea that such activity was needed to be a good, industrious person or to have an interesting, worthwhile life. High expectations, frenzied activity and the anxieties resulting from them were already a common condition for Dutch middle-class citizens of the eighteenth and nineteenth centuries. The acceleration of life, it seems, has long since been underway.