‘Hark, There’s a Quite New Sound’. Herman Gorter’s ‘May’ Finally Translated Into English

Herman Gorter's May, an epic poem about youth and a landmark work for Dutch literature, was already translated into French, German and Frisian. After 132 years, his masterpiece has now also been published in English, even in two versions. Reinier Salverda read the poem translated by Paul Vincent. 'Vincent has made Gorter's May entirely new in English - the crowning achievement of his long and distinguished career in literary translation from Dutch.'

A new-born springtime and a new-born sound:
I want this song like piping to resound
So often heard at summer eventide
In an old township, by the waterside –
The house was dark, but down the silent road
Dusk gathered and above the sky still glowed,
And a late golden, incandescent flame
Shone over gables through my window-frame.
A boy blew music like an organ pipe,
The sounds all trembled in the air as ripe
As new-grown cherries, when a springtime breeze
Begins its upward journey through the trees. These twelve opening lines of the epoch-making poem May (1889) by Herman Gorter [1864-1927], in the translation of Paul Vincent, were first published in 2009 in A Literary History of the Low Countries (ed. Theo Hermans, p. 469). Vincent’s full translation is out now, published in May 2021, almost coinciding with the manifesto De Totale Gorter of a new Amsterdam collective of poets, translators, literary and political writers, ecofeminists and further Gorter aficionados, all working to further improve our understanding of his writings. Then next, I discovered another, quite different, full English translation, by Michiel Kruijff, published with Arimei Books in Leiden. Altogether, clearly, a solid harvest for Gorter’s epic - number 11 in the all-time Canon of Dutch Literature - and likely to give new impetus to Gorter Studies.

Gorter’s May consists of three large Cantos in rhyming, five-foot iambic lines, 4.381 in total, on 120 pages, subdivided by silences into nearly 190 text fragments of varying length, which take between four and five hours to recite in full. Its key element throughout is sound and song, captured as if for the very first time - a new beginning indeed. With its vast Homeric metaphors, its cascading visual images and sound impressions, the poem tells the story of May, daughter of the sun and the moon, who in her short life brings into the world the singing joy and bliss of spring – using colour, sound and movement as the stardust she sprinkles about in her celebration of Holland’s garden at its most beautiful.

Opposite May there is the poet - the I who hears those sounds and gives them voice, for her, the one and only, whose sparkling eye, like the sun, will shine (he prays) on him, and on his voice. Hearing, seeing, sensing, imagining, feeling, singing - these bardic gifts are the driving force in the lyrics of this long poem. As Gorter, inspired by Keats and Shelley, wrote himself: “… in the days when I made it, I could not do any better. I felt that I could make something with a beautiful sound and full of brightness, and therefore I wanted to do that and nothing else” (cf. Meijer, Literature of the Low Countries, 1978, p. 243). Gorter’s May enacts her life’s tale as if it were a pagan passion play. With the coming of May, the world cannot help but break out in song. The forces of nature and creation must sing out life and its innermost secrets, and so too must the heavenly protagonists she encounters – blind Balder, majestic Wotan, his wife Freya, their daughter Iduna, powerful Thor, and a host of lesser gods, Triton, Zephyr, Phoebus, Aurora, Cynthia, Oberon and Titania. Like May, all are singing: the birds, the sea and the wind no less than those gods. With their arias, duets, recitatives and supporting choruses from nature and heaven alike, the poem comes close to being an opera – a musical affinity reflecting the involvement of Gorter’s close friend and fellow classicist, the composer Alphons Diepenbrock [1862-1921], in the making of May.

For the poet, meanwhile – at least, as Balder puts it in his song for May - what remains is the deeper permanence of the ‘music of the soul’:

The life of the soul is music: the full
Surges of feeling, the eternal pull
Of outpourings of sound, full to the brim
Baths, in churning steam where gold sound seeds swim,
Perfectly rounded and round-vaulted leaves,
Bombs made of sound, and also the sweet sheaves
Blown about with light sound like plies of hay.
Snowballs of music, thawing out today
Of great lumps of ice melting just after
Birds of music and riotous laughter
Of guffawing men: each a complete whole –
A people of sound where each has his role
Unique to him, a fleet of music sings
Each ship sailing forth upon its sail’s wings.

As we see, there is nothing traditional here. In fact, the freedom of Gorter’s language and image making is as fresh, modern and astonishing today as it would have been back in 1889:

Two young gods now approached over the sea
Running together with flickering feet.
May could hear them laugh, and also compete
Like blasts on two hunting horns as they passed,
As they swept past and left a trail at last
That trembled in the sun’s rays’ brilliant light.
Like two cyclists: they make their steel spokes bright
Revolve so that from wheels dots of light spray,
The circles turn, the white path glides away:
Each closely watches the other one’s wheels
And pedals flat out, in their souls each one feels
Anger and hate, near the goals one’s ahead;
The other rallies and leaves him for dead
Blind with despair. The last gasp of the chaps
Releases people’s hurrahs and their claps.
So they sped on and so the bright sunlight
Abated again. May stood there upright
And looked curiously, while breathing deep.
Awakened now she felt a new mood creep
And waft into her just like a sea breeze.

What the poet gives us here are two sea gods, emerging from May’s musings, running from the surf, messengers of the gods but equally, cyclists racing each other to the death on the beach, past May, whose eyes follow them as they vanish in the distance, while she still smells their oil and perspiration, and keeps seeing them longer still, from afar, like she were a mackerel in the water or a magpie in the sky.

Long after the youthful exuberance of these vanishing cyclists, and just as everything in nature must come to an end, in the closing pages of the poem, when enduring love between May and the blind god Balder has proved impossible, her time has come too, and in an intense sequence of ever-shortening metaphors, the poem’s voice falters as even the sun goes out with her:

Like a child in the things of life that pass,
Like a flower of summer red in the grass,
Little red poppy that now lies so low,
She lay and the last light of the sun so
Made her a little red, and shone on her
All gold at the last, and then died with her.

To conclude. The Gesamtkunstwerk that is Gorter’s May is comparable only, really, to Luchino Visconti’s unsurpassed Death in Venice of 1971. Here we come full circle in December 2020, when Louis Andriessen’s final composition was performed in the Concertgebouw, a tribute to Frans Brüggen, entitled May, its text based on Gorter’s Mei, in Paul Vincent’s English translation. Back in 1889 meanwhile, in that same Amsterdam, Gorter’s lyrical epic can only have been an absolute revelation, an explosion of poetry, in unheard, experimental flashes of language, full of new and imaginative ways of seeing and phrasing. In other words: a daunting challenge to the translator - just think of finding English equivalents for Gorter’s sonorous riches, rhymes and new words, let alone for his full creative universe. Here, it is the very high quality of the May fragments above which offers proof conclusive how Vincent has acquitted himself magnificently: he has made Gorter’s May entirely new in English - the crowning achievement of his long and distinguished career in literary translation from Dutch.

Dutch and Flemish literature in English translation by Paul Vincent

Paul Vincent has been translating Dutch and Flemish Literature into English, starting in the journal Dutch Crossing in 1979 with 13 poems by Vondel. From 1992 until today he has regularly contributed articles and translations to The Low Countries.

In recent years he has returned to his first love, poetry:

Over the years he has produced English versions of Vondel, Hooft, Bredero, Huygens and Bilderdijk, and of modern 20th-century authors such as Achterberg, Hugo Claus, Marjolijn Februari, Kristien Hemmerechts, W.F. Hermans, A. Roland Holst, Slauerhoff, Simon Vestdijk and Erik Vlaminck.

Among his many first-class translations are: 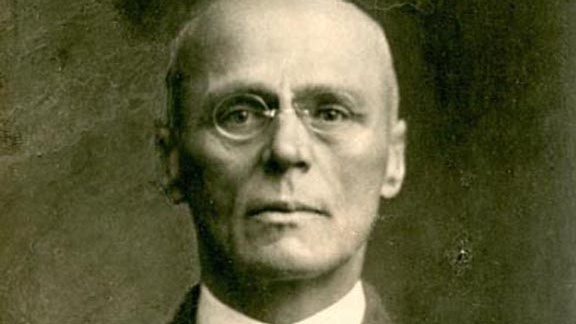