‘Het Perenlied’ by Joost Oomen: A Playful Fairy-Tale About Love Pure and Simple

Het Perenlied (The Pear Song), the debut novel by Dutch writer and performer Joost Oomen, is a whimsical book brimming with wonderful fantasies.

Writer Joost Oomen (b. 1990), just thirty, is going for rollicking good cheer and entertainment pure and simple. He’s done it before, as a poet and a performer, in his thrilling co-production, with musician and director Willie Darktrousers, O ratelslang geil beest (O Rattlesnake, lewd beast). That show came into being spontaneously during the Oerol Festival 2017 on the island of Terschelling, and was the starting point for Oomen’s first novel. 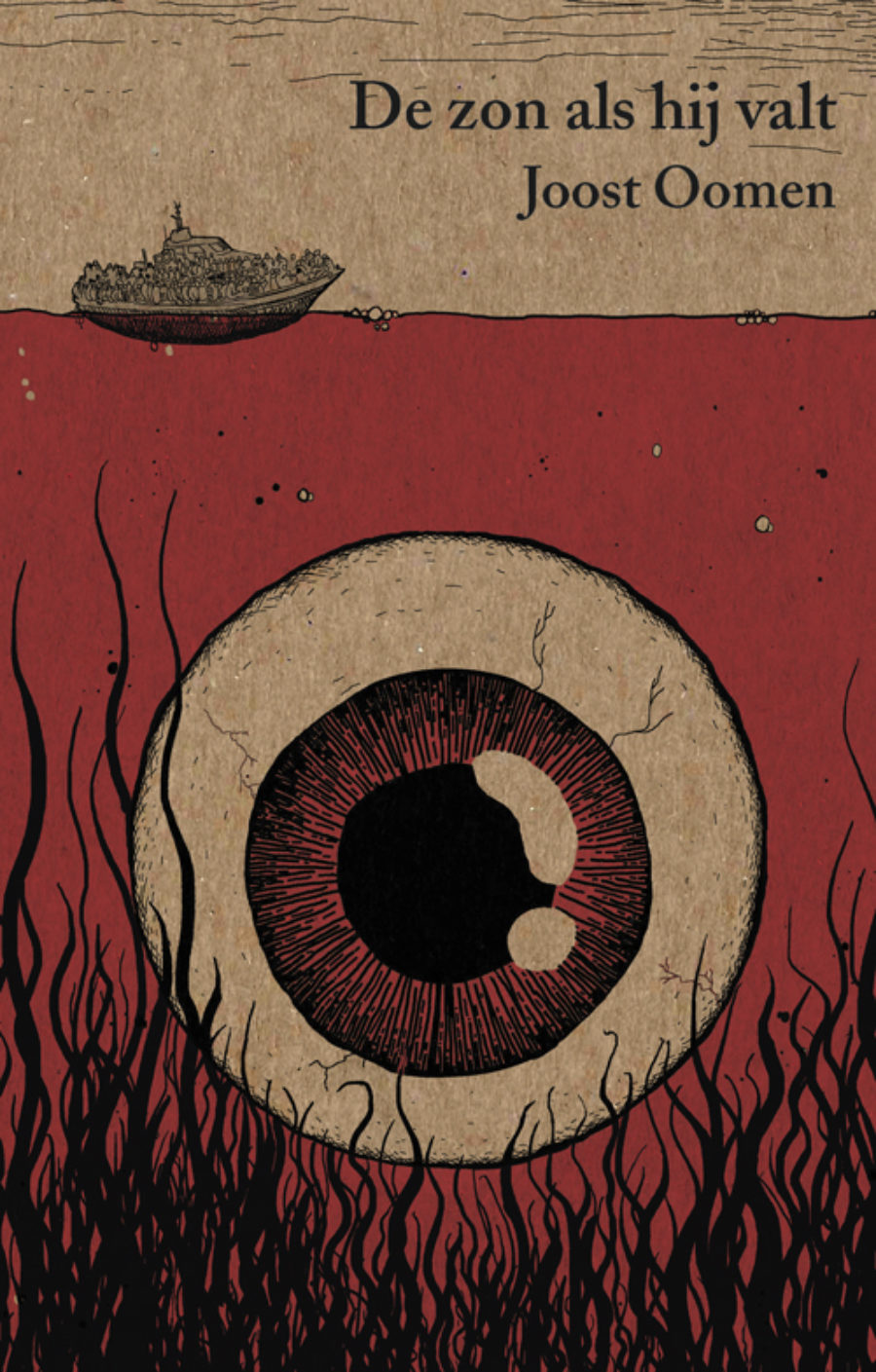 Before that, he travelled Europe as a poet, performing at festivals of music and literature such as Lowlands and Crossing Border. His poetry has been published in esteemed Dutch and Flemish literary magazines such as De Revisor and DW B. In 2016 he released the pamphlet De zon als hij valt (The sun as it sets), a novella that later became a theatre show. And in 2018, he was one of the Paris writers-in-residence hosted by the Flemish-Dutch cultural association deBuren.

Oomen grew up in Friesland, where he fell into ditches and in love with a cow, both of which seem to be Frisian customs. His debut novel came about a little further to the south, during a writing residency in Sluis in Zeeland. Away from the internet, mobile telephones, distracting ditches and seductive cattle, he could devote himself to writing. In the space of a month, Het Perenlied (The Pear Song) was nearly finished. Perhaps that is why the book reads at times like a whirlwind tour, a cheerful journey through places such as Florida and New York, more playful in Oomen’s prose than in daily, banal reality. It’s On the Road, but happier and less raw. 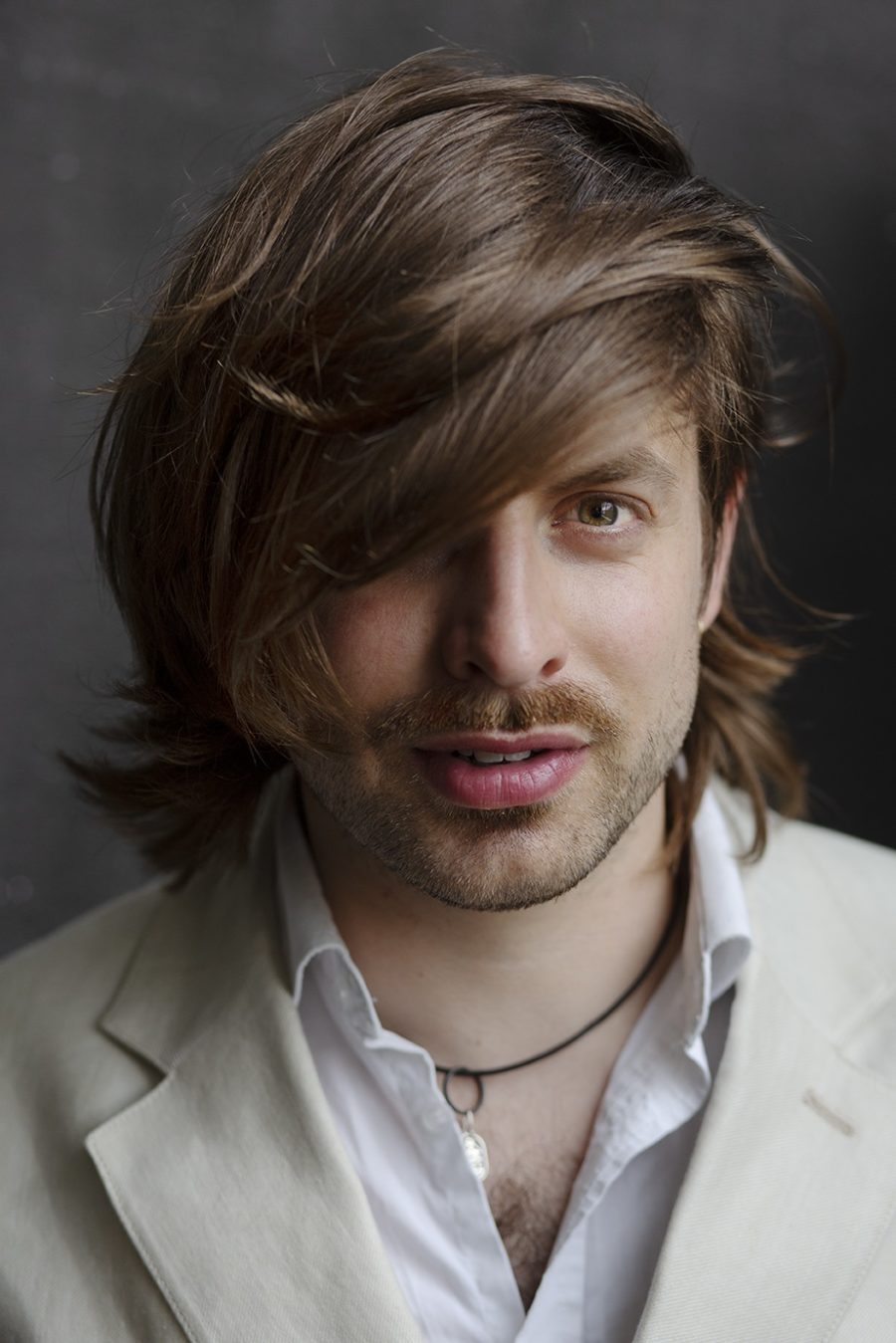 Het Perenlied (The Pear Song) is a bit like a ride at a theme park: you get on, and before you know, it is over. All that remains is a tingling, pleasant sensation of “again, again”. You are not always aware of what you’re reading exactly. Sometimes it is so magical, so like a fairy-tale that all you can do is enjoy the language and the unbridled imagination. Darkness is “dark casting into his eyes like a sinker”. Silence is “silence thrumming on his eardrum like a bruise”. The poet in Oomen is never far off.

This is a book of curious creatures: a pink dolphin, Princess Call-me Helen (of Russian nobility), and Queen Beet, a purple child, who comes about when a man masturbates into a boiling pan of beetroots. He is grieving a man for whom he went to fetch a bowl of beetroot soup; at the foot of the World Trade Center, just as a hijacked plane crashed into one of its twin towers. Their love affair, still in its early and uncertain stages, had been nipped in the bud by that attack.

After the trauma of 9/11, the survivor, father of Queen Beet, is allowed by his employer, Walt Disney, to take some time out in a Florida theme park. It is there that Queen Beet is conceived and he sees her grow up into a stout purple girl who knows her own mind. Eventually, she finds her way with Gabriel, a fellow Walt Disney employee who has had his fill of crass entertainment and is craving other adventures. Together, Queen Beet and Gabriel concoct wicked plans, you could even call it love.

After an attempt to sabotage the theme park fails, Queen Beet and Gabriel go looking for Queen Beet’s father. He went back to New York, after having a vision that Chad, the man he was in love with, was not killed on 9/11 after all. Perhaps Chad had been waiting for that bowl of beetroot soup all those years.

No matter how meandering the story is, how odd its characters are, all of them are guided by ‘The Pear Song’. You could consider this pear song to be true love, it symbolises everything that is real, pure, untainted – and juicy, of course. But beware, there are songs that masquerade as the pear song. A human, or a beetroot Queen, is easily fooled. In life it is important to tell the real tune from the fake. 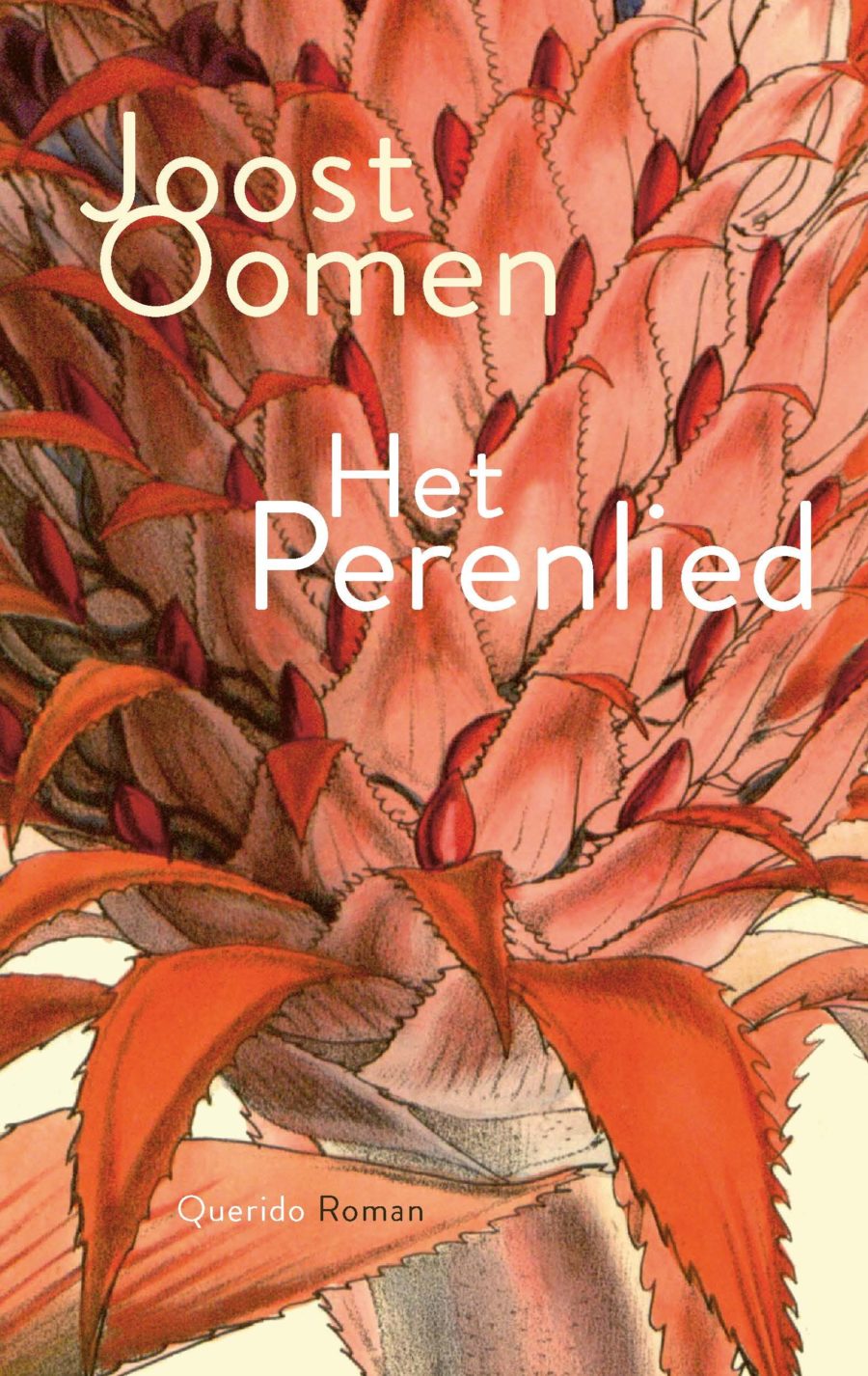 And so this novel is more than a playful fairy-tale. The book is about the search for true love, for pure beauty, in nature and in people. About how easy it is to be deceived, but also how wonderful it can be to find real, true, beautiful love, singing ‘The Pear Song’ together.

Excerpt from ‘Het Perenlied’, as translated by Paul Vincent

Purple means royalty. It is the colour of the bedding of the Japanese, the Byzantine and the Roman emperor, and to this day the Queen of England’s favourite outfit is a purple suit. It is the colour of bishops’ mitres, of the strong woman, of the plum that hangs down full of morning dew matt-glazed and round. It is the colour of eroticism, aubergine, amethyst, and the angels all wore it before they discovered white in heaven. Purple is there when the sun sinks below the earth and the moon, like purple an inexhaustible source of mysticism, seduction and indisposition, finally takes over. Moose steak is purple and bloodshot, and the medal is bloodshot purple that the American soldier is awarded when he is shot to bits by an enemy. A medal that he does not win for being brave, but for dying, leaving the murderous world of soldiery and becoming benign again.

There must have been a first time when blue and red light were introduced to each other. Perhaps they drifted into the same corner at a cocktail party organised for colours in a remote beach tent on the rainbow. They talked the whole evening about why they did so many things completely differently, and yet seemed to get on so well together. At the end of the evening (yellow was sleeping under a table, green, outside, lit a cigarette at the filter end) they kissed. Purple light rose from a dark corner.

Red jam that in the long vacation splashes against the canvas of the clear blue sky becomes a sticky, sweet summer night. Purple is the river that Gabriel crosses at night, his telephone and wallet held in his hand above the water. Purple are the petals of the mango tree, purple chocolate on his face. Purple the soft sound of four bare feet on the long grass of the upward-sloping back lawn, past the bougainvillea which is full of dense flowers. Gabriel and the Queen of the Beets stumble through the insect screen. The power of purple is concentrated in the bed of a girl with long, curly hair. The boy’s body does not think of two lonely shoes, does not think of the pink cardigan lying in a ball next to the bed.

What is obviously not purple are the empty cars on the highest roller coaster in the theme park. They slid, soundlessly, over the rails in the warm night. Across the bushes they spy on an employee who has crossed a river just beyond the bounds of the theme park.