British journalist Derek Blyth travels through the Low Countries and stops in cities that are worth visiting. Each time he looks at the place and its inhabitants through curious glasses. 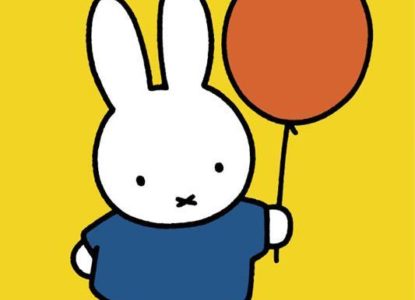 Utrecht is so much more than a pleasant day trip from Amsterdam. Discover its picturesque canals, lively pub culture, the world’s largest bike parking garage and a cute little rabbit that pops up everywhere in town. 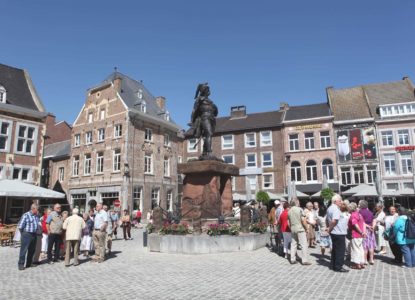 Belgium's oldest city has refreshed its identity. Thanks to the Romans. 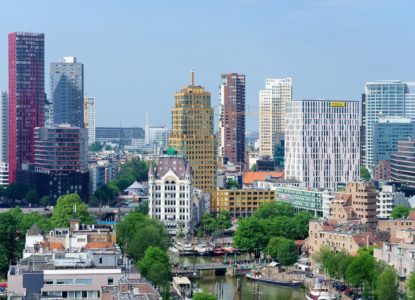 Rotterdam used to be a tough industrial city. Not any longer. It’s now got the energy of New York combined with the liveability of Copenhagen.

Back in the 1880s, when Van Gogh was plodding through the Brabant potato fields, Eindhoven was just a small Catholic town. Now it is the fifth largest city in the Netherlands, with an acclaimed modern art museum and a world-class design academy. I thought I knew the city. Many years ago, I got off the train to take a look around. It struck me as a rather soulless place compared to other Dutch towns. Hardly surprising when you learn that the centre was heavily bombed by the Allies during the Second World War. All I can remember is dull post-war architecture and a large blue Philips sign hovering in the sky. I caught the next train. Not thinking that I would ever go back. But then I did. And I discovered that Eindhoven has changed.

It's early morning in Mechelen and the streets are empty. Derek Blyth is looking forward to wandering down the cobbled lanes, looking inside gothic churches, passing some time in the municipal museum, and ending up, as everyone does, in one of the cafés on the main square. He has always been fond of this old Flemish town, with its quiet and safe mood, like Bruges without the tourists. Blyth has not been back to Mechelen for several years, but is not expecting much to have changed. But he is about to find out that a sleepy provincial town can be roused from centuries of lethargy. It just takes energy, fresh ideas…and some lofts.

There is no better way to get to know Mechelen than to gaze on it from on high and then to stroll around in it. Wandering through the streets of Mechelen, the author discovers the many different faces of this provincial Flemish town juxtaposed between its big brothers Antwerp and Brussels: from medieval and Burgundian to arch-Catholic and modern.

When the author of this piece decided to drive from Brussels to Antwerp on the old N1 road, it was partly an attempt to discover the other Flanders, the space between the cities. He imagined that the whole journey would take a day at most. The total distance is 46 kilometres and the speed limit is normally 70 kilometres an hour. Even if he seriously dawdled along the way, he'd be in Antwerp by late afternoon...he thought; but he was wrong, and it took a day to cover the first 18 kilometres and two days to reach the end of the journey.

In Hasselt there's no big square, no great art collection, none of the sense of ancient history you feel in nearby towns like Tongeren or Maastricht. Yet it's somehow quietly appealing. At the end of his day in Hasselt, Derek Blyth took a free bus back to the station and caught the train to Brussels, thinking over what he had experienced. He hadn't seen any famous paintings, or discovered any memorable cafe, but he had smelled coriander and tasted jenever and finally come to understand the stubborn local conviction that this is the best of all possible towns in the best of all possible provinces.

The Romans saw the Kops Plateau near Nijmegen on the Waal (a lower branch of the Rhine) as the ideal place for a settlement from which to conquer Germania. In the early medieval period Nijmegen grew up around the Valkhofburcht. In the autumn of 1944, along with Arnhem, it was heavily battered by allied bombers. The foundation of a university in 1923 was an important Catholic conquest but since the eighties leftwing and progressive parties rule the city with its three bridges. 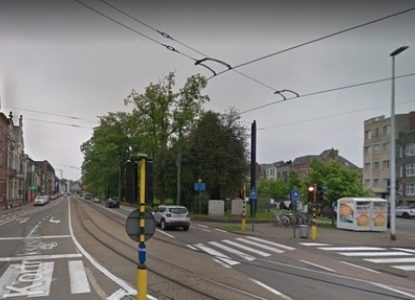 The plan was to drive from Ghent to Kortrijk on the old Kortrijksesteenweg. Houses in various eclectic styles, hypermarkets, car showrooms, roadside brothels, bars and forgotten hotels, churches and a statue of a caribou perced on a rock. It’s all there.

The author sets off on the longest tram ride in the world, all the way along the Belgian coast from De Panne to Knokke: 67 kilometers, 68 stops. A strip of fantasies. Now and then he gets out of the vehicle to glance at a nudist beach, a fish market. But he always hops on again, hoping for a grand finale.

When I visited Middelburg for the first time, back in the early 1980s, the town was an old-fashioned, religious place. It was a Sunday and everything was closed, except for the churches, which were full. It felt twenty years behind Amsterdam.

When I returned to write this story in early 2017, it was clear that Middelburg had moved on, but not much, so it still feels a couple of decades out of date. Some shops are now open on a Sunday, but not too many. And the churches are still full.