Broeder Dieleman and the Rise of Dutch Dialect Singers

On his fourth album ‘Komma’ (Comma) Tonnie Dieleman, alias Broeder Dieleman, tells tales from and about his native soil, the district of Axel in Zeelandic Flanders. Because you just do not feel as connected to anywhere else as the clay where you were born and raised. A lesson that more and more musicians in the Netherlands are taking to heart, since pop music sung in dialect is on the march.

Dieleman’s work is inextricably linked to the place he comes from. For four albums and three EPs he has been singing in Zeelandic-Flemish dialect, about the Zeelandic landscape and the small things in life, that each time bear the great universal themes. For the singer, who was raised as a Protestant, believes that to find meaning in life you must go back to the source. “Connection with your surroundings is essential to feel grounded, I think. And there isn’t a place where you can feel that as potently as in the place you grew up in. A relationship like that can’t really be reached again with any other place.”

But the fact that that relationship is not without pain, guilt and nostalgia is apparent in the first single ‘De groeten’ (Regards) from his new album ‘Komma’. It is a drunken tirade from the Zeeland waterfront, about “all that was familiar and will never come back”. “Zeelandic culture is simply disappearing. Forty years from now it will all be gone. The Zeelandic landscape formed over centuries of various activities – draining, flooding, building a house here, a castle there – has been crisscrossed by all sorts of roads and swept from the face of the earth to build factories. That change has been brutal.”

The Zeelanders themselves appear remarkably unconcerned by the disappearance of their culture. Even in the regional media, hardly any attention is paid to music from Zeeland. “Omroep Zeeland (The Zeeland Broadcasting Company) is really terrible at safeguarding and preserving Zeelandic music. That is sad, I think. They broadcast an hour of music from Zeeland twice a week, mixing everything up, without giving it any thought or structure, and that’s it. At first they didn’t even want to play my music because they thought it was too unintelligible. Last weekend I just happened to have a gig in Terneuzen, but that was mainly for an older audience, that really came to hear the stories. I think the average age was around 55. When I play in Utrecht the audience is much younger.” Nevertheless, Zeeland, just like every area in the Netherlands that is not a part of the metropolitan Randstad area, copes with depopulation, resulting in an inferiority complex and compensated by a strong sense of regional pride. “Luckily it’s not so bad now anymore, but a couple of years ago the trend was that everything had to be Zeelandic. Suddenly all kinds of symbols were dredged up for Zeeland. But the symbols they chose were all so feeble. Typical Zeeland girl’s names, bolussen (a local pastry), that sort of thing. That means nothing to me, of course.” And so Dieleman cannot stress enough that ‘Komma’ is not an ode to Zeeland. “I don’t think that Zeeland is all that special, per se. Regardless of where in the world you zoom in, stories always rise to the surface.

Something he does feel a strong connection with, however, is another Zeelandic archetype: that of the unconventional anarchist who takes matters into his own hands far from the Randstad. Such as Omèr Gielliet, a Roman Catholic priest and sculptor from Breskens who passed away in 2017 and was a kind of muse for Dieleman. ‘Komma’ is named after the shape of Gielliets’ signature. “That was someone who could be so anarchistic precisely because he was in Zeeland. They wouldn’t put up at all with somebody like that in the city.”

The sound on ‘Komma’ is also more international and open than ever before. “That’s true, but it wasn’t a conscious decision. The sound is more a result of the way we were working. And you know, folk music has always been extremely international. If you check out the melody lines in the Dutch Song Database, you will find they come from all over the world. All folk music is connected, and has been for centuries. That’s not new at all. Now we have the internet and so it’s easy to draw lines all over the world. But that influence has always been there, it all stems from the same foundation. After all, our own Bible even comes from the Middle East.”

Dieleman is part of a small, but extraordinary new generation of musicians who sing in their local dialect. A remarkable development, since over the past few decades singing in dialect had been having a bad name. Whereas the Dutch mainstream media still only pay attention to such established bands as Normaal or Rowwen Hèze, underground musicians like Meindert Talma, Harold K, Zea, Marlene Bakker and Joeps Kapel have quietly been rediscovering their own dialect or regional language as an intimate, deeply personal way in which to express themselves.

An example of this is how Arnold de Boer, alias Zea, made a stripped down, intimate record in 2017 after the death of his mother, in Frisian – the second official language of the Netherlands. “The English language quickly proved totally useless as a way to express myself,” says De Boer. “I automatically wrote lyrics in my mother tongue, Frisian. It was as if a door opened to a room in my house I didn’t even know existed. I could make music that way, but different than I had done before; stripped down, more direct, more emotional and personal.” De Boer plays all over the world, both as a solo musician and with the band The Ex, and always includes songs sung in Frisian. “I play with artists from all over the world who all sing in their own language and for whom the words ‘regional language’ or ‘dialect’ are totally irrelevant. The variation in languages is not a ‘punishment’ as Christianity teaches us, but an endless source of variation and inspiration.”

Unlike Dieleman, De Boer is quite pleased with the attention that music sung in Frisian gets in regional media: his music is regularly played by Omrop Fryslan (Frisian Broadcasting Company) and there are several festivals for Frisian music. Harold K also can’t complain about the coverage he gets from L1, a radio and television broadcaster with a practically continuous stream of culture and music from the Dutch province of Limburg. But, he says: “It is both a curse and a blessing, because it means you focus more attention to playing in the province.” And he too notices that his audience is younger and more openminded outside of Limburg. Remarkably enough, after a number of albums in standard Dutch, he found himself encouraged to sing more in dialect mainly by audiences outside of Limburg. “That is also the difference with the previous generation of pop musicians who sang in dialect: we no longer have to fight for recognition, audiences everywhere just love it. But I also notice in myself a kind of urge to fight for diversity. To show: this is also a part of the Netherlands, do not forget that.” And so his latest album ‘Mama Courage” is an ode to the forgotten history of the mining industry in Limburg. Meanwhile, Dieleman already finished the successor to ‘Komma’: in January 2019 he released an album he made together with Wannes Cappelle, a West Flanders singer and front man for the band Het Zesde Metaal, and cellist Frans Grapperhuis. The three of them tour Belgium and the Netherlands. “The two of us sat down at the table and wrote songs. And that went quite smoothly. I even think that Zeelandic Flemish and West Flemish might officially be the same dialect. Whenever I perform there I always say: I speak the most eastern kind of West Flemish there is. They always find that funny. The border runs along the district of Axel, at Zaamslagveer, actually. After that it becomes East Flemish.” 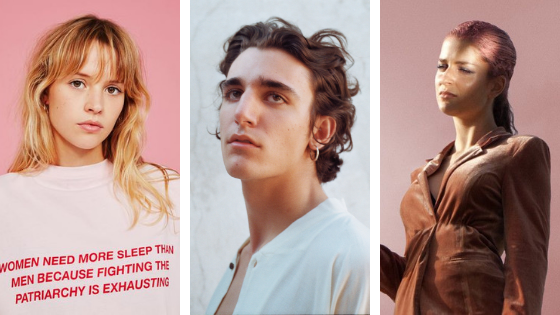