During his speech on National Remembrance Day, Dutch author Arnon Grunberg warned attendees for the dangers of re-emerging racism. But he also caused quite a stir when he said: 'This Remembrance Day is always a warning as well. When they are talking about Moroccans, they are talking about me.' Although Hind Fraihi understands where Grunberg is coming from, she considers the link the author establishes between Moroccans and Jews "a bridge too far".

National Remembrance Day on 4 May, when a two-minute silence is observed on Amsterdam’s Dam Square, is one of the most subdued days of the year in the Netherlands. After all, back in 1944, a large part of the country was anything but liberated in a swift and joyful way. The infamous "bridge too far" disaster in Arnhem caused the allies to lose interest in continuing the liberation. As a consequence, the war dragged on to the bitter end for a major part of the Netherlands, a period marked by a series of excesses including raids, executions, looting and a genuine famine during the winter of 1944-45. Due to the coronavirus, this year King Willem-Alexander gave his 4 May speech on an empty Dam Square. © stills from RTL Nieuws

In recent years, the national commemoration of Remembrance Day held on Dam Square has been targeted by activists who want to lend weight to their demands by interrupting the silence. In 2018, for instance, action group Geen 4 Mei voor Mij (no 4 May for me) planned a "noise protest" to denounce the fact that Indonesian citizens who were killed during ‘police actions’ in Dutch India were not commemorated at this event. This year, however, Arnon Grunberg was wholly responsible for all the fuss. The author gave an impressive speech in the Nieuwe Kerk (New Church), but quite a few Dutch people raised their eyebrows during the following passage:

'And it is perfectly logical that, when we discuss certain section of the populations in a way that reminds us of the darkest days of the 20th century, if that becomes acceptable, sooner or later we will start to discuss Jews in a similar manner once again as well.

In these times of oversimplification, this passage was quickly reduced to a variation of 'Arnon Grunberg equates Moroccans to the Jews in Hitler’s Germany in the 1930s.' One side is convinced he put his finger on the long-standing problem of inherent racism in Dutch society. 'Brave', is how member of the Green party GroenLinks (GreenLeft) Meindert Fennema labelled Grunberg, referring to the avalanche of nasty, insulting, threatening and anti-Semitic emails he received. The other side, however, simply heard an umpteenth provocation and glossing over the facts by a left-wing intellectual and "self-hating Jew" (in the words of Sam Van Rooy, member of Flemish-nationalist party Vlaams Belang (Flemish Interest)). Moroccans seem to be at the bottom of the list featuring the ‘most loved population groups’ in many European countries. © Roel Wijnants / Flickr

So, what is it about Moroccans? They seem to be at the bottom of the list featuring the ‘most loved population groups’ in many European countries. Are they really that much more terrifying than, let’s say, Turkish, Surinamese, Congolese, Indonesian, Russian, Albanian or Chinese people? One impetus for the fear of Moroccans was identified by Leefbaar Rotterdam’s (Liveable Rotterdam) leading man Joost Eerdmans, when, during a televised debate with Grunberg, he referred to the disproportionate number of Moroccan boys who end up committing (petty) crime.

Crime statistics do indeed indicate that the number of times Moroccans come into contact with the police, the law and/or prisons is disproportionate. For his new show Ajouad en de Top 600 (Ajouad and the Top 600), Dutch broadcaster Ajouad El Miloudi follows the lives of youngsters who are part of Amsterdam’s criminal milieu. In this show El Miloudi does not deal with young hoodlums who might swipe a few items from Hema or vandalise a bus shelter. These chaps are involved in what are called ‘high impact crimes’, including robberies, muggings, assault, violent burglaries, attempted murder and even murder, all while still under the age of 21. Many of them are Moroccan, Surinamese or Antillean.

Similar to the rest of the population, the vast majority of Moroccans just wants to live their lives in Belgium or the Netherlands

According to Ajouad El Miloudi, this is caused by the issues these youths face growing up. 'They were often born in large families, and the larger the family, the less attention and guidance each child receives. Moreover, they often live in neighbourhoods where crime is the norm, which makes it easier for them to come into contact with criminal activities', he explained in an interview with BNNVara. That brings us to another point we need to discuss, i.e. the importance of family planning within a certain group of the population. As well as the lack of decent housing for this group. In order to take the sting out of this, you do not have to draw a parallel with the 1930s. By the way, some Moroccans tend to be anti-Semitic. And that might sound odd, because both Jews and Moroccans are in fact Semites. Still, to give a paraphrase: when some Moroccans talk about Jews, they are actually referring to beasts.

Racism and anti-Semitism never occur in only a single population group. However, problematising people will never solve anything. Our view of the other person should be multi-faceted. That way, we will be able to see that, similar to the rest of the population, the vast majority of Moroccans just wants to live their lives in Belgium or the Netherlands. They just want to work, have fun, love. Preferably without causing or experiencing too many problems. The concept of the so-called "kut-Marokkaan" (cunt Moroccan) is magnified because of what you might call reductio ad extremum, meaning the larger group is being reduced to one of its excesses. Comparable to if you were to call all Flemish or Dutch people racists because parties such as Vlaams Belang en Forum voor Democratie (Forum for Democracy) or Partij Voor de Vrijheid (Freedom Party) get a lot of votes. Along those same lines, all Moroccans are indeed criminals.

In that case, thé Moroccan is no longer regarded as a complete and multifaceted human being. Moreover, social media and its extreme degree of anonymity give rise to further dehumanization. The Moroccan becomes a nameless and faceless source of irritation. A bad version of us. And, for that reason, he or she is presumed guilty in advance.

Arnon Grunberg draws a parallel between the current contempt for Moroccans (but also asylum seekers, Muslims, and basically all immigrants) and the danger of a new anti-Semitism that this disdain brings along. As he appeals to us to remain aware of this danger, he refers to the run-up to and the tragedy of the Holocaust. That genocide, however, is too massive, too extreme, too cruel, too recent and too deeply rooted in European history. Suggesting such a link puts paid to any further discussion. Because using the Holocaust in that way offers the rival party the opportunity to fall back on bromides such as 'Concentration camps for Moroccans do not exist', 'There are no laws that exclude Moroccans', or 'Everyone is allowed to go for a stroll in Vondelpark.'

Extermination camp Sobibor did indeed have its roots in Vondelpark, as King Willem-Alexander put it in his speech (insert link to speech on our website), with a small sign stating, 'No Jews allowed.' But the large-scale industrialisation of a genocide and the unimaginable cruelty seen in Sobibor and other camps bears no comparison. It is "a bridge too far", as the allied forces put it. Yet, I do understand Grunberg’s interesting awareness of the entire criminalisation process, as well as the dehumanisation that proceeds it. Part of that process is a view on a population group that is limited to the reductio ad extremum.

It seems that according to the Moroccan population itself there is no such thing as the ordinary Moroccan. Either the fellow Moroccan citizen is inflated to the "first mayor of Moroccan descent" or degraded to "ultimate gangster beyond compare". Between God and the gutter seems to lie a stretch of No-Man’s-Land for Moroccans. This way, he or she is doomed to remain a curiosity, even after sixty years of migration. We need to watch out for that imposed curiosity, and hyperbolic stereotypes. Ahmed Aboutaleb, mayor of Rotterdam, is the first Dutch mayor of Moroccan descent.

This alertness can become more discerning by way of an open discussion, by not only searching the own Moroccan heart, but also by using an appropriate context. That context cannot be the Holocaust, for that is a historic benchmark of unprecedented horror, and therefore far too grotesque to ever be used as a reference. Moreover, it might obscure our view on "problem-Moroccans" even more. After all, absolute lucidity is required when addressing problems, whatever the population group. Within the right framework, no bridge is too far. 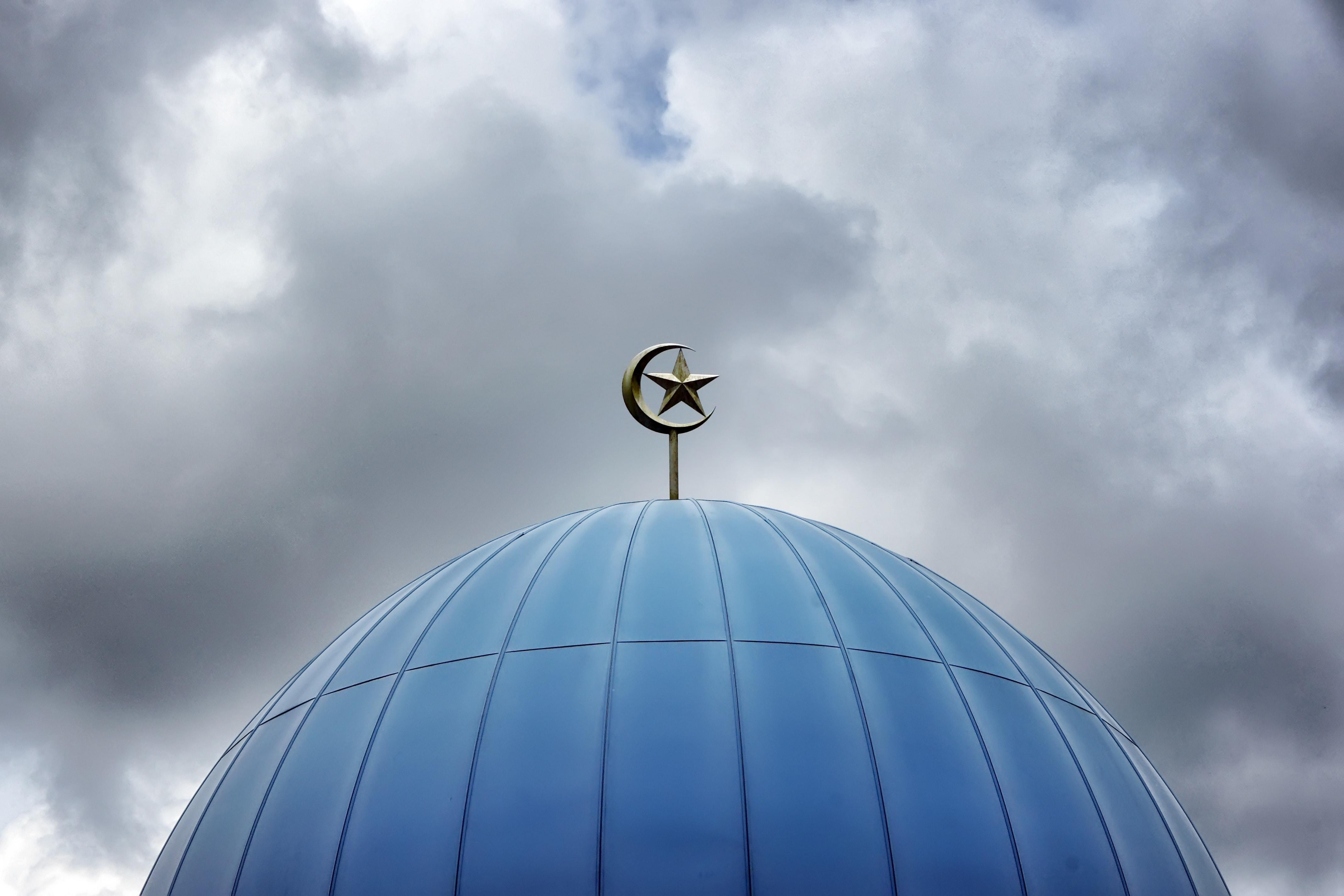 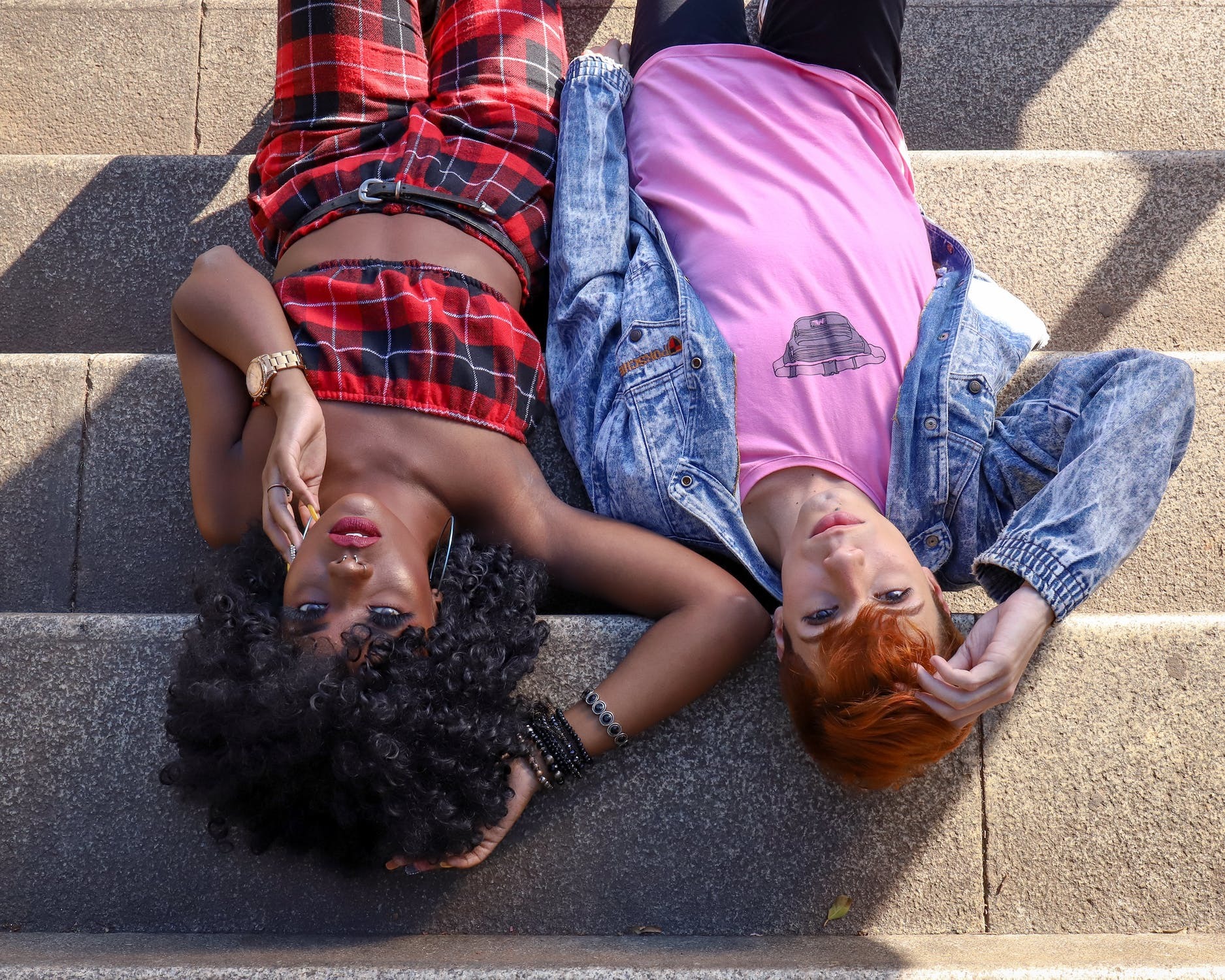 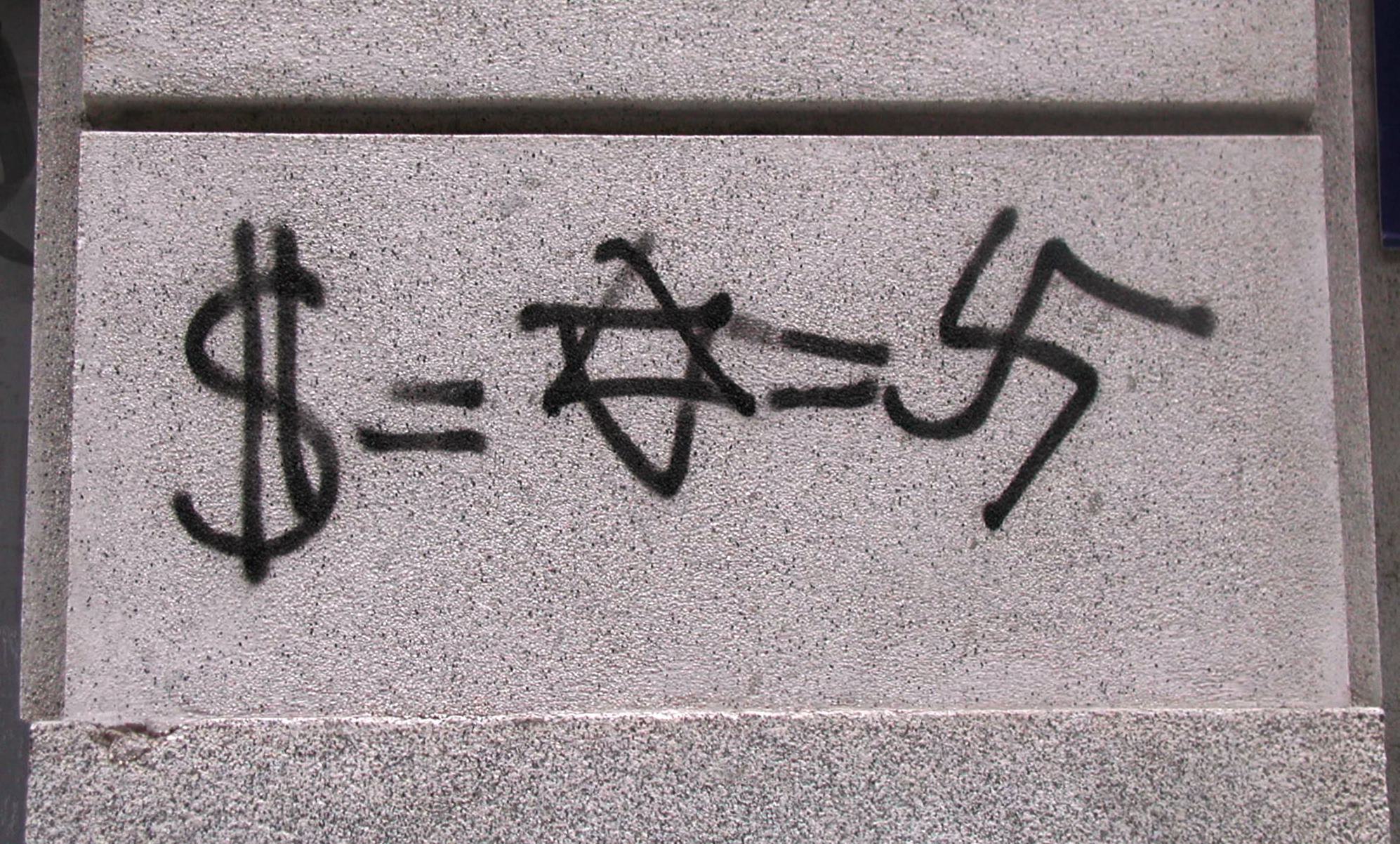 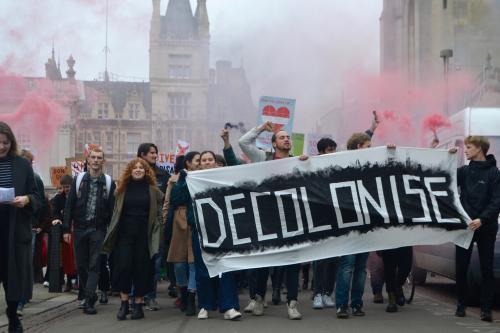 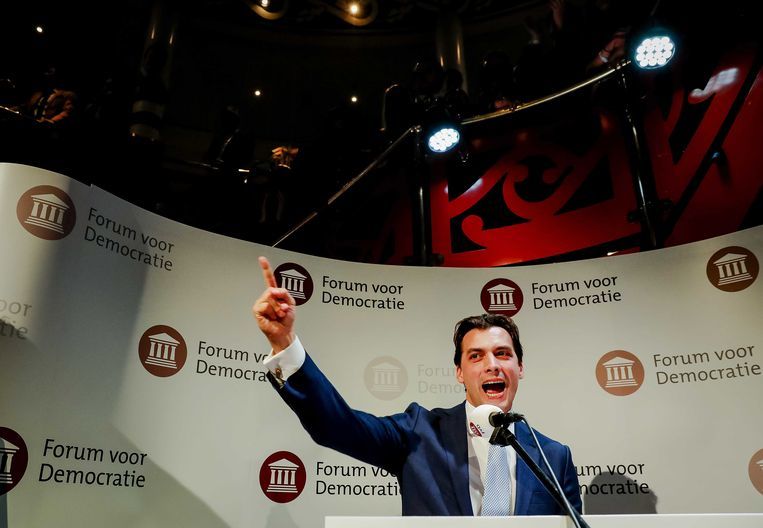 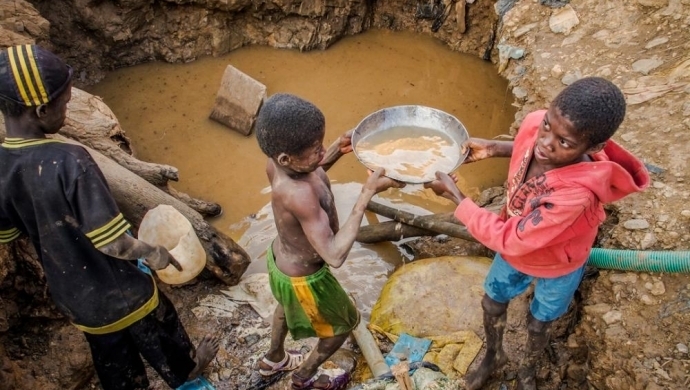 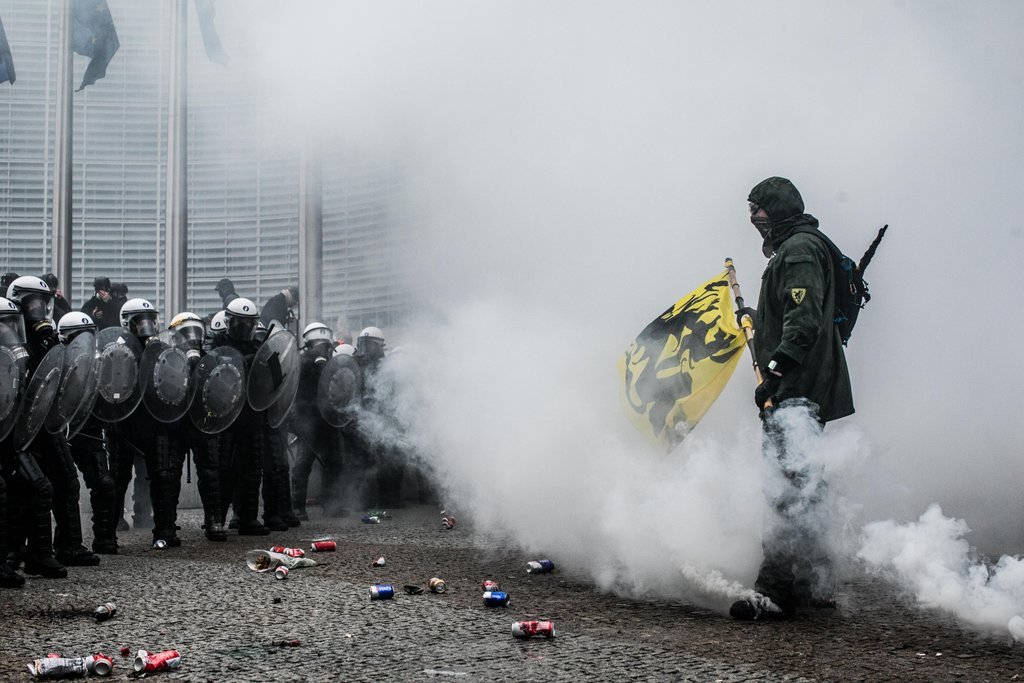