In her second column about the polarisation in society, Hind Fraihi focuses on Muslim extremism, a highly topical subject. She states that foreign conflicts play out on our streets through rudimentary forms of terrorism. European ‘gangster Islamism’ has its roots in the 1990s but, today, the targets have changed: our teachers, the people working to free our youngsters from infectious hatred through education. What lessons can we take away from that? Fraihi believes that we have to face the reality of Islamist street terrorism and eradicate it using both hard and soft approaches.

14 July is a day when French non-believers assemble to celebrate their national holiday: a heathen festival. That narrow-spirited twist of thought almost certainly found fertile ground in the mind of an adept of the Islamic State (IS). All those infidels sitting and chatting on café terraces with a drink or walking hand-in-hand along the promenade. Having fun. And children are always part of the festivities, probably slurping ice cream. Everyone is waiting for the culminating event, the fireworks show, which will be explosive.

And explosive it was. On the holiday that commemorates the 1789 storming of the Bastille – the symbolic kick-off of the French Revolution – ISIS also wanted to make some history with a different kind of storming. In fact, there was no need for explosives. A truck, a new type of battering ram with four wheels, was deployed. On 14 July 2016, the French-Tunisian Mohamed Lahouaiej Bouhlel mercilessly accelerated into the crowd on the Promenade d’Anglais. His storming manoeuvre caused 86 deaths.

This didn’t happen in Fallujah; it wasn’t in some backwater in the Middle East. It happened in Nice. On our streets, in Europe.

And not even six months after the bloodbath in Nice, it happened again. The same modus operandi, but in Germany this time. Anis Amri hijacked a truck and drove it into a crowd at the Christmas market on the Breitscheidplatz in Berlin. Twelve people were killed. And now fast-forward to the following summer, and yet another vehicular attack This time on the Ramblas in Barcelona. More deaths. More Islamic terrorism.

Cheap, fast and preferably with a flat organisational structure. Not even jihad is free from contemporary management hype

Berlin isn’t Bagdad. Nor is Barcelona. We’ve been introduced to explosive-free terrorism just a foot-on-a-gas-pedal away. Although the perpetrators believe in a lofty goal – eternity in paradise – the characteristics of this DIY jihadism are extremely basic: low profile, low tech, low budget. Cheap, fast and preferably with a flat organisational structure. Not even jihad is free from contemporary management hype.

Experienced criminal masterminds who run internationally organised crime gangs have nothing on these two-bit terrorists who get their guns from the online classified adverts. The jihadi pedigree can, as it were, have its socks blown off by an aspiring street terrorist armed with just a rudimentary knife. 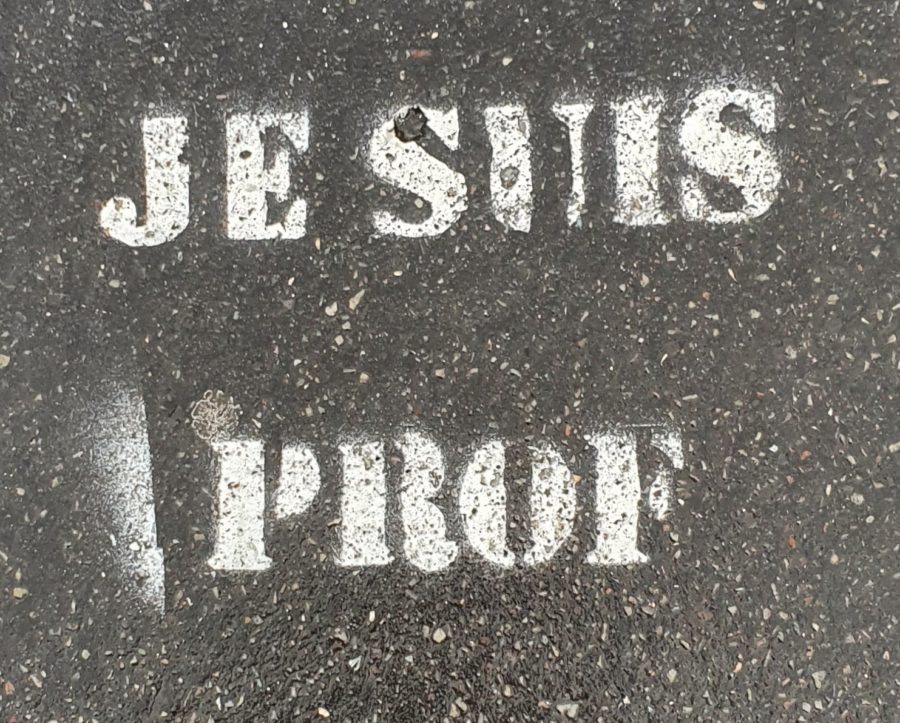 On 16 October, teacher Samuel Paty was beheaded near the exit of the school where he worked by an 18-year old kid from a Chechen background. The murder weapon wasn’t a hijacked truck, but a long kitchen knife. Cheap and easy to get. The weapons are getting smaller and the proximity is shrinking. This jihadi attack did not take place in Raqqa, but in the Parisian suburb of Conflans-Sainte-Honorine, just a three-hour drive from Brussels and less than six hours by car from Amsterdam. The beheading hit Europe hard. But did we really not see this gruesome street terrorism coming? The warning signs have long been clear. And not least in the Low Countries, along the Lille-Brussels axis, where petty thieves do more than just play as extras in gangster Islam – a specific type of crime I defined fifteen years ago, after going undercover in the Molenbeek Muslim extremist community. Recruiters led the jihadist scene as a criminal activity, creating a synergy between banditry and Islam.

It’s the nineties: the Roubaix gang (le gang de Roubaix), the northern French counterpart of Al Qaeda, is undertaking a series of armed robberies. The gang members don’t shy away from violence. Their aim is to finance jihad through an international network organised by the terrorist Fateh Kamel, a mujahedin and veteran of the Afghan and Bosnian wars. From Roubaix, a group of French converts, French-Algerians and -Moroccans who fought in the ranks of the mujahedin brigade in Bosnia are organising the financing of the Islamist cause. The takings from these armed robberies are funnelled through to the war front. Criminal activity and Islamism are intertwined and inseparable. The gangsters condone their crimes by claiming a religious morality of righteousness. Stealing from and committing violence against infidels is legitimised in order to serve the politics of Islam. 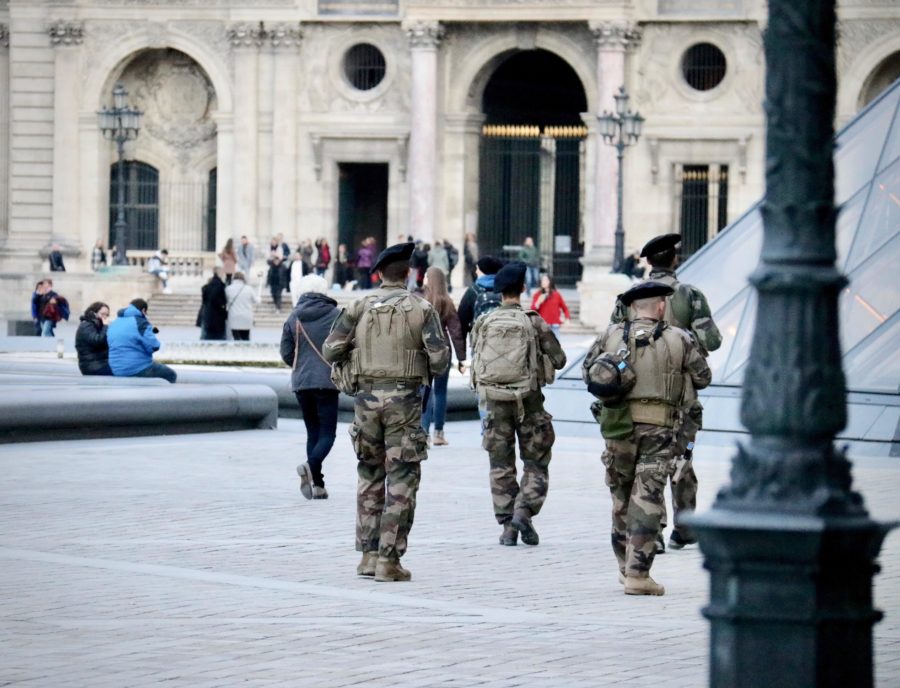 It was the same in Brussels. Petty criminals in the streets or subway stole from the infidels. Some rose through the ranks to become the perpetrators of the terrorist attacks in Brussels and Paris, such as El Bakraoui and Abdelhamid Abaaoud, the kamikaze brothers from Brussels affiliated with the ‘Father Christmas’ (Papa Noël) gang, aka Khalid Zerkani. The following appeared in Het Nieuwsblad shortly after the attacks in Brussels: “Zerkani also had the youngsters commit thefts to finance the struggles in Syria and Iraq: electronic items, cell phones, computers, etc. Spoils of war, according to jihadist doctrine, because stealing is not prohibited in unbelieving countries that are contrary to true Islam.”

That gangster Islam got its start in the nineties is no coincidence. At that time, many militants from the Algerian GIA and the Moroccan GICM, later known as Al Qaeda Maghreb, settled in the Belgian capital and along the northern French border. The exploits of gangster Islam, ranging from street crime to banditry and terrorism, are part of life now. The powers-that-be have averted their eyes long enough. It is shocking that anyone who points out the negative aspects of the Muslim community is called Islamophobic, racist. Right.

Street terrorism inspired by Islam must be tackled with khaki and blue on the street. But also with a rainbow of colours, people of all kinds

Street terrorism inspired by Islam must be tackled with khaki and blue on the street. But also with a rainbow of colours, people of all kinds: “We need a creative court-martial that involves soldiers, artists, hackers, war reporters, anthropologists, Arabists and theologians,” says war photographer Teun Voeten.

In his book Drugs Voeten explains that gangster Islamists and drug criminals have been working together for years. And both Antwerp and Rotterdam are important European transit ports. The drug problem is not just about distribution lines in the Low Countries, but also about street violence and gangs that sometimes terrorise entire neighbourhoods, according to Voeten.

Let that be a lesson so that we learn something from the beheading of a French teacher: do not look away. Identify and combat problems using both hard and soft approaches.

Another lesson is that Europeans don't live on an island. Events with global tentacles creep in on stockinged feet: the wars in Iraq, Syria, the Palestinian-Israeli conflict and the more than dire situation in Yemen. These are not just things happening far away from us. A war-by-proxy returns like a boomerang, turning into a budding war on our streets. Very close to us. We experience rudimentary forms of terror, like knife attacks. The targets, amongst others, are those who want to protect our young people from the infection of hatred, who want to protect them from crime on the street by offering them knowledge.

Teachers are the buffers on the street, the ultimate weapon of mass education

And, as targets? Who better than our teachers? They are the buffers on the street, the ultimate weapon of mass education. They form concrete blocks, not at a Christmas market or a national holiday, but concrete mental blocks against terrorism. It is no coincidence that a head had to roll – literally – and it was not the work of a soloist. And it wasn’t done sloppily, but in fact stemmed from a rather sophisticated strategy.

The war front is no longer only in conflict zones. The classroom is the new battlefield. The banality of this barbarism affects schools, but also places of worship and the very streets where we live. France has been confronted with more than one deadly knife attack in the course of a month. First in the Paris suburbs and then in the seaside city of Nice. There, where the gas pedal was pushed on Bastille Day, people’s throats are being cut. And blood is flowing in our streets.

Hind Fraihi holds the Willy Calewaert chair at the Vrije Universiteit in Brussels (VUB). The chair organises a four-part series of lectures entitled ANTIPODE, which focuses on escalating polarisation driven by the far right, decolonisation, Islamism and climate issues. Each one of those topics is currently a hot potato, which could lead to a social divide, causing one group to become the very antipode of the other. In her four columns, Hind Fraihi zooms in on another antipode. ANTIPODE is realised in collaboration with the August Vermeylenfonds, PEN Vlaanderen, and the Hannah Arendt Instituut.