A new painting by Antwerp Baroque painter Jacob Jordaens (1593-1678) has been discovered at the Saint-Gilles town hall in Brussels. The painting was considered to be a copy for many years, but after research, it turned out to be an original by Jordaens and the oldest known composition of "The Holy Family". The panel will be restored.

For almost 60 years the painting of an intimate scene hung in the office of an alderman for town planning in the town hall of Saint-Gilles. The work was always thought to be a copy of the Antwerp Baroque master Jacob – also known as Jacques – Jordaens.

The painting’s true identity was discovered last year when the Royal Institute for Cultural Heritage (KIK) stumbled upon the canvas during an inventory assignment for the public service urban.brussels. 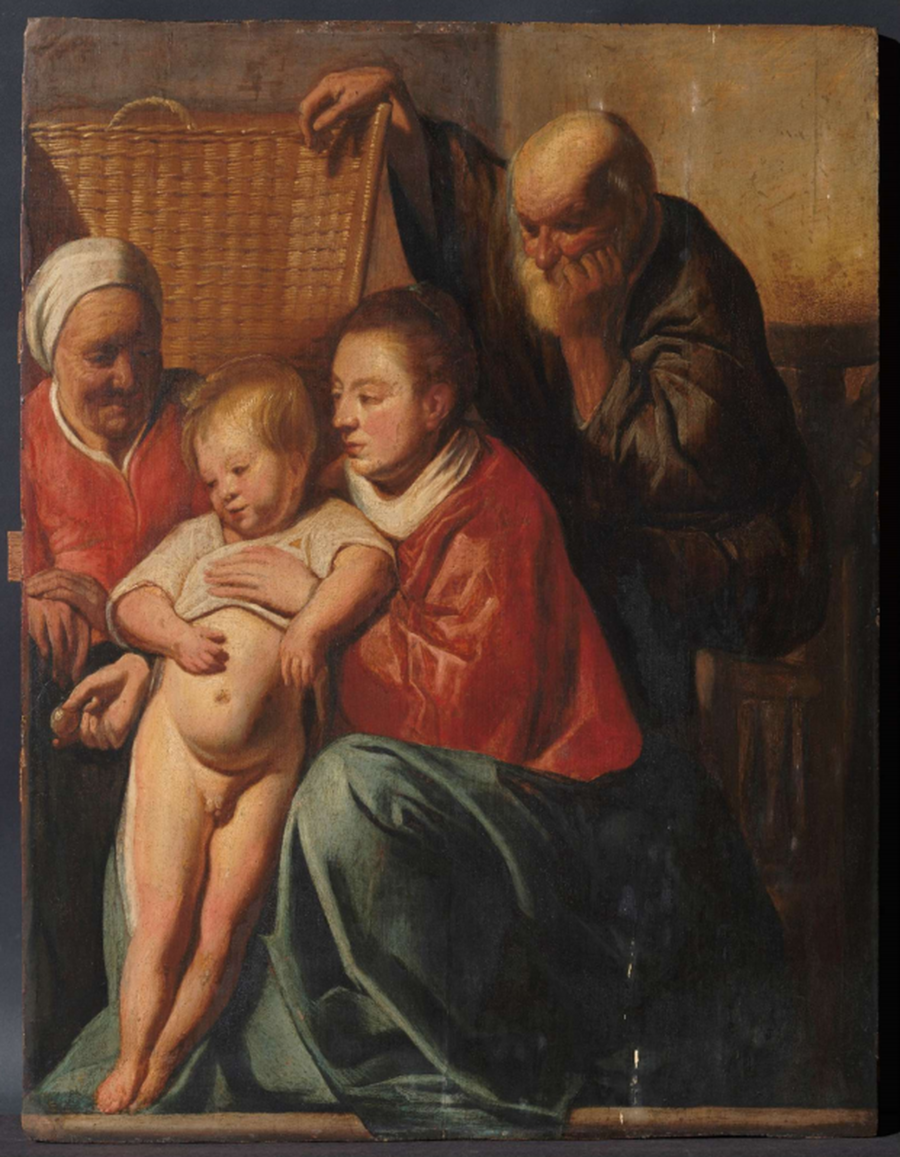 After a thorough analysis, it appears that the panel dates from around 1617-1618.

The analysis even revealed that the wood of the Jordaens panel comes from the same tree that was used in several compositions by Anthony Van Dyck, another Baroque Master. This finding strengthens the existing hypothesis that as young artists, Jordaens and Van Dyck were both active in Rubens’ studio.

The discovered painting is the oldest known version of “The Holy Family”, say the primaeval version. Three other paintings by Jordaens are known with the same composition. These works are now part of the prestigious collections of the Metropolitan Museum in New York, the Hermitage in St Petersburg and the Alte Pinakothek in Munich. 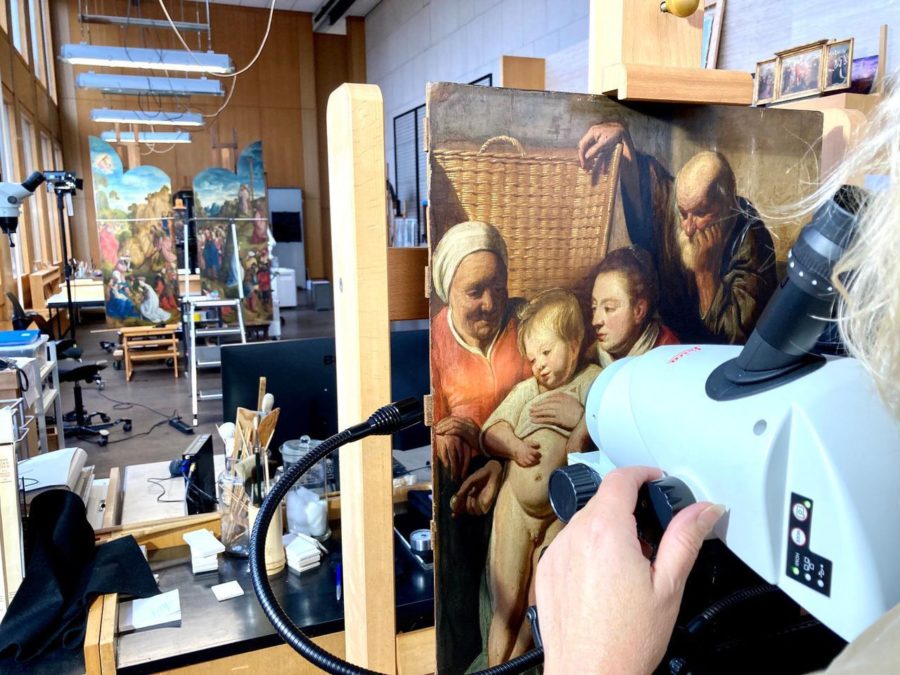 Jordaens was a native of Antwerp who in 1607 started working as an apprentice with Adam van Noort, a painter who also took Rubens under his wing. Together with his contemporaries Peter Paul Rubens and Anthony Van Dyck, Jordaens gave international fame to the 17th century Antwerp painting school. Jordaens is the least known and least studied of these three Flemish Baroque masters.

The 400-year-old “Holy Family” discovered in Saint-Gilles will benefit from a one-year restoration. The yellowed varnishes and darkened touch-ups will be removed, while the backside of the panel will be treated to avoid new cracks in the wood or loss of paint. In addition to the restoration, complementary analyses will be carried out to further develop the knowledge of the working method and painting technique of the young Jordaens. This restoration will ensure the lasting conservation of this masterpiece for future generations.

At the end of 2021, the artwork will be shown to the public with all its original brilliance and vibrant colours at the Royal Museums of Fine Arts of Belgium. There it will find its place within one of the largest Jacques Jordaens collections worldwide.