Cultural Attaché Friso Wijnen in Paris: ‘Keep the Protocols in Mind and They Will Work to Your Advantage’

The Cultural Attaché is a series of interviews by DutchCulture, the Dutch network and knowledge organisation for international cultural cooperation, with cultural attachés of the Netherlands. How do these attachés help Dutch art and culture? What were their expectations when they were posted abroad, and what challenges have they faced? This edition: Friso Wijnen, Embassy Council on Cultural Affairs and Communication of the Kingdom of the Netherlands in France. 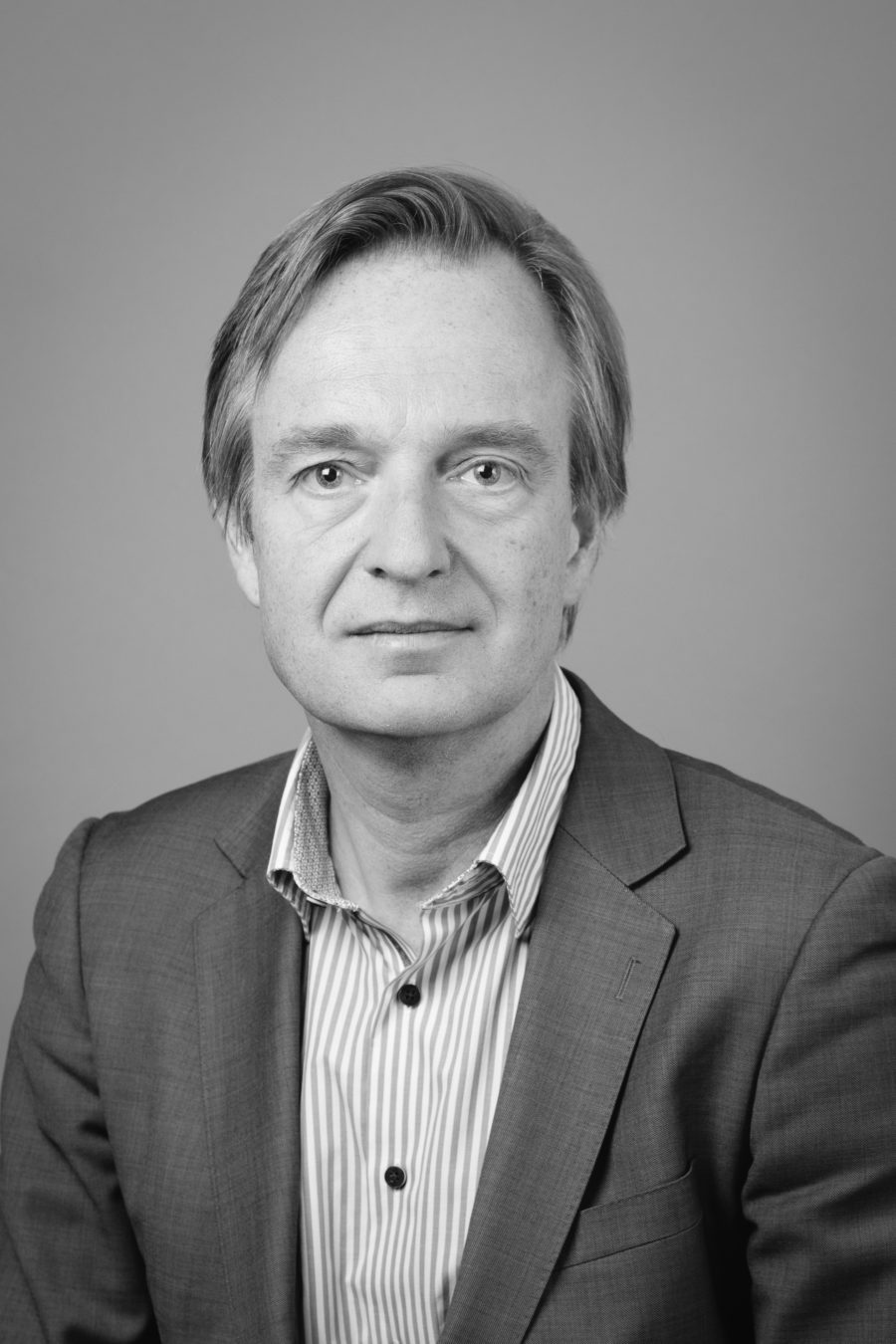 Friso Wijnen, Embassy Council on Cultural Affairs and Communication for the Netherlands in France

Friso, one year ago you took up the post of 'Embassy Council on Cultural Affairs and Communication' (further: cultural attaché) at the Dutch Embassy in Paris. What were your expectations regarding this position?
Friso Wijnen: ‘Paris is a familiar place for me, I visited it many times as a child and during my studies. Nevertheless, I expected that working and living there would enrich my ideas and conceptions about France. This was certainly the case. France is a country the Dutch know well, since it’s a popular holiday destination, but really understanding a country and a culture, that’s something you can only achieve by living there. Moreover, even though France and the Netherlands are practically neighbours, cultural cooperation between our countries isn’t as simple as you might think. Furthermore, I expected that my work would be highly varied. As cultural attachés, it is our mission to connect with institutions in the country. In Paris, the Dutch Embassy has an actual space for cultural entrepreneurs: the Atelier Néerlandais. A place I highly recommend. I have worked as a cultural attaché in Madrid before, but in Paris I manage a larger team with more tasks to oversee.’

When working abroad, one should be sensitive to the fact that people do things differently in other countries

Can you give an example of something that surprised you?
‘It wasn’t a surprise really, but it still struck me that there are indeed many differences in the way people interact in France and in the Netherlands. The customs regarding formality, for example. The Dutch are quick to assume a first-name basis, but in France, the norm is to use the formal vous instead of the informal tu - like “you” and “thee” in English. This politeness is important in France. Even when people seem informal, you have to respect these social customs. If you start calling people tu right when you first meet them, they might feel embarrassed.

When working abroad, one should be sensitive to the fact that people do things differently in other countries. In the Netherlands, we like to think that etiquette is old-fashioned and awkward, but actually it exists to make life easier. The French are very keen on these codes of conduct. So you shouldn’t see these protocols as obstacles. Understanding and employing them will help you navigate and interact more fluently in France and makes it easier to achieve your goals of building new relations and maintaining them. When you are in another country, you are the demandeur – the requester – so it’s worth it to be attentive to the possibility of differences in social interaction 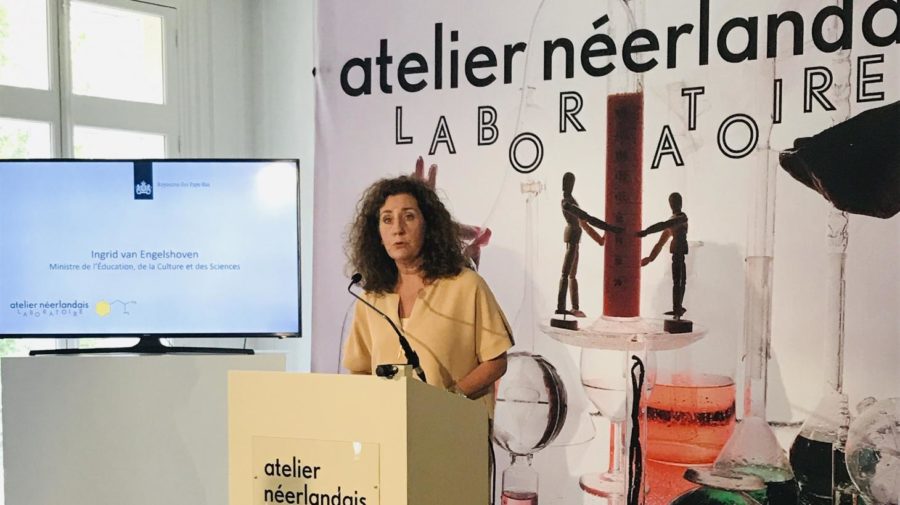 Minister Van Engelshoven (Culture) praises the achievements of the Atelier Néerlandais at its fifth-year anniversary last June in Paris.

About last year: what project or achievement are you most proud of?
‘I was really pleased with a round-table we organised on the International Day of Happiness, 20 March, at the Dutch Ambassador’s residence in Paris. For eight years now, the United Nations has published the World Happiness Rapport. While France is at number 25 or 30, the Netherlands is always in the top ten. This is also the case with other Nordic countries, and that led to the idea to organise a round-table on the subject of happiness together with the Danish, Swedish, Norwegian and Finnish Embassies. We had an interesting exchange of views with academics, students and journalists.

In Paris we often take cultural initiatives together with other countries, because in Paris there are so many things going on and everyone is looking for an audience. That means that it is sometimes convenient to work together with other countries and build a common communication strategy. However, we also strive to expand our horizons and focus more on what we can do beyond Paris. It is very easy to fall into the trap of concentrating on Paris completely, but the competition in Paris is tremendous, so it is worthwhile to look at opportunities for the Dutch cultural sector in other cities as well.’ 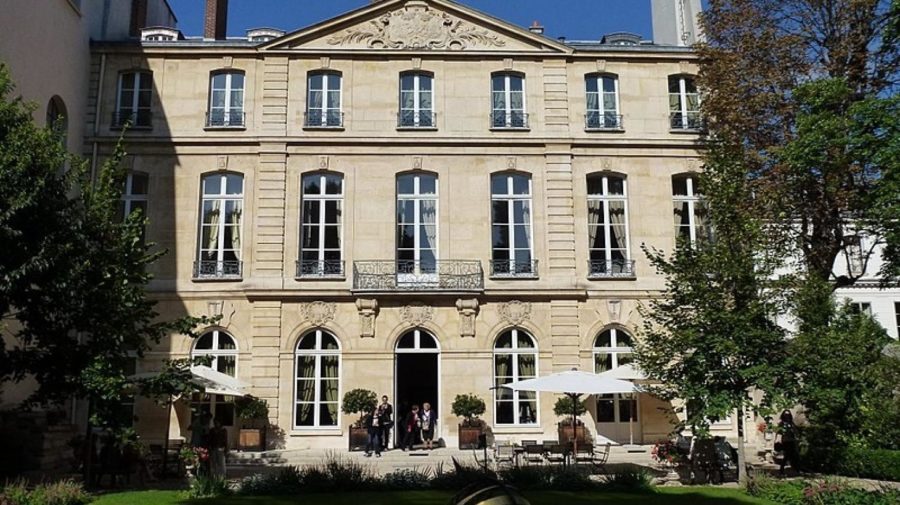 How about Netherland branding; is that part of the work of a cultural attaché?
‘It is certainly one of the things we do. It is important to create a cultural network in the country we are stationed in that Dutch artists can use. We build relations within the cultural infrastructure and provide a platform for them. In doing so, we facilitate cultural exchange, and through that exchange we also try to increase attention for the Netherlands.’

How does that work in practice - how do you discover opportunities in other cities?
‘For us, the starting point is to investigate where the interests of a given city lie and to find out what kind of things it is already organizing. Take Marseille, for example. Marseille is an interesting region in itself, but what makes it extra attractive for the Embassy is that Manifesta (the European Nomadic Biennale) will be held in Marseille in 2020. So, taking such major events as a starting point, we take the initiative to meet with the city council and with cultural institutions and ask them what they are interested in and whether they would consider a focus programme on the Netherlands during that period. If they are enthusiastic about the idea, we take that information back to Dutch cultural funds, because we need partners in the Netherlands. Not only for funding, which is of course important when you want to undertake activities, but way more important is that the Dutch partners see a real cultural interest for the Netherlands in the project

The competition in Paris is tremendous, so it is worthwhile to look at opportunities for the Dutch cultural sector in other cities

What are you most excited about in the coming years?
‘Next year we look to Lille World Capital of Design 2020 and the international art biennale Manifesta in Marseille. I also look forward to a potential programme that we are currently exploring, which focuses on youth culture. I specifically see a role there for DutchCulture, namely to come up with a narrative for all our embassies explaining why the Netherlands is particularly strong in the area of youth culture. We take youth culture seriously and address complex themes such as multicultural society, divorce, sexuality, and so on. I see opportunities in France to cooperate on this theme, and so far three cities have shown enthusiasm: Marseille, Rennes and Toulouse. Also, the festival Salon du livre et de la presse jeunesse in Montreuil has expressed interest for a multidisciplinairy programme in 2020.’

Based on what you’ve said about your plans, I get the impression that the reality of your day-to-day work is actually about the future two years from now?
‘That’s correct. When you’re simply organising a single activity, then of course you can make it work on short notice, but in case of a multidisciplinary, cross-city programme, you have to plan ahead. I think it often works better to sort of stick several activities together and create a real event with a large communication campaign. However, local partners should be actively involved to make it a success. Furthermore, if you want to work with educational institutions, such as academies of art or technical universities, they need time to embed the event in their curriculum. Normally that means that it takes two years to plan such events, counting from the first exploratory discussions to the actual event itself.’ 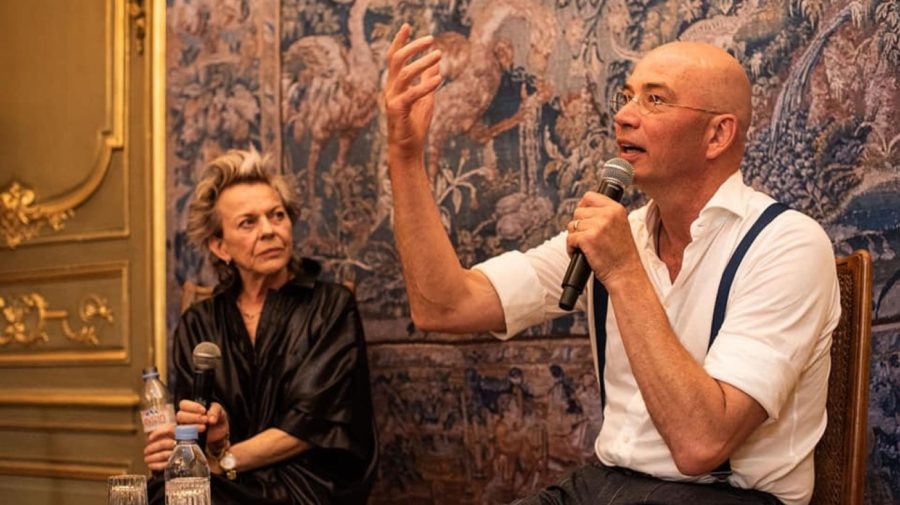 That makes me wonder: do you think the work of attachés has changed in recent years? Has the focus shifted to multidisciplinary events?
'I think the cultural field is changing, and as a result, the work of attachés is changing as well. I also believe it is important not to confine ourselves to the world of the arts. I really see culture in a broader sense: how can we applicate art and culture to face current challenges? In the Netherlands, we are a bit reluctant to attribute a social task to the arts, whereas in France it is much easier to ask a writer not only what it means to be a writer but also to discuss the content of the work and its social critique.'

So what can artist gain from working abroad, in your opinion?
'A great deal! It is inspiring to meet other artists and be in new places, new ideas can take form, you can reach a larger audiences and enrich your worldview.'

I think the cultural field is changing, and as a result, the work of attachés is changing as well

And all these artists going abroad to expand their horizons, do you think that will enhance mutual understanding between countries?
‘I think it helps. We shouldn’t be overoptimistic; we won’t change the world only through the arts. However, I feel that with culture, we can draw attention to certain issues. It is a bit of a cliché, but culture really can build bridges.’

Let’s conclude with a more personal question. Is this job something you always dreamed of?
‘Ha ha. I was very happy when I was appointed as cultural attaché in Madrid. So when I left there, I always thought I would like to do this job again somewhere else. I really think it’s a privilege to be a cultural attaché, and living and working in Paris, it’s wonderful.’