In the series Babel in the Low Countries, editor-in-chief Luc Devoldere contemplates the way we use language today, but just as easily delves into the past to consult with historical figures and writers who stand guard over language. In this article he pays tribute to the multilingual Emperor Charles V.

An interesting case to illustrate the complex – or even hybrid – linguistic situation in the Low Countries at the dawn of modern history, is that of Emperor Charles V. Born in Ghent in the year 1500, he was said to pray in Spanish, converse with women in Italian, speak to men in French, and address his horse in German. Until the 19th century we come across various versions of this early legendary anecdote, which originated in the 17th century. 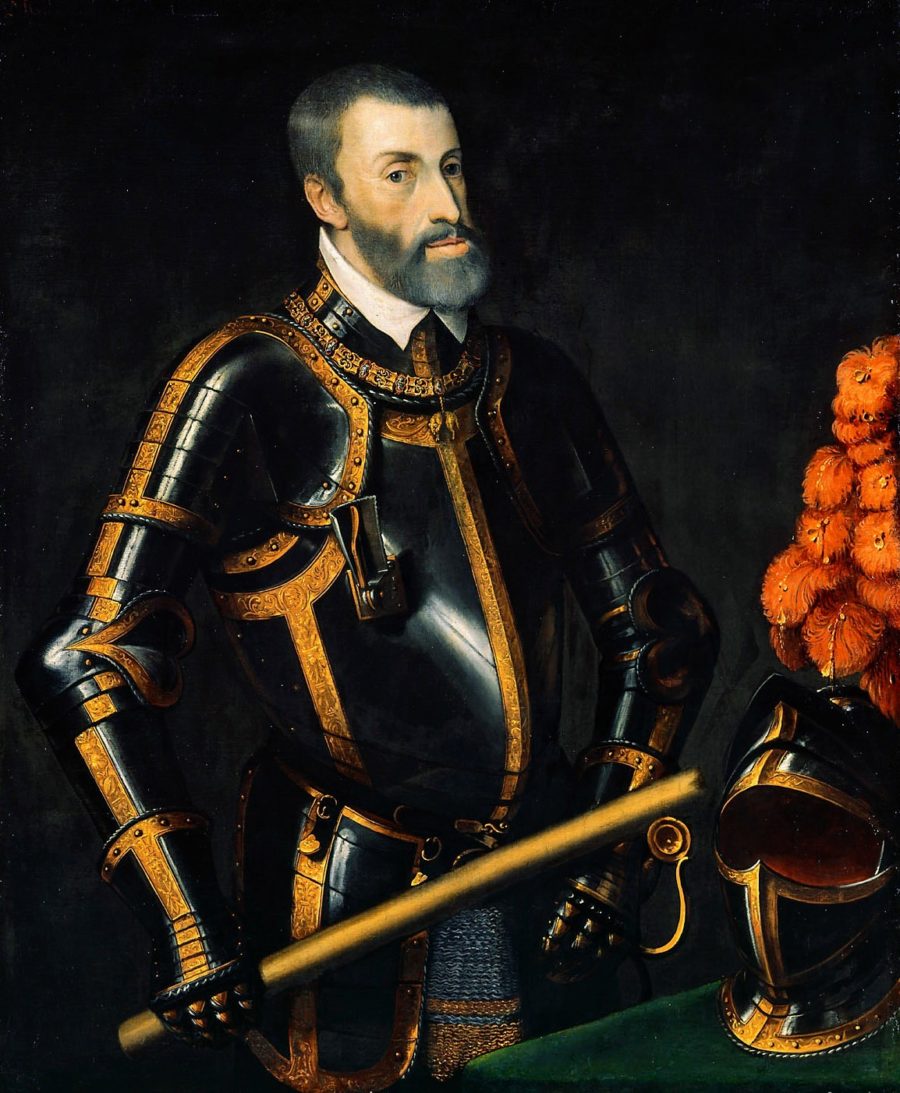 It should not come as a surprise that Charles spoke French. After all, people had already been speaking French in the Low Countries at the courts of the Counts of Flanders. The House of Burgundy introduced the language once and for all as the language of the political elite, particularly in the Southern Netherlands. In Belgium, this would remain the case until late into the 20th century.

Charles also relied on the French language when he exchanged letters with his sisters, with high-ranking officials and with his mentor Guillaume de Croÿ, lord of Chièvres. Moreover, he wrote his memoir in French and, as his life drew to a close, he was granted permission by the Inquisition to read the Bible in that same Romance language.

Castilian Spanish was spoken in the kingdom on the Iberian Peninsula, which had been under Charles’ reign ever since he was sixteen years old. It was there he would eventually take his last breath. In Italy, he reigned over Milan and the surrounding Lombardy region, Naples, Sicily and Sardinia. It appears that he had a higher level of Spanish than of Italian, and it seems he was more proficient in both of those languages than he was in Latin.

Charles spoke Brabantian during his younger years in Brussels, Louvain and Malines

In the Central European part of Charles’ Empire, where the Habsburg Monarchy ruled, a written language of government was developed, which forged a Schreiballianz with the written language of the regions of Saxony, where Luther worked. Luther would eventually translate the Bible into this language, which would later come to be known as Hochdeutsch. It remains debatable whether Charles actually spoke this so-called ‘High German’, or even differentiated between this language and the Brabantian he must have spoken during his younger years in Brussels, Louvain, and especially Malines. 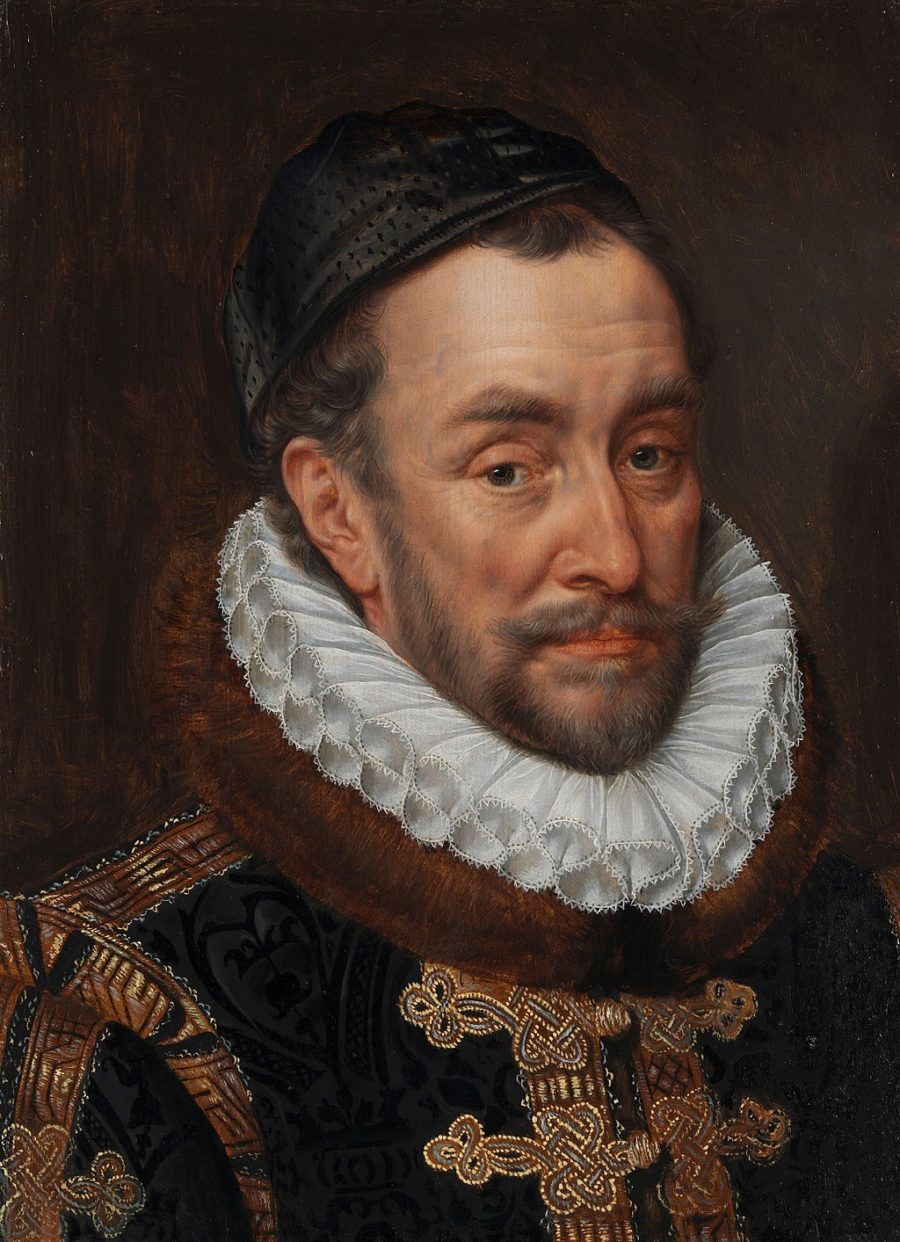 Portrait of William I, Prince of Orange, by Adriaen Thomasz Key, 1580 © Rijksmuseum, Amsterdam

The Duchy of Brabant gained power and prestige, due in part to Bruges and Ghent falling into disrepair and the rise of Antwerp. Still, people continued to refer to the region’s language as ‘Flemish’, owing to the time-honoured prestige of the county remaining intact. For one, Guicciardini uses ‘Fiandra’ as a pars pro toto for the Low Countries in his Descrittione di tutti i Paesi Bassi, altrimenti detti Germania Inferiore (1567). Moreover, in the 16th century, the term ‘fiammingo’ was used on the other side of the Alps to refer to someone whose origins could have lied in Arras (which, today, is part of France), Amsterdam, Namur, Maastricht and Cologne.

Yet again, the name was employed as a part to represent the whole, as Flanders continued to be associated with economic prosperity and cultural appeal. Then again, we know that William of Orange could hardly speak a word of Dutch. He grew up speaking German, and from the age of ten onwards, he was raised in a French-speaking environment. Therefore, it seems quite possible that he spoke his final words – if he spoke them at all –, i.e. “Mon Dieu ayez pitie de mon âme; Mon Dieu ayez pitie de ce pauvre peuple”, in French.