Tessel Veneboer: A moralist and a philosopher look at a portrait of a revolutionary

Eighteen young Flemish and Dutch authors bring an artefact to life from the Slavery exhibition at the Rijksmuseum in Amsterdam. Tessel Veneboer wrote a dialogue in response to a portrait of Toussaint Louverture, leader of the Haitian independence movement during the French Revolution. 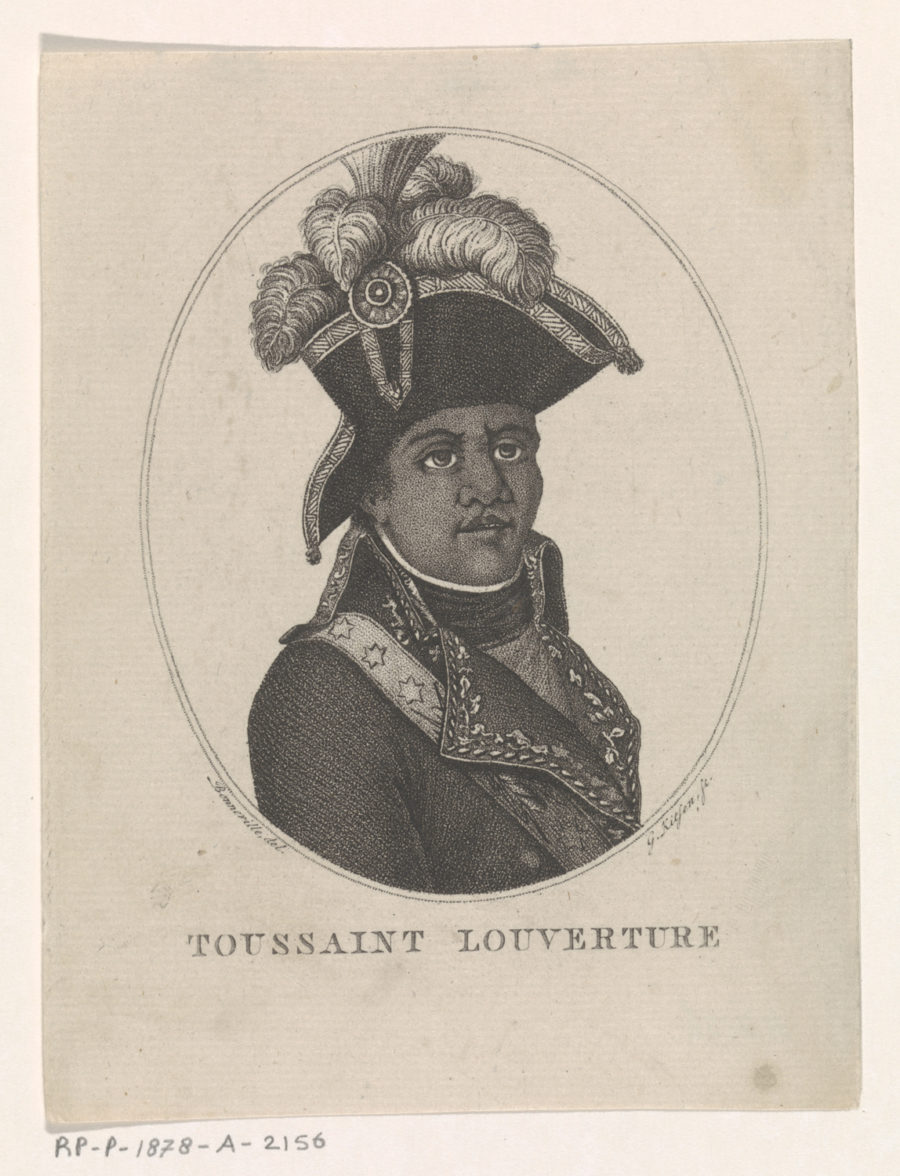 That’s quite the get-up, that uniform. You can almost see the colours.

And those feathers! There’s something about it, don’t you think, the audacity of an outfit like that?

Of course he was audacious, he was a man with power, great power in fact. He was responsible for the first and only successful slave rebellion in world history, which is extraordinary. A charismatic man, by all accounts. The grandson of an African king, he was enslaved and after he’d managed to purchase his freedom around the age of thirty he took charge of a coffee plantation.

What do you mean? A plantation with slaves?

Yes, the plantation came under his ownership, slaves and all.

But hold on, I thought he was responsible for abolition?

True. But it goes without saying that he couldn’t do anything until he’d acquired some power. As a plantation owner he began to believe that he could become a very important man, that he could even play a heroic role in Haiti’s future. That’s what power does to you, it gives you confidence, it makes you over-confident.

So what you’re saying is, he was dodgy. He acquired his power in a problematic way. That’s not okay.

I’d say his principles were flexible.

Oh come on, how can you have ‘flexible’ anti-slavery principles? Either you’re against or you’re not. Being a slave owner is dodgy if you ask me.

I’m not saying he was a saint, but he was certainly a hero. A great hero. That rigid distinction you’re trying to make between right and wrong does not exist; not now and not then. Whoever you are, whatever you do, power corrupts, we all know that.

Whoa, you and your grand statements.

Not really. Besides, Louverture acquired his power only because colonial France gave him that power. So it’s not as if he was a man with absolute power. Any form of power is dependent on others.

I don’t know about that.

Toussaint Louverture is an interesting case. He was dominated and in turn dominated others. Perhaps it was this double-edged experience that enabled him to become such a great revolutionary; he understood the workings of power.

I wonder if that extravagant hat with feathers was his own choice? As affirmation of his power?

Well, yes, what are we to make of this, the man who derives status from his hat? It’s a familiar trope from art history: the man as all-powerful commander, living and breathing authority. Projecting power by wearing a hat isn’t that easy for us women. Yet at the same time, we exercise power by directing our gaze at this voiceless portrait and drawing our own conclusions.

Who says it was his choice to be portrayed with that hat?

The question of who has what power and when is an increasingly complex one. Or at least as complex today as it was in previous centuries.

True. It may be difficult to determine who does or doesn’t have power, but at least we can analyse power. With or without extravagant feather hat.

Veneboer exchanged Amsterdam for Brussels years ago in order to pursue her studies. Previously a programmer at International House of Literature Passa Porta, she is now a doctoral student at Ghent University. She publishes extensively about literature and art for the likes of the Nederlandse Boekengids (Dutch Review of Books) and contemporary art magazine De Witte Raaf.