In her debut novel Lam (Lamb/Lame, 2018), singer-songwriter Hannelore Bedert paints the portrait of a strong woman, one who has suffered hard knocks but still struggles through life with her head held high.

In Flanders, Hannelore Bedert has for some time been known and loved as a singer-songwriter. But her first love has always been literature. When her music faltered and Bedert found herself on the brink of a burn-out, she locked herself in her garden studio for a few hours a day to work on a novel.

She was well aware that her first book would meet with quite some reserve from her critics: they’d probably put her debut down with comments like “the singer who also wrote a book”. Which is why she went looking for someone who could identify her faults and shortcomings. She wanted to do everything to deliver a good book, a novel that would be judged by its merits and its quality, and not on the past achievements of its author.

In her quest to find a stern but fair editor she arrived at Wil Hansen, the tried and tested editor of writers such as David Van Reybrouck and Stefan Hertmans. After reading her first draft, he agreed to interrupt his retirement and turned out to be exactly the uncompromising eye that Bedert had desired. 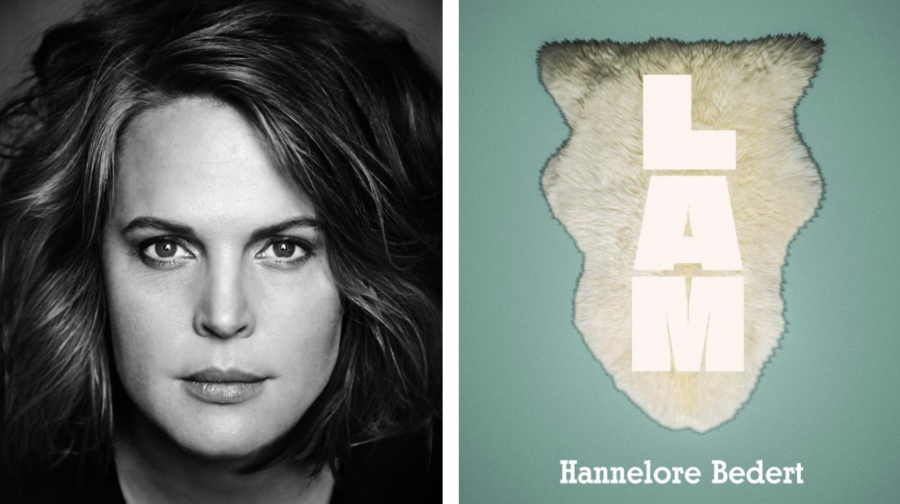 She knew that Hansen would not mince his words, but still, for a polite girl from West Flanders, his direct Dutch criticism sometimes made her flinch, as she duly acknowledged during a discussion at Boekenhuis Theoria in Kortrijk: “I had asked for it, however. I didn’t want someone to tell me how good I was, rather I wanted someone who would improve my writing”.

Hansen is known as an editor who prefers a well-constructed storyline over writing of autobiographical inspiration. And this too was to the liking of Bedert, for she did not want to be accused of navel-gazing. That is why she opted for a story that was far from her own world, choosing a heroine that would not resemble her in the slightest.

Looking for love and affection

In the first few pages of Lam we meet Lucia, a floozy, who is at home, trying to drown her burn-out in booze and sex, when she receives a phone call announcing the death of her father. She hasn’t seen him for ten years, not since she left the village in which she grew up. It slowly becomes clear why this is. When she was six, Lucia’s mother disappeared from her life. Lucia waited for her in the car while she went into the local supermarket, except that her mother never returned. Father and daughter were barely able to talk about their loss and their grief.

Naturally, Lucia must return to her hometown to bury her father. And so we come to know more about why the two found it so difficult to talk about Lucia’s missing mother. Through the turns and twists of this quest, slowly but surely, we learn a lot more about Lucia, who has had her share of hardship. Each time she went looking for love and affection, she got burned; and her mother’s disappearance would not be the only time she lost someone.

Sad, but not heavy

A debuting author on the brink of a breakdown, who mulls over weighty themes such as death and loss – it could easily have ended in a pool of unpalatable misery. But this is not the case at all. In precise sentences and pointed dialogues, Lucia emerges as a resilient woman who makes the most of her situation. Taking matters into her own hands, she bounces back from her misfortunes, ear-splittingly expelling the lump from her throat, so she can finally live her life as she never could before. All this makes the book less heavy than its themes might lead one to expect. There is some comfort in the fact that a woman who hasn’t been well-treated by life can still find the courage and confidence to go forward full-throttle.

Read some excerpts from Lam (Lamb/Lame) below, as translated by Paul Vincent.