The Strange Art of Pieter Bruegel

Walking through Brussels, sooner or later you will come across Pieter Bruegel the Elder and his enigmatic art. Derek Blyth would join you in a minute.

A curious bronze statue was placed outside the Kapellekerk in Brussels in 2019. Created by the sculptor Tom Franzen, it shows the bearded artist Pieter Bruegel the Elder sitting at his easel while perched on his shoulder is a monkey wearing a funnel as a hat. Unveiled to mark the 450th anniversary of Bruegel’s death, the statue neatly captures the artist’s weird sense of humour. 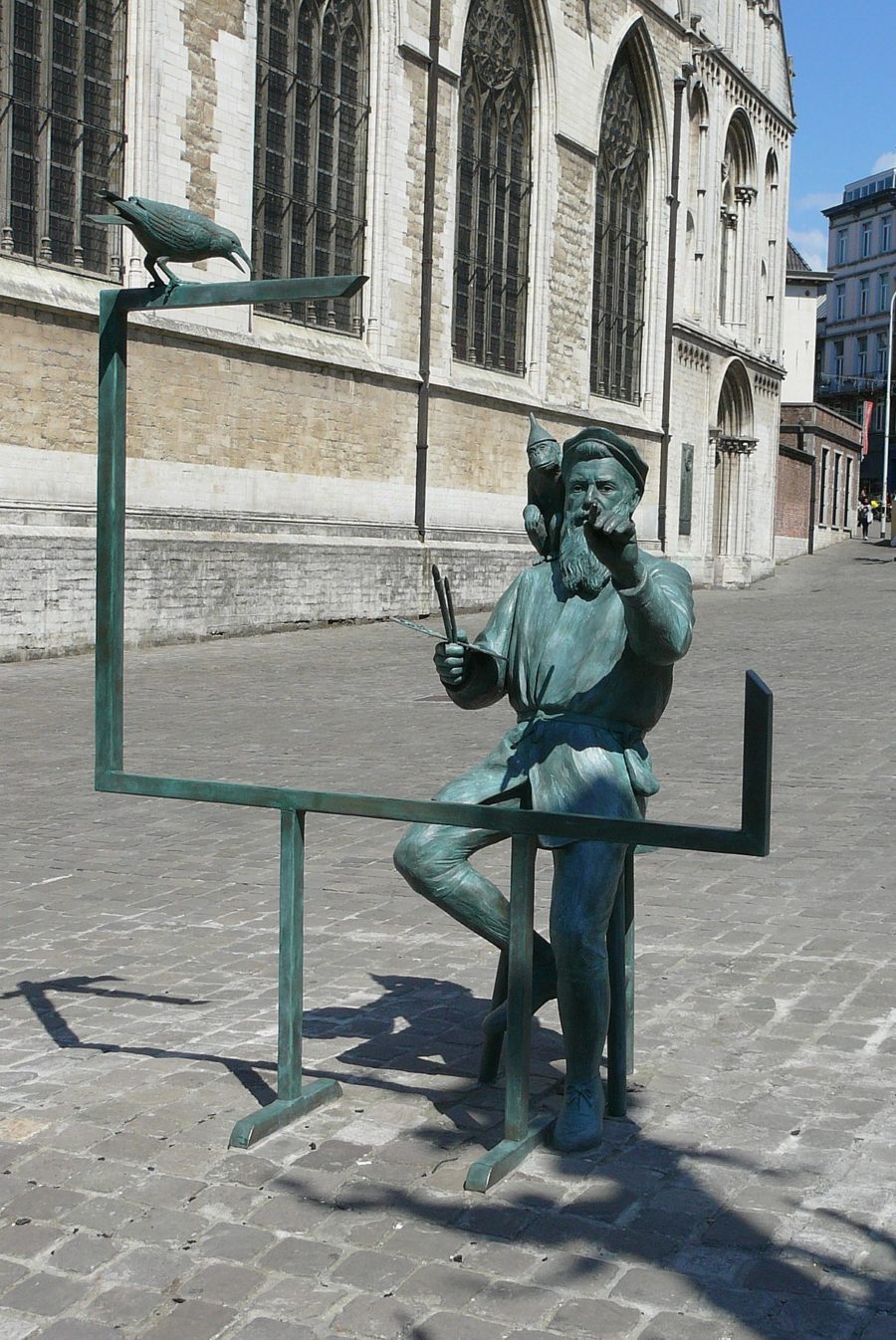 Sculpture of Pieter Bruegel the Elder by Tom Frantzen © Wikipedia

We don’t know much about the artist who called himself Pieter Brueghel. He was born Pieter van Breda in the village of Brueghel, near Breda, between 1525 and 1530. At some point, he began working in Antwerp in the print workshop run by Hieronymus Cock. He then moved to Brussels, married his teacher’s daughter in 1562 and died seven years later.

His name has caused endless confusion, as he changed it at some point to Brueghel and then started to sign his works Bruegel (no h) in 1558. Bruegel’s sons and grandsons (many of them artists) just added to the confusion. The sons went back to the old spelling Brueghel, while the grandsons used the shorter Bruegel. And, just when you think you have got it, you discover that Pieter Brueghel the Younger spent his time copying his father’s paintings, so it can be difficult to separate the copies from the originals. 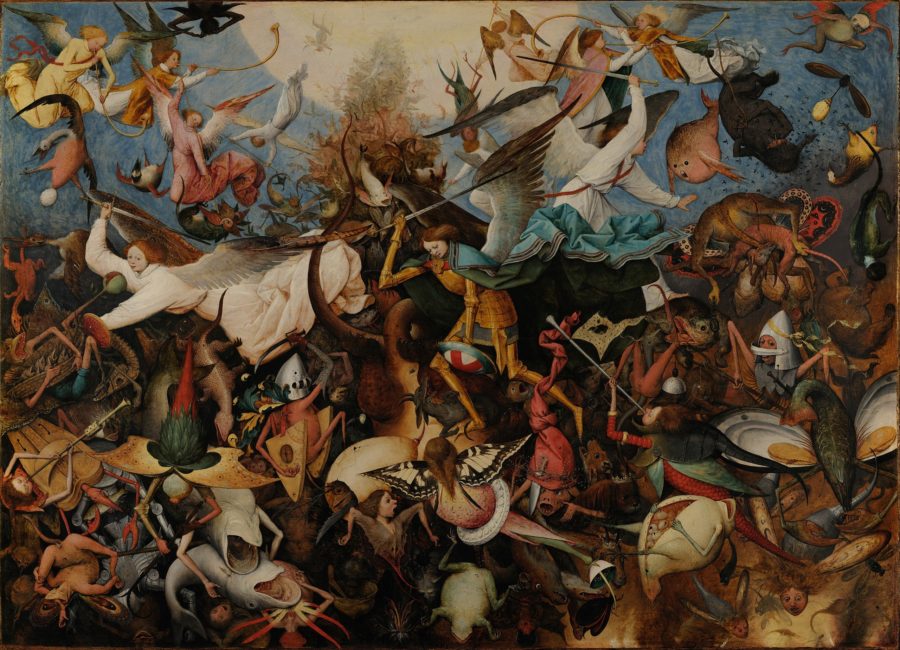 Pieter Bruegel the Elder, The Fall of the Rebel Angels, 1562 © Royal Museums of Fine Arts of Belgium, Brussels

His name is attached to about 45 paintings and 65 drawings, although only a few works remain in Belgium. His painting The Fall of the Rebel Angels is in the Fine Arts Museum in Brussels, while the menacing Dulle Griet (Mad Meg) is in the Mayer van den Bergh Museum in Antwerp. But the most famous works – like The Wedding Feast and The Tower of Babel – are in foreign collections. 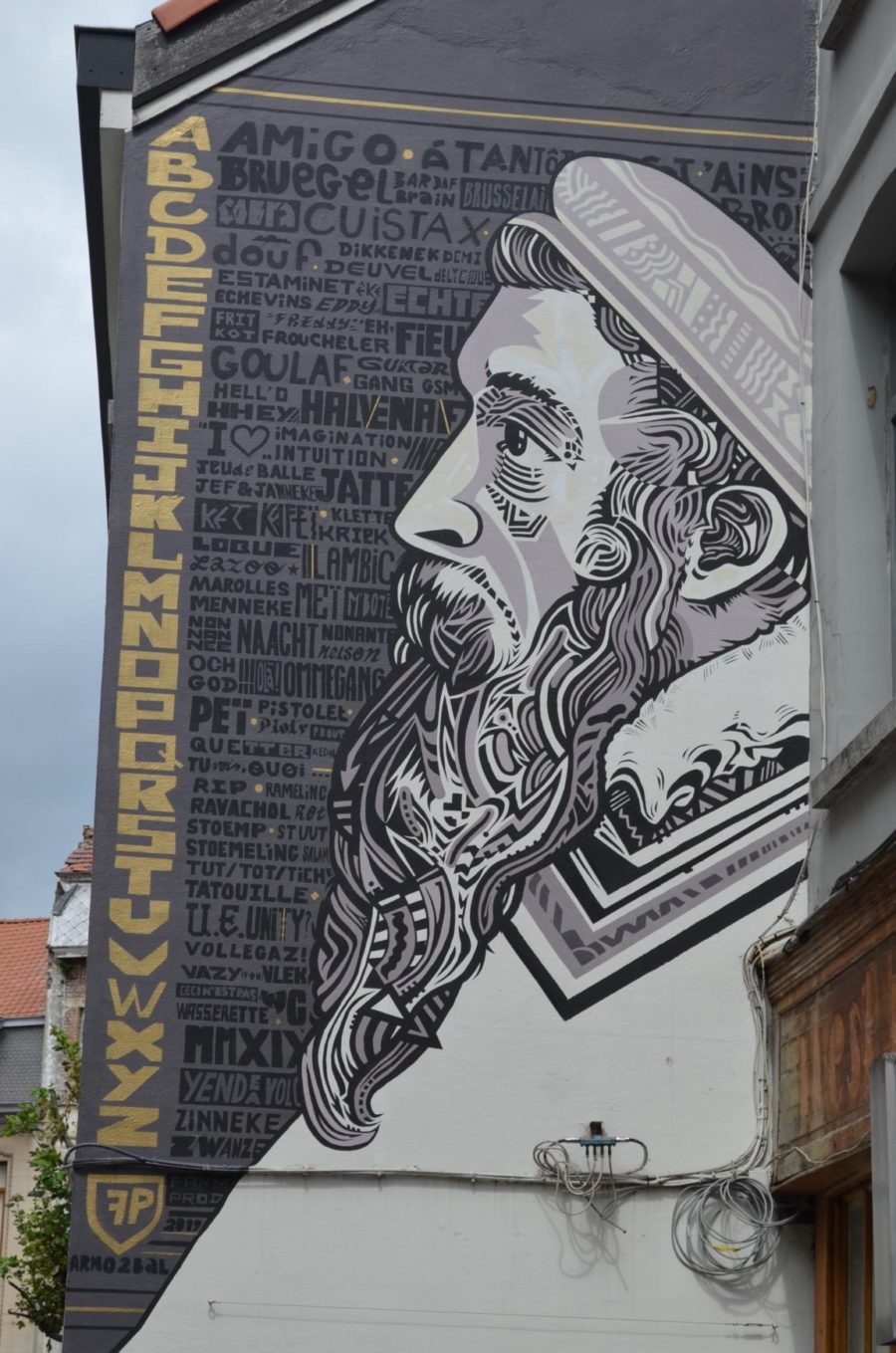 To mark the 450th anniversary of his death, a Bruegel street art trail was created in the Marolles district of Brussels. The works include a large version of his self-portrait near the old market and an updated version of Landscape with the Flight into Egypt that reflects the migrant crisis.

The Lure of the Amsterdam Ferry

How the Bicycle Became a Family Car