The Zeeland Slavery Monument: Sober Reminder of an Inhuman Trade

The Zeeland Slavery Monument reminds us of the important but inhumane role the city of Middelburg played in the Dutch slave trade.

It takes some searching to find evidence of the trade that turned Middelburg into the second most important city in the Netherlands. It is still something of a guilty secret, but Middelburg grew prosperous from the slave trade. In the eighteenth century, ships of the Middelburg Commerce Company, the MCC, carried more than 268,000 African slaves across the Atlantic, returning to the home port with holds filled with sugar, tobacco, cotton and cocoa beans.

But you find little evidence of this trade in Middelburg, apart from Hedi Bogaers’ simple granite Zeeland Slavery Monument unveiled in 2005. The work stands on a little square called Balans overlooked by the former headquarters of the MCC. It is composed of four pillars, two white and two black, separated by a thin red band, symbolising black and white people who share the colour of their blood. 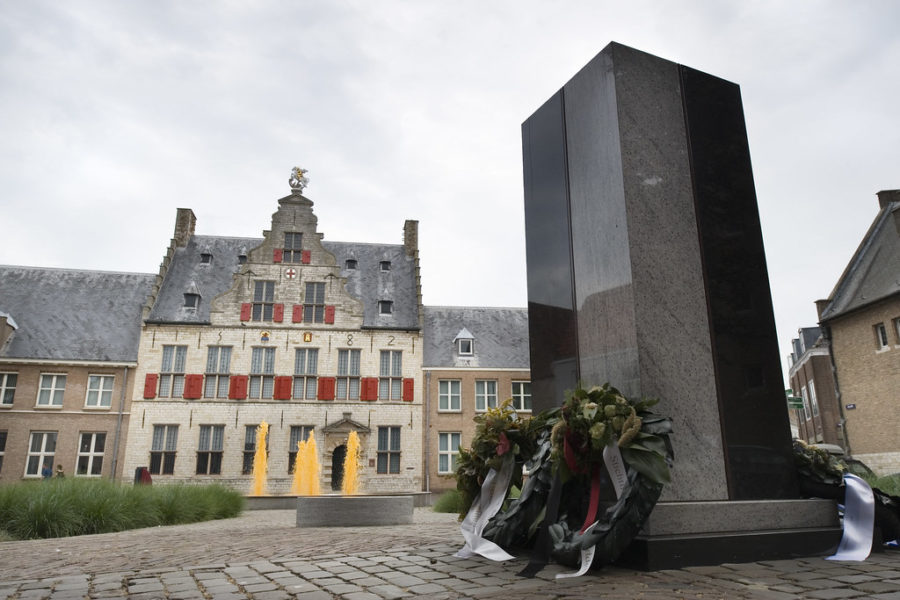 The story of Middelburg’s slave trade can be tracked down if you are persistent. It is preserved in the exceptionally detailed records kept by the company officials. These old logbooks, which cover 113 Atlantic voyages, are so complete that they were added to Unesco’s Memory of the World Register in 2011.

The logbooks reveal the commodities shipped from Middelburg that were used to buy African slaves. They included cheap glass beads made in a Middelburg workshop, along with strong alcohol, weapons and cloth. The ledgers also included maps indicating the regions of Africa where slaves could be found.

The entries are so detailed they reveal the exact price the Dutch traders paid for a slave. A young boy bought on the African coast in 1760 cost one soldier’s gun, 20 pounds of gunpowder, a cask of strong alcohol and ten pounds of tobacco. In total, the price represented just over one thousand euro in contemporary value. 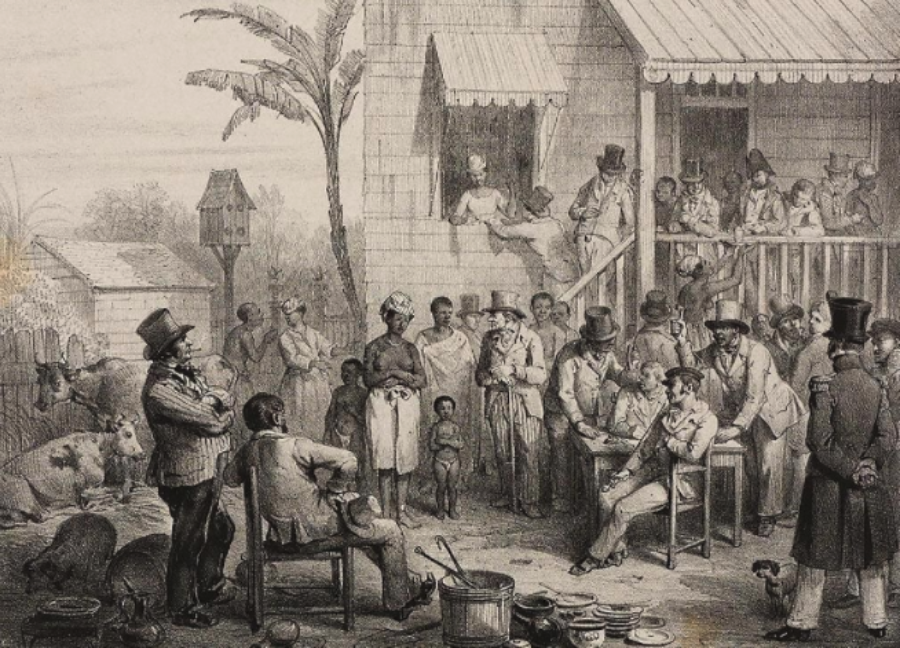 Public auction of an enslaved woman and her two children in Paramaribo, Suriname. Drawing by P.J. Benoît, Voyage à Surinam, 1839 © University of Amsterdam

The ships returned to Middelburg laden with sugar, cocoa, coffee beans and tobacco. The goods were stored in warehouses scattered across the city. But the main storehouse was the MCC warehouse on the square where the Zeeland Slavery Monument now stands as a sober reminder of an inhuman trade.